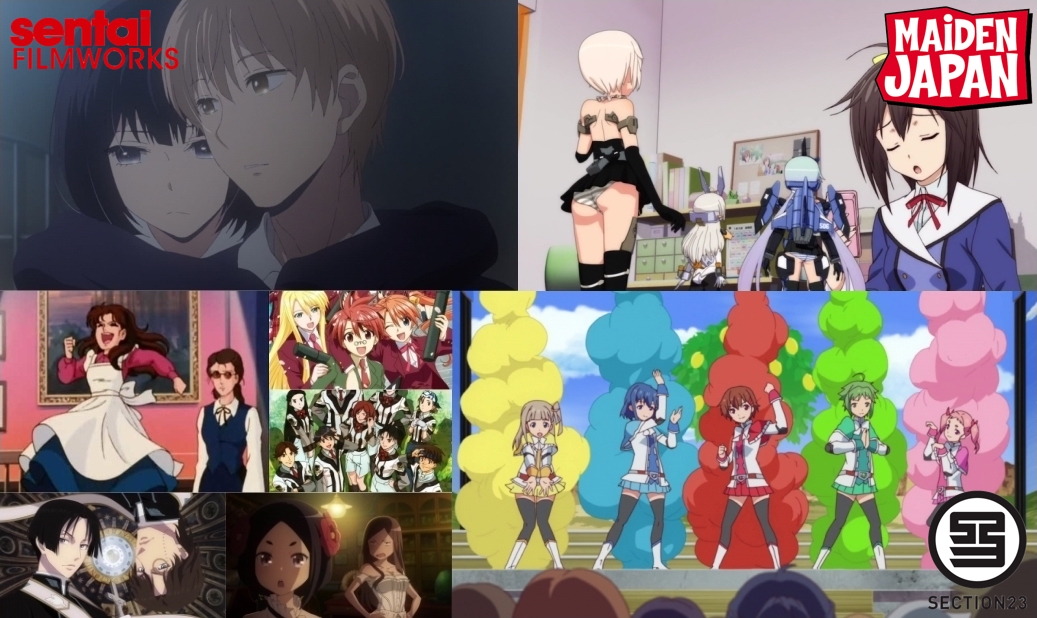 Section23 Films is itching to get a very robust fall started on a good foot this September, one with a plethora of new and classic anime that will surely please any fan of the genre! Living figurines, local super heroes, and the Pope's finest supernatural team are what's to come as the leaves start turning red! 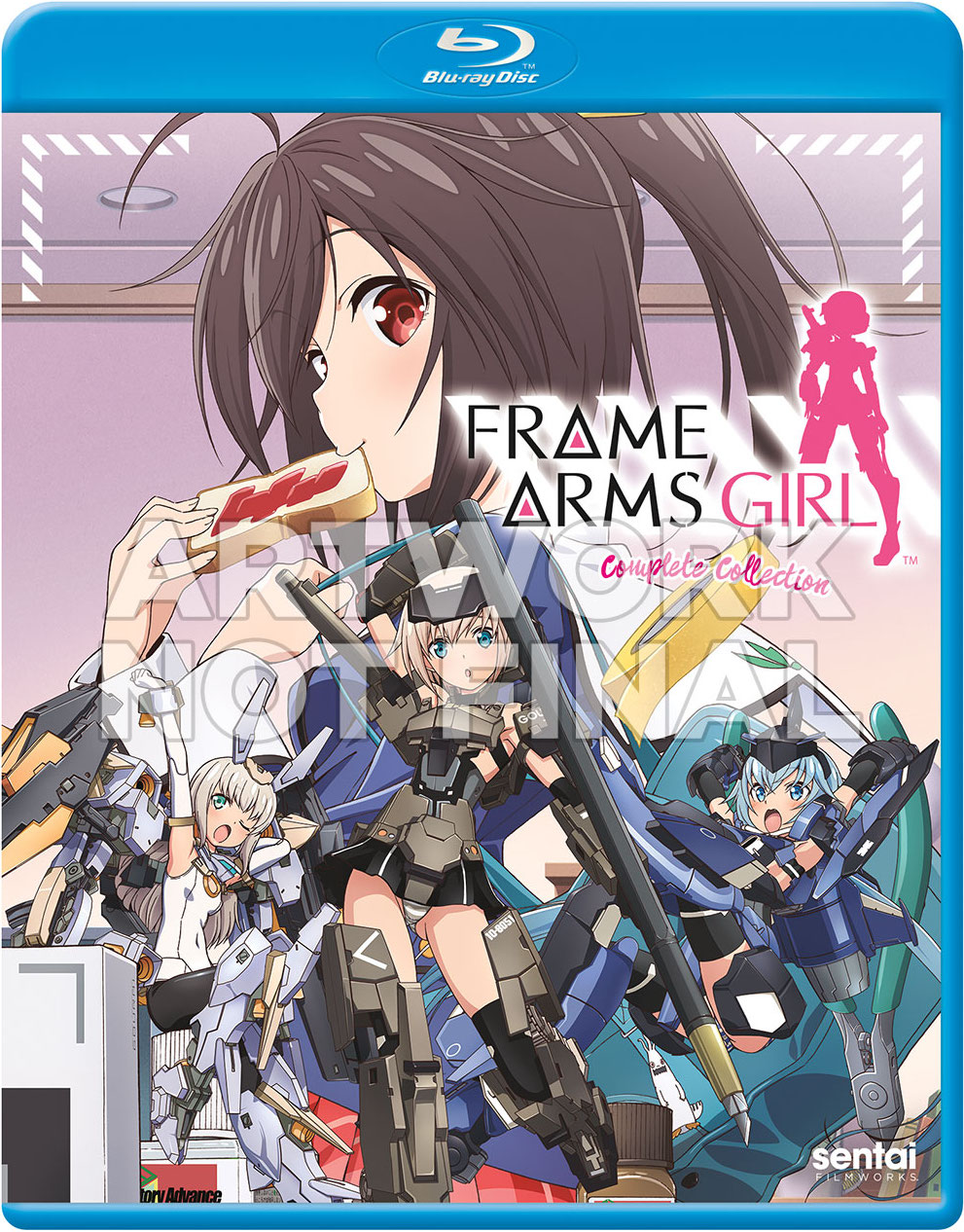 The release schedule kicks off with the first season collection release of Frame Arms Girl on September 4th! When Ao finds a package on her doorstep, she thought it was a present from her dad. Instead, it was something truly unexpected: a walking, talking, miniature artificial person named Gourai! With the intelligence of a ten-year-old human and a selection of snap-on weapons and armor, Gourai makes Ao's life more complicated as two more AI girls, Stylet and Baselard, arrive intent on testing her combat capabilities! Ao has seemingly been chosen to help test a new toy line, with the good news of her being paid for hosting her diminutive charges' battles! Of course, since they're mainly interested in fighting and gathering information, things are going to get awkward when they follow her to school. 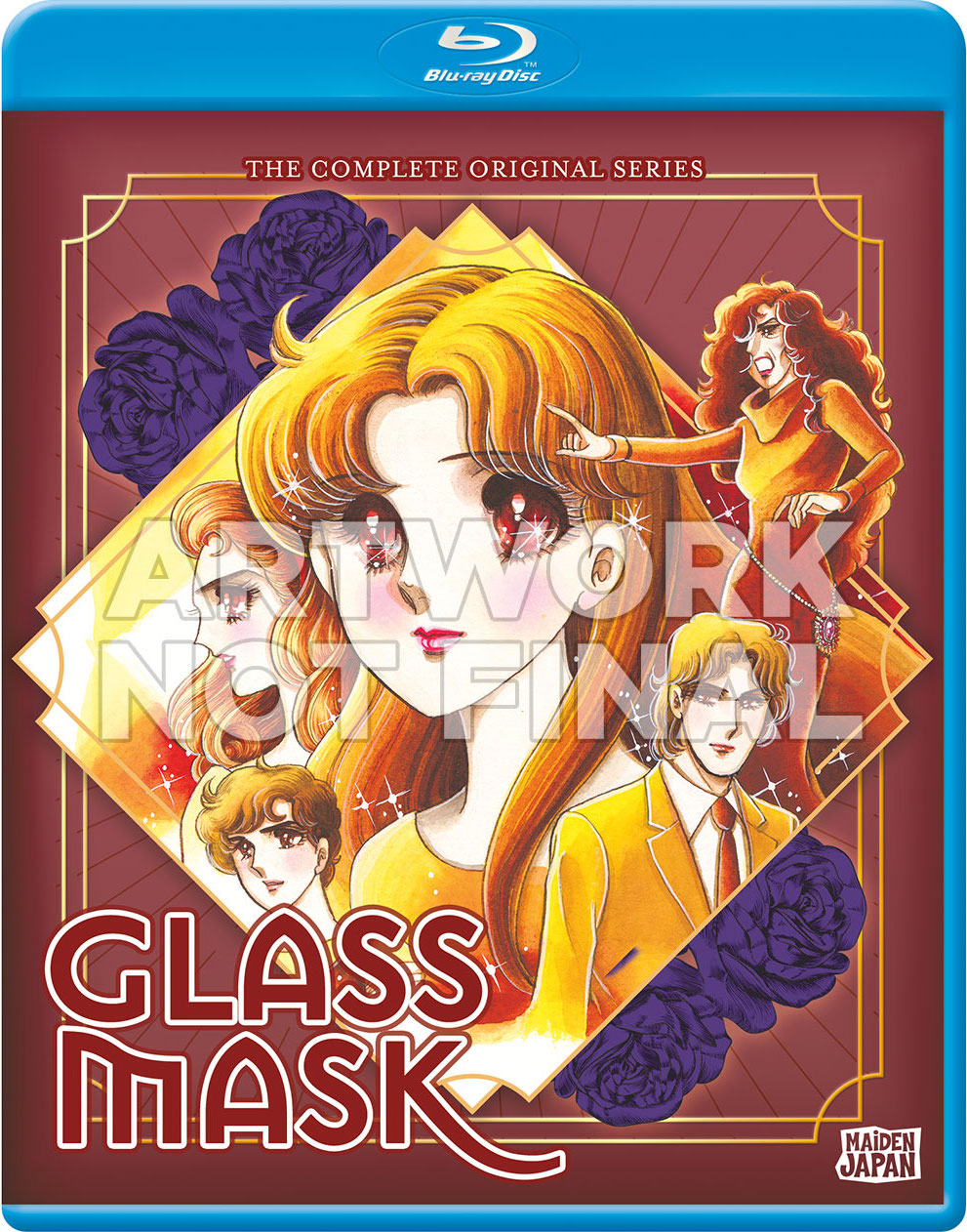 If you're looking for something a bit more in the vein of retro anime, September 4th will also see the release of the 1984 anime classic Glass Mask! Plucked from obscurity by the legendary actress Chigusa Tsukikage, 13-year-old Maya Kitajima is given the chance of a lifetime and the opportunity to study at a legendary acting school. She'll also find an archrival, however, and Ayumi Himekawa is as determined to be the greatest actress of her generation as Maya is. To succeed, each girl must conquer every acting challenge placed in front of her and then push even further as they aim for the same ultimate goal: the role of the Crimson Goddess in the play of the same name, a part created by Chigusa herself. 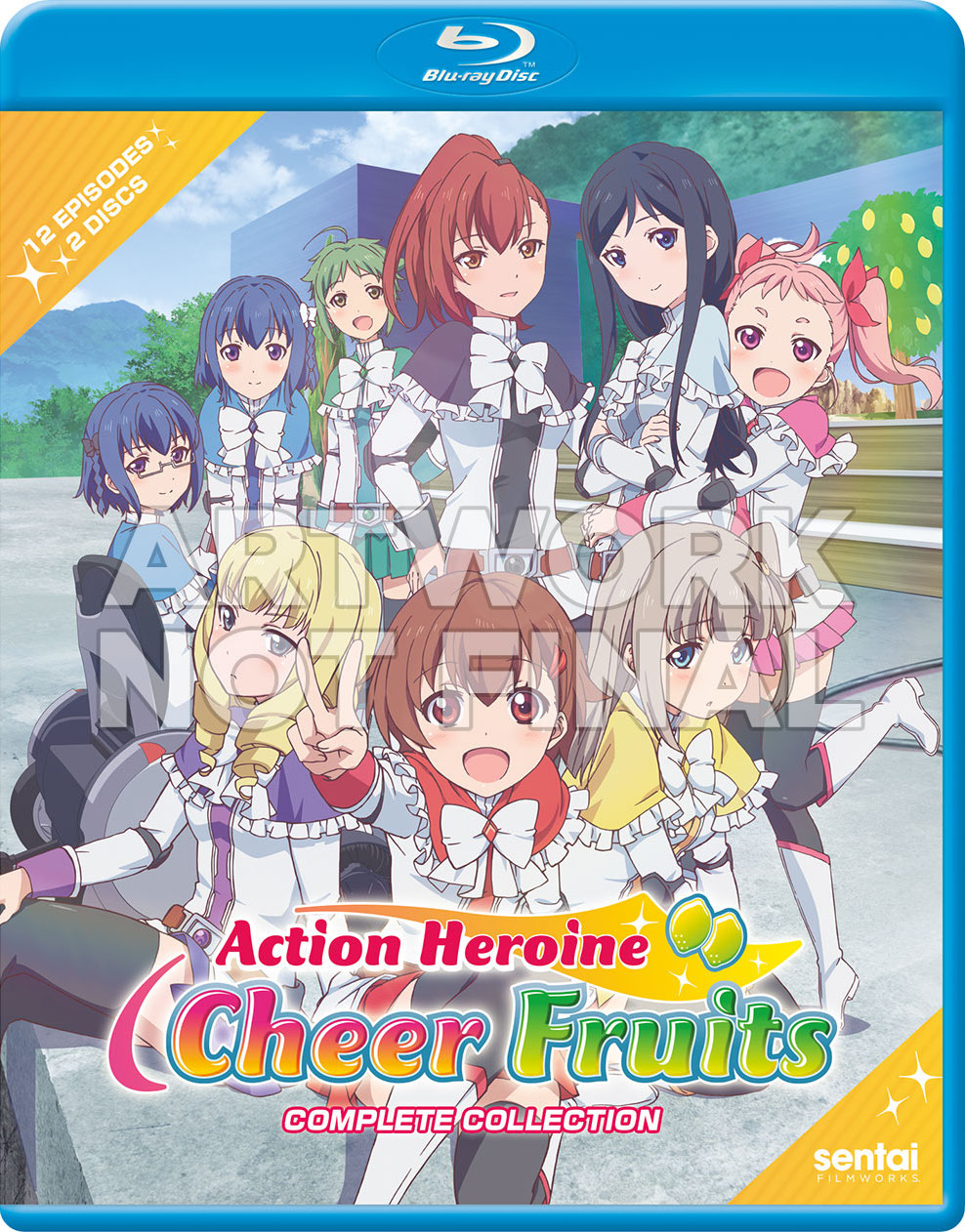 Anime knows that heroes can be found even in the most local of areas, a fact showcased in the September 11th release of Action Heroine Cheer Fruits! Ann may seem like a normal girl, but she's obsessed with the "local super heroines" who perform in shows that promote regional products and tourist sites across Japan. When Ann is approached by Mikan to put on a private heroine show for Mikan's younger sister, Ann jumps at the chance to live out her fantasies. But when student council president Misaki sees the two girls rehearsing, she realizes that a local superhero show might be the way to rescue their town from serious financial jeopardy! Can all the girls and resources needed be found in the short time before the bills come due? 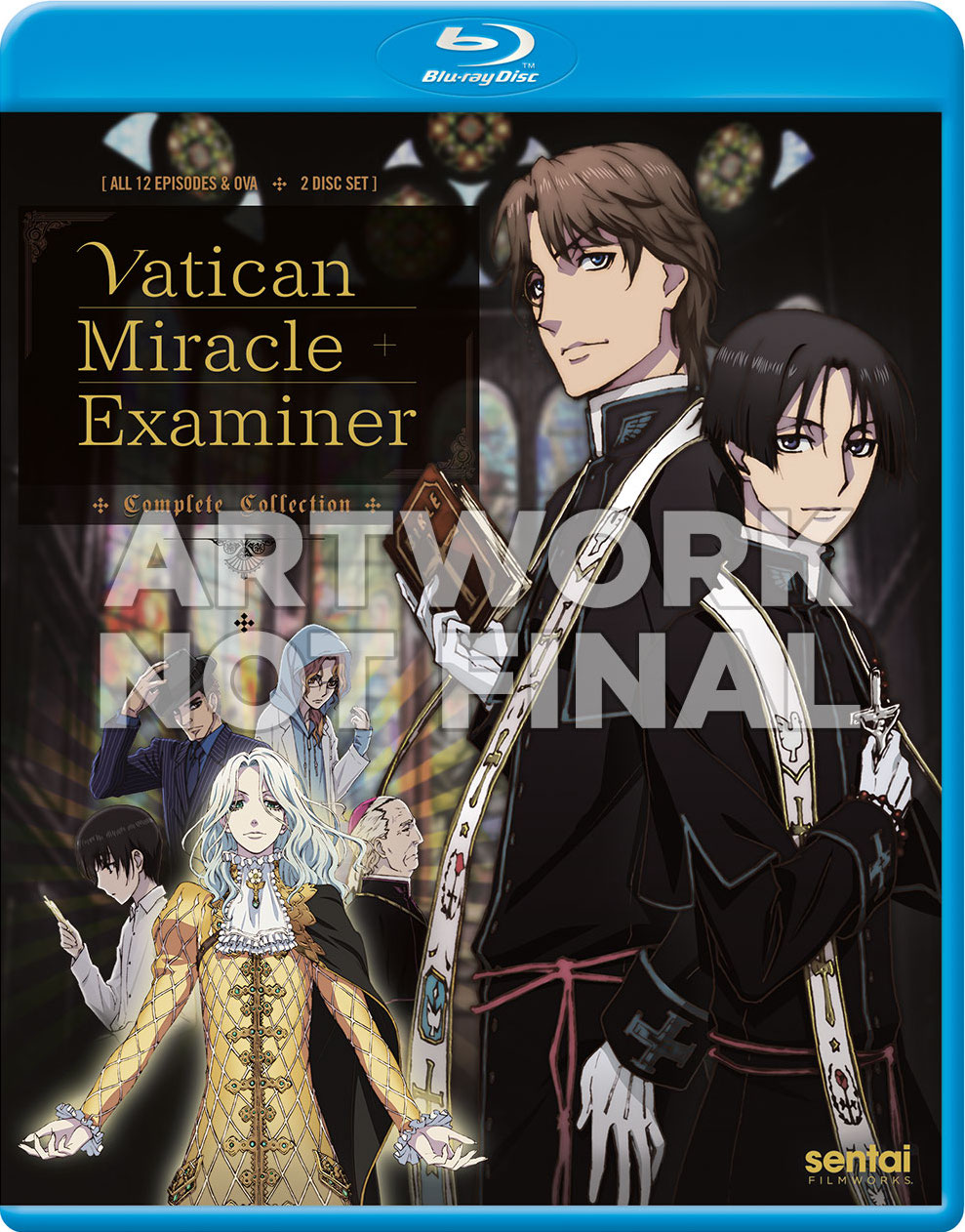 September 11th will also play host to another kind of hero, albeit ones that do the lord's work by ridding the world of the supernatural in Vatican Miracle Examiner! When something impossible happens that seems to be the work of supernatural forces or higher powers, it's the job of the Assembly of Saints to investigate. Their task is to determine whether each incident is explainable via previously undisclosed information, a part of some plot to take advantage of the people's faith, or a genuine miraculous event. Priests Josef Kou Hiraga and Roberto Nicholas specialize in unveiling the truth and unearthing secrets that others might wish to keep buried, but when they're sent to Mexico to investigate reports of a virgin birth, they end up in danger of being buried themselves. Murder, demonic summoning, and deals with the devil are just the beginning of a new war against the ultimate darkness! 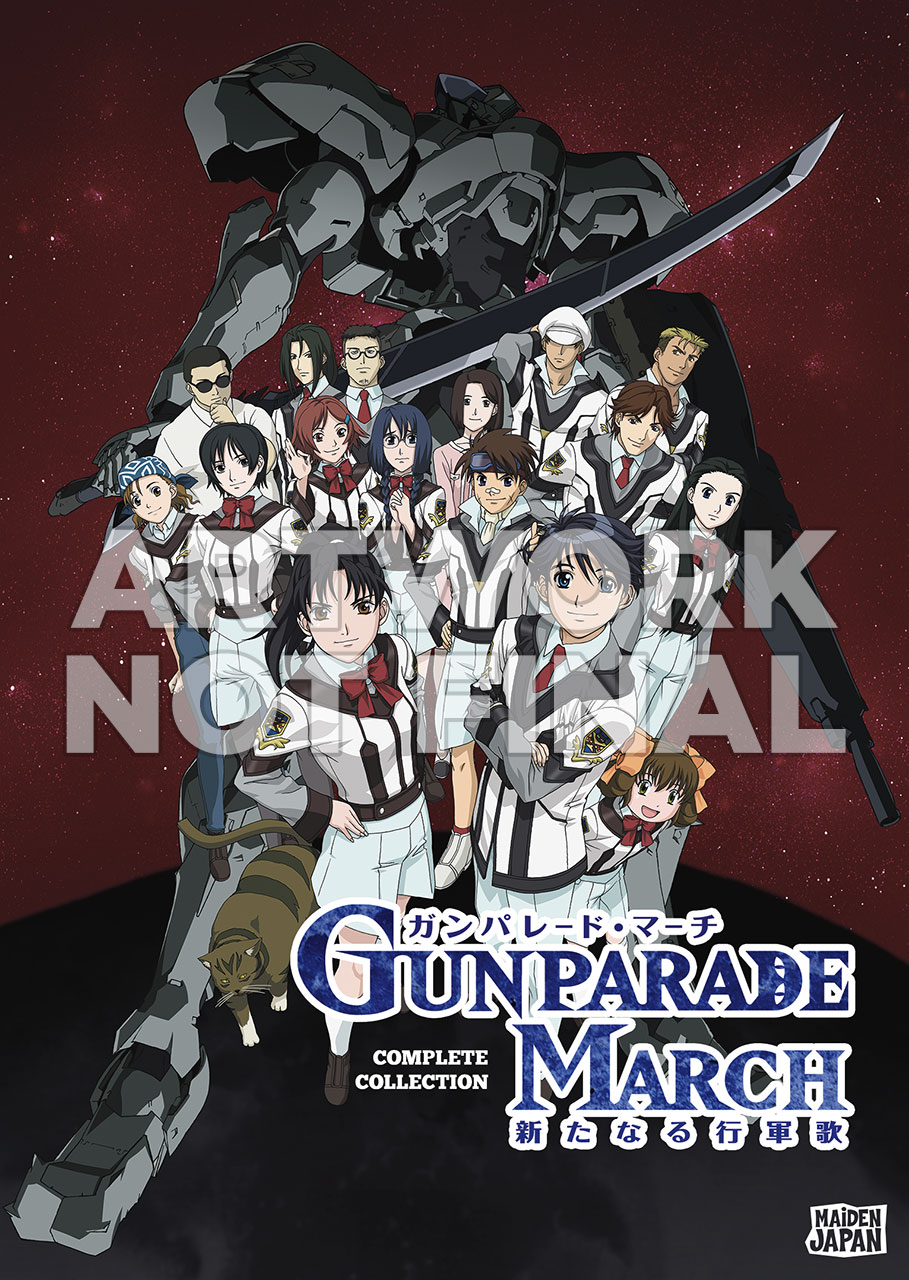 Two anime from the previous decade are set to arrive on September 18th, with 2003's Gunparade March first on the lineup. In 1945, the alien invasion ended World War II and united humanity against a common enemy. Now, half a century later and after countless deaths, a new group of teenagers has been drafted to train as pilots of the advanced combat mecha known as Humanoid Walking Tanks. For Atsushi Hayami and the rest of Unit 5121, the odds of living to see their twenties now depends on the hardened battle steel of their armor, the courage and strength of their comrades in arms and the tactics of superior officers who see them as game pieces to be played against the Phantom Beasts. Friendships and love blossom against a battle-torn landscape, and every day is another desperate struggle to survive a seemingly endless war! 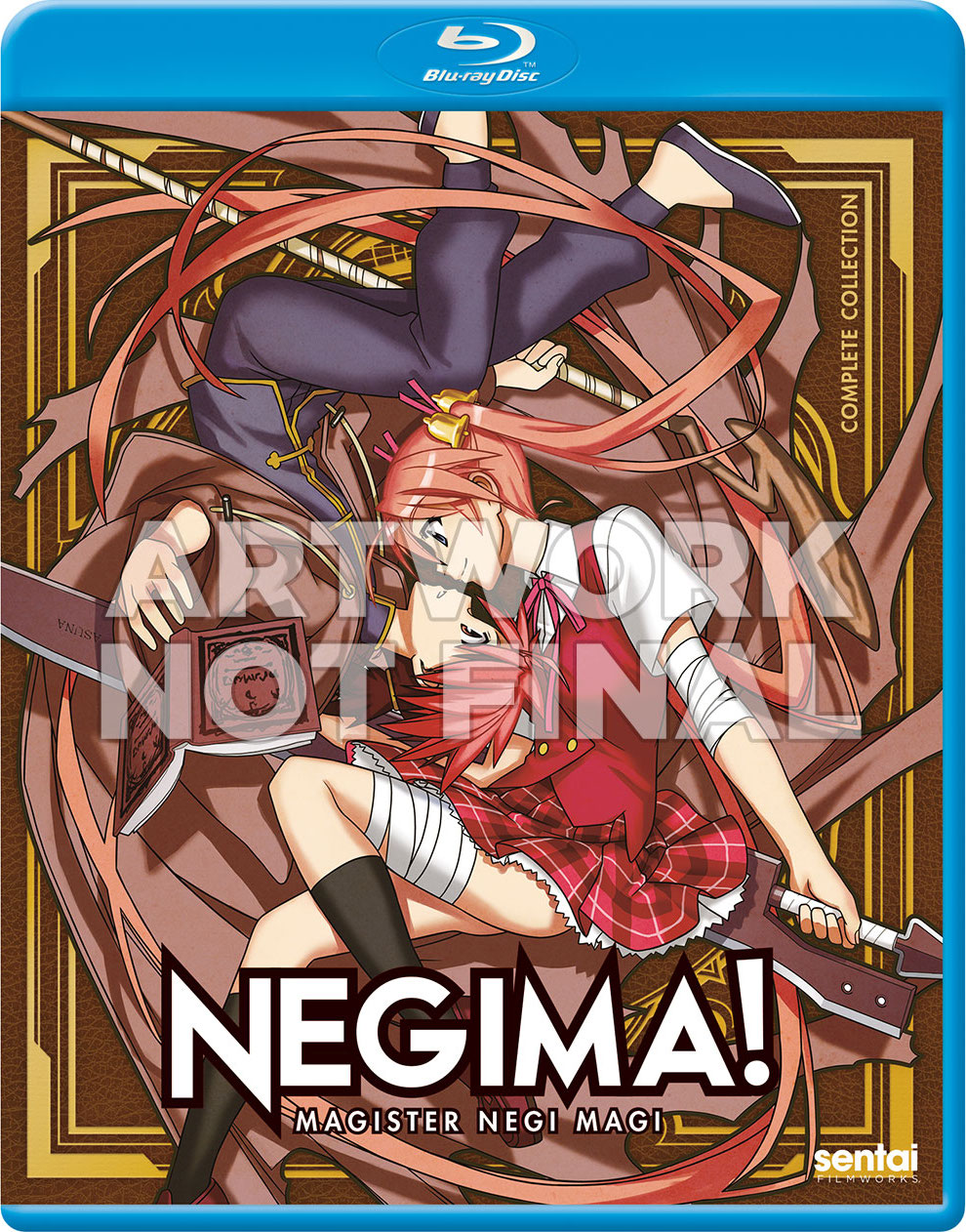 Ken Akamatsu's classic Negima! returns to a new home also on the 18th! Putting a 10-year-old boy in charge of a class full of teenage girls would normally sound like a really bad idea, but that's what Negi Springfield has to do when he's assigned to teach English at the exclusive Mahora Academy. Making matters worse, the class in question is Class 2-A, where the students all have unusual skills and secrets and some aren't even human! Fortunately, Negi is secretly a wizard, which is a good thing since Negi's lesson plans are constantly being interrupted by ghosts, vampires, ninjas, time travelers and even cheerleaders! Can magic help when more than a few of his students start to have romantic feelings towards him? 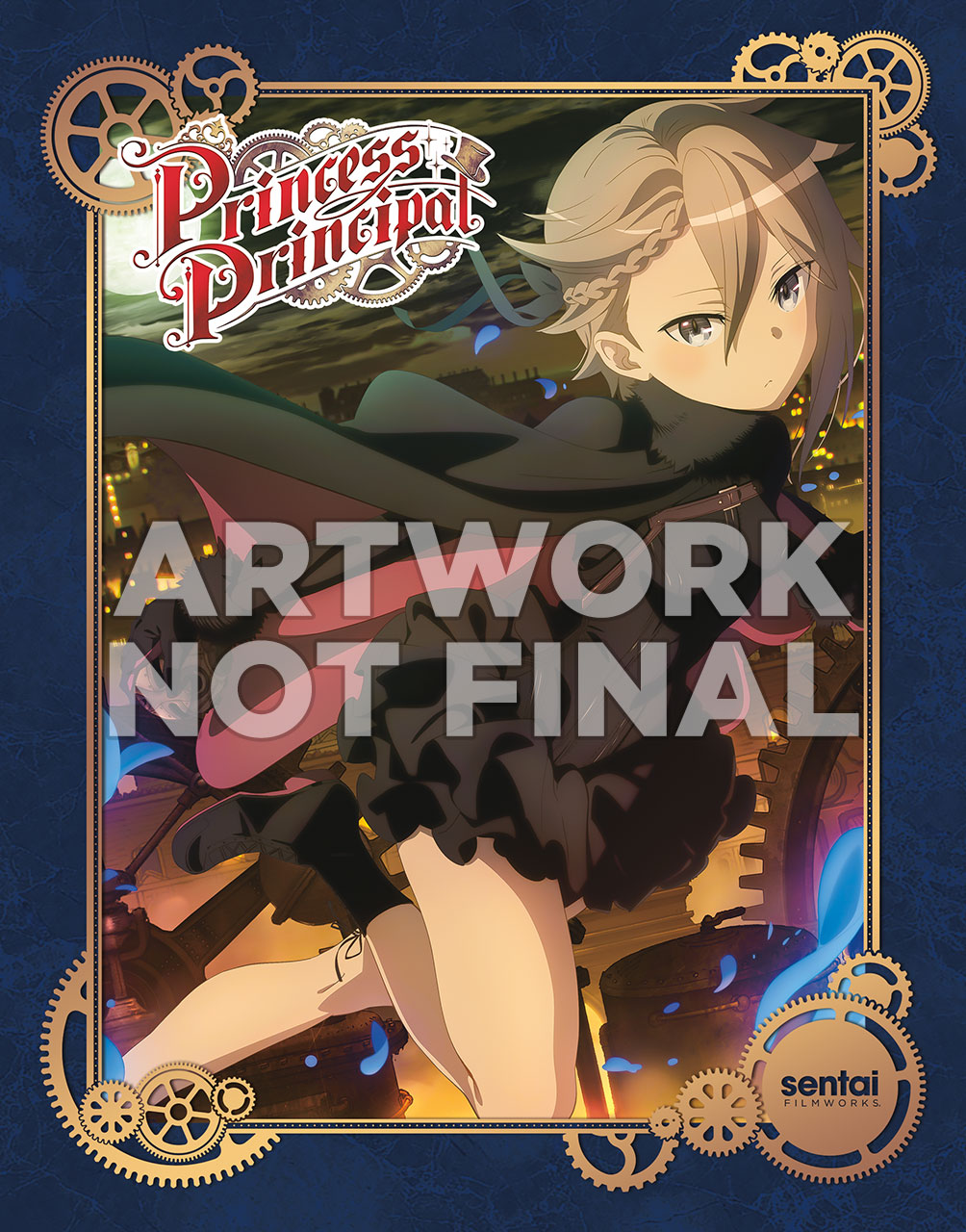 A couple of 2017's most-talked about anime finds themselves going neck & neck with each other on September 25th, with the beloved first season of Princess Principal arriving in both a regular and limited edition box set! Early in the 20th century, the discovery of Cavorite, an anti-gravity substance, gave birth to a technological renaissance including the development of giant airships and other fantastical inventions.  However, the scientific revolution was not the only one afoot, as Great Britain was torn in two by an armed rebellion when the oppressed poor finally turned on the ruling elite. Now the Commonwealth has a plan to take Albion by stealth, substituting their undercover operative Ange for the beautiful young Princess Charlotte. But Charlotte and Ange both have surprises in store for their respective governments and instead hatch a plan wherein the Princess herself will act as an agent in exchange for help in claiming the throne! The limited edition of Princess Principal will contain three behind-the-scenes booklets, four metal coasters, and a fabric poster. 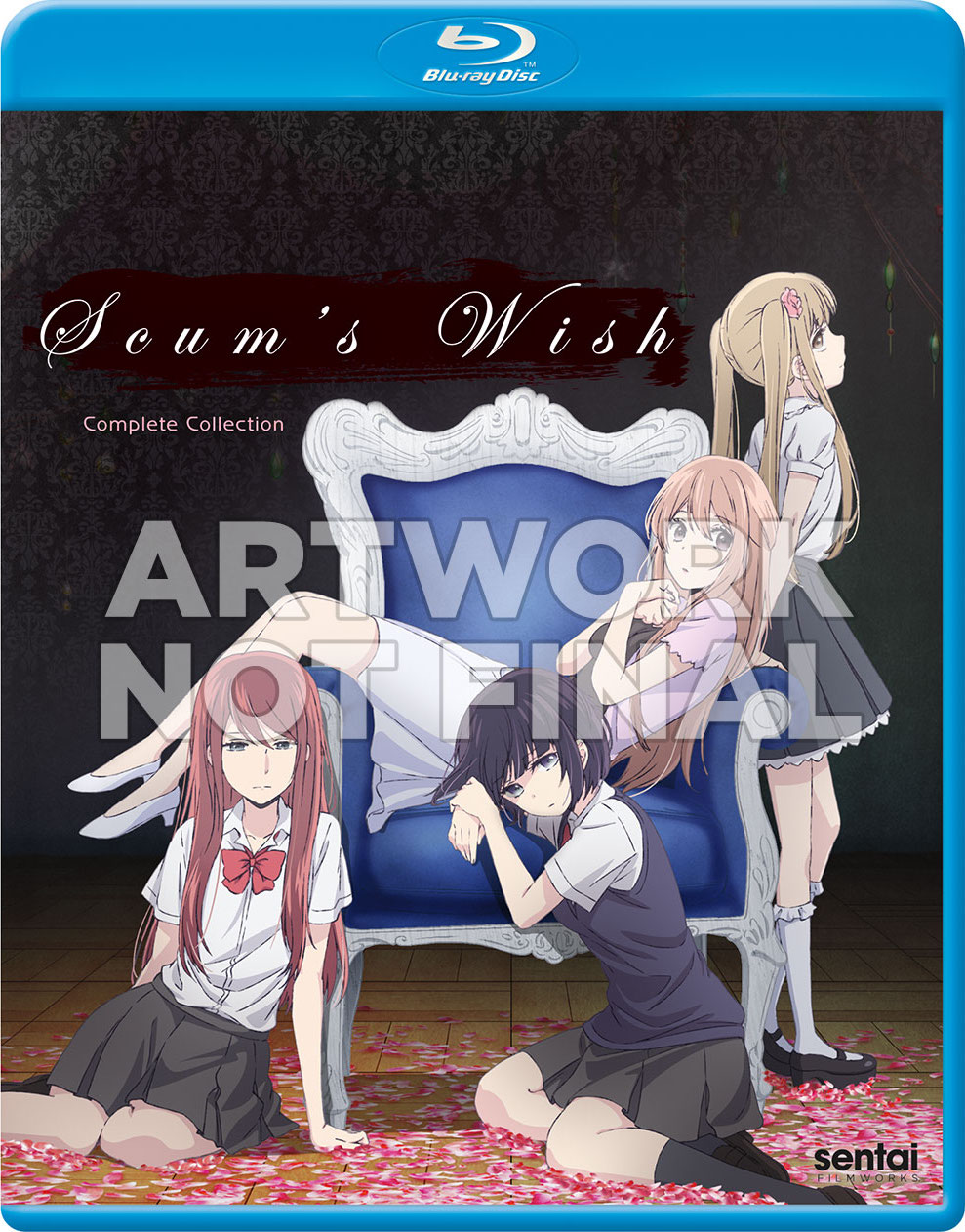 Lastly, the controversial Scum's Wish lands a wet one on the 25th as well! Hanabi has loved her older friend Narumi for years, but she's still in high school and not only is Narumi now her new homeroom teacher, he's also clearly in love with the music teacher, Akane. And as awkward as being the unwanted third in a romantic triangle can be, things become even more twisted for Hanabi when she learns that another student, Mugi, is in love with Akane. That leads to a strange idea: since the ones that Mugi and Hanabi are in love with aren't available, the two unrequited thirds start to explore the idea of becoming each other's substitute surrogate relationship. It's not about romance, only sex and convenience. Or at least that's what they keep telling themselves as love's wires become hopelessly crossed and ensnarled!