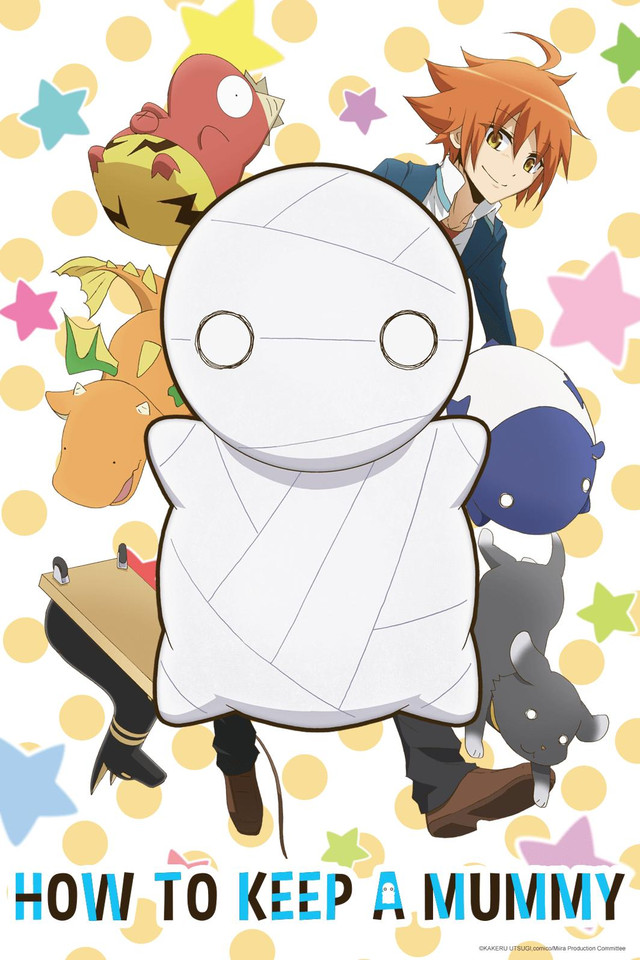 There are certain sounds that should never come out of a grown man's mouth. Cooing, awing, squees, eeks, and even the slightest sniffle caused by a single tear are just some of the things a guy like has to bundle up into a ball of feelings and lock them away for no one to see. And yet, here comes How to Keep a Mummy with the combination to that lock, prying the door open, and ripping apart that ball of sensitivity right in front of my eyes. No doubt about it: this anime wants you to feel like no anime has ever made you felt before.

The mere presence of How to Keep a Mummy is rather silly. Sora Kashiwagi (Mutsumi Tamura) finds himself in the care of the tiniest mummy the world has ever seen, after his adventurous father sends it to him after a trek through Egypt. At first, the kid is hesitant to watch over the little guy, as previous packages from his dad have tried killing him or made his life miserable. No sooner does he start worrying when the mummy, dubbed Mii-kun, shows his true intentions: to be cuter than the most complex of sciences allows. From there, Sora cares for Mii-kun as one would with a newborn kitten, as the bundle of love wrapped in bandages gives the boy a new stance on life. 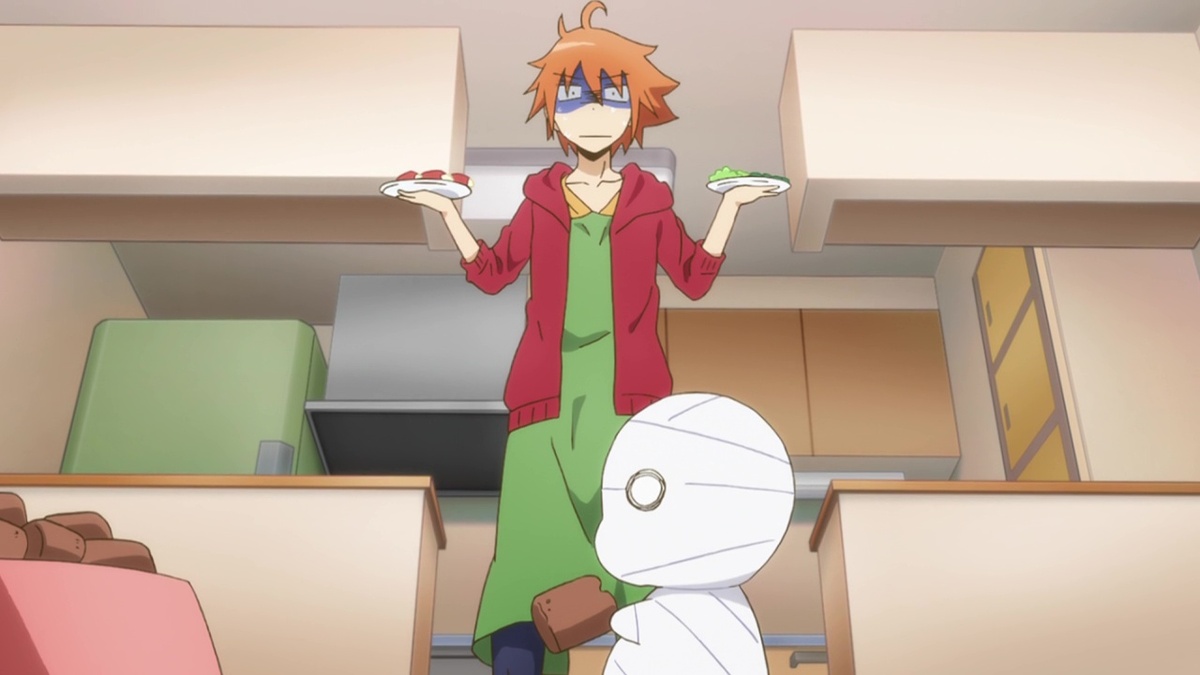 Sora's friends soon find themselves wrapped up in these supernatural adventures, with each of them receiving their own cute pets based on classic yokai and fantasy characters. Tough guy Tazuki Kamiya (Keisuke Komoto) discovers a little oni demon that follows him home, soon naming him Conny. The cheerful Asa Motegi (Himika Akaneya) winds up taking in the sweetest dragon imaginable, giving him the title of Isao. Finally, the sleep-deprived Taichi Tatsuaki (Seiichirō Yamashita) has his napping problems cured via the nightmare-eating baku creature, soon adopting him and dubbing the creature Mukumuku.

For the majority of How to Keep a Mummy, the series is about how these four friends are bonding with their newfound pets. As most of them are knowledgable about the existence of these sorts of creatures beforehand, it doesn't come as a surprise when they enter their lives. (Asa does have a fit about Isao at first, but it's more due to a fear of lizards than it being a legit dragon.) But as the show progresses, the characters learn new things about how the mystical creatures think, eat, play, and even react to different surroundings. 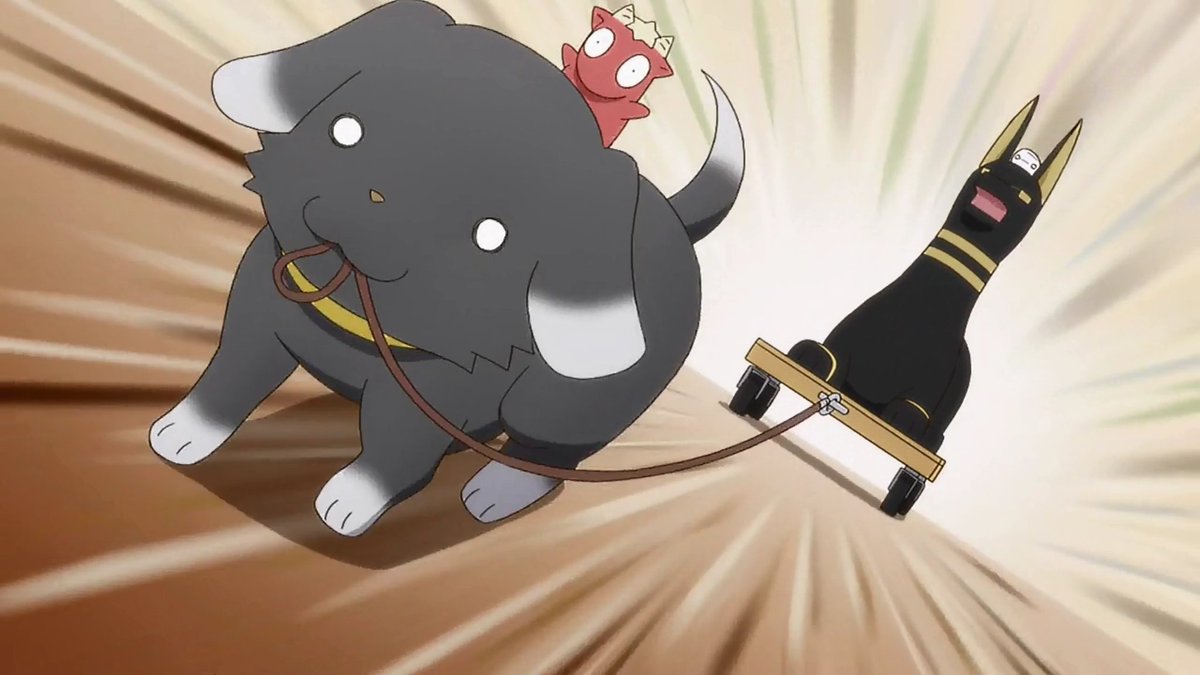 It's not the most exciting show to watch about monsters or creatures, but that's not the type of story How to Keep a Mummy wants to tell. Instead, it's more about taking something that many people fear and transform it into something you'd be comfortable with. We've all seen either Boris Karloff or Brendan Fraser films about freaky mummies, or watched demons spill havoc all across the globe in many a comic book or religious text; but could you honestly look at the characters of Mii-kun or Conny and believe for one second that they'd be capable of creating chaos? Heck, with the 21st century already giving way to cute dragons like How to Train Your Dragon's Toothless and Kanna from Miss Kobayashi's Dragon Maid, little Isao has somehow found a way to make the scaly creatures even more adorable!

Perhaps what makes this anime more endearing is how these creatures feel about their newfound owners. One of the best examples involves Mii-kun, Conny, and Isao leaving little notes lying around Sora's house for he and his friends to find. It takes no time at all for the moment to go from being mere cute to a level of sweetness that'll make you cry harder than you ever could for a show about a mummy. I dare you to show your toughest friend this series, and I will guarantee you that they will break down into an emotional mess! 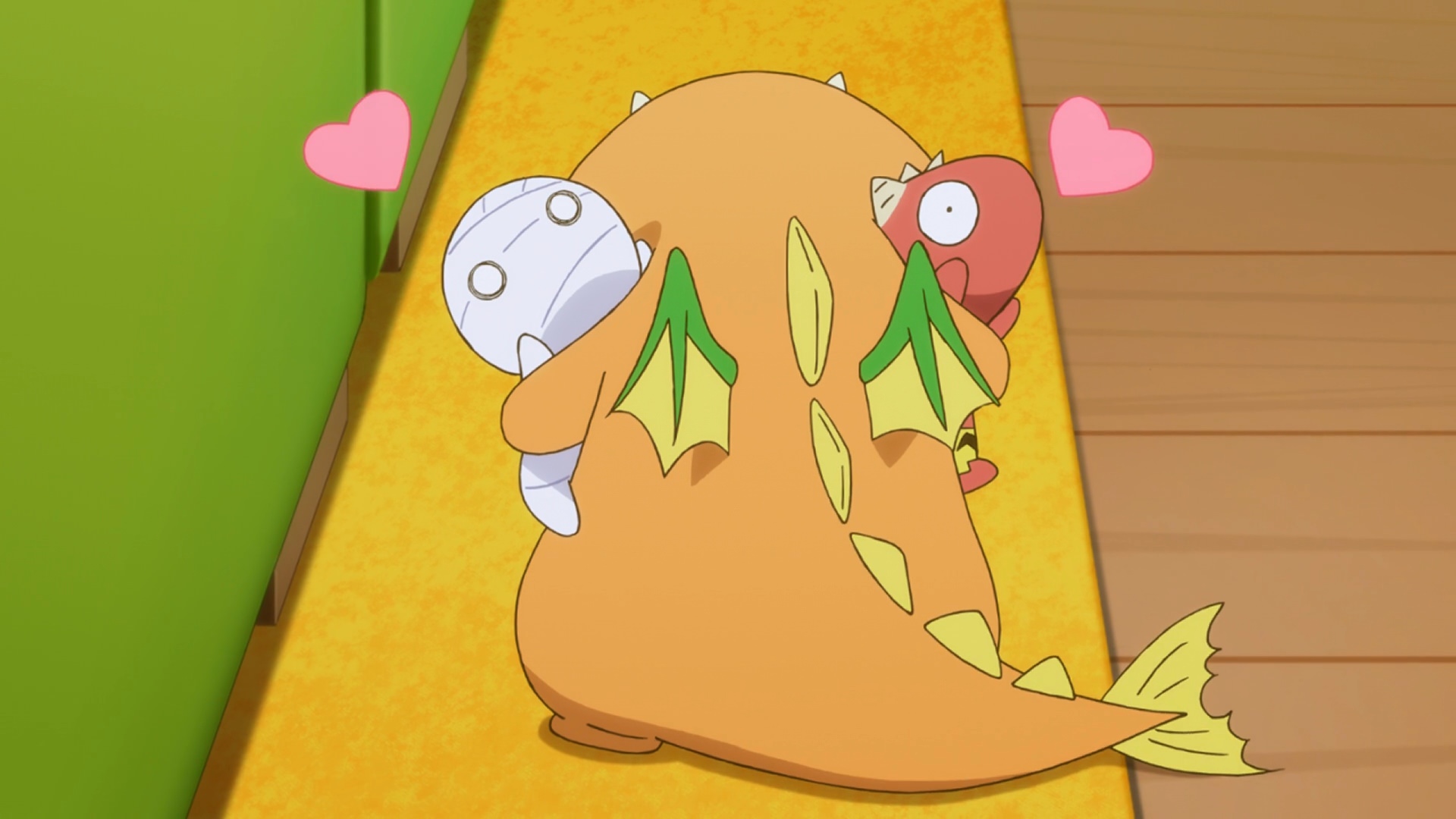 Out of all the new anime that's come out this season, How to Keep a Mummy is the one I recommend most for parents to show their kids. It's not the best anime of the bunch, but it is by far the most well-made, family-friendly anime I've seen since Non Non Biyori. Normally I would scoff at the idea of anime being family-friendly, but in this rarest of occasions, I commend this anime to be one that anyone -- young or old -- can just sit down and enjoy without having to worry about something too mature for the little ones to flash out of nowhere. And best of all, it won't make the parent watching along cringe like most American-based kid-friendly shows.

It also helps that the series looks very colorful, a necessity to keep a child's attention span going for twenty-four minutes. 8 Bit Studio (Knight's & Magic) does a wonderful job emphasizing the adorableness of Mii-kun and his pals throughout each episode's run time. Although the human characters can look a big generic and jagged in places (something about Asa's goofy-looking eyes weirds me out for some reason), the attention placed on the creatures is what's most important. Their unique looks help to make them stand out from other mummies, demons, dragons, and...I want to say anteater(?)-inspired creatures from past fictional works. 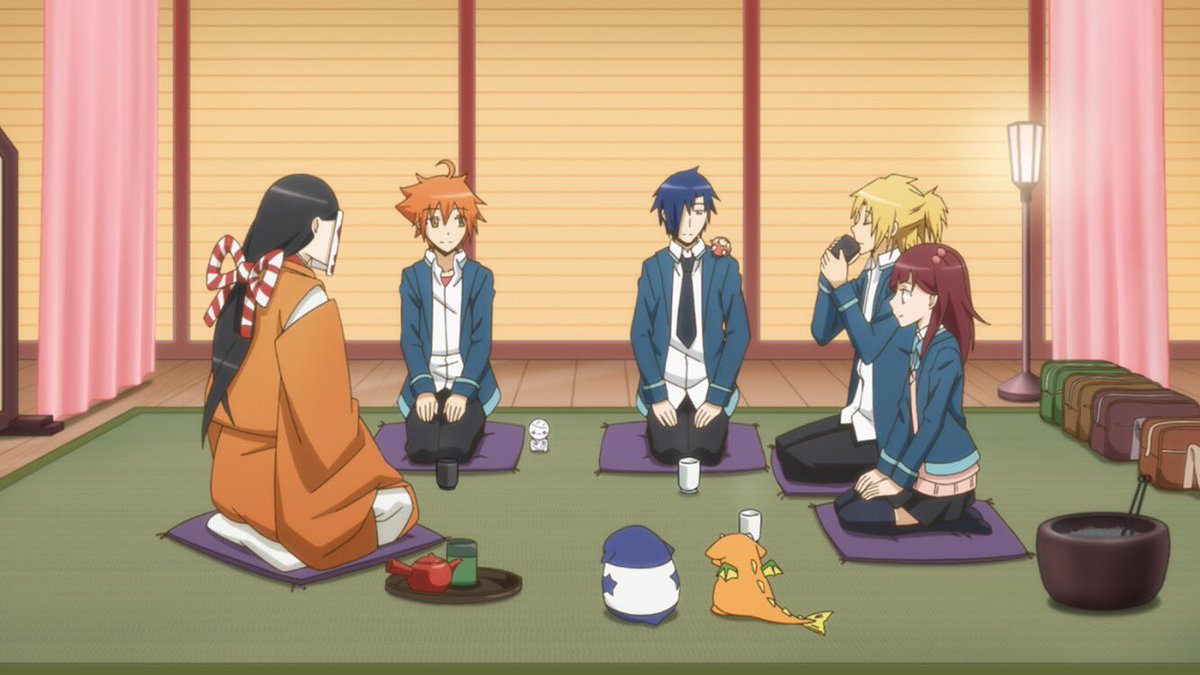 Even though the focus is on the non-verbal monsters, the main voice cast does very good work with filling in the blanks regarding back story and knowledge. Tamura brings a calm and concerning voice to Sora that makes him very down-to-earth and relatable, especially when the character is learning so much about Mii-kun. Komoto's Tazuki has a rough-and-tough outer coating in his voice, but delivers a charming rhetoric when joking at the expense of Conny's often dumb antics. Akaneya's Asa is brimming with almost the same amount of cuteness in her voice as the whole entity of her new dragon buddy Isao. Yamashita's Taichi is all right for the most part, but he hasn't had enough screen time as the others to really bring something noteworthy to the table.

The duo of Kenichiro Suehiro (Girls' Last Tour, Space Patrol Luluco) and MAYUKO (Galaxy Angel, D.C.: Da Capo) don a soundtrack that -- while pretty standard affair -- does a good job emphasizing the sweeter elements of the anime. Opening theme "Fushigi na Tabi wa Tsuzuku no sa" by Tsuribitto is a light-hearted track that does well with setting the tone for the series. It's Iketeru Hearts' end theme "Rosetta Stone" that will knock listeners' socks off, with some catchy vocals and a great melody that would make anyone attempt to do the official dance shown during the credits.

Check out the first episode above!

How to Keep a Mummy is the anime equivalent of eating a pint of Ben & Jerry's ice cream after a long, stressful day. It makes you feel good with every sugary spoonful it delivers, bringing back any sort of feeling or emotion you thought you lost long ago. Even the iciest of cold hearts would be no match for Mii-kun, Conny, Isao, and Mukumuku, perhaps giving way to true world peace if every leader throughout the country watched it! Okay, perhaps not, but please do yourself a favor and give How to Keep a Mummy a chance to make you feel whole again.

How to Keep a Mummy can be viewed on Crunchyroll and VRV. Episodes 1-11 were observed for this review. Promotional consideration provided by Crunchyroll.