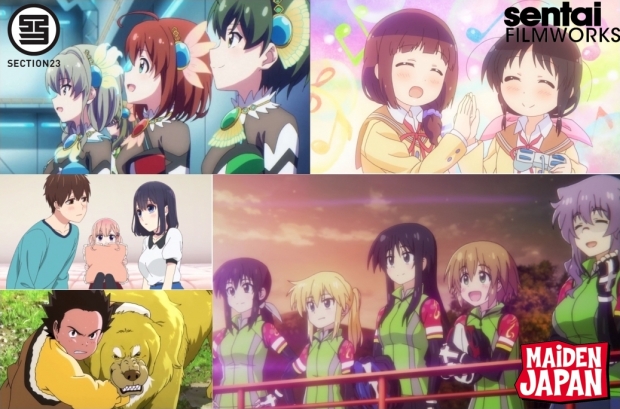 The summer weather gets off on the right foot in the month of July, as does Section23 Films with their upcoming slew of series and films that will be thrusted upon the anime fandom! 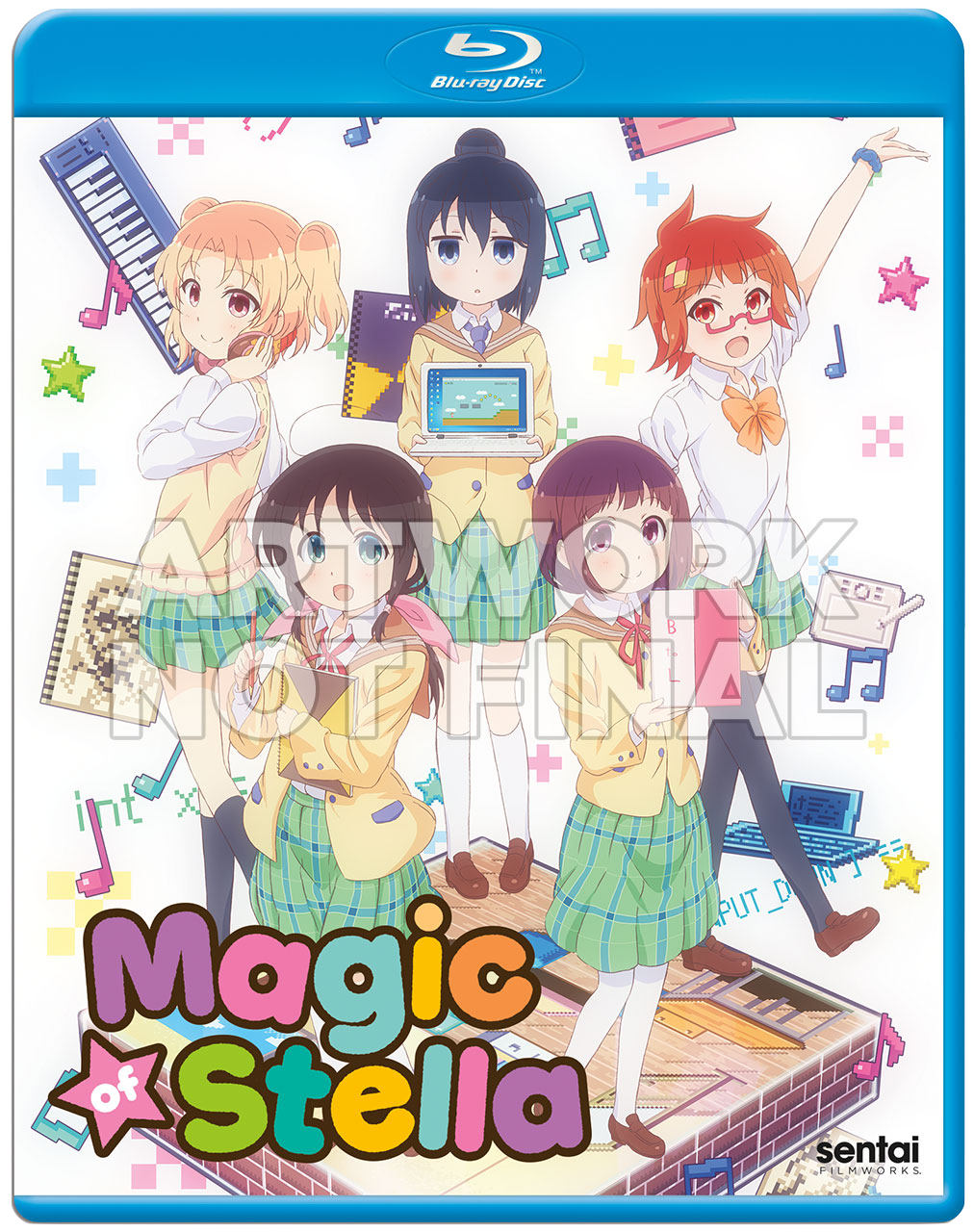 July 3rd is when the releases kick off with the complete collection of Magic of Stella! Excited about going to high school, Tamaki finds it hard to choose which club to join. That is, until she meets three girls who are making their own computer games! Reminiscing about the times she made board games as a kid, Tamaki takes the plunge and joins the group as their new artist. Now she, programmer Shiina, writer Ayame and composer Kayo are in a race against time to finish their game in time to show at the big "doujin" conventions. Meeting their deadlines won't be easy, especially since Tamaki has to learn on the job and Aya keeps getting distracted writing steamy love scenes. But where there's a will there's a way, and with the help of a bunch of talented friends, they just might be able to make it in time to create the Magic of Stella! 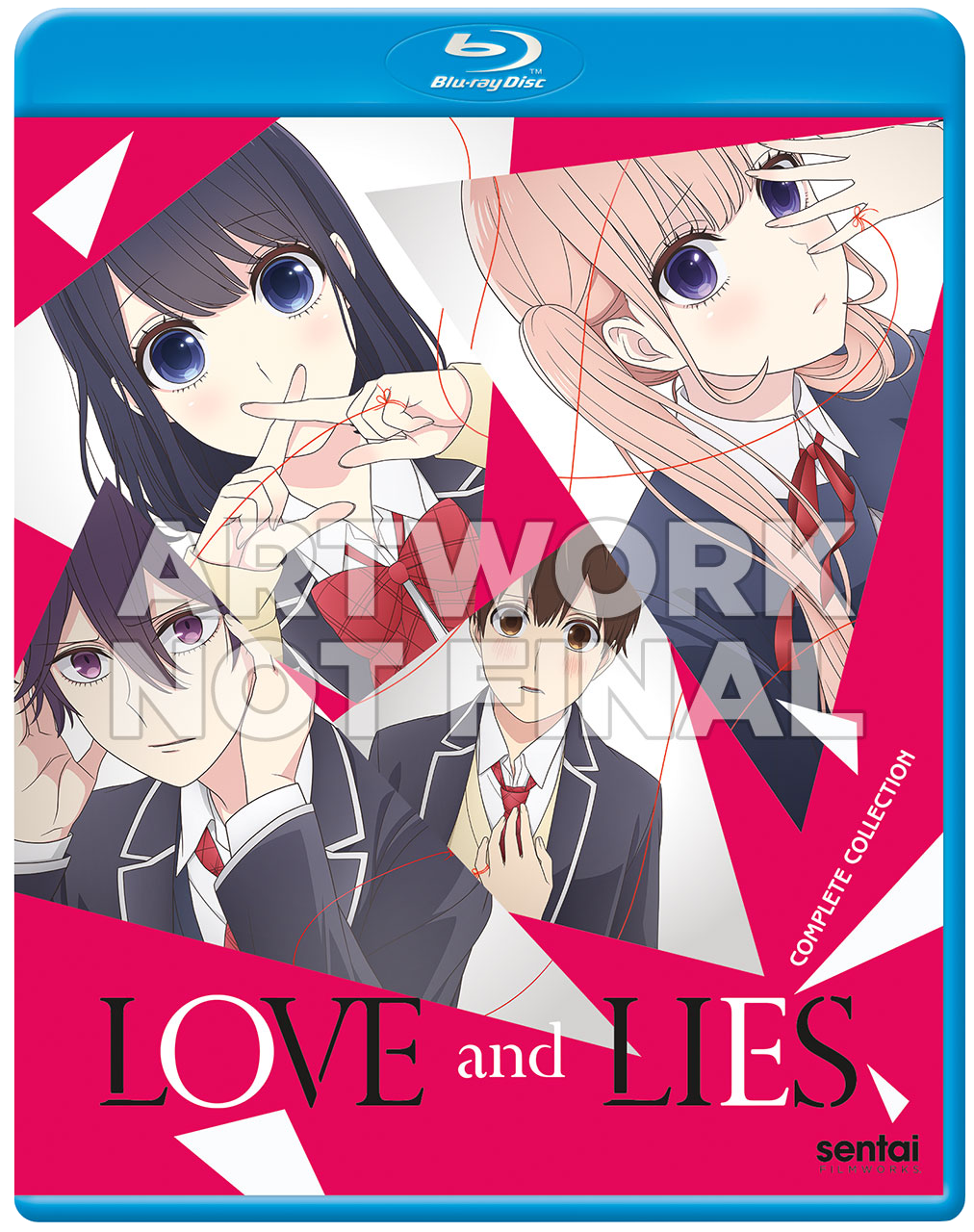 Love and Lies, which will be released on July 10th, tells the old story of Boy-Meets-Girl, only the government decides who you get to marry! In a world where high school student Yukari Nejima lives, the feelings of the parties involved don't matter to the government. So while Yukari loves his classmate Misaki and she feels the same way, their other classmate Ririna is going to be his mate! But an unexpected turn arrives when Ririna indicates that she's not against Yukari and Misaki being a couple. However, things get even more convoluted when Ririna finds herself attracted to both of them! Get ready for the ultimate case of unwanted government interference as everyone gets caught up in the romantic bureaucracy! 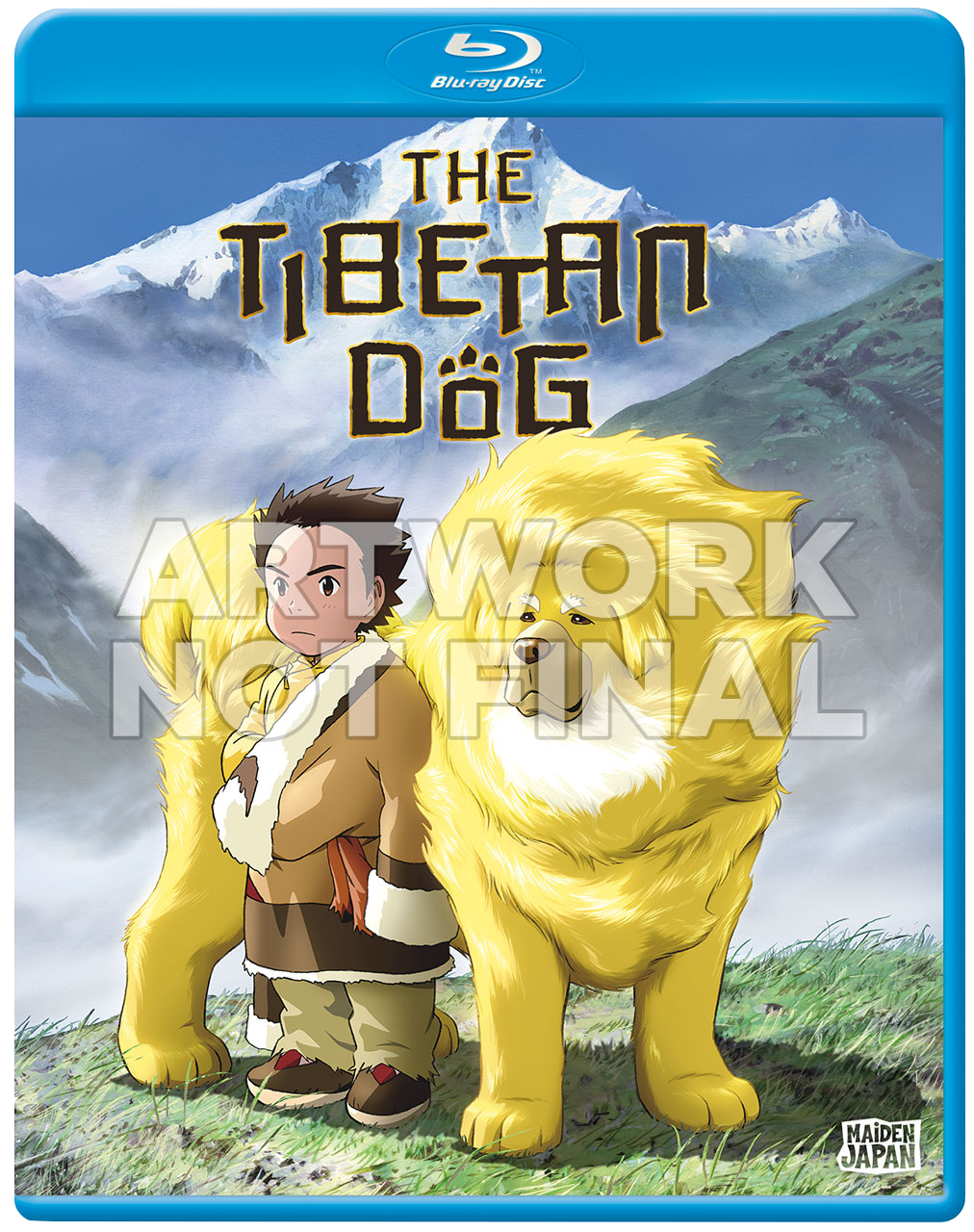 If complicated romance isn't your thing, Maiden Japan's July 10th release of The Tibetan Dog might be the heart-stealing tale you're looking for. Life hasn't been easy for young Tianjing since his mother passed away. Forced to move to the grasslands of Tibet where his father is the town's only doctor, Tianjing finds himself becoming even more isolated as he works the lonely job of a shepherd. It's a dangerous task as well, with wolves, wild dogs, and other animals prowling the countryside. Fortunately, he also finds a protector and friend in a stray golden mastiff that comes to his aide. When a new menace comes to terrorize the community, both human and canine will have to protect each other. 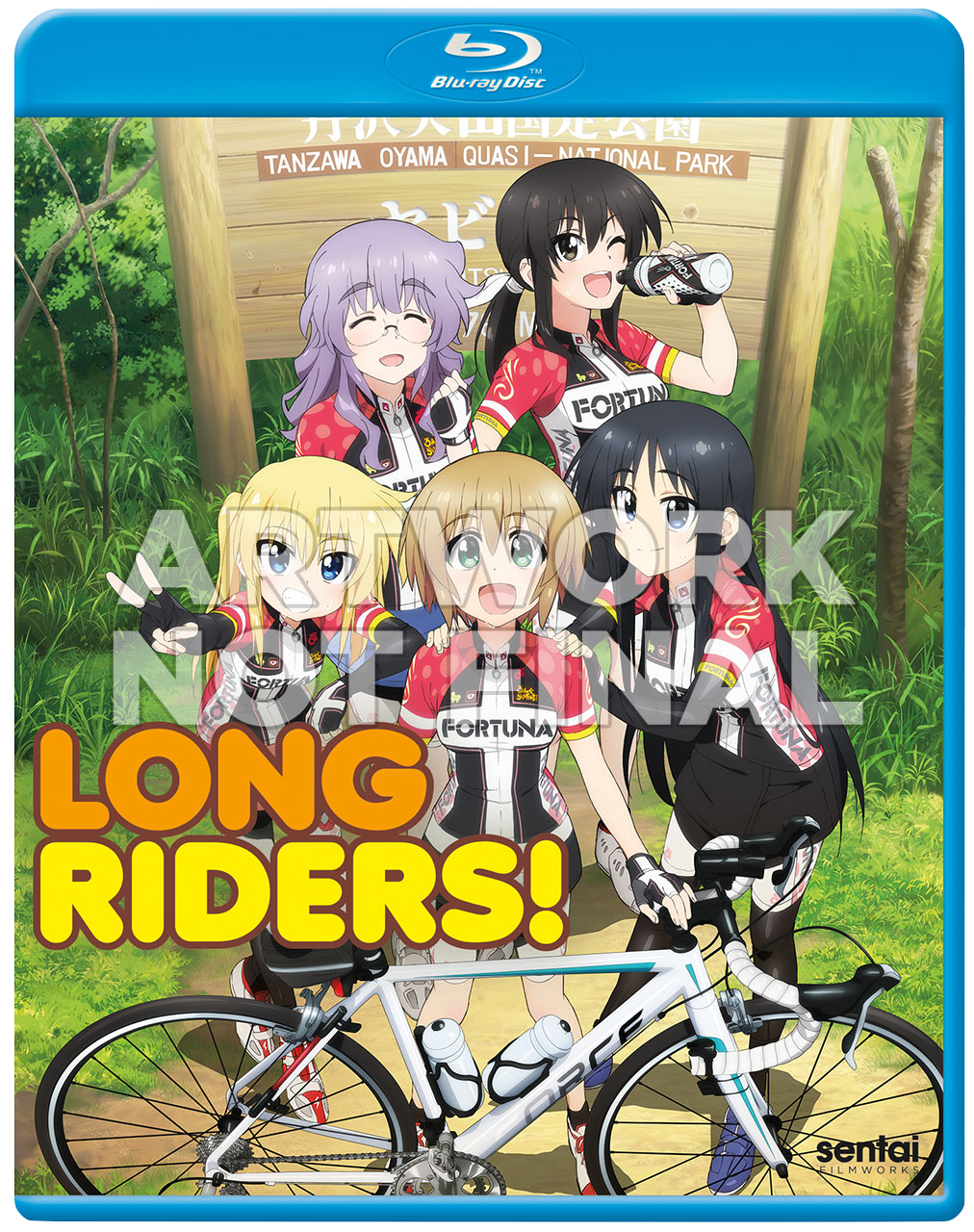 If you're like Freddie Mercury and just want to ride your bicycle, the July 17th release of Long Riders may be what those calves of yours are craving! Compared to her more athletic friend Aoi, Ami is a small, clumsy individual with low self-esteem. When she spots someone using a folding bicycle on the way home from class, she realizes that riding such a cute vehicle might be a perfect fit for her. Soon after Ami's bought her own bicycle, she and Aoi are going on biking trips in tandem! Ami then discovers the world is a much bigger place, as she and Aoi befriend a whole new group of folks who share their love of this sport, and the thrill of competing in long distance cycling events. Join in the fun and share in the adventure as a group of young women discover the joy of hitting the streets and touring Japan under their own power! 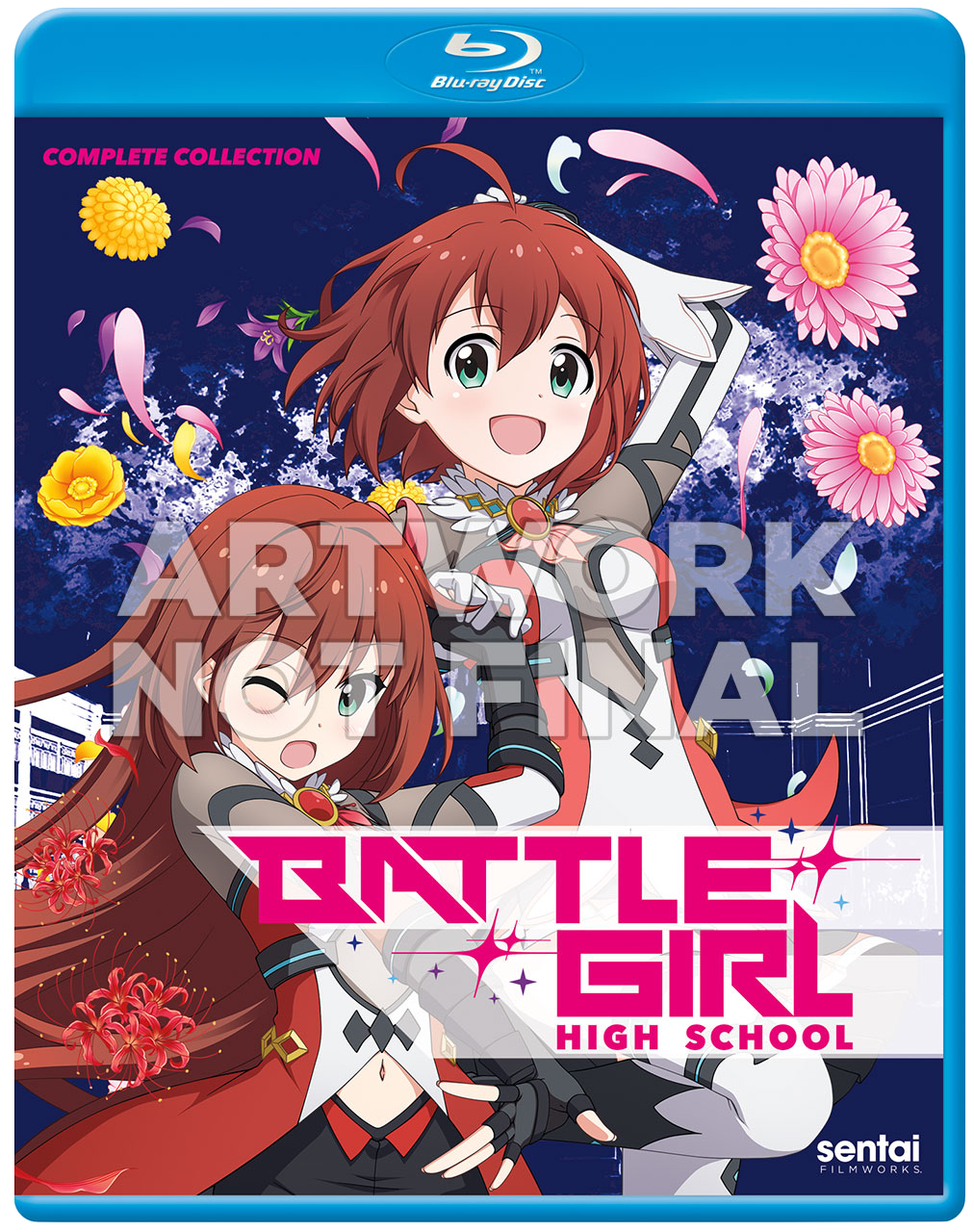 Mysterious invaders will attack the Earth on July 24th during the release of Battle Girl High School! As the Irousu roam the conquered lands, mankind has been driven back, but there's one last weapon that may still turn the tide: super-powered schoolgirls! At schools like the Shinjugamine Girls Academy, elite classes of Star Guardians alternate between regular schoolwork and learning to kick Irousu behind. It's a duty that the members of the Shinjugamine Hoshimori force, like freshman Miki Hoshitsuki, take seriously, but as they're basically normal girls who just happen to get their powers from a magic tree, there are normal life issues they have to contend with as well. With the arrival of their latest mysterious recruit, however, things are about to get deadly serious. Their final exam is about to begin and if they fail, the whole world is doomed! 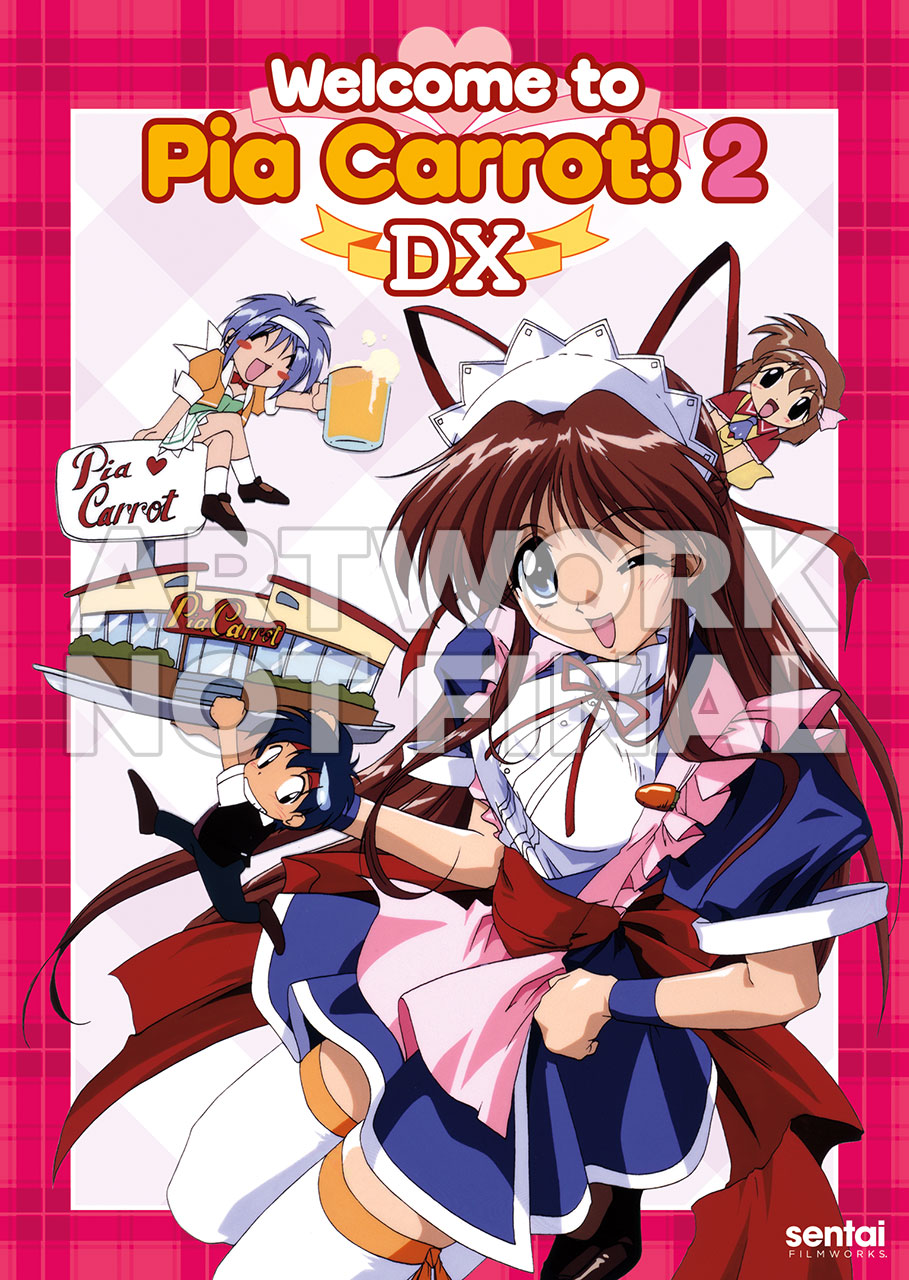 Lastly, an OVA series based on the visual novel game Welcome to Pia Carrot makes its way to our shores for the first time with Welcome to Pia Carrot! 2 DX, out on July 31st. Pia Carrot #2 might be the second Pia Carrot restaurant numerically, but they’ve got ambitions to be the best. That means great food, great service and the most beautiful waitresses. For Kouji, who’s looking for a job where he can meet lots of attractive girls quickly, it’s the perfect place to work. Unfortunately, things get up close and personal even more quickly than expected when he collides with Azusa on the way to apply and ends up with a handful of her… well, suffice it to say that she’s NOT happy. It’s an instant case of hate at first sight that only becomes more intense when they end up working together… or is this mutual dislike really the start of something else?