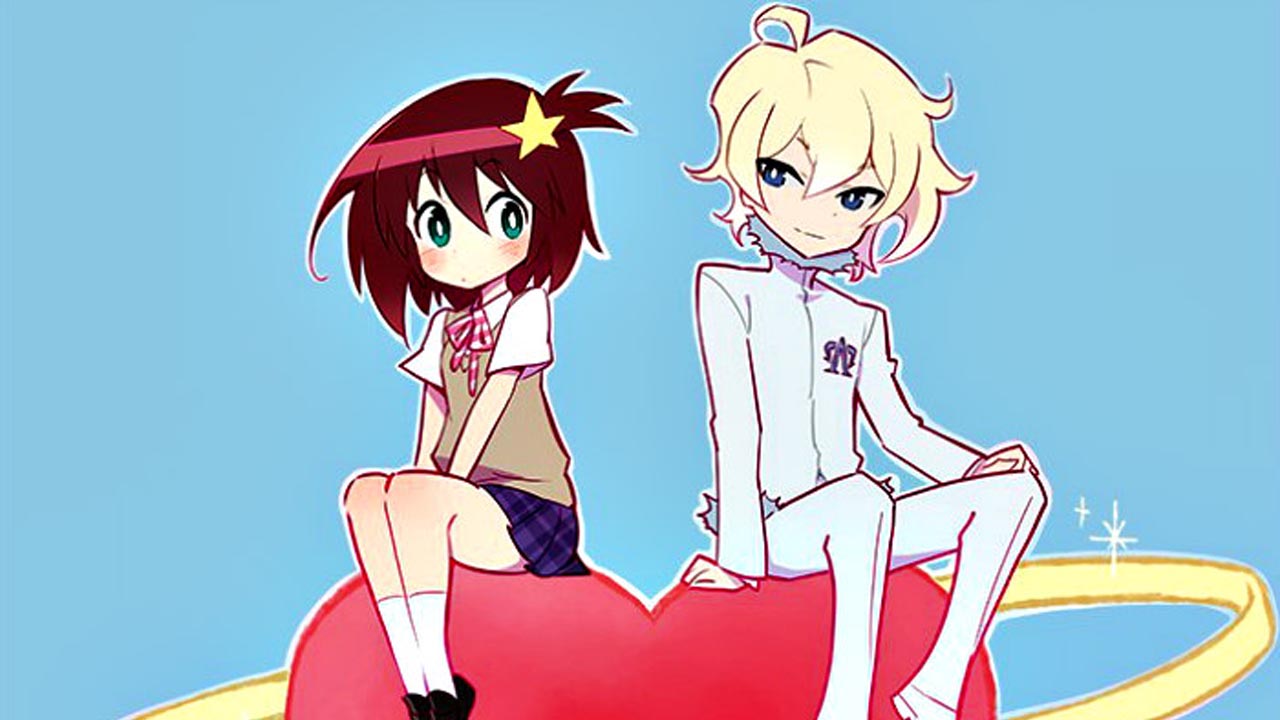 Studio TRIGGER is notorious for making some of the most off-the-wall concepts, with a "we-do-it-because-we-want-to" mentality that never takes away from their craftsmanship. From them we've been given the likes of Kill la Kill, Inferno Cop, Little Witch Academia, and Ninja Slayer just to name a few. Now with the full-on confidence that any studio needs for that can do/will do mindset, TRIGGER has let the crazy go full speed ahead with Space Patrol Luluco.

Created by Hiroyuki Imaishi (Kill la Kill, Panty & Stocking With Garterbelt), Space Patrol Luluco focuses on a teenaged girl (M・A・O) in need of an ordinary life. Of course, with her living in a space colony surrounded by aliens and having a father that works at a space police program, normalcy is light-years away from Luluco's grasp. Things go from weird to zany when she accidentally freezes her dad, forcing the flaming skull-head of the Space Patrol Over Justice (Tetsu Inada) to make her a member of his team. Fortunately, she doesn't have to go at it alone, as fellow classmate Midori (Mayumi Shintani) and new student Nova (Junya Enoki) assist Luluco in any way they can, the latter of whom Luluco begins to fond over. 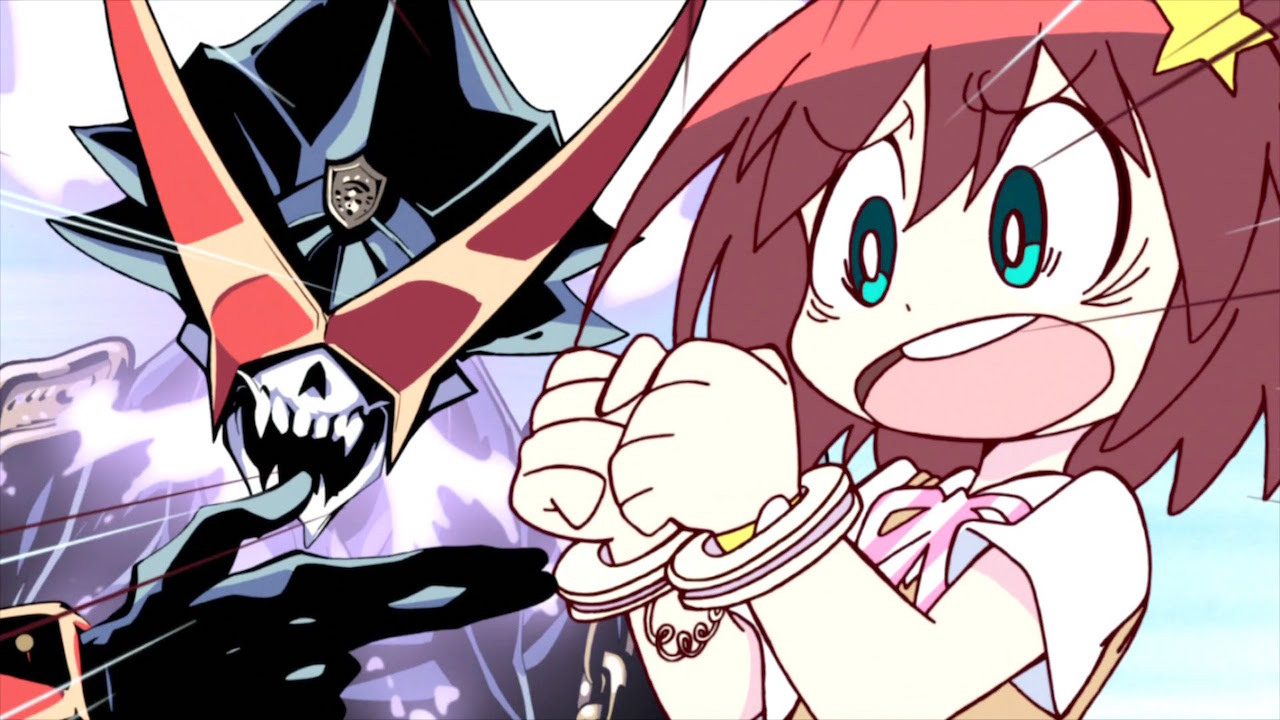 Loony doesn't even begin to describe what occurs in this space adventure comedy. Like a strange hybrid of Space Dandy and Rick & Morty, Space Patrol Luluco takes almost any sort of common sense, burns it to ash, and chucks the remains into a black hole. In a couple episodes, Luluco attempts to save the planet from a meteorite that turns out to actually be her Space Pirate Captain mother on the verge of stealing her city to sell on the black market. The show goes everywhere with its action sequences, dialogue, and emotions, which makes it all the more thankful that it's delivered in seven-minute segments each week.

It also helps that the series is consistently funny, be it via a visual gag or a humorous quip from one of the characters. Those who are familiar with the likes of Inferno Cop will tread familiar ground here, as nothing is taken seriously. Whether it's you watching Luluco painfully form into a giant pistol or seeing Over Justice constantly arrest and free her during the first episode, the laughs come in many giant waves. Even when a moment of sweetness pops in between Luluco and Nova, it still knows it's all gearing towards a comedic effect. 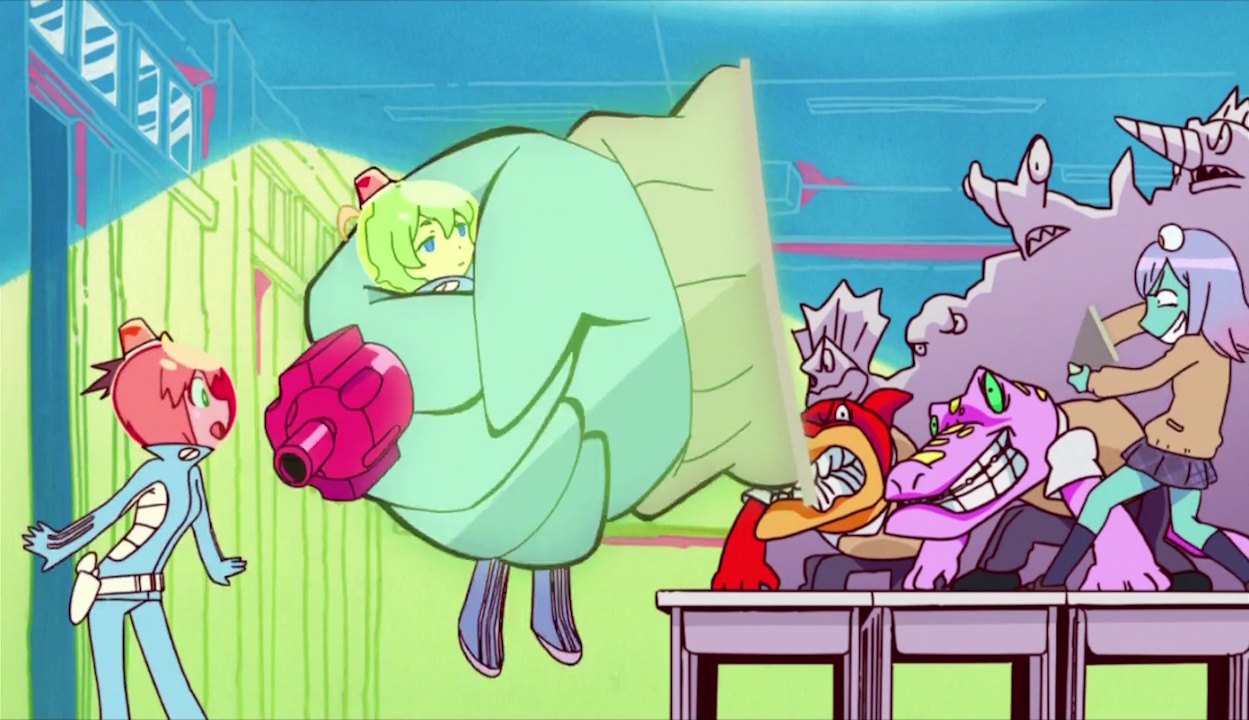 Despite this level of nonsensicalness, Space Patrol Luluco is surprisingly easy to follow. While its candy-coated surface can be rather batty, the chewy nougat that is its plot is very Point A to Point B. It's about justice, love, and the wanting to have just even a morsel of sanity in one's life; all of which is delivered rather diligently with a heaping side of fun and laughter. It may be nuts, but at least its storytelling aspect is coherent.

Animation-wise, this is Studio TRIGGER at its most expressive. With a couple cues from Little Witch Academia and their Sex&VIOLENCE with MACHSPEED short, the worlds and characters are filled to their brims with personality and uniqueness at around every corner. It's rather fun seeing all the different kinds of alien beings that pop up in the background, almost in a similar way that it was cool to see so much individuality in the BooBies diner scenes in Space Dandy. The action sequences can be a little choppy, but that's more of a style choice for TRIGGER than a way to cut corners. 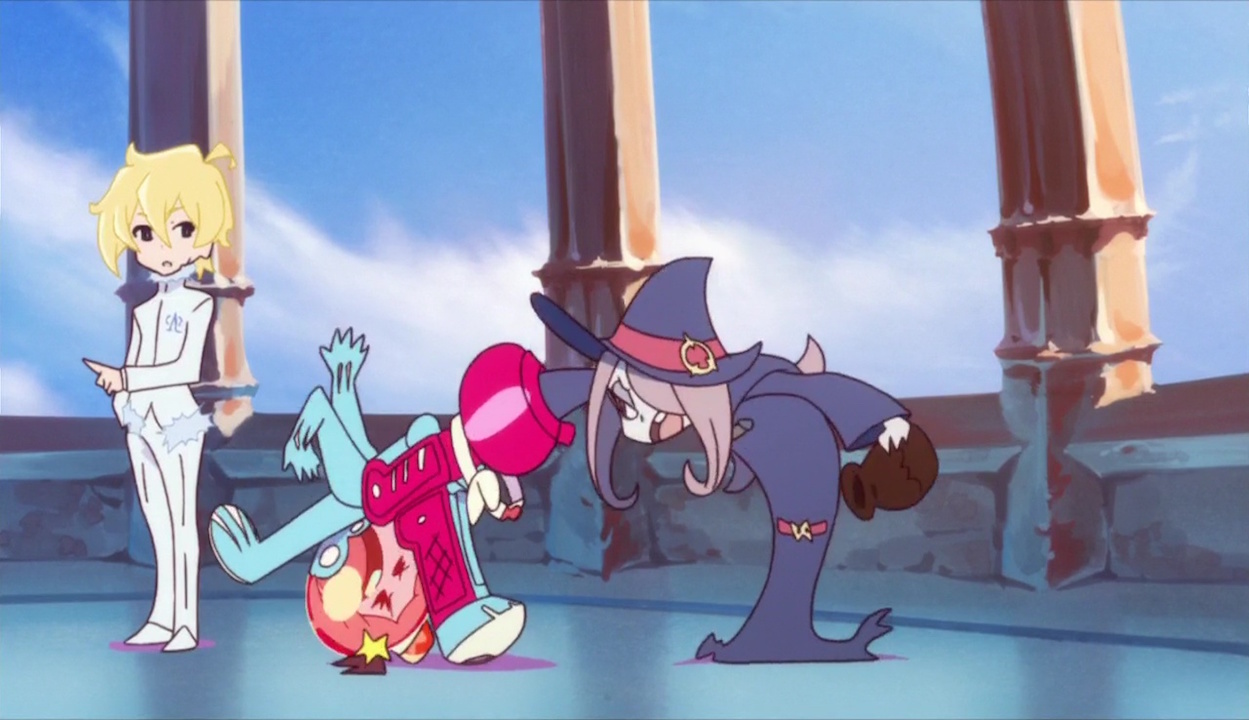 M・A・O plays Luluco with a level of adorableness and innocence, with fits in perfectly with her character traits and attitude. As Nova, Enoki delivers his lines with a mixture of warmth and indifference, with a big reason behind the character's true intentions for the latter. Inada's Over Justice screams with power, bringing forth a massive dose of comedic timing with everything he utters. Shintani brings a valley girl mentality to her Midori role, with a Harajuku snark and a vocal smirk for all things green and papery.

You can't mention Space Patrol Luluco without saying a couple things about the music that bookends each episode. Fujirokku's "CRYmax Dohejitsu" helps the viewer dive into the zaniness that they'll be experiencing, with a ska-like melody and a punky level of attentiveness. However the real melodious gem of the series is the Teddyloid/Bonjour Suzuki collaboration "Pipo Password." It's surreal, melancholy, poppy, and an all-around beautiful track that makes you feel good once it hits your ears.

Space Patrol Luluco is a great break for the brain that doesn't insult your intelligence. A visual wonderment that tickles your funny bone every chance it gets, Studio TRIGGER's latest series delivers some of the most fun spectacles you'll witness each week. You can tell when a production team is having a ball with what it's created, and this anime showcases this aspect immensely. Fortunately Space Patrol Luluco is having this fun with the audience in tow, not at their expense. In the name of justice, love, and all things goofy, this is one anime comedy you shouldn't dare miss!

Space Patrol Luluco can be viewed on Crunchyroll. Episodes 1-12 were observed for this review.