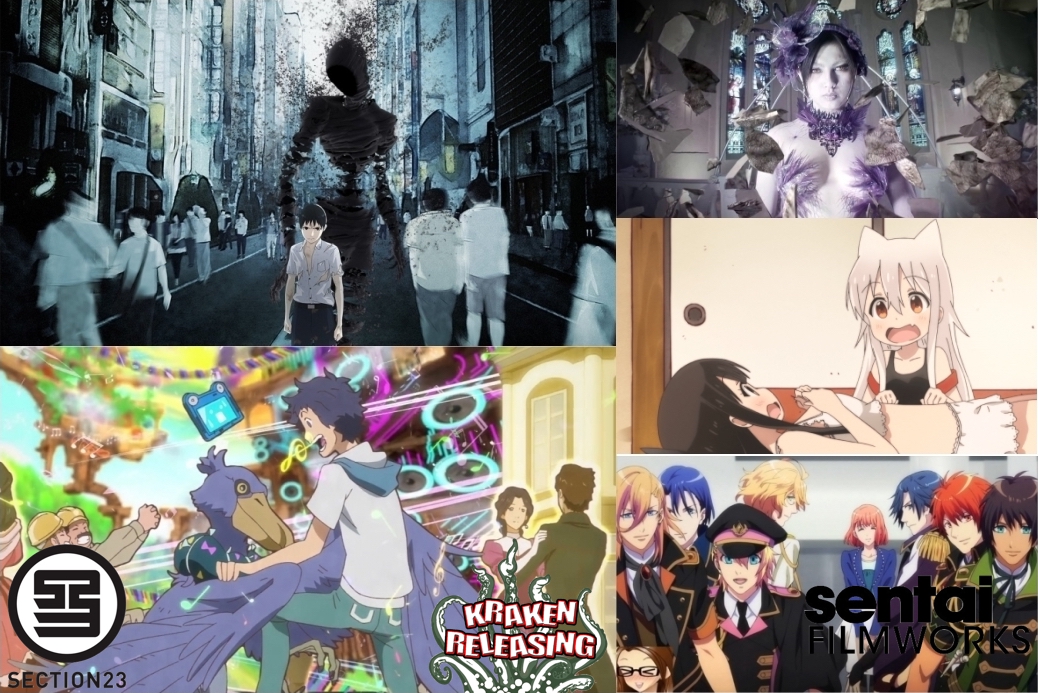 April showers bring new anime and live-action fare to the American home video market thanks to the folks at Sentai Filmworks, Kraken Releasing, and Section23 Films! Music, demi-humans, and an adorable fortune teller are what will be served up in the first full month of spring! 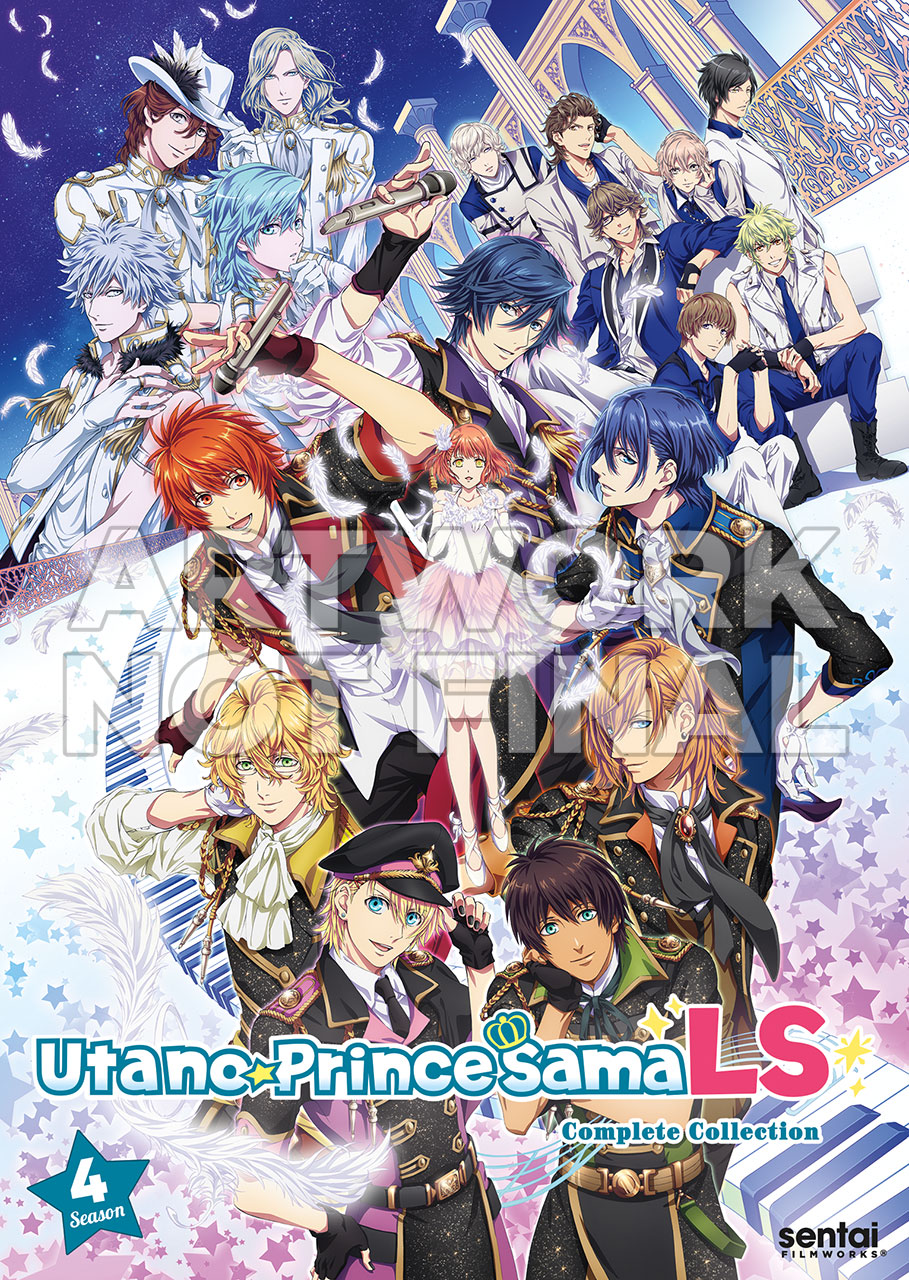 The boys of ST☆RISH are back with more singing and romance in Uta no Prince-sama: Legend Star, available on April 3rd. A contest to become the opening group for Triple S may have been shaken up by the arrival of the now seven-member group HE★VENS, but QUARTET NIGHT generously declines to take advantage of the decision in their favor… as long as the other two bands agree to an unexpected new phase of the competition! Are the other two rival groups ready for a new series of cross-band duets, with each song pairing one member of ST☆RISH and one member of HE★VENS? Will Haruka be up to writing yet another round of spectacular songs? It's time to pick up the tempo and sing to the balconies as the musical one-upmanship only gets wilder in the fourth season of the popular idol series! 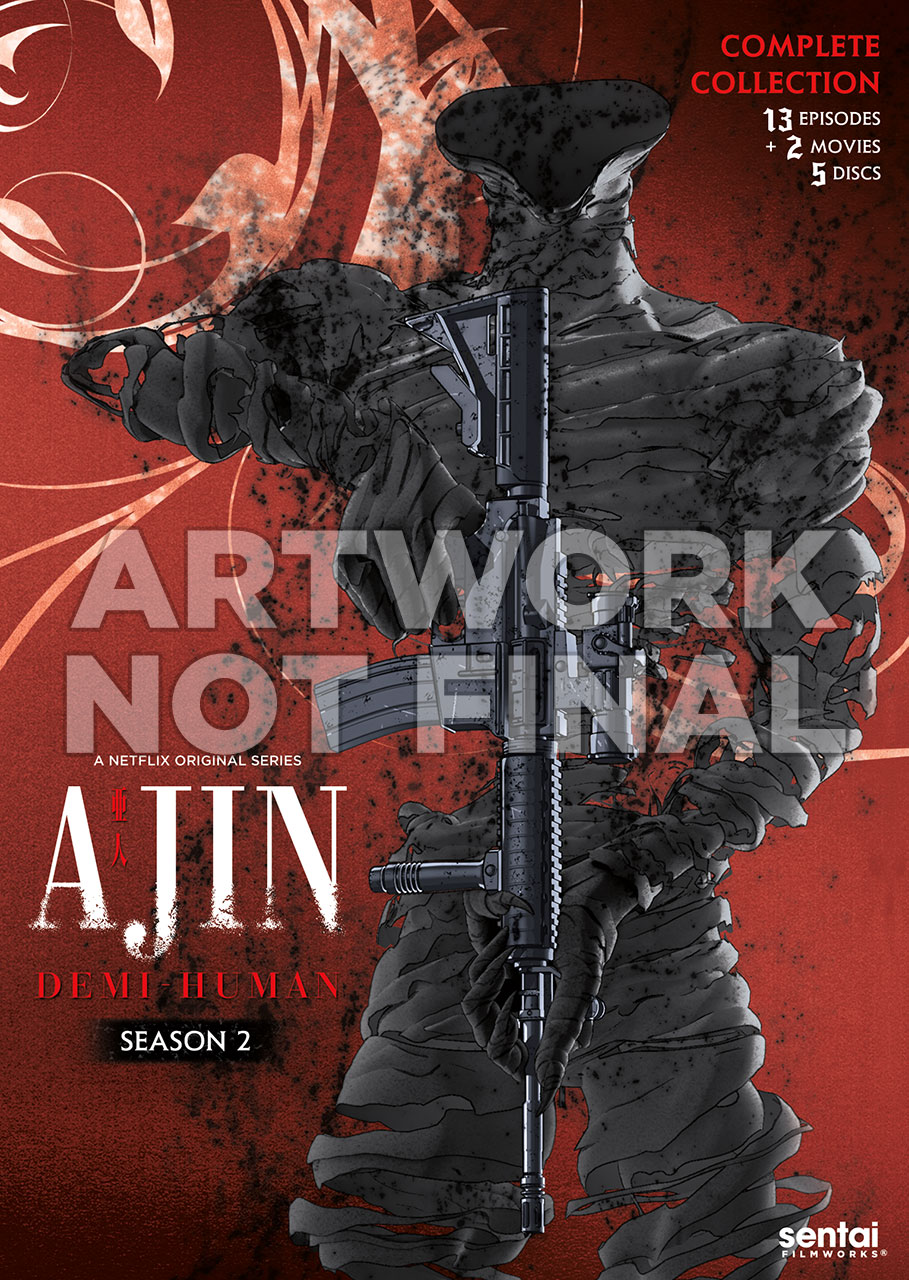 Kei's harrowing journey reaches a conclusion with the April 10th release of Ajin: Demi-Human's second season. Kei's stopped running, but his decision to stand and fight comes just as Sato launches his second wave of terror. Angered by the governments' refusal to admit the truth about the live experiments on captive Ajin, the Ajin terrorist has begun assassinating a list of the key individuals connected to Ajin research, and only someone as unkillable as he is has a chance of stopping the man in the hat. With Sato being better trained, more experienced, and allied with other Ajins, Kei has only two chances at heading off the final apocalypse: to somehow learn how to better control the Invisible Black Matter being he generates or to recruit other Ajins into the battle. The shadow war explodes and the world burns as the ultimate warriors face off in immortal combat! 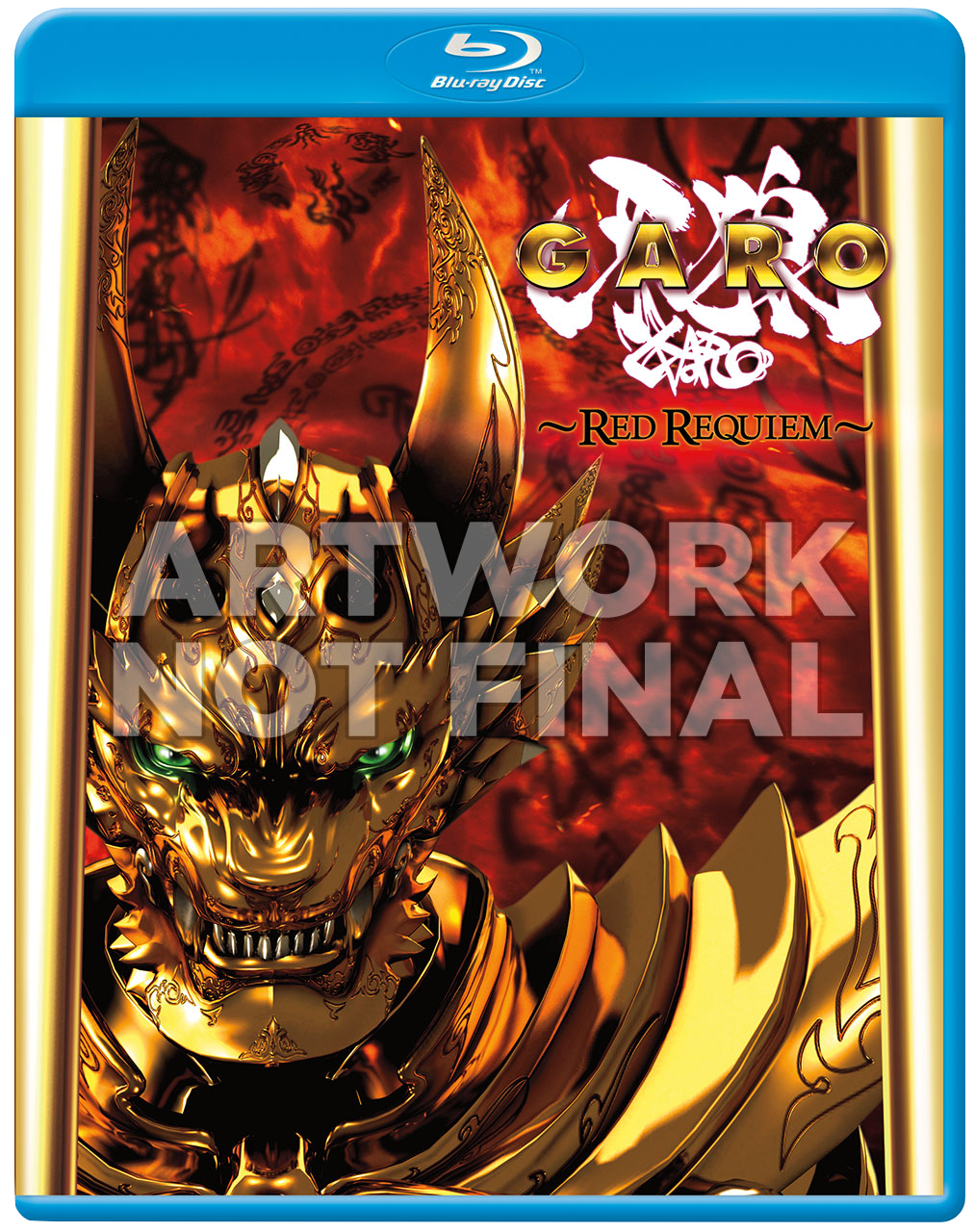 Japan's Golden Knight's first big-screened adventure finally comes to the States with the April 10th release of Garo: Red Requiem! In the ancient war against the monstrous creatures known as Horrors, many Makai Priestesses have fought and died in battle, yet no woman has ever been chosen to wear the mystic armor of the Makai Knights. Kouga, the current bearer of the gold wolf armor Garo, doesn't believe it's even possible, but when his quest to destroy the Horror Karma thrusts him into conflict alongside the fiery Priestess Rekka, he's forced to acknowledge that the female is often the deadlier of the species! Because Rekka has a personal score to settle with Karma, and she's determined to destroy that Horror herself! It will be all Kouga and his Mado Ring Zaruba can do to keep the three of them alive long enough to do it in the Garo franchise's first spectacular feature film. 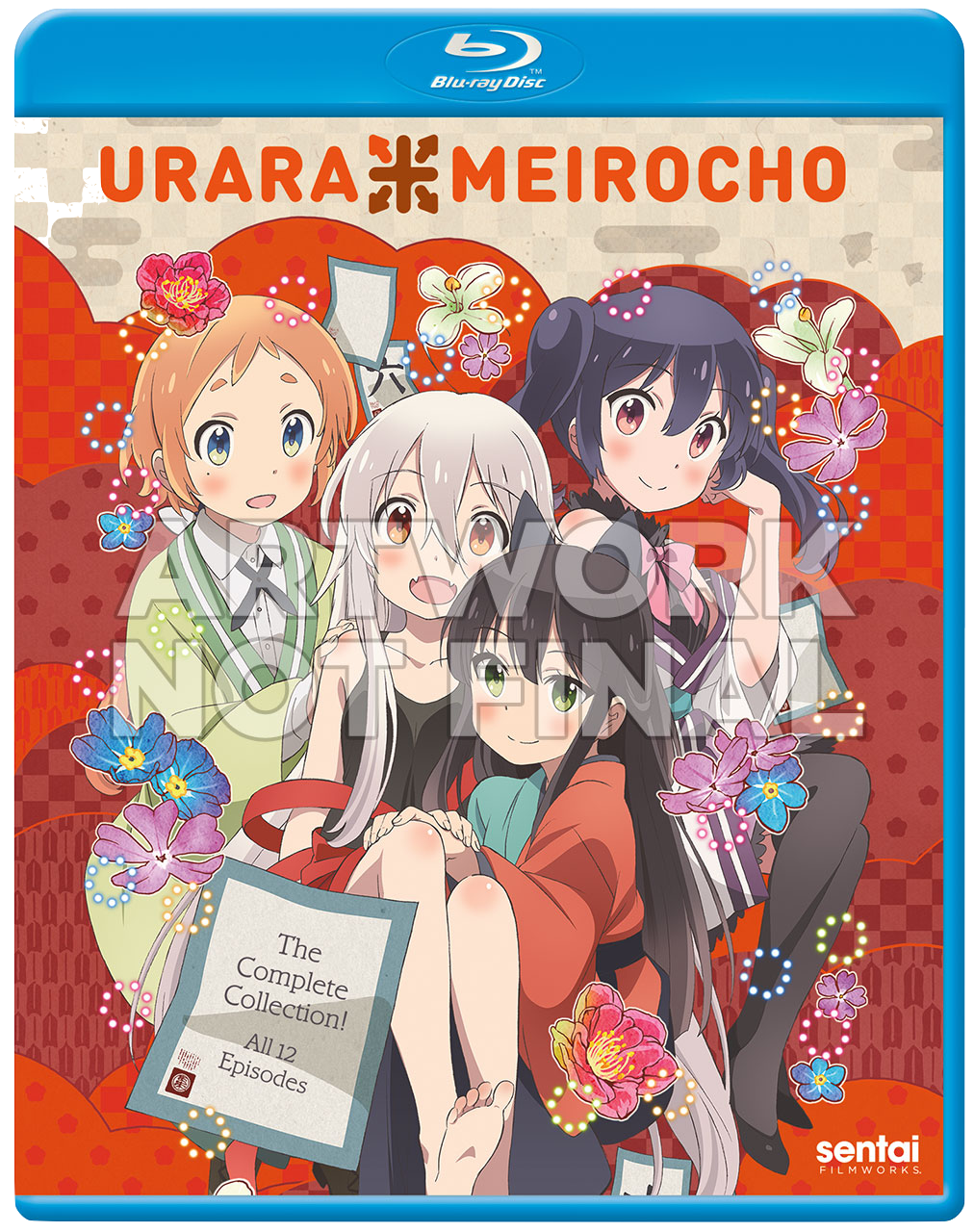 Chiya and her fortune-telling friends arrives on April 17th with the release of Urara Meirochou. Chiya was raised in the woods, befriending only the animals that surrounded her. But now she needs to find something, and since it may take the skills of an Urara to find it, she's come to the town of Meiro-cho to learn to become a fortune teller herself. It won't be easy adjusting… and not just because Chiya still tends to check to see if people have tails or want their tummies rubbed! The other girls studying at the Natsumeya teahouse are all unusual in their own ways, and it's clear from the beginning that Chiya's going to be great friends with studious Kon, rambunctious Koume and shy Nono. And that's good, because if Chiya's going to find her missing mother, she'll need all the help and support she can get! 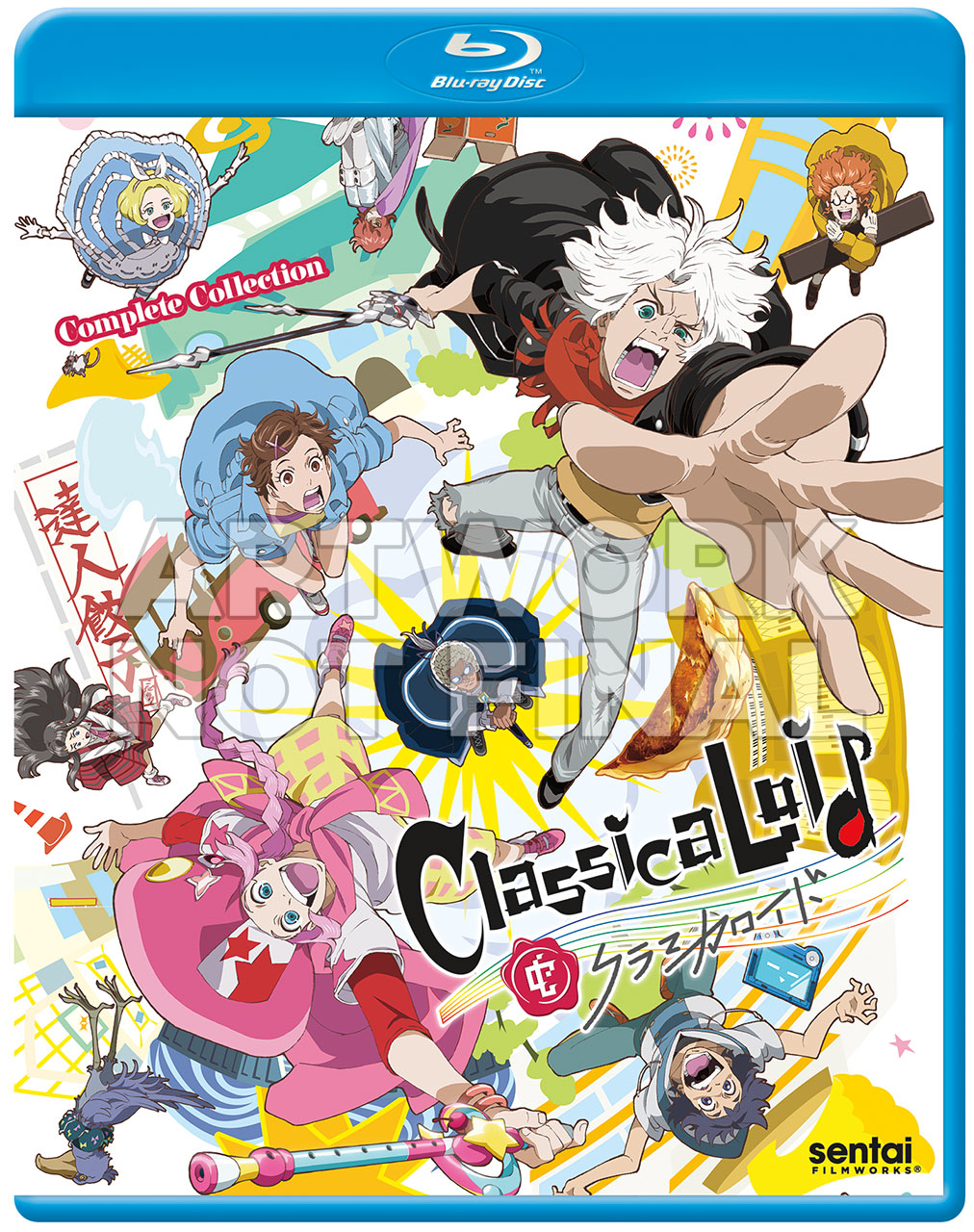 Finally, the weirdest take on classical music hits stores on April 24 with the first season release of ClassicaLoid! Kanae knew that her hometown was trying to become a musical hotspot, but modern teens aren't interested in classical music… or, at least, they weren't until "Mozart" and "Beethoven" suddenly appeared in front of Kanae and her best friend Sosuke and set the town on fire with "mujik", a stunning fusion of classical masterpieces retooled in modern musical styles! And just in case that isn't exciting enough, the "ClassicaLoids" have added Giant Robots and spectacular light shows to the mix! But as more Classicaloids continue to arrive, can the town withstand the combined creative energies of dozens of musical geniuses all determined to promote their own creative output?