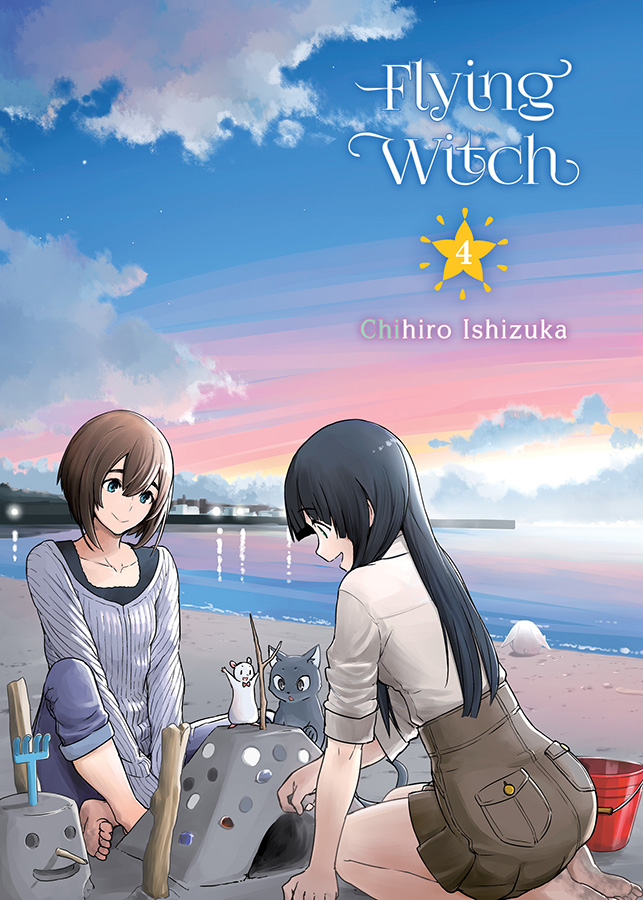 Chihiro Ishizuka's Flying Witch is one of the most comfortable manga around. The tale of witch-in-training Makoto and the relatives that bring her in is filled to the brim with beauty, humor, and childlike imagination that readers of all ages can enjoy. Those familiar with J.C.Staff's anime adaptation will no doubt agree that this sentiment translates well onto the TV screen, presenting the same level of warmth in every frame. The fourth volume of Flying Witch will entice those first introduced to the series in its anime form, as it begins to offer a glimpse of what happens after the show ended its run.

Volume Four starts off in familiar territory, with Makoto and her feline familiar Chito setting out to buy fabric to make a new robe. This, of course, leads to the cat coming up with the idea to craft one for the young Chinatsu, who becomes ever-so excited to be donning the Wiccan cloak. A trip deeper into the countryside has Kei teaching Makoto about the apple blossoms and honeybees, whereas a cooking course shows the struggles their friend Nao has behind a skillet. In its original form, these moments are still as adorable, funny, and heartwarming as its animated version.

Halfway through the volume is where the non-Japanese audience will be introduced to new key players into the world of Flying Witch, with Makoto checking in with witch VIP Akira to tell of how her training is going. Rendezvousing unexpectedly with Inukai, the two travel to the beach for some relaxation and gameplay, before a mysterious rabbit appears before them. Dubbed Beachy, the long-eared creature finds comfort under the Kuramoto household, quickly befriending Chinatsu after a few rounds of silly challenges and games. 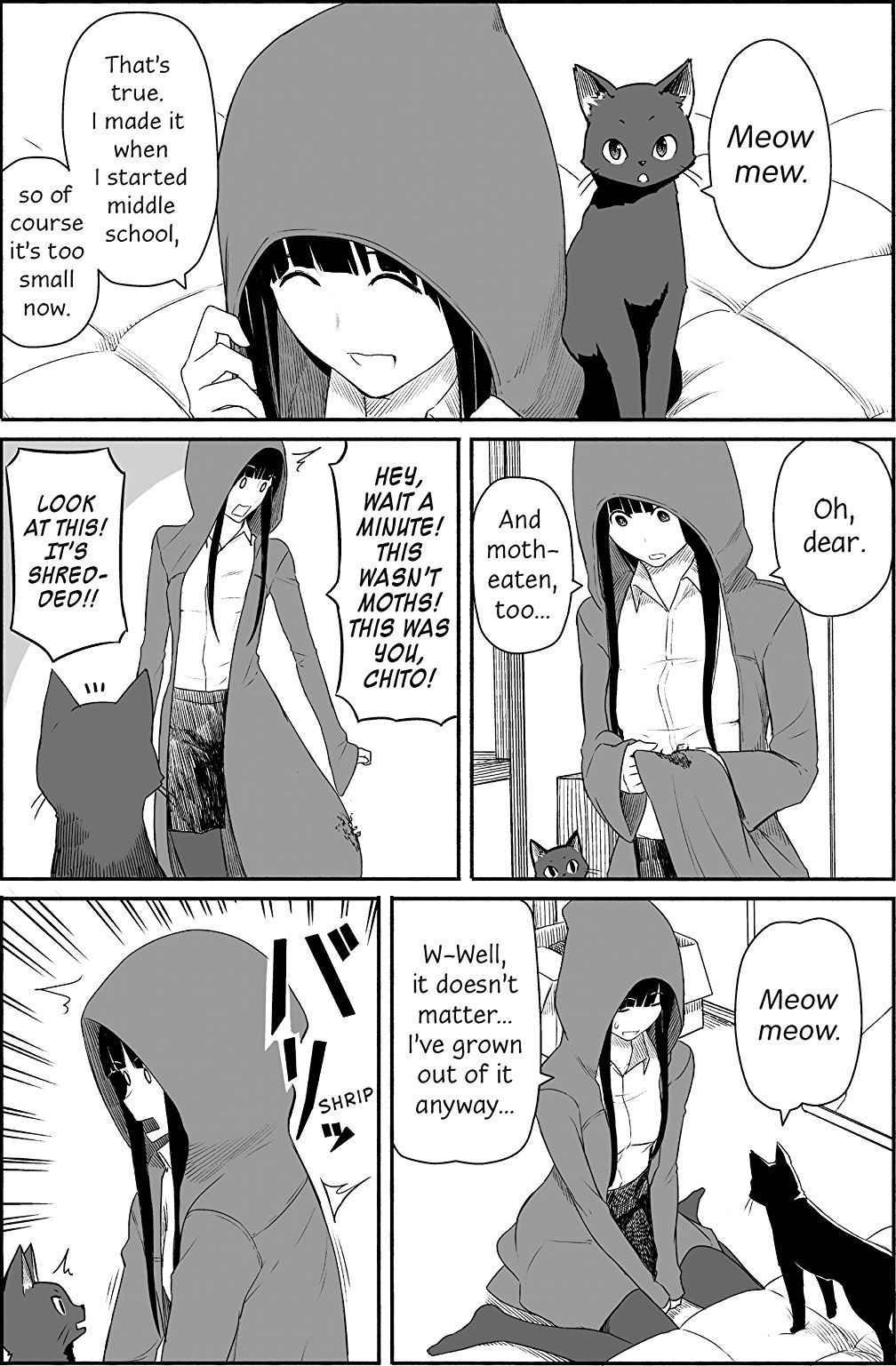 It's in the second half of the manga where we see Makoto's evolution as a witch. Talking with Akira, she realizes that she has been mostly goofing off rather than seriously training. "Enjoying your life will make you a better witch," quips Akira, which, in turn, reveals the theme of this series. Unlike the worlds of Harry Potter or Little Witch Academia, the importance of growing a happy, healthy life is the mantra of being an A-class master of magic, not just shoving your face into a book and constantly studying. Because of these newfound life experiences, Makoto not only finds herself becoming a better witch, but also a better person.

Since its start, Flying Witch has constantly showcased the beauty of everyday life. Volume Four not only continues with that trend, but it also cements its true purpose to both its readers and the characters. It's a reminder of why we should never take the simple pleasures for granted. While it's great to want to believe in magic and wish for the fantastical to be part of reality, the main purpose of Flying Witch is to show us why we should always embrace the little joys life often tosses our way.

With a life lesson people of all ages can learn from, the latest volume of Flying Witch puts its heart right into the palms of its readers, inviting everyone to be comforted by its soothing beat.