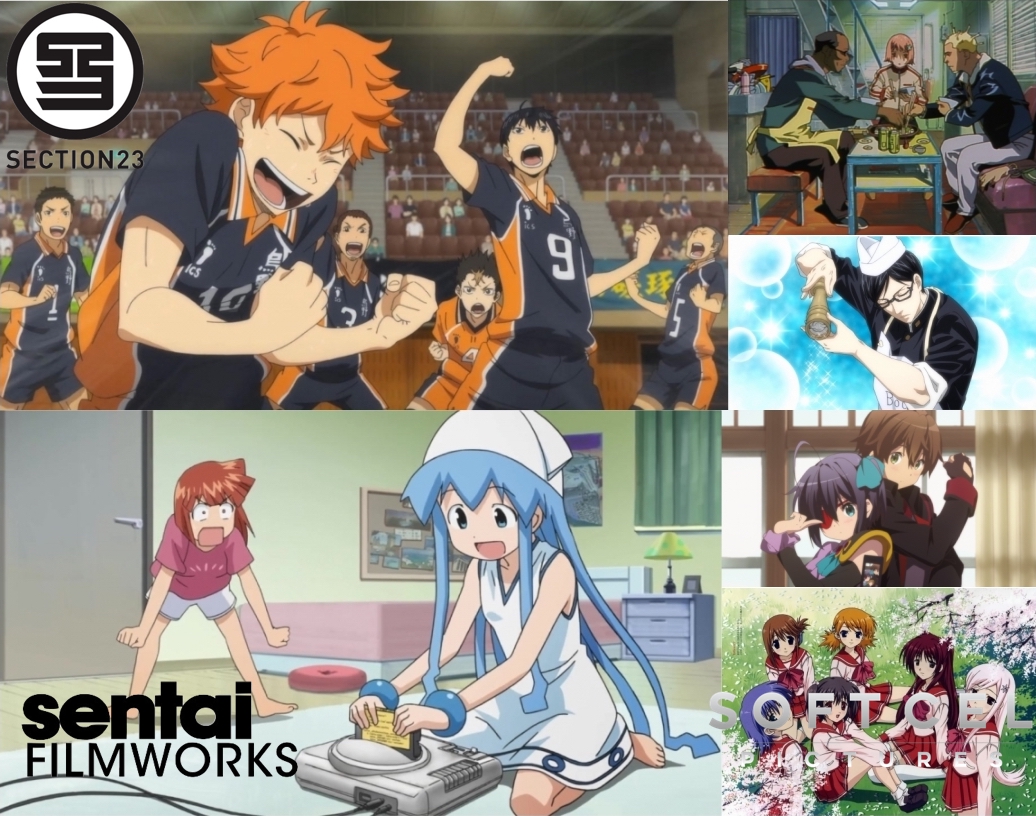 With the foliage in full swing, Section23 Films brings to November a plethora of releases involving volleyball, a completely flawless student, and a vengeful cephalopod! 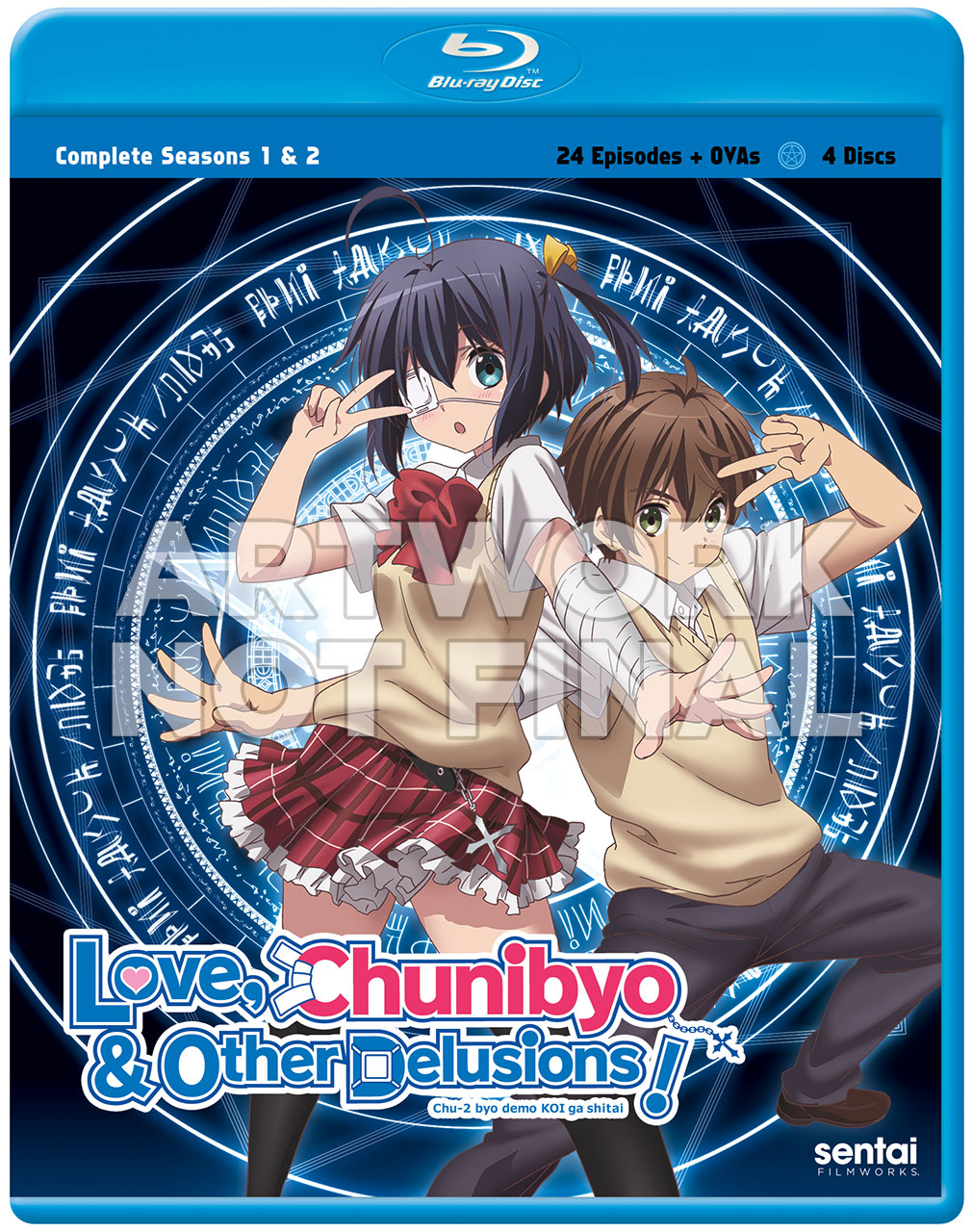 The lineup kicks off on November 7th with the complete collection release of Kyoto Animation's Love, Chunibyo & Other Delusions! Throughout Japan students have "chunibyo", a state where they've convinced themselves that they have secret knowledge and hidden powers. Yuta Togashi, who spent his middle school years living in a complete fantasy world, has recently overcome his delusions, and he's ready to go to high school as a normal kid. Unfortunately, the girl who lives above him -- Rikka Takanashi -- is deep into her own case of chuni, and she's decided that he's her soul mate! Can Yuta survive a girl who may be literally mad about him, especially when Yuta's former "one true soul mate" returns? 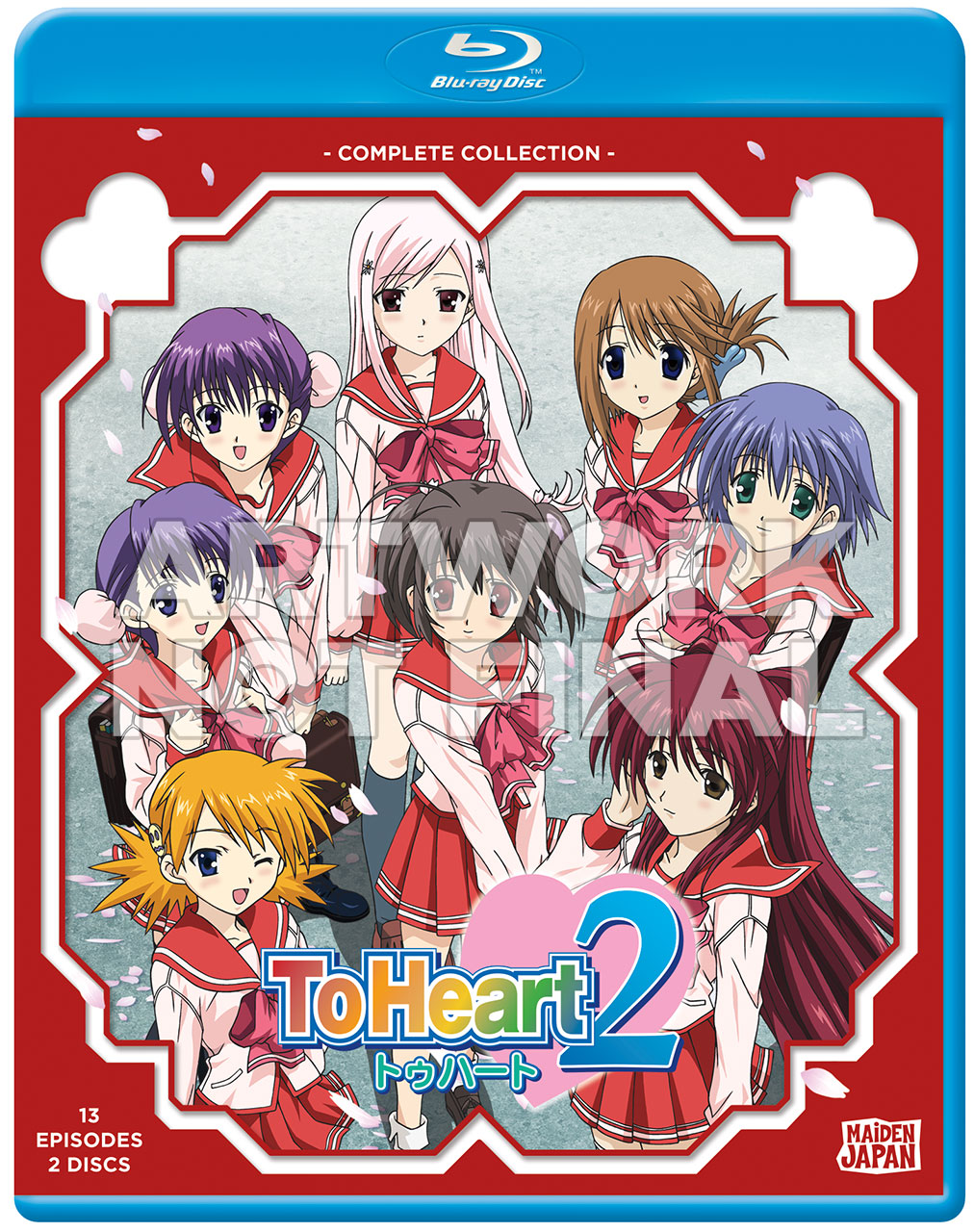 Another complete collection finds its way to be released on November 7th, with Maiden Japan's release of ToHeart2. Based on Aquaplus's popular visual novel, the 2005 anime adaptation places the spotlight on childhood friends Takaaki and Konomi. Now that they're in high school, Takaaki's finding out the fact that he's a boy and she's a girl can change everything, especially since there are a lot of other attractive girls who are also suddenly demanding his attention. Between the Himeyuri twins: electronics geek Sango and brash Ruri; the awkward class representative Manaka; mystery loving Karin; mountain biker Yuma; the mysterious Yuki; and even Lucy, who's convinced that she's an alien, Takaaki's not sure which way to turn. And when his OTHER female childhood friend, Tamaki, arrives having changed so much from attending an exclusive boarding school that the others barely recognize her, things are really going to get romantically complicated! 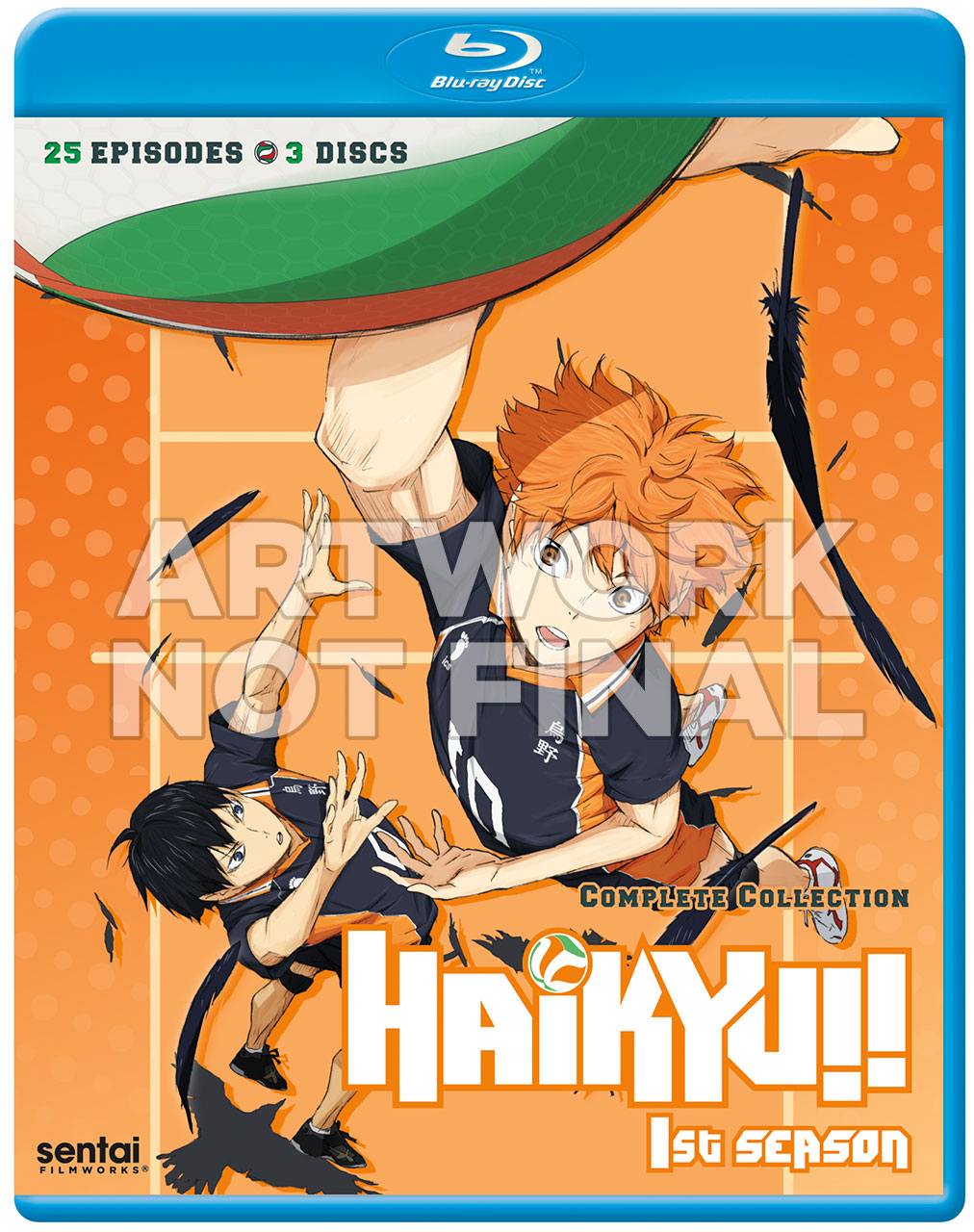 The net goes up on November 14th with the long-awaited English dub release of Haikyū!! Based on the manga by Haruichi Furudate, Haikyū!! follows Shoyo Hinata and Tobio Kageyama, two former rivals now finding themselves on the same volleyball team. Forced to become allies the two players find a way to not only bond as teammates, but also good friends. With the help of the rest of the Karasuno High volleyball players, Hinata and Kageyama strengthen their weaker points as they fly their way towards a hopeful championship run. (Click here to read our review of Haikyū!! Season One, and see why we call it "the finest sports show to come around since Friday Night Lights.") A limited edition will also be released that'll feature a hardcover booklet, art cards, character trading cards, a Karasuno Token, and a Set of 9 Bird Pens. 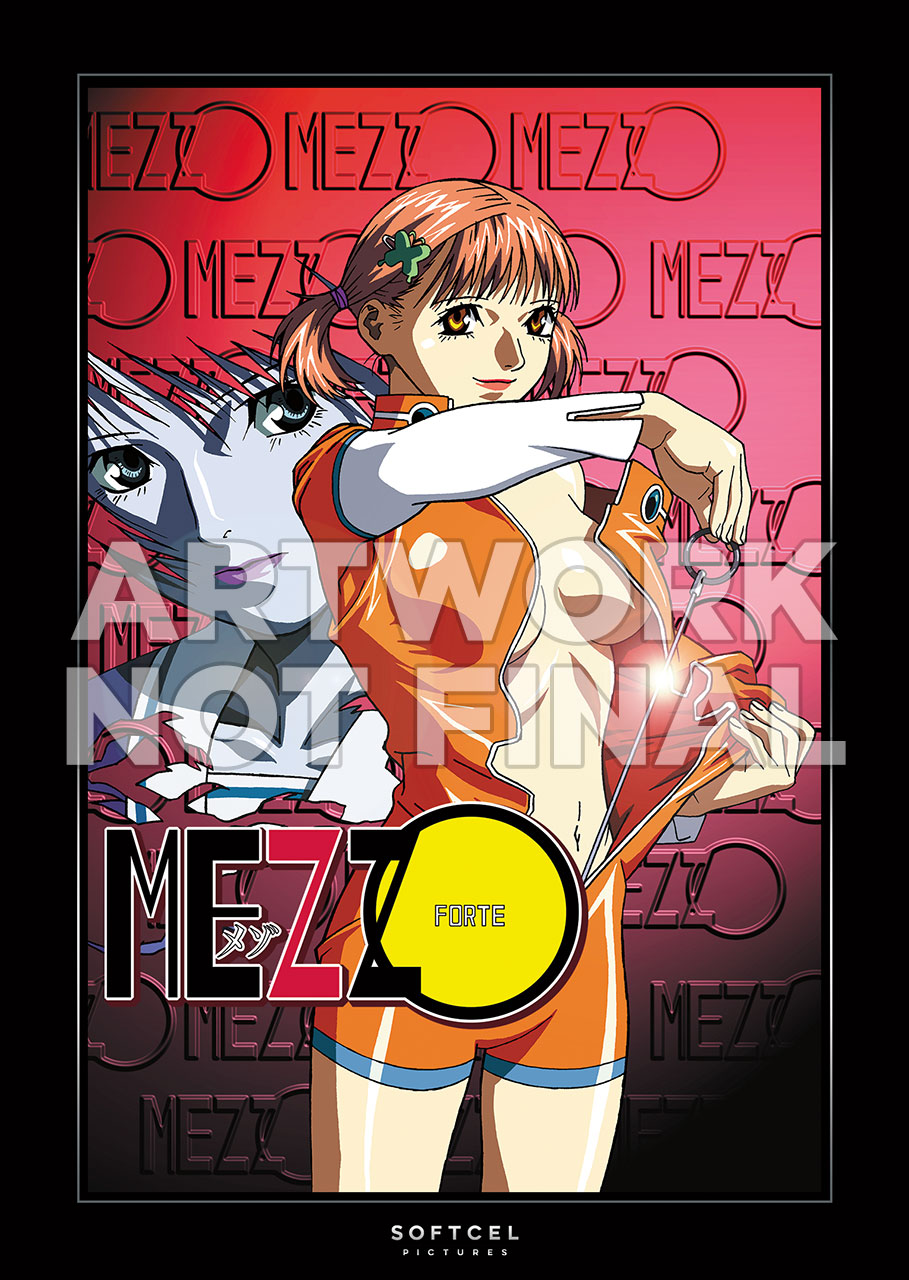 The infamy is strong with SoftCel Pictures' November 14 release, as the sex & violence is brought to their highest animated levels in Mezzo Forte. From the same mind that brought us Kite, this two-episode OAV puts its focus on the elite Danger Services Agency, who have been hired to take out Mob boss Momokichi Momoi. The D.S.A., comprised of ex-cop Kurokawa, tech guru Harada, and the lovely but lethal Mikura, will have their hands (and other things for that matter) full handling this case. Because while Momokichi kills for profit, his daughter Momomi is even worse and kills because she gets off on it! 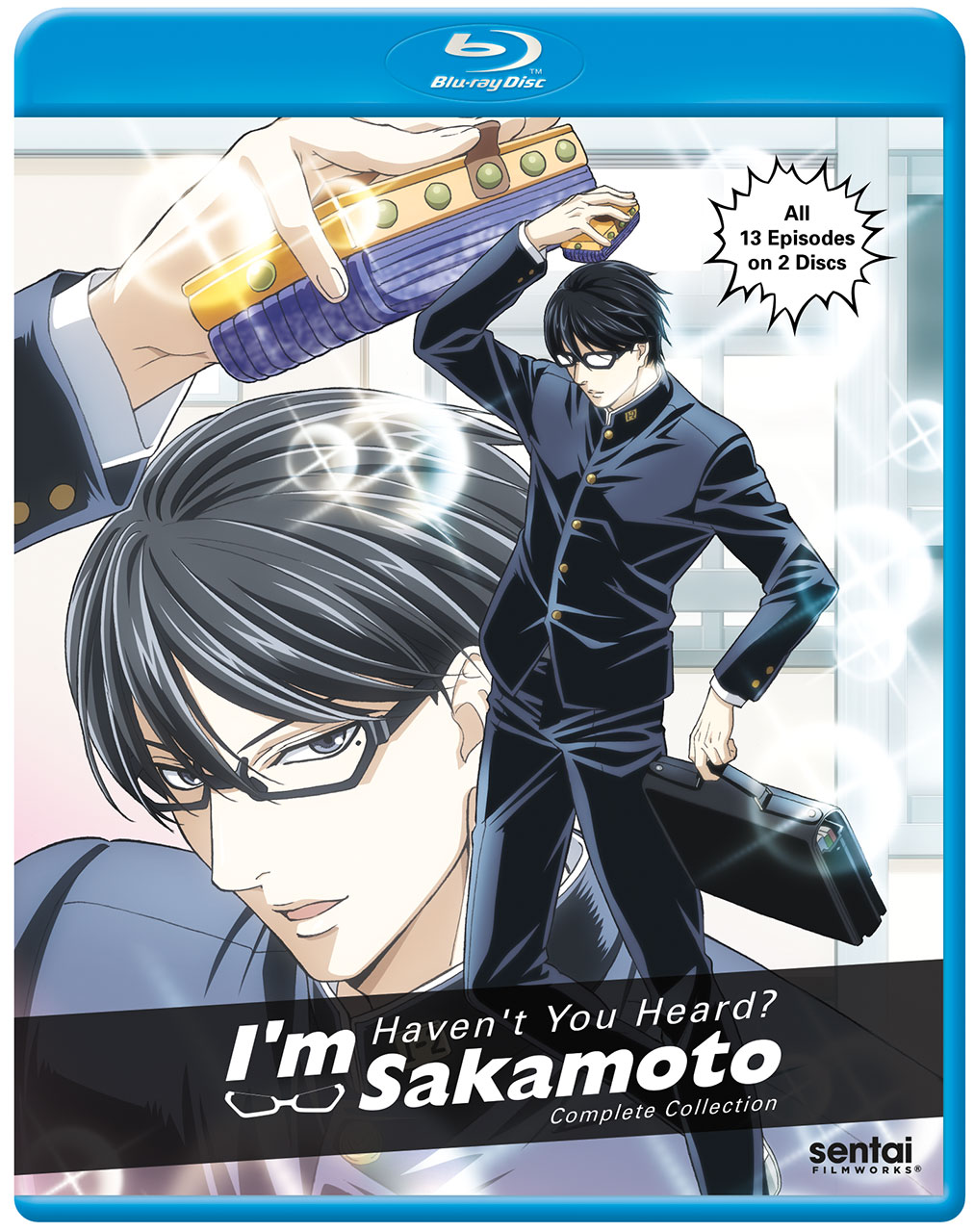 He's hip, he's cool, and he can be all yours when Haven't You Heard? I'm Sakamoto hits stores on November 21st! The Class 2-1 student is the embodiment of perfect, and that's not just because he makes his student uniform and glasses look like a fashion magazine cover. There's also the fact that nothing ever seems to surprise or rattle him. The girls are all crazy for him, of course, but even the most macho delinquents start to feel a little funny when he's around. However, Sakamoto never seems to notice, let alone take advantage of the attention. He's too busy being hip and mysterious without even trying. To fit his cool factor, Sentai Filmworks will be releasing a limited edition version of Haven't You Heard? I'm Sakamoto that'll include a Sakamoto Survival Guide booklet, audio CD, art cards, sock slippers and a microfiber cloth! 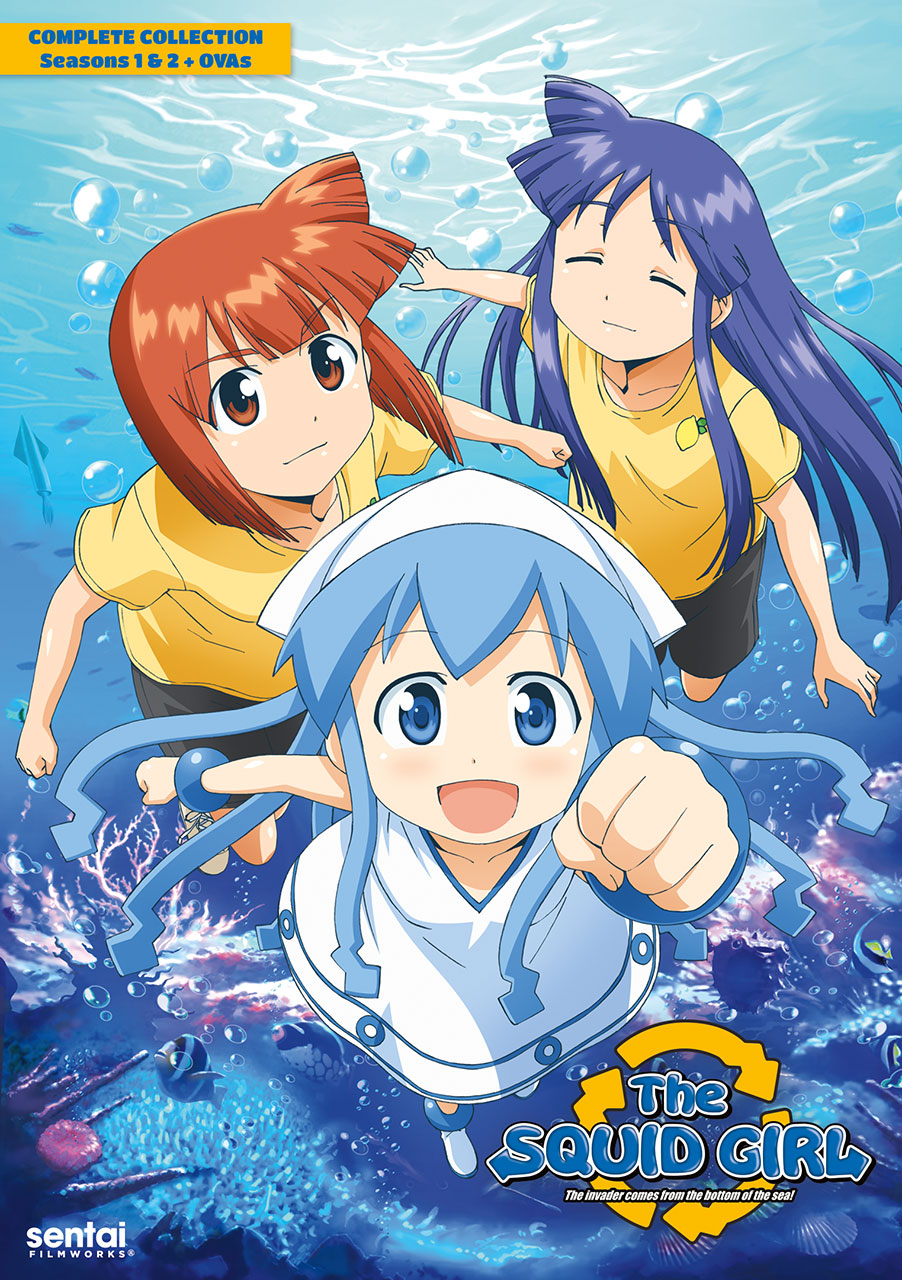 Lastly, the beloved invader from the sea Squid Girl finally arrives in a complete package on November 28th, which will include both seasons and the three OVAs. Angered by mankind's pollution of her beloved ocean, Squid Girl rises from the watery depths in order to punish the loathsome human race! Unfortunately, that plan immediately hits more snags than a dozen fishing lines in a washing machine. Not only does her small stature not intimidate humans, but instead of unleashing a tsunami of destruction, her attempts only cause minor damage to a pleasant little beachside restaurant. And then, the unexpectedly aggressive Aizawa sisters, who run the Lemon Beach House, force her to work there to pay it off! The Squid Girl will also see a special edition release, which will include two hardcover booklets, art cards, chibi keychain, lenticular card, a certificate of authenticity, and button pack. How squidding' cool is that?!