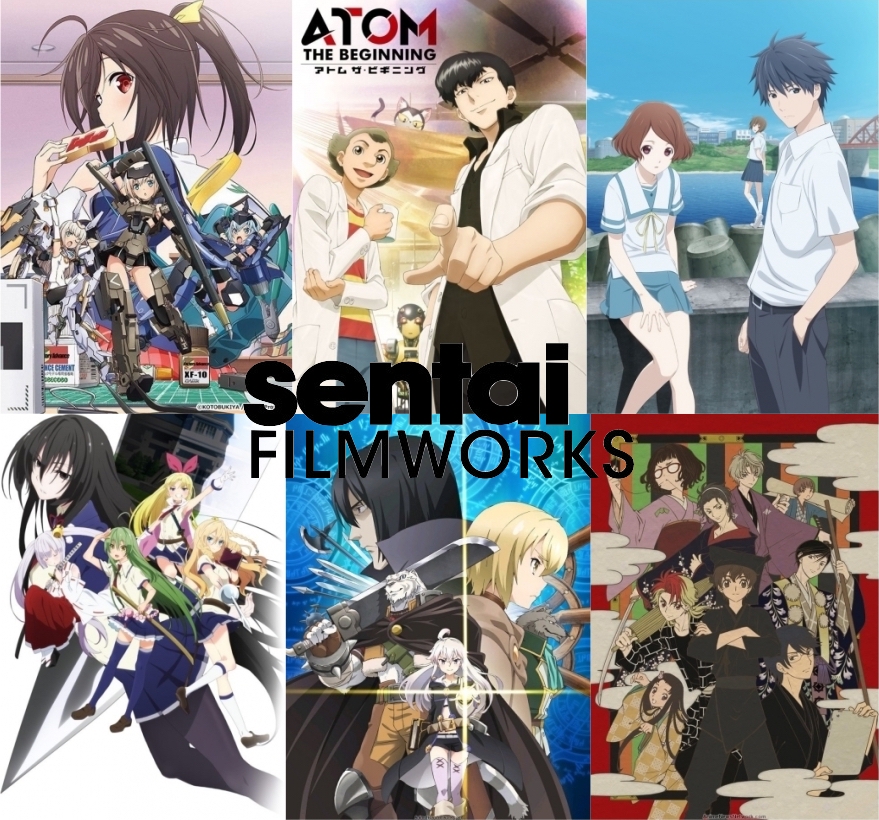 Spring is in the air, which means it's time for a new season of anime from Sentai Filmworks! Eight new series are due to premiere all throughout the month, with the majority of them made exclusive to Amazon's Anime Strike service. 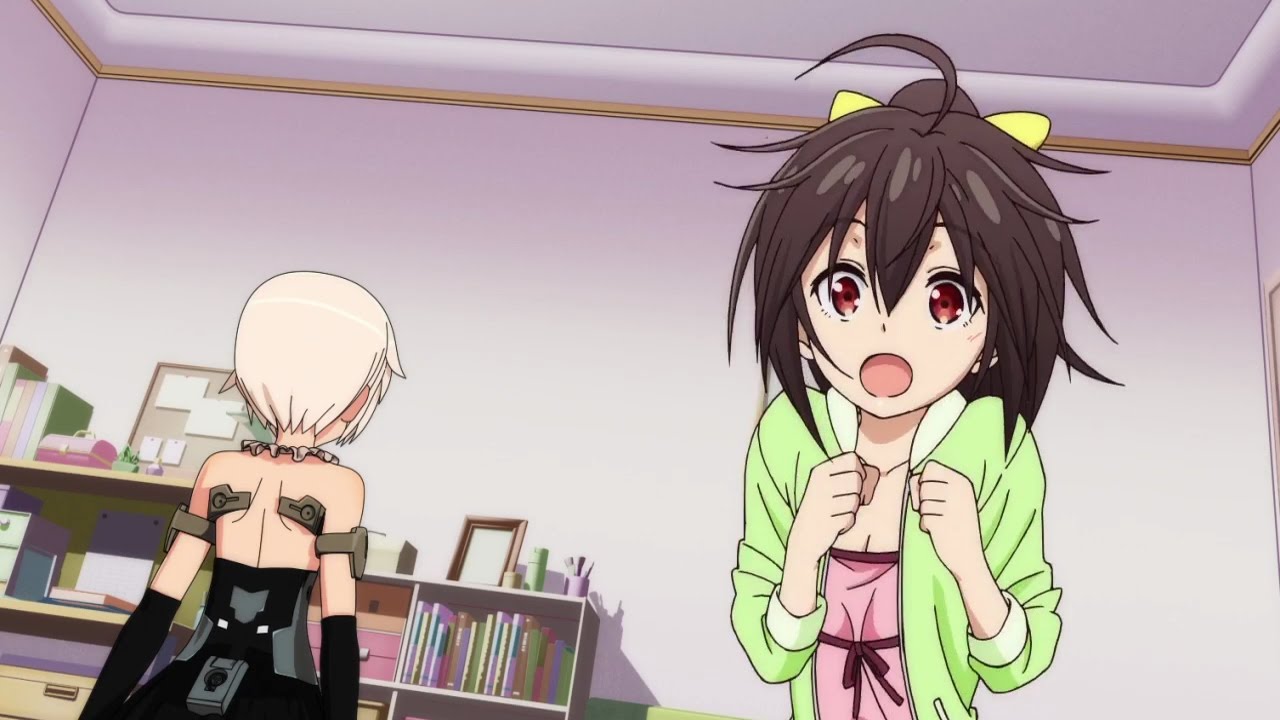 Based on the popular Frame Arms model kit series, Frame Arms Girl follows ordinary high school girl Ao Gennai. After opening a package that was mistakenly delivered to her house, she discovers a small robot named Gourai, a Frame Arms Girl with an evolving personality. Ao soon finds out that Gourai is a newly developed prototype, and that she is the first person to activate her. In Frame Arms Girl, she learns the ups and downs of being Gourai’s owner, which will include putting her into competitive fights! Frame Arms Girl is scheduled for an April 2017 release in Japan, and will soon be available to stream on select digital outlets with a home video release to follow. 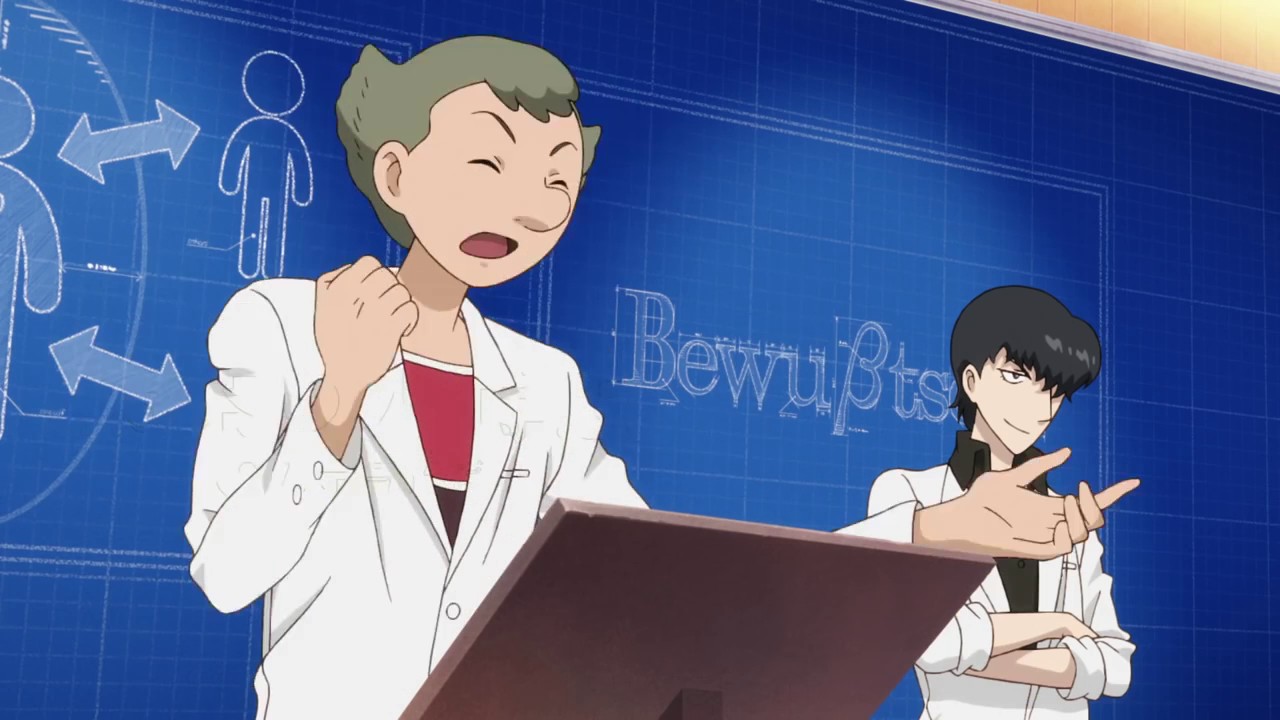 Based on the original work by Tetsuro Kasahara, ATOM THE BEGINNING is the dramatic prequel series to Tezuka’s iconic manga, Astro Boy. After a great calamity in Japan, the world needed a hero: but did this hero need to be a god? Or a friend? Two young geniuses, Umataro Tenma and Hiroshi Ochanomizu, have labored extensively to create a powerful artificial intelligence to protect the future. The result of their collaboration was a robot, A106. In this previously untold story, Tenma and Ochanomizu lay the groundwork leading up to the birth of an android that would later change the world. ATOM THE BEGINNING starts streaming exclusively on Anime Strike on Saturday, April 15. 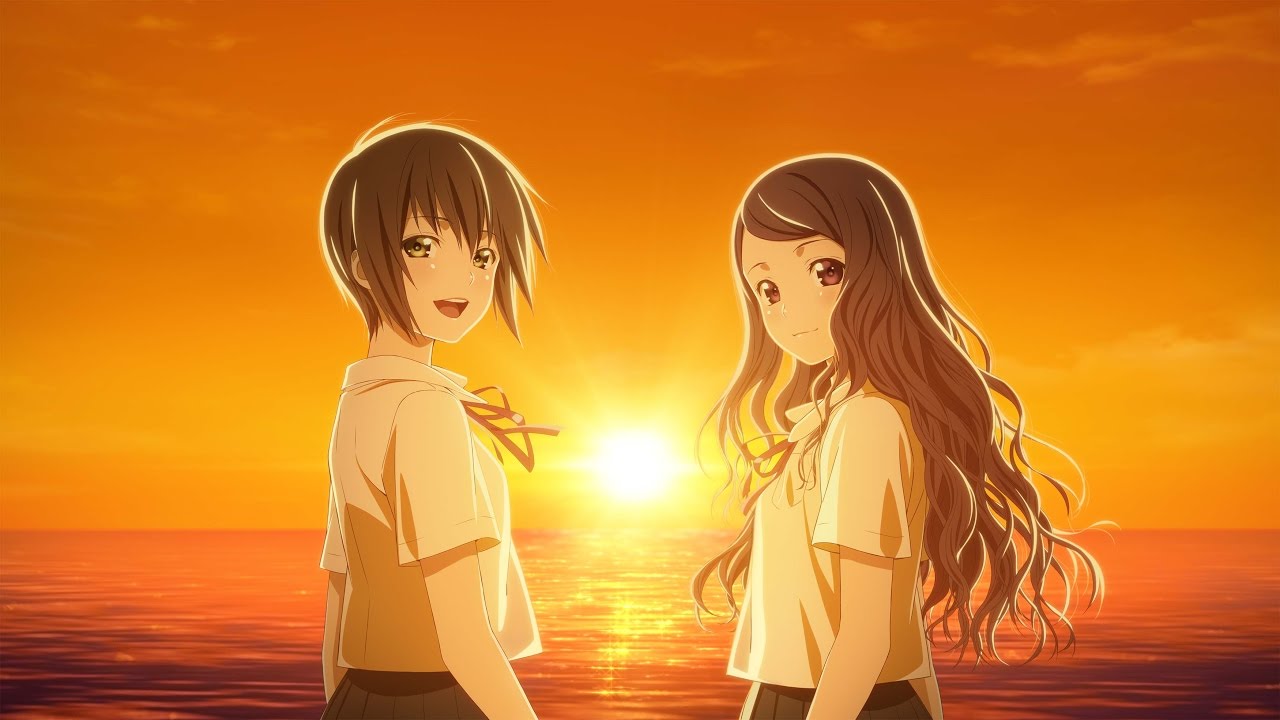 Time travel gets tricky in Sagrada Reset, soon available to stream exclusively in the U.S. on Anime Strike. Almost half the population of the town of Sakurada possess special abilities. Misora Haruki has the power to reset time for a maximum of three days into the past; Kei Asai has a photographic memory that allows him to remember everything he sees and hears, even after Misora resets time. Together, they use their powers to help others … except that two years ago, their actions caused the death of former classmate Sumire Sora, a girl who shouldn’t have died. As members of the school's Service Club, Kei and Misora spend most of their time fulfilling clients' requests, all the while working together to undo the pains of the past. Sagrada Reset will start streaming new episodes every Wednesday starting April 5.

The biggest school throw-down of the century in this spring's Armed Girl’s Machiavellism. Rebellious Fudo Nomura has no idea what he’s getting into when he’s transferred to a school where the girls carry weapons to appropriately “discipline” the boys into submission. In the Private Aichi Symbiosis Academy, Nomura’s life is actively in danger when he becomes the target of Rin Onigawara, leader of the Five Ruling Swords, the five-girl group that commands the school. His only option: get expelled from the only school that would take him, or survive the wrath of these Machiavellian girls! Armed Girl’s Machivellism is scheduled to stream new episodes every Wednesday starting April 5 on Anime Strike. 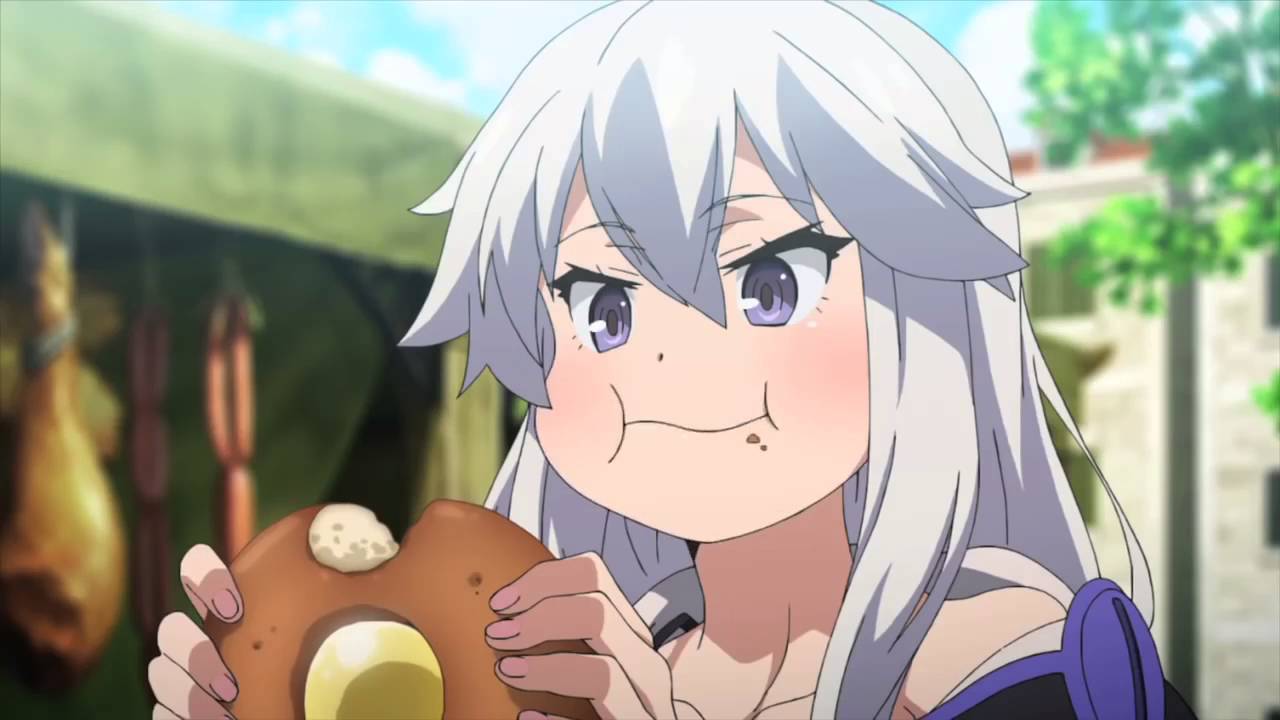 A witch emerges from seclusion to recover a stolen book of magic in GRIMOIRE OF ZERO. In Liturgical Year 526, sorcery has spread throughout the land, but few are aware of a rival practice called "magic." One day, a half-man, half-beast mercenary who has found himself on the run encounters a beautiful witch known only as “Zero.” Zero makes him an offer: if he escorts her on the search for her stolen grimoire, she will help him gain a human form. Despite his hatred for witches, the nameless mercenary accompanies Zero and guards her as she sets out to reclaim a book that has the power to destroy the world. GRIMOIRE OF ZERO starts streaming every Monday starting April 10 on Anime Strike. 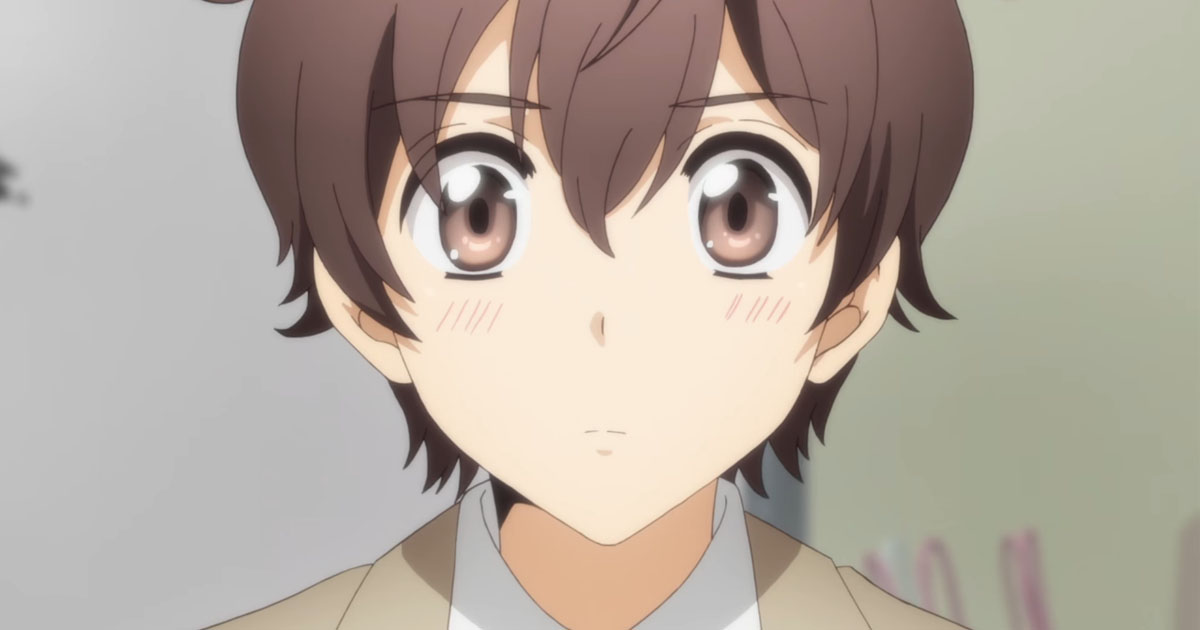 Finally, enter the world of kabuki with Kabukibu! Based on the light novel series by Yuuri Eda, this story follows one teenager's attempts to take a 17th-century art form and make it cool again. Freshman Kurogo Kurusu finds his true passion in kabuki, a form of classical Japanese dance theatre. When he finds out his school doesn’t have a club dedicated to it, he enlists the help of his best friend Tonbo to make one. They'll need at least five members to get things started, however, and together they'll have to win over an unlikely roster that includes stage actors, martial artists, and band members who aren't into kabuki at all. Kabukibu! starts streaming April 7 exclusively on Anime Strike.

These six new anime series join previously-announced Sentai Filmworks programs Sword Oratoria: Is It Wrong to Try to Pick Up Girls in a Dungeon? On the Side and Anonymous Noise, the latter of which you can read our first impressions of here!

GAME REVIEW | Budgetvania is the N...