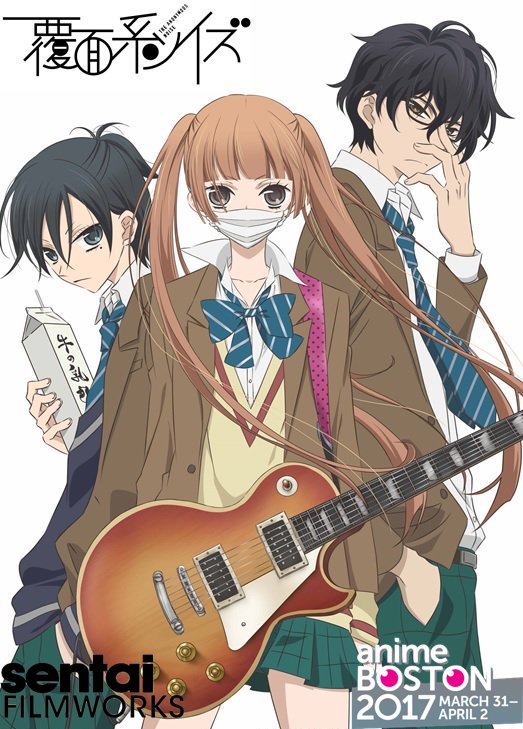 As the snow was falling hard outside the Hynes Convention Center, the anticipation was heating up for the premiere of Sentai Filmworks' latest acquisition Anonymous Noise. Held in the Grand Ballroom of the Sheraton Hotel, the first episode of Brain's Base (Princess Jellyfish, Kiss Him, Not Me) and Warner Bros. Japan's latest series had not been seen even by anyone in Japan. After viewing the first episode at Anime Boston, Anonymous Noise seems to have a fine balance of drama, humor, and rock & roll mentality.

Episode One of Anonymous Noise dives into a little bit of back story, as Nino Arisugawa (Saori Hayami) is found harmonizing near the beach. She sings to seek out her childhood friend Yuzu (Daiki Yamashita), who disappeared from her life without any means of finding him. On her first day at high school, the Music Club puts on a surprise performance, with Yuzu on guitar. Hearing Nino harmonizing with the band from the audience, Yuzu stops playing and runs off the stage. Finally catching up to him, Nino embraces Yuzu, with the guitarist attempting to push himself away from her long-lost friend. 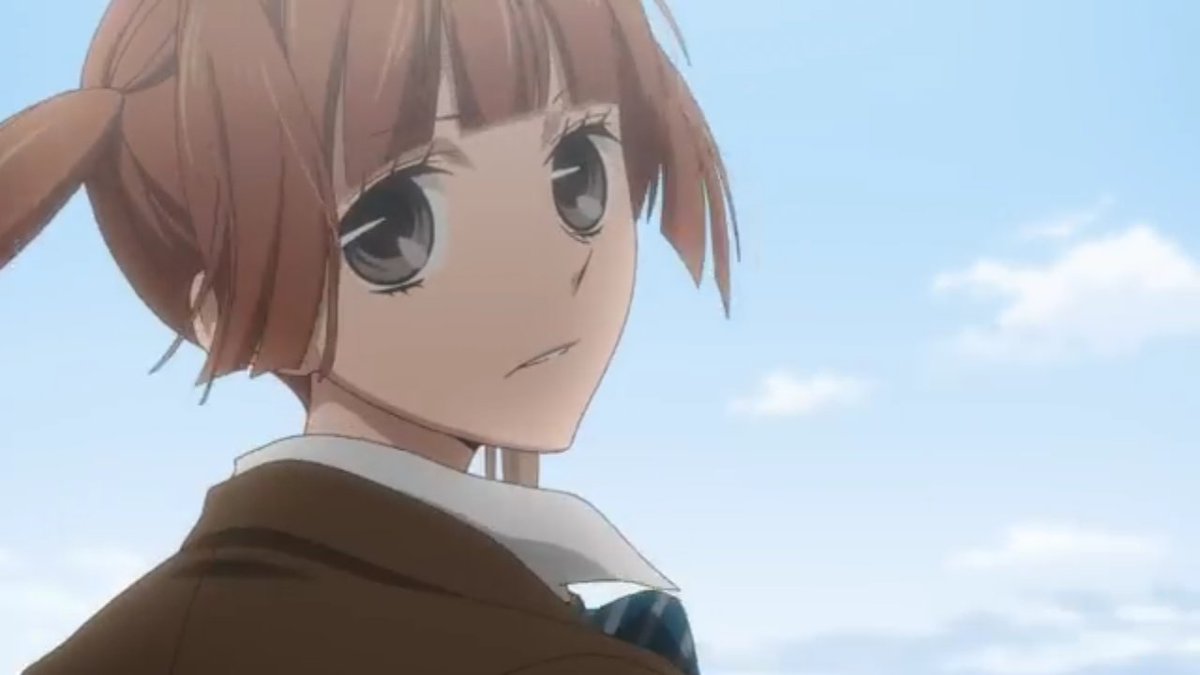 While it's not revealed why, Yuzu seems to have a reason for keeping his distance from Nino. However after finding her in the seat next to him and harmonizing some more as he plays piano, it seems that avoiding her is next-to-impossible. Things get more awkward when the Music Club's vocalist disappears, with bandmates quickly grabbing Nino to have her perform in her stead. Learning a couple songs by their favorite band in NO hurry to shout, Nino and the Music Club then hit the stage for one hell of an electric performance.

What makes Anonymous Noise such a quick attention-drawer is its musical aspect. Audibly, the in-anime band's sound is very reminiscent of Black Stones from Nana and The Fallen Moon in last season's Fuuka adaptation. It's how Nino is presented as she sings where it gets a little interesting. In regards to most rock-based anime series, I'm used to seeing the singer stand stationary with their eyes on the crowd. Here, Nino is clawing at the back of her head, swaying around in a very theatrical metal style. Singing is her therapy, and as she spouts the lyrics it's as if you're watching the pain and anguish of her long search hurtling towards the entranced audience. 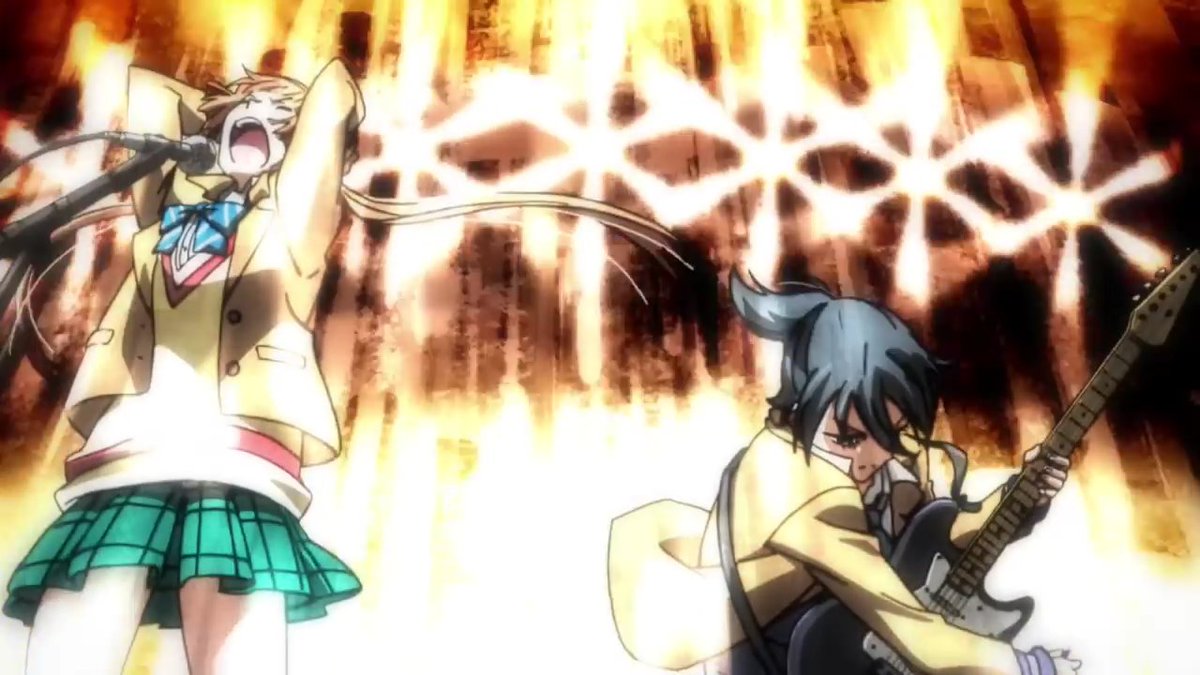 Outside of the musical part of the show, the anime premiere also had a decent amount of back story to give you an idea of why Nino has been searching for Yuzu. Odds are more will be revealed in future episodes, giving way to Yuzu's reason for avoiding Nino initially. There's also the character of Momo (Kōki Uchiyama), who appears in a couple of scenes, and his possible connection to Nino that will be showcased in hopefully the next chapter or two, but as of now his cryptic speech is a tad questionable. Nevertheless, there seems to be enough mystery roaming about to keep viewers wondering what these three characters' pasts were like.

Performance-wise, Hayami's Nino and Yamashita's Yuzu seem to be believable enough to keep the series relatable to the audience. Daisuke Ono is passionate as always in his performance as Music Club bassist Haruyoshi, with Jun Fukuyama having a fine flair in his personality as drummer Kuro. There wasn't enough screen time for the frontwoman Miou, so it was kinda tough to judge Ayahi Takagaki's take on the role. The same can somewhat be said about Uchiyama's role as Momo, although his tone does leave a certain dark mentality behind how it sounds.

The first episode of Anonymous Noise was an overall great premiere. While it had a couple of the usual comedic tropes we've seen in shojo-based anime, the presentation this sneak preview showcased was kinda refreshing. While it's hard to truly judge what we can expect from the entirety of this series, the premiere had just enough of a hook that will certainly entice lovers of romance, comedy, and music to tune in.