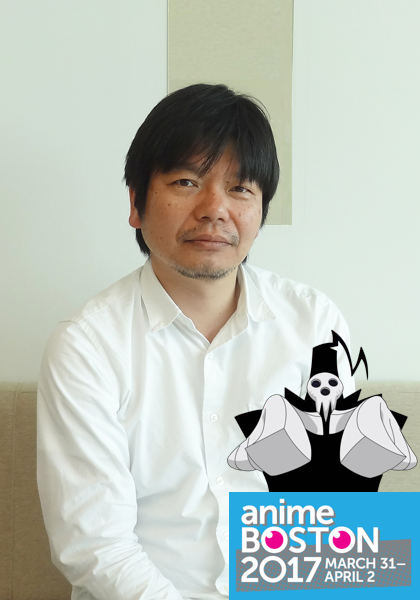 Anime Boston 2017 just dropped a huge bombshell of a guest announcement, with Studio BONES founder Masahiko Minami set to appear at the event.

After graduating from the Theater Arts Department of Osaka University of the Arts, Minami joined the anime production company Nihon Sunrise (now SUNRISE INC.) and produced several shows such as Mobile Fighter G Gundam, Escaflowne, and Cowboy Bebop. In 1998, he decided to leave SUNRISE to start BONES INC., where he also acts as both the President and a Producer. Under BONES, he has produced Fullmetal Alchemist, Eureka Seven, My Hero Academia, Space Dandy, Mob Psycho 100, Ouran High School Host Club, Soul Eater, and many more critically-acclaimed anime.

"We are deeply honored to present Masahiko Minami at Anime Boston," said Convention Chairman Victor Lee. "Minami-san has produced some of my personal favorites, such as Cowboy Bebop, RahXephon, and Fullmetal Alchemist. As a founder and current president of BONES INC., Minami-san is one of the true giants of anime."