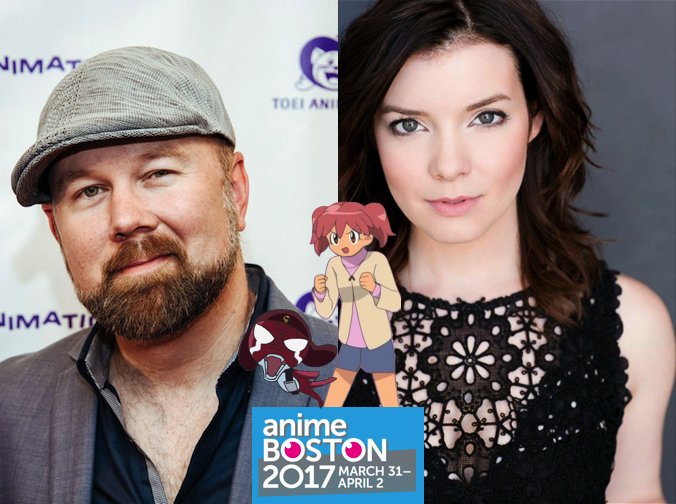 An industry member for twenty years, Cherami Leigh has worked on over 100 anime projects. She's most recognizable as Lucy in Fairy Tail, Natsumi in Sgt. Frog, Lizzie in Black Butler, Sailor Venus/Minako in Sailor Moon, and Lady Kudelia in Mobile Suit Gundam: Iron Blooded Orphans. Outside the anime realm she can be heard as Makoto in the upcoming video game Persona 5, and has also been featured in such TV series as Friday Night Lights, Bones, Shameless, as well as Richard Linklater's film Fast Food Nation.

“It's always such a delight to host Cherami at Anime Boston," said Victor Lee, Convention Chair. "I look forward to the pleasure of working with her and watching her interacting with her fans!”

Calling Christopher Sabat a voice-acting icon is a true understatement. On Dragon Ball Z, Sabat has brought a new level of range and intensity as the voice of Vegeta, Piccolo, Yamcha, Mr. Popo, Korin, Burter, Shenron, Zarbon, Guru, and many others! He can also be heard as Alex Luis Armstrong in Fullmetal Alchemist, Elfman in Fairy Tail, Zoro in One Piece, Giroro in Sgt. Frog, and Masa in My Bride is a Mermaid. In the gaming realm, he's known for his roles of Captain Smiley & Star in the hilarious Comic Jumper and Rundas in Metroid Prime 3: Corruption.

Added Victor Lee, “Christopher is one of the most prolific talents in the anime industry, having both voiced and directed in some of the most famous titles in the medium. We can't wait!"