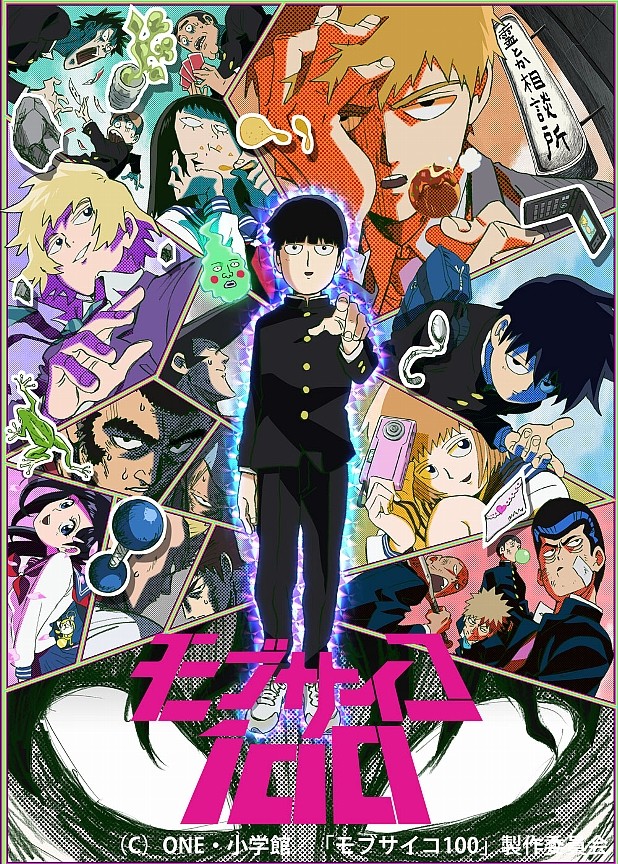 Can lightning strike twice in the same place? That's what I found myself asking when, less than half a year after One-Punch Man ended its first season, another manga by ONE was getting the anime treatment. Rest assured, Mob Psycho 100 is nothing like the adventures of Saitama and Genos. Rather, this concoction is its own entity, and while it does have a strong comedic tone, Mob Psycho 100 so far manages to outdo ONE's superhero tale with its take on some more serious aspects of life.

Mob Psycho 100 focuses on Shigeo Kageyama (Setsuo Ito), whom everyone calls "Mob" due to his lack of presence. His reason behind his lack of outgoing personality has to do with his psychic powers, which reach dangerous levels when he gets too emotional. With the help of faux psychic Reigen Arataka (Takahiro Sakura), Mob sets out to help exorcise evil spirits and help them find peace in the afterlife. Meanwhile, his younger brother Ritsu (Miyu Irino) finds himself in the shadow of his older brother due to his lack of powers, despite Mob wishing he could be a lot more like him. 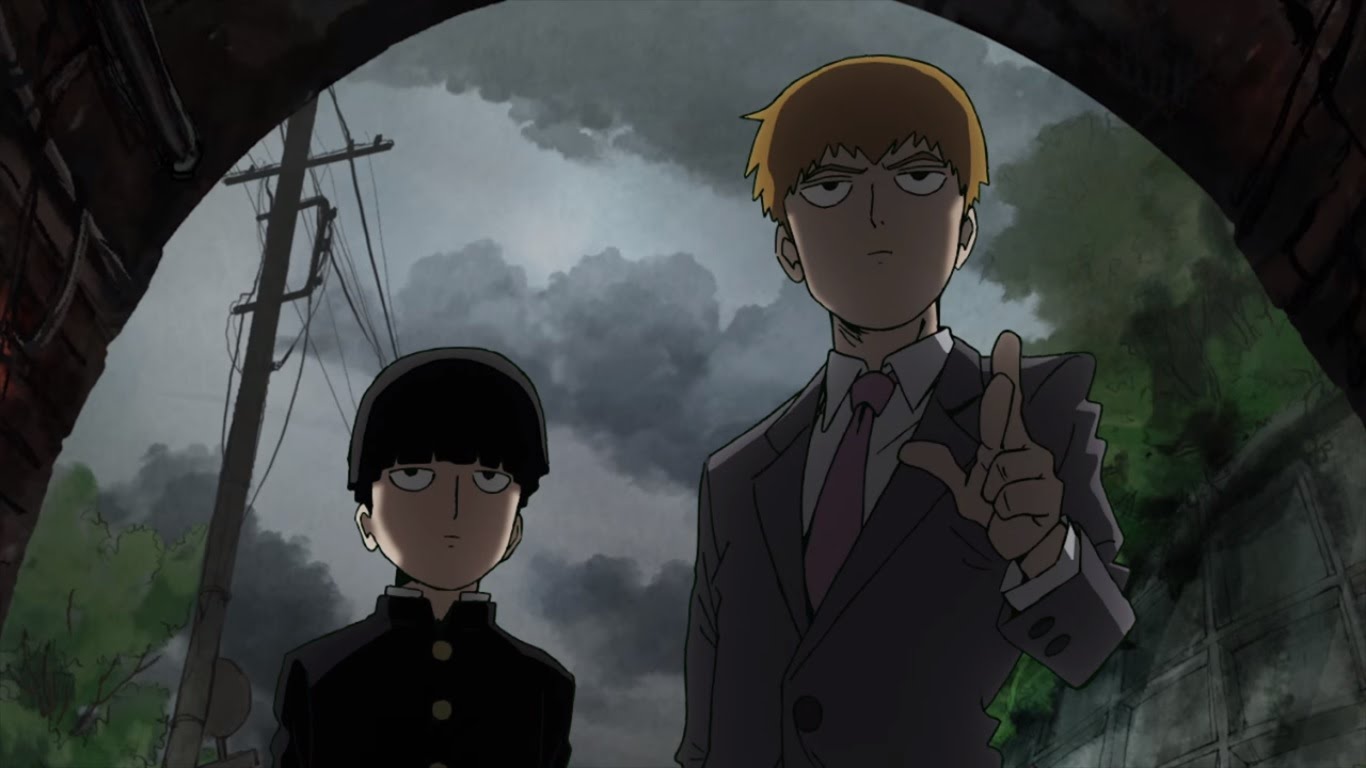 When Mob reaches an emotionally angry level of 100, he has the capacity to unleash a power that makes him practically invulnerable. However, because he hates violence, he does all he can to make sure that he doesn't hurt anyone with his powers. (A flashback explains what may occur if he does let it all out.) It becomes impossible for Mob to keep it all bottled up if knocked unconscious, as it then releases a destructive power that he himself cannot obtain when fully aware of his surroundings.

When I started watching Mob Psycho 100, I was expecting another satire piece from the man who -- in one fell swoop -- practically made mince meat out of the Marvel & DC universe. While the show is often hilarious, poking fun of the world of espers and teenage angst, it's not a true full-blown comedy. In retrospect, the anime actually takes the time to display the seriousness of Mob's mentality and the world surrounding him. If he gets too emotional, people -- including those he cares for -- will get hurt, and while he does have the power to fix things when they go out of control (as evident in the climax of Episode Five), the guilt that he feels for doing so still lingers in his gut. 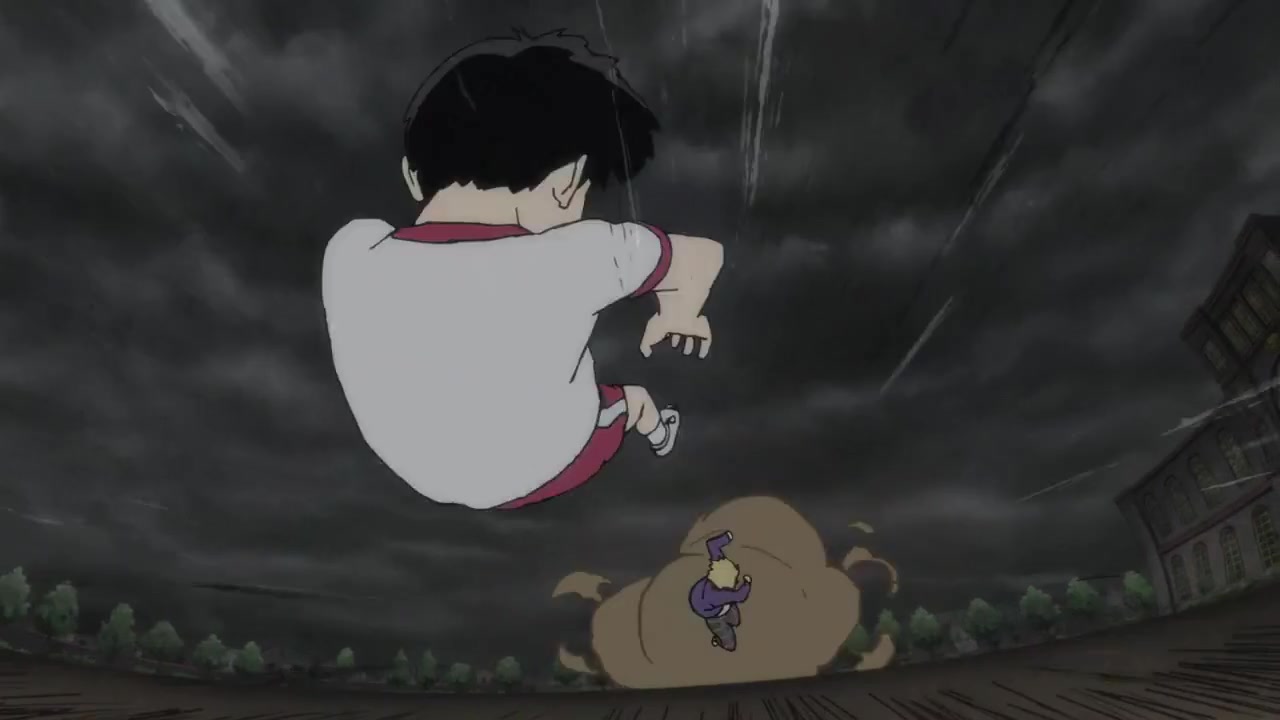 It's when I witnessed Mob's full potential being unleashed when I realized what Mob Psycho 100 was trying to emulate. Watching how he can pull apart buildings and defeat enemies with his mind made me think back to when I used to read & watch the iconic series Akira. What Katsuhiro Otomo was able to capture in a post-apocalyptic setting, ONE has brought to the modern realm. However, instead of cool teens on bikes and the government trying to keep the powers under wraps, we're placed into a more subdued scenario with a kid who'd rather work to get the perfect body than showcase his powers. After all, girls are more into muscles than magic, right?

What makes Mob Psycho 100 stand out is its visual style. Where One-Punch Man was more based on the art style of Yusuke Murata's helpful pen, this anime takes the creator's original vision and brings it to life on the screen. This results in the series looking super deformed, in a way that it sometimes makes it look like the recent DD Fist of the North Star parody. Characters look ugly (with the exception of Mob's childhood crush), and the world appears jagged. Thankfully, this visual appearance adds a level of personality that helps to hone into its comedic style and attitude. 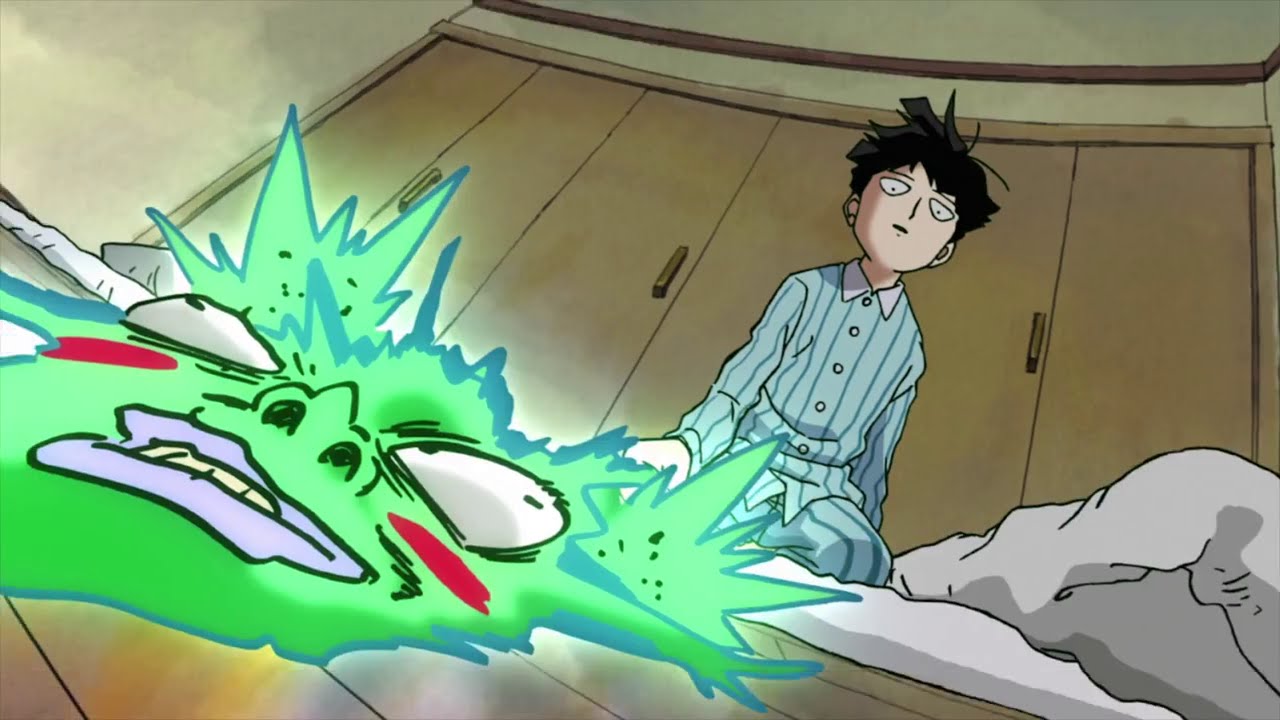 Despite its overall look, the battles we see Mob face off in are ridiculously impressive. Watching as buildings are seemingly ripped brick by brick and clothes torn into nothingness is done so in such detail, yet at the same time stay in that cartoonish visual style so it doesn't look out of place from the rest of the series. Studio Bones -- who've made a name for themselves with their work on Fullmetal Alchemist, Soul Eater, and this year's My Hero Academia -- have proven here that a show doesn't need to be drawn in a realistic fashion to be badass.

Setsuo Ito does a fantastic job with delivering Mob's monotonous tone, fitting well with the series' comedic style meshed with a dose of real-life emotional angst. In the role of Reigen, Sakura creates a fine foray of a shyster's attitude whilst keeping to the part of the show's well-deserving fodder. While he hasn't had too much of a big role as of yet, Irino brings a level of understandable jealously and aggravation to his portrayal of Ritsu. (However, knowing how the sixth episode ends, we may see a far bigger presence from him in future episodes.) 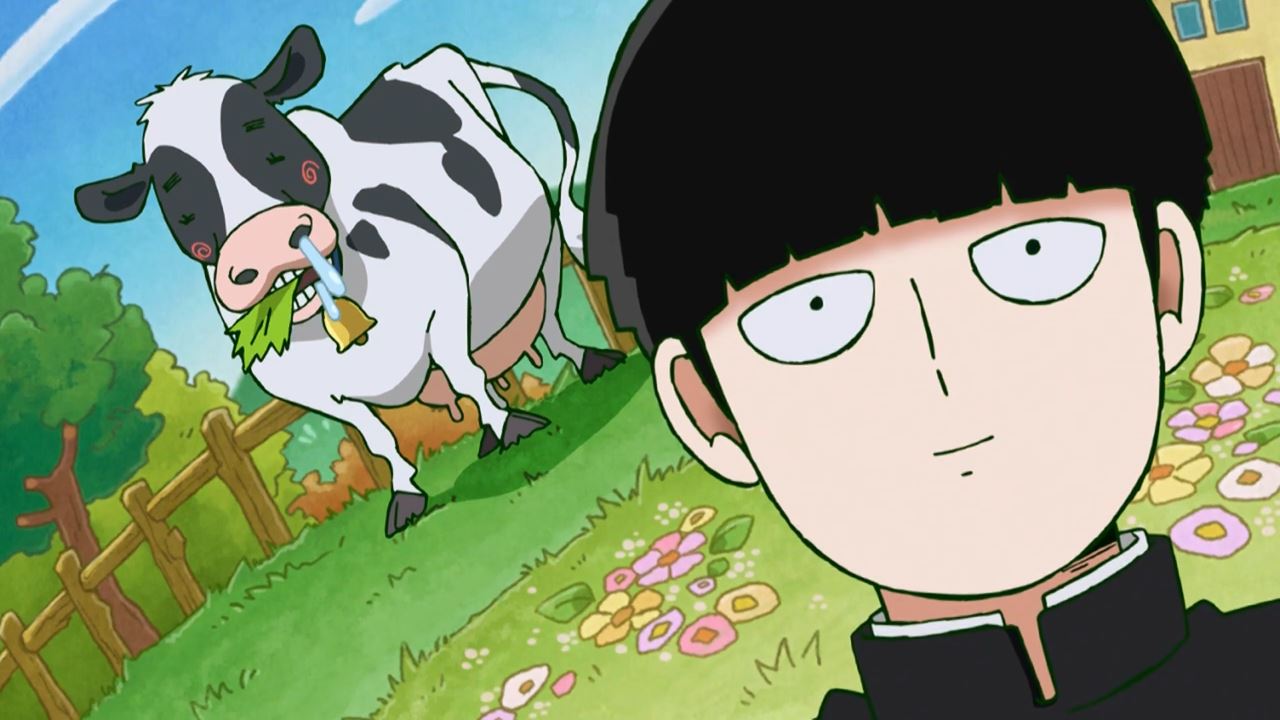 Kenji Kawai has proven to be one of Japan's finest composers, working wonders within the realms of the comedic (Ranma ½, Barakamon) and dramatic (Ghost in the Shell, Ip Man film series). For Mob Psycho 100, he's able to dive in-between these two areas and bring forth a score that captures both the show's humorous timings and most intense moments. Opening theme "99" by Mob Choir (whose members are currently a complete mystery) builds up the tension as it counts toward Mob's breaking point, as the song bangs its way through fast-paced visuals and loud chants. Meanwhile, ALL OFF's "Refrain Boy" serves as a fine ending song, presenting Mob's mentality as the lyrics describe uncontrollable feelings and the destructive power that comes with it.

In a year when anime has made a fool of the rest of the entertainment scene, Mob Psycho 100 stands out as one of 2016's best series. Often funny, sometimes serious, and always visually unique, ONE has delivered to us another jaw-droppingly brilliant anime that may very well reach iconic levels of greatness in the long run. Those believing that ONE was to be a one-hit wonder may want to rethink their mentality, so long as it doesn't destroy any nearby buildings. Like lightning striking twice, Mob Psycho 100 is electrifying in every way, shape, and form.

Mob Psycho 100 can be viewed on Crunchyroll. Episodes 1-6 were observed for this review.