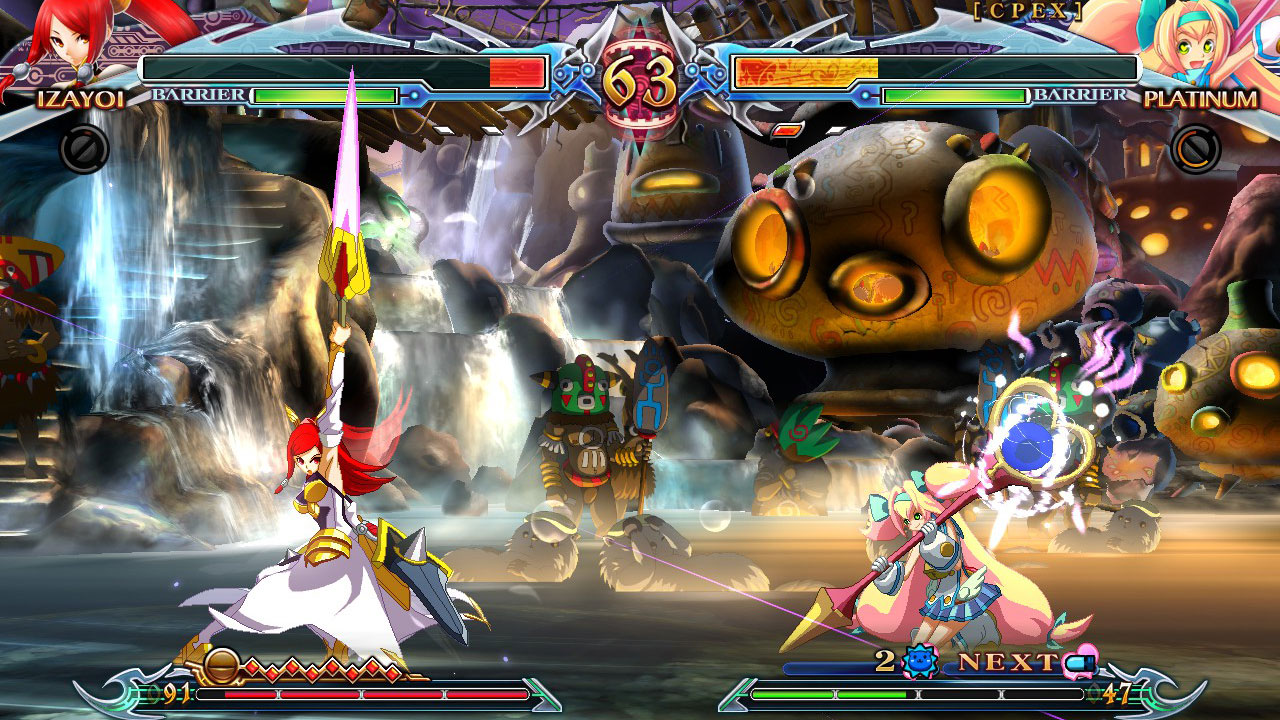 Arc System Works is prepping to release the latest Blazblue -- Central Fiction -- later this winter, but that hasn't stopped them from porting Chrono Phantasma to Steam. Even with Central Fiction on the way, it's still a good game, and especially helpful for getting or keeping your chops sharp for the next installment.

Blazblue is a flashy and complex fighter much like Guilty Gear Xrd. Unlike that game, Chrono Phantasma is a far more straightforward and simple-to-play fighting game. Sure, there are moves like double jumping, high jumping, and air dashing, but there are multiple ways to recover from attacks to get back on your feet. Apart from standard blocking, there are only two more methods of defense: the Overdive and Burst Break. 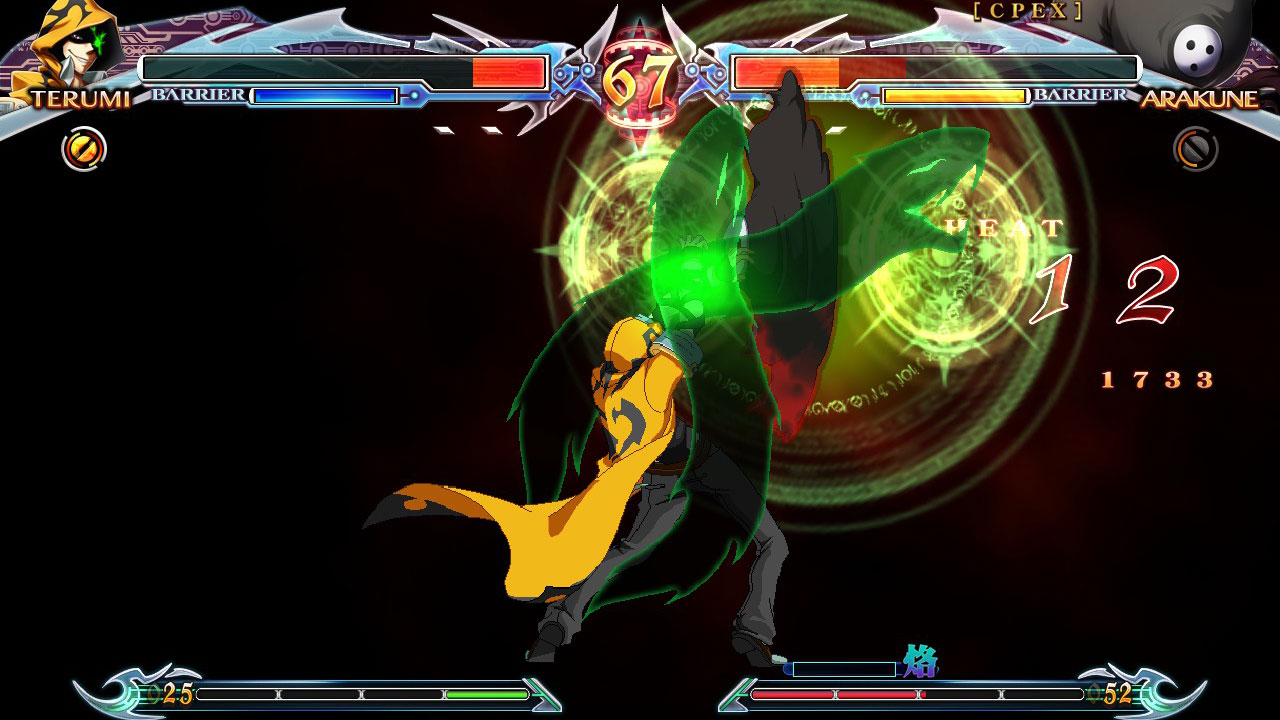 These abilities can be offensively and defensively respectively based on whether you activate it while stationary or while defending. The other defensive technique is the barrier guard, which runs on a meter and can block stronger attacks. Its meter recharges over time, but the game wants players to keep moving in battle. If a player keeps evading there opponent and not attacking, they will enter a negative state where they will be unable to use their barrier for awhile. There's also a move that can let players instantly end the match.

Chrono Phantasma has a wealth of modes to choose from. There's Arcade Mode, Story Mode, and modes that act like encyclopedias for the vast amount of story put into the game's world. For a fighting game, there's a lot going on at least, so knowing what's what is a good thing even if you haven't played the previous entries. Also there are a nice tutorial and practice modes, but if you want to do versus or go online, those mode exist too. Online mode's netcode is pretty good, and its lobby setup is exactly the same as Arc System Work's other fighting games on PC, so the familiarity is welcome. 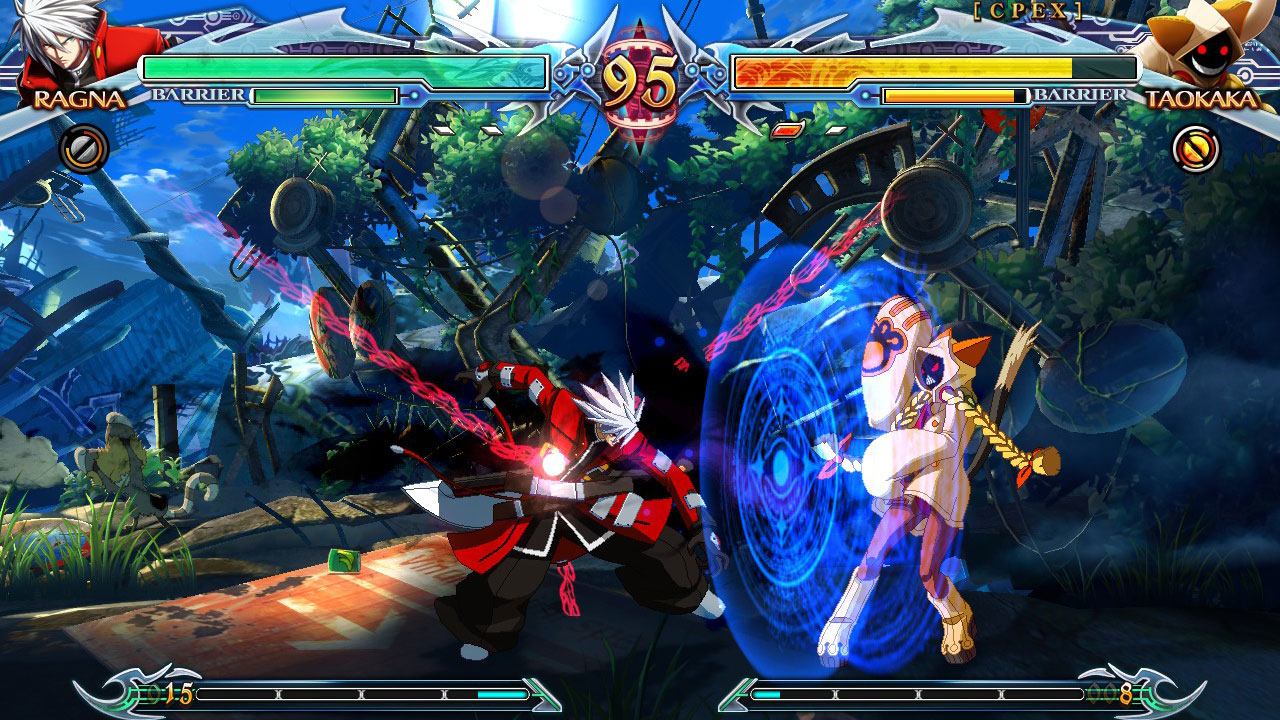 While Guilty Gear Xrd has finally gone the route of 3D polygons, Blazblue is strictly a 2D fare, and the cel animation sprite style in Chrono Phantasma is great to look at. (Of course, this installment was released before Xrd, but even Central Fiction will be in 2D.) The game also features a great dub and soundtrack.

The only real issue I see the is gross collection of expensive DLC still attached to the game. It might have been nice if the DLC had been included into this version without the extra fee, as a way of enticing players to buy it. One other issue is that the game could have taken the opportunity to actually point out which attacks correspond with your gamepad's layout. Otherwise, Chrono Phantasma is still a good fighter to get into, or -- at the very least -- a good way to sharpen your skills before Central Fiction. 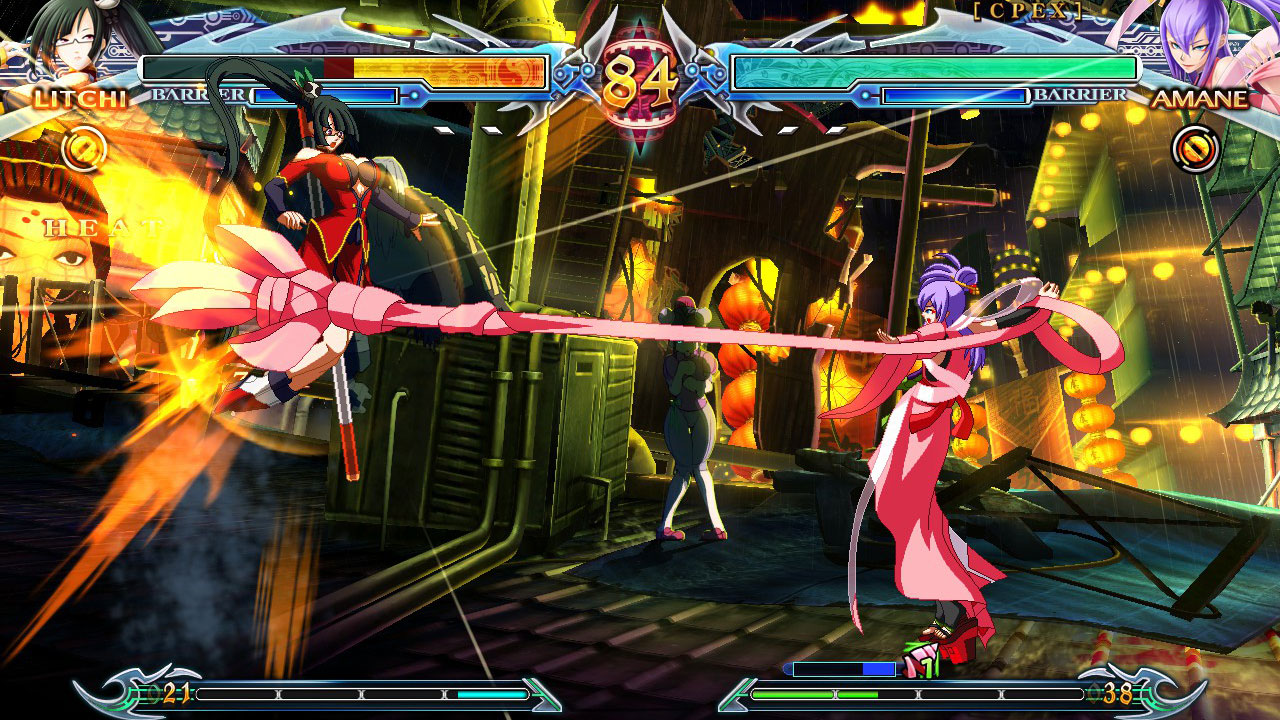 The Good: The gameplay takes some ideas from Guilty Gear but makes it simpler and easier to get into.
The Bad: The amount of HDD space that the game takes up.
The Ugly: the cost of all that DLC, for the type of DLC it is.

SUMMARY: Blazblue: Chrono Phantasma is a good fighting game that still proves it has a place in the series, as well as the genre.