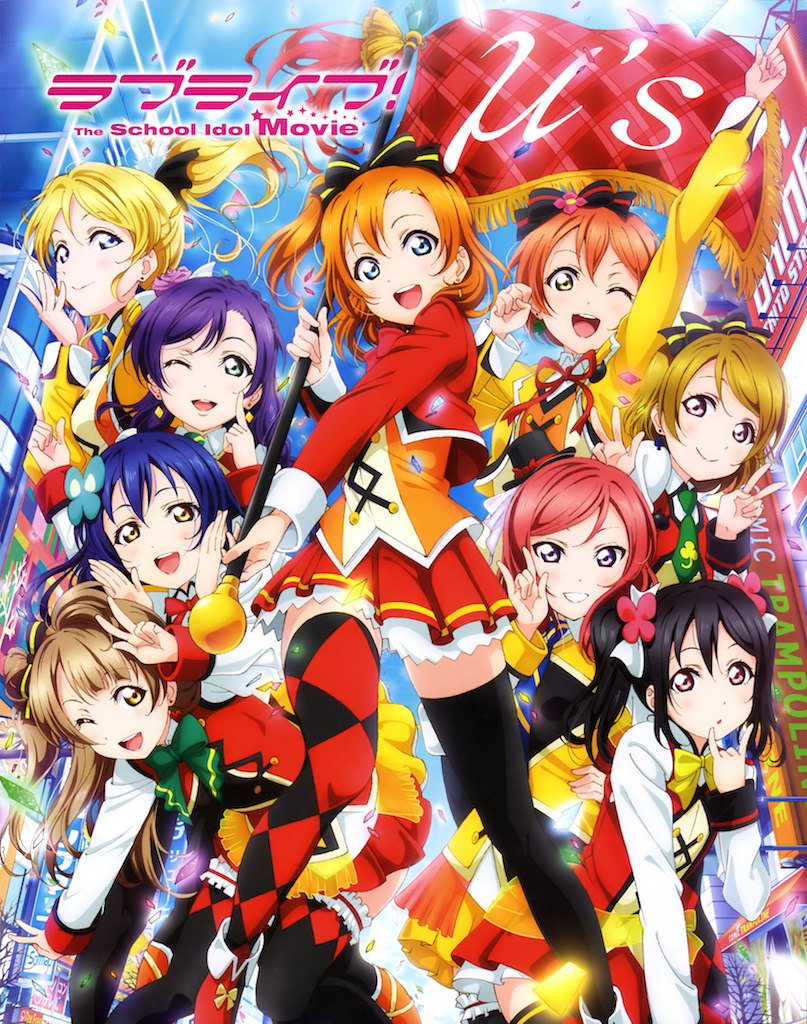 With just two seasons, the Love Live! franchise and the μ's idol group spawned from it became synonymous with the perfect combination of anime and music cross-promotion. Catchy songs, strong character development, and even some surprisingly real emotion have been cornerstones to the story of Honoka (Emi Nitta) and her friends' musical adventure. But like all journeys taken, even the best ones must come to an end. It's fortunate, then, that Sunrise has gift-wrapped such a fitting conclusion, in the form of Love Live! The School Idol Movie.

Picking things right up where we last left μ's, the Love Live! film reveals that plans for the next school idol competition are well underway, with a stadium-sized dome being rumored to be its location. However, where the competition occurs depends on the involvement of μ's, whom have become something of household names after winning the previous contest. After a trip to New York City and some soul-searching, μ's decides what's right for not just themselves, but for the entirety of the school idol community. 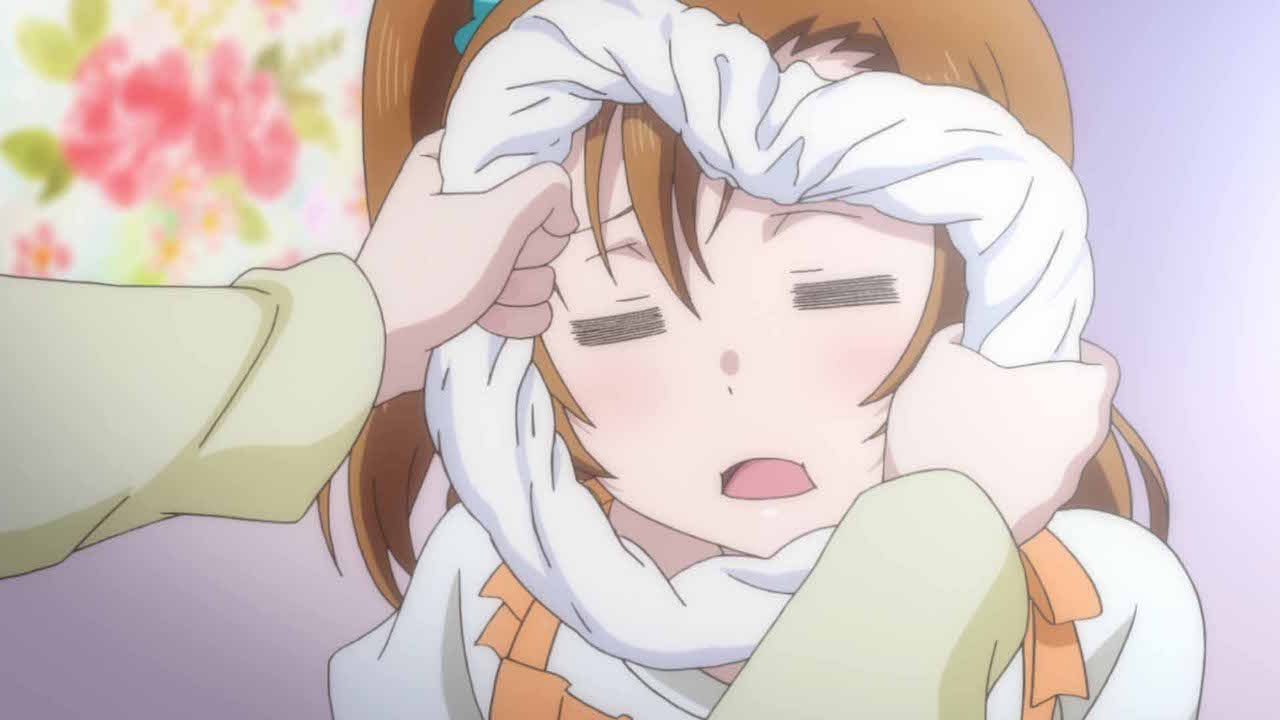 The film comes alive greatly during the New York City segments, as Love Live! captures the spirit and essence of the city known as the center of the world. You can tell that a lot of research went into recreating the hustle and bustle of the Big Apple, from its multicultural populous to the beauty of Central Park. I'll even admit that I got a good chuckle out of the faux Broadway signs that were plastered all throughout Times Square for "The Tiger Queen" and "Picked."

New York also serves as a turning point in regards to μ's next and final phase. In one instance, Honoka comes across a Japanese street musician after being separated from the rest of the group. It's here where the true reason for her performing slowly starts to peek through, becoming an underlying theme throughout the rest of the movie. Should μ's call it a day, or should they carry on after their popularity bursts outside of the school idol fandom? 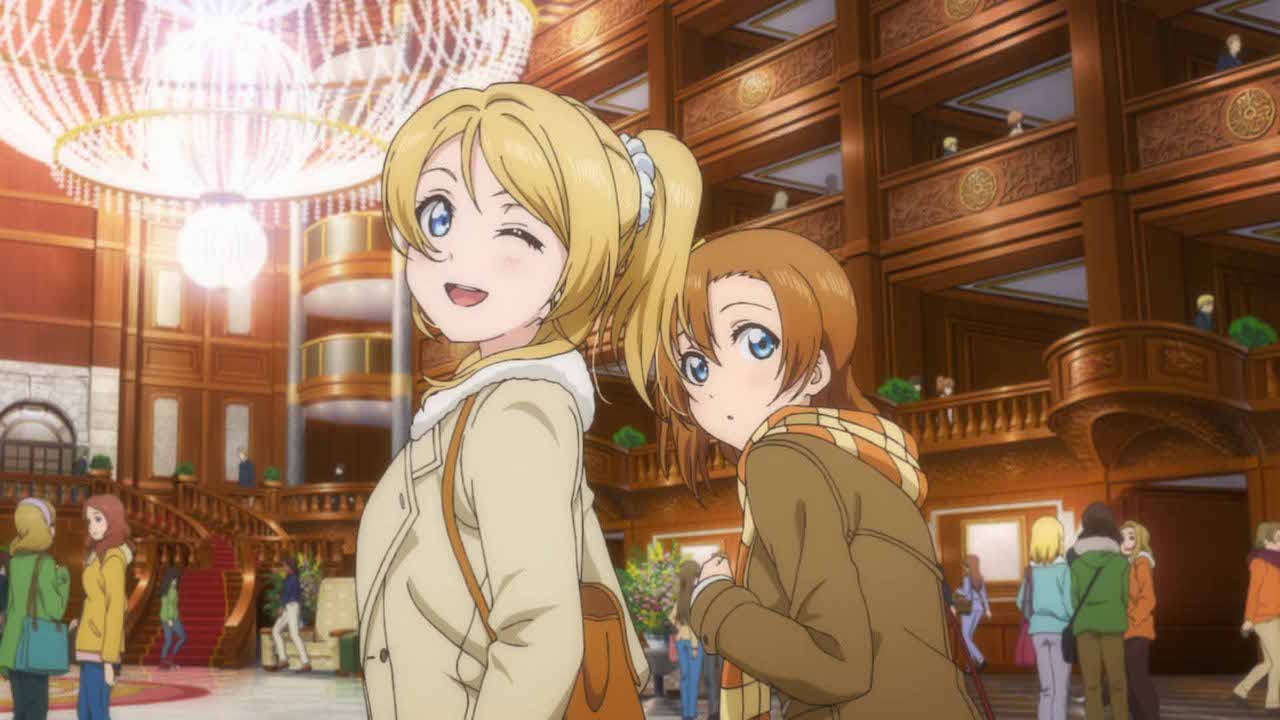 I'll admit that it was a little bit disappointing that the entirety of the film couldn't be placed within the Big Apple, as the potential of positive culture clashes could've spawned some new ideas for μ's to grow upon. (A moment where a couple American girls try to chat with the school idol group gave viewers a taste of such potential.) Fortunately, the film manages to make up for this minor disappointment with a fitting conclusion that not only brings closure to μ's, but also brings the entire school idol scene together for one breathtaking performance.

Love Live! has always been about the music, and it's no exception here in the film. New μ's tracks "Sunny Day Song," "Angelic Angel," and "Bokutachi wa Hitotsu no Hikari" showcase the Japanese voice actresses behind the characters at their best and most heartfelt; the former, especially, what with the way it's presented in the film with the rest of the school idol music scene. Surprisingly, the best songs were the ones spun off from μ's, with Rin (Riho Iida), Maki (Pile), and Hanayo (Yurika Kubo) capturing some Broadway-fused magic in "Hello, Hoshi o Kazoete" and Eli (Yoshino Nanjō), Nozomi (Aina Kusuda), and Nico (Sora Tokui) taking their impromptu rise to fame with claustrophobic backlash in "?←Heartbeat". 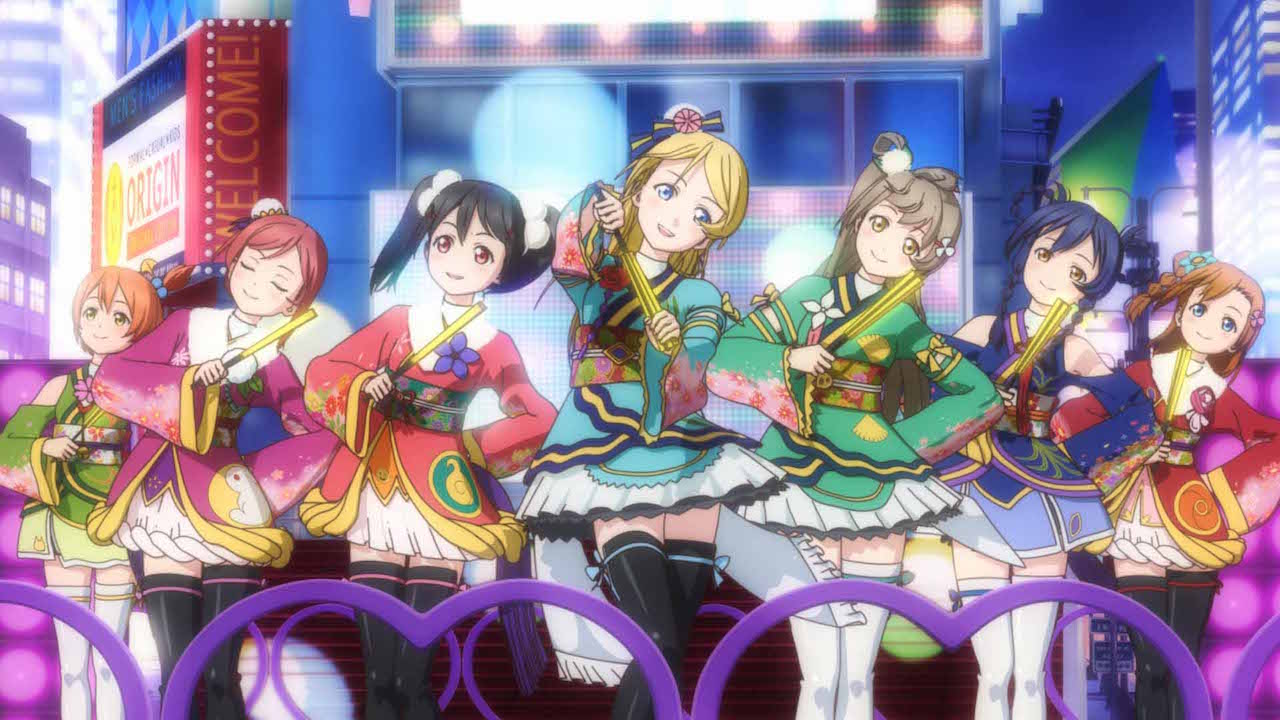 In regards to animation quality, even on TV, Love Live! looked great to watch, so there wasn't too much of a leap Sunrise needed when bringing μ's to the big screen. The one thing that was noticeably better were the CG-animated performances, which actually felt more akin to the series's overall look. How the show transitions from the traditional 2D-animated sequences to the 3D ones was a lot smoother here, with there being moments where I honestly couldn't tell one style of animation from another.

The fact that this was the last chapter for μ's was very evident in the Japanese dub, as it was easily noticeable that the cast knew they were in for an emotional farewell. Nitta, Pile, Tokui, Kubo, Nanjō, and everyone else on the team have grown with Honoka, Nico, Maki, and the rest of μ's, with this series practically being these actresses' biggest career stepping stone. They gave it their all in this closing chapter of Love Live!, and because of that push they brought that extra level of emotion that helped this goodbye feel more real. Its English dub also has some high notes, with Marieve Herington's Honoka, Cristina Vee's Kotori, and Erica Mendez's Nico bringing a very similar level of emotion as their Japanese counterparts; however, because the connection to the characters isn't as strong as the Japanese seiyuu, the English dub lacks that level of humanistic closure the former was able to obtain. 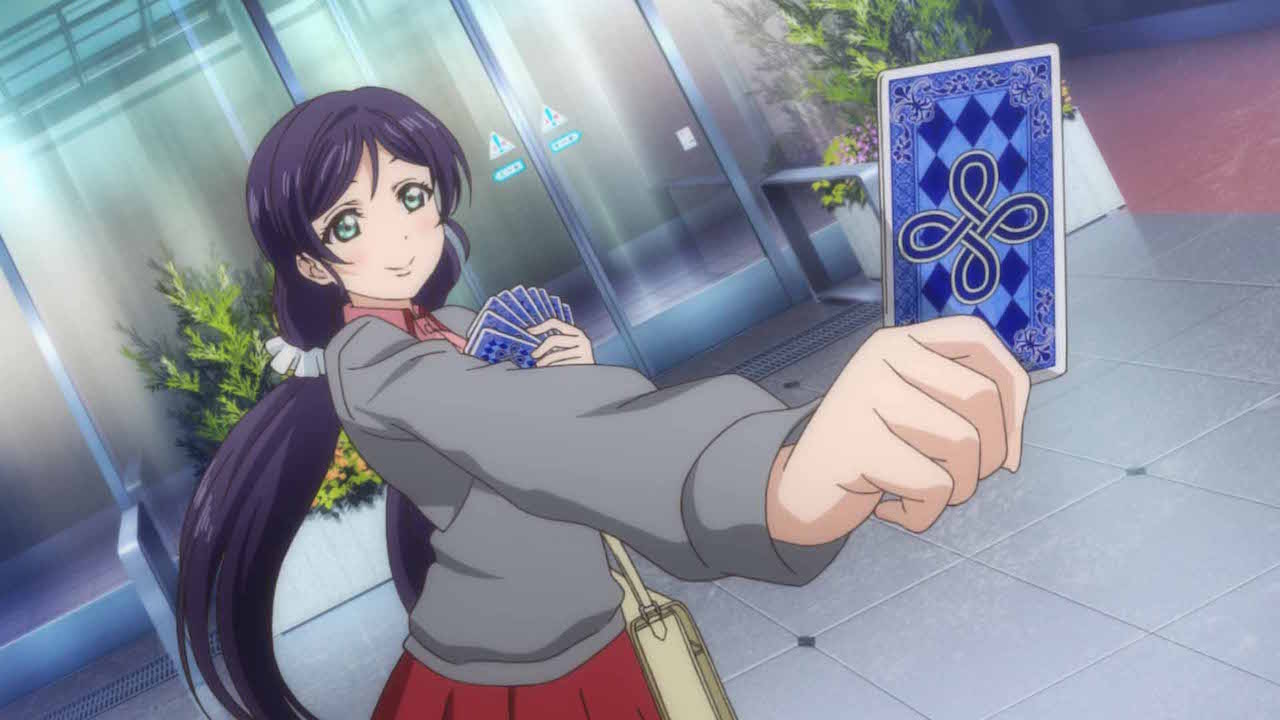 Disc-wise, the Blu-Ray extras are a bit lacking, with only some Japanese TV spots and some trailers for a couple other NIS America series being present. The real goodies are in the Premium Edition, with a beautiful booklet made to look like a μ's scrapbook. Some thoughts from the Japanese cast are given about their respective characters, showing how deep of a connection they have with the roles they've taken on.

Love Live! The School Idol Movie is a wonderful end to μ's's story, with the right amount of emotion, humor, and musical embodiment that made the original series such a delight to watch. It's sad to see these characters meet their Happily Ever After, but with the way their story was crafted, it's nice that it ended on such a lovely high note. The Love Live! universe may continue on, but it'll be hard to top the tale of μ's.

Review copy provided by Robert Agustin of NIS America. Check out Evan's reviews of Season One and Season Two!

GAME REVIEW | Chasing the Devil in...