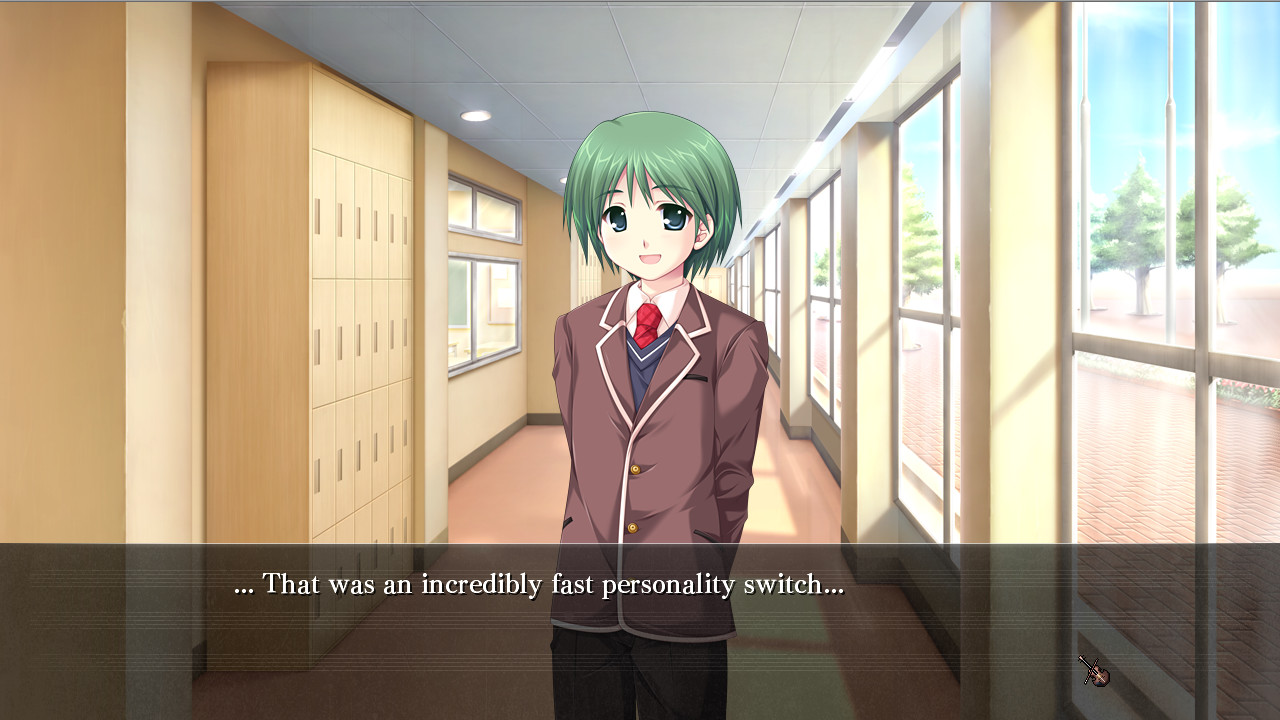 It's been awhile since I've played a lengthy visual novel, but I was finally ready to dive back into another with G-Senjou no Maou, translated as The Devil on G-String. It's a real nice pairing of classical music, drama, suspense, and even some light comedy. Akabiesoft2 has delivered with an intense story for fans of the genre to enjoy.

G-Senjou no Maou is a bout a young man named Kyousuke, who works under a Yakuza boss named Azai Gonzou. It's all to pay back a debt that his father left him. Gonzou is such a cold man, though, as the years spent with him have made Kyousuke's heart grow just as cold, only concerned with making money. It's through his interactions with classmates at school that he begins to open up. 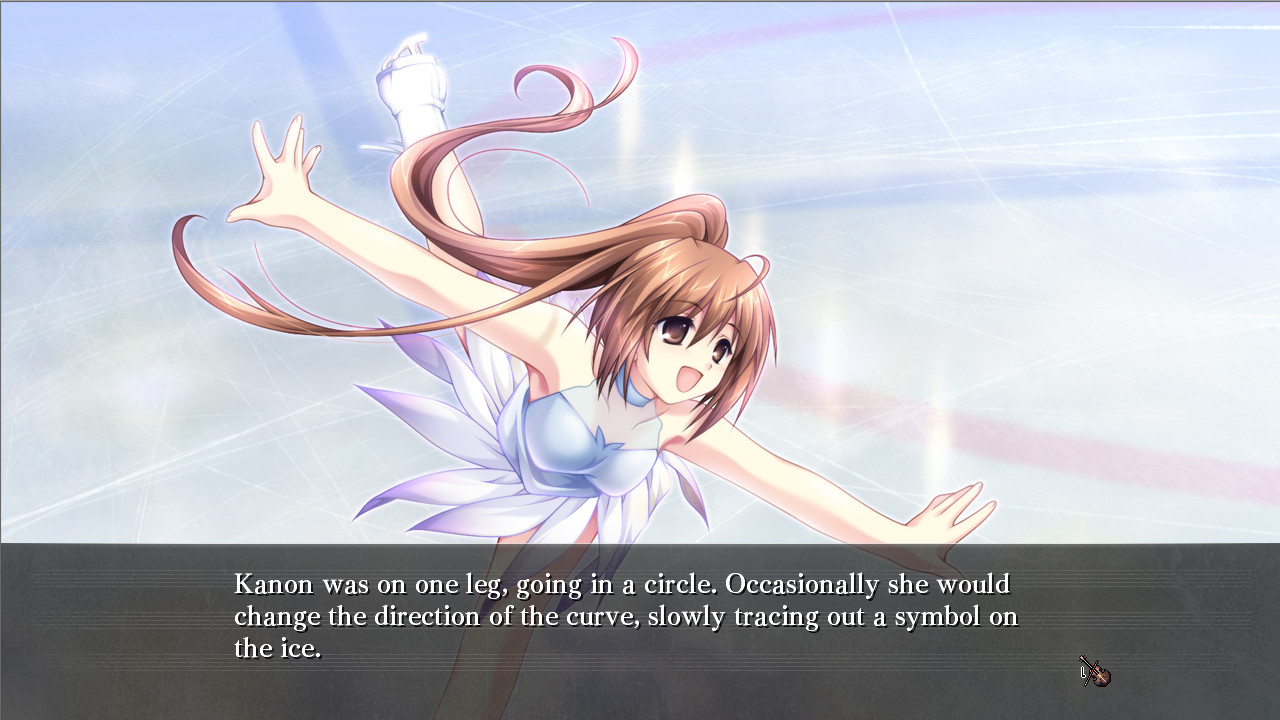 Things start going crazy once Kyousuke's past catches up with him, as a new transfer student named Usami Haru,enrolls. Usami is searching for a man codenamed 'Maou' who ruined her life, and she wants to bring him down. Kyousuke gets involved once Maou starts interfering with his own life. What follows is a series of mysteries and suspenseful cat-and-mouse chases with Kyousuke and Usami as they try to outwit the elusive 'Maou'.

There are five main chapters in the story, and routes for each of the four heroines will split at specific points in each chapter, with most of the choices being pretty obvious. Making multiple saves files is still a prudent idea to quickly get back to a part of the game, and if you somehow forget to do that, there is a chapter select after you clear the game at least once (going from the highest chapter you cleared). The routes themselves are a bit mixed, though. While each route is good, the most interesting routes are Kanon and Haru's, with Haru's being the true route that bares all of the remaining questions about the game's story. 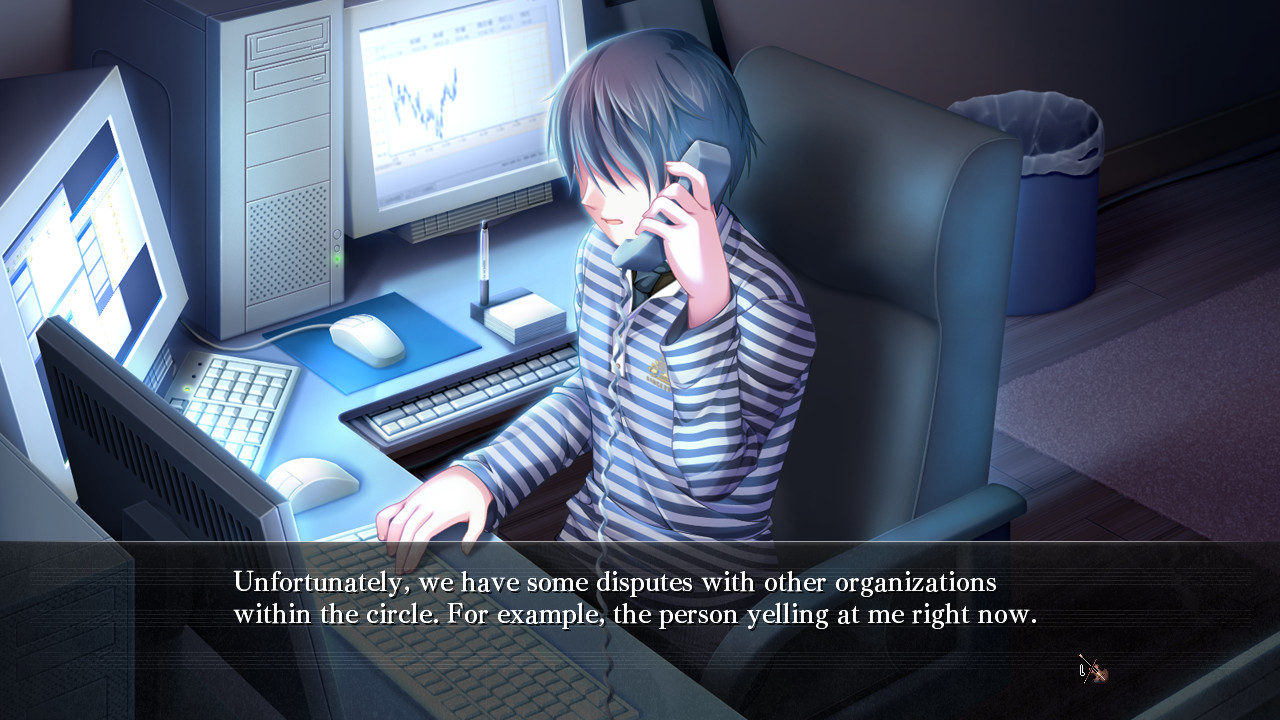 G-Senjou no Maou's story is well done in the true route, and it showcases a tale about how the actions of selfish fathers can horribly impact the lives of their children, with the redemption of the darkness born in their hearts as a result of that tragedy. Much of the cast starts out awful, but the transformation they undergo is wonderful. The suspense parts of the game are also well done, and the prose will leave you wanting more. The use of classical music also is nice, and there is even a ticker that lists the track name when it starts playing, along with the track it drew inspiration from. 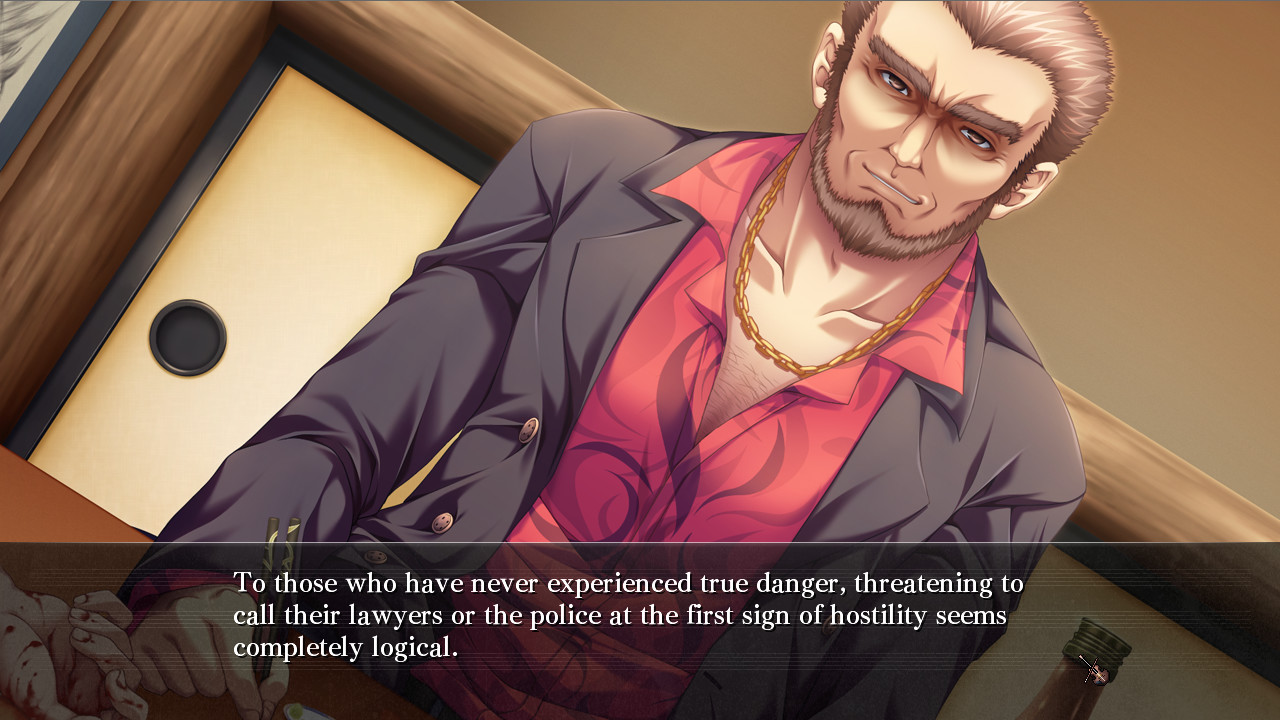 The Good: The story is really well done, and the arrangements of classical tracks compliment the story well.
The Bad: the level of misogyny on display with Eiichi.
The Ugly: The possibility of an 18+ release is up in the air.

SUMMARY: The Devil on G-String's story is a roller-coaster ride of suspense, drama, and light moments of comedic levity, all with a classically-inspired soundtrack.