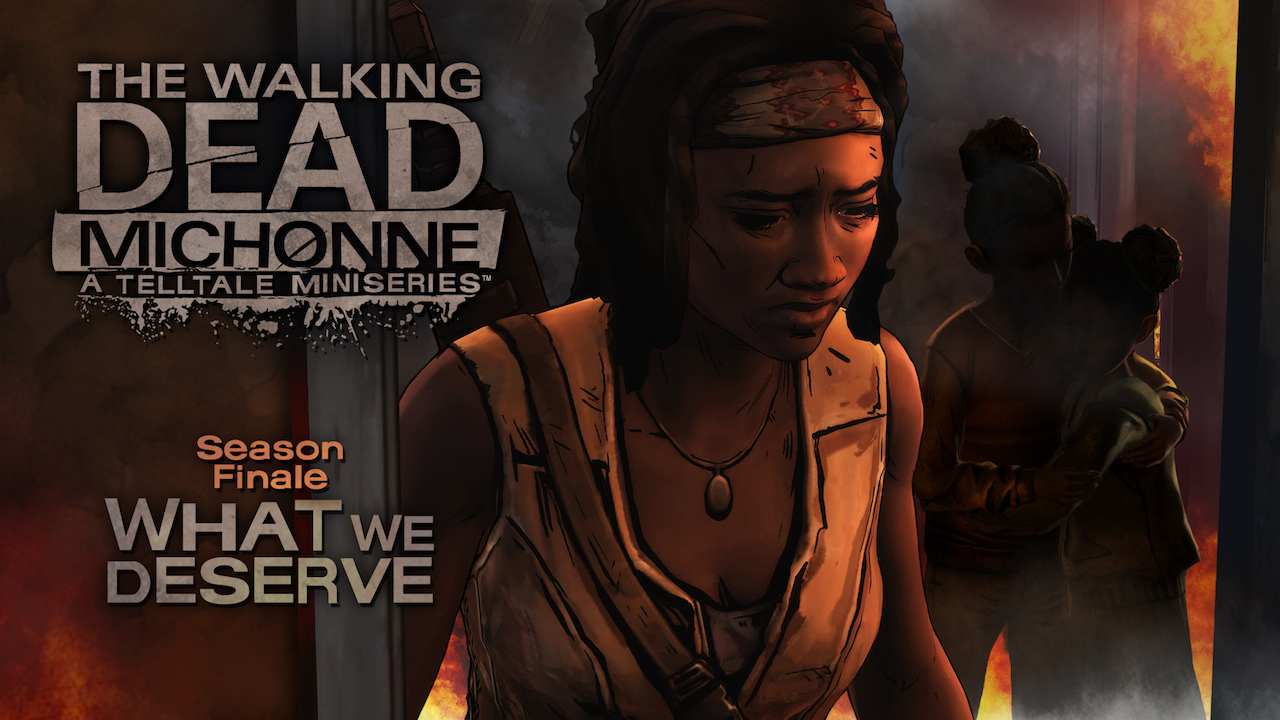 If there's one word to describe the finale to Michonne's mini-series, it's "intense." The cards have been laid out, the chips are all thrown in, and the stakes are as high as ever. With the final call made, "What We Deserve" delivers a major play.

With Norma's brother Randall held captive Michonne, Pete, Sam, and the rest of her family try to figure out how to survive. As the rest of Pete's crew is held captive an imminent trade-off is decided upon. However with emotions high in Sam's abode thanks to the deaths of Greg and her father the most simple solution is never laid out in black & white. The sun begins to rise, and with the clock ticking down the only chance of survival rests on Michonne's decisions. 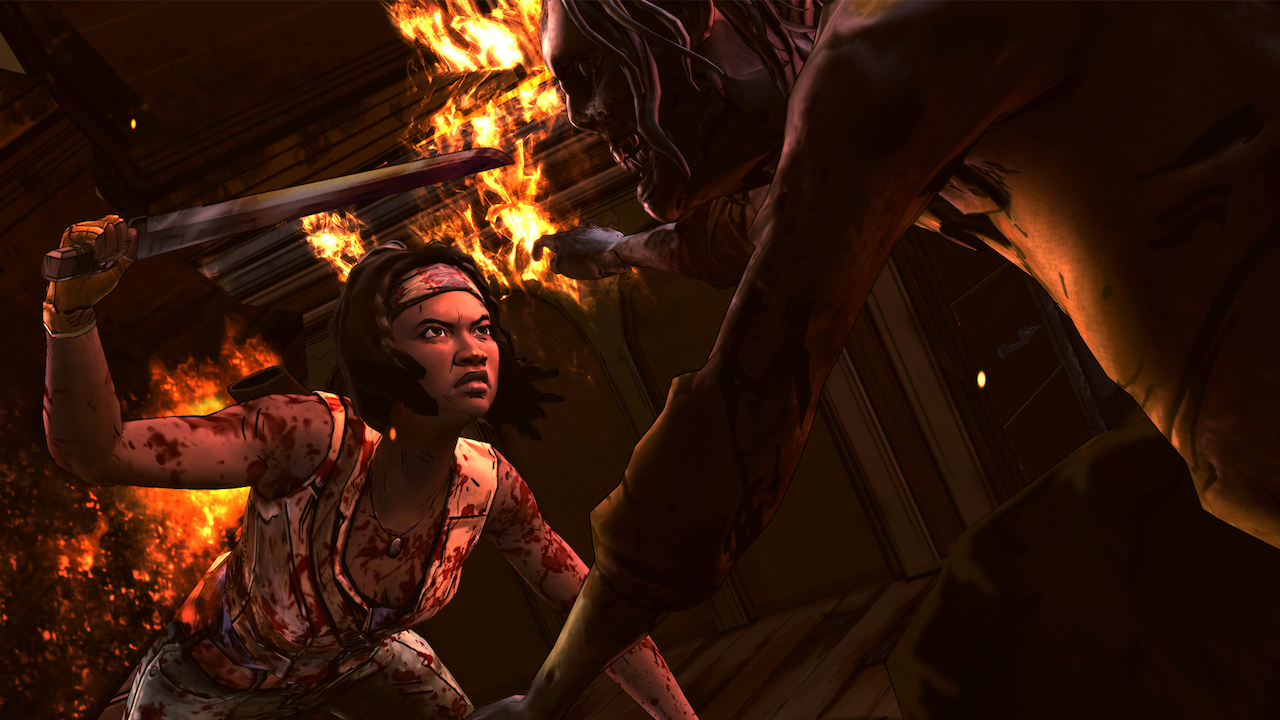 As the story begins to wind down the truths of Michonne's past are unveiled. Her flashbacks become more rampant, and the severity of them reach a point where regrettable visions and reality collide. Meanwhile Sam and her family find themselves grieving the loss of their father and brother in one dark and dismal day. The looks in their eyes showcase a painful sadness that will probably never go away, in the same way Michonne shows whenever thoughts of her two daughters rushes her head.

Emotion plays a huge role in "What We Deserve," and it's fortunate that Telltale Games managed to capture it in a realistic light. You feel for these kids, as the people they thought would always protect them are suddenly taken away. Having to deal with that much heaviness in a matter of hours would throw just about anyone through a loop, and how it was handled here was truly remarkable. Props have to be given to the entire voice acting team to bring about this level of believability, as well as Jared Emerson-Johnson for composing a score that set every single mood perfectly. 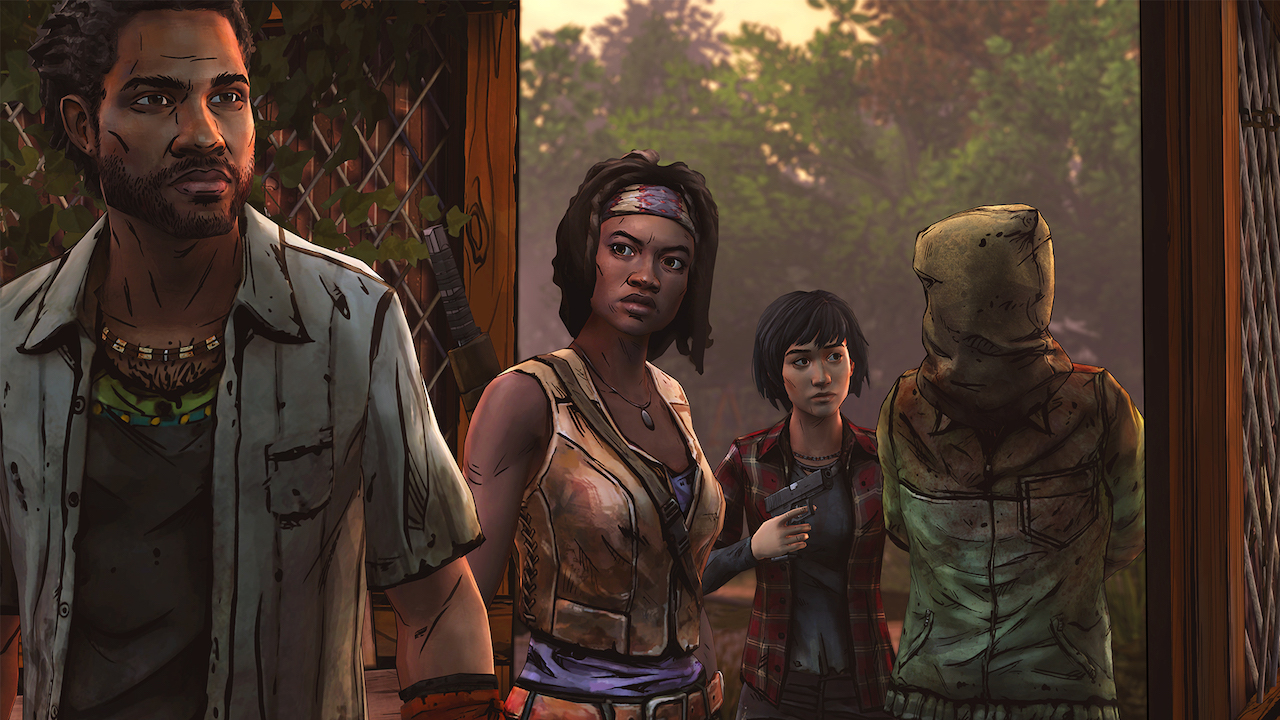 It's when Norma shows up when you feel the world around Michonne snapping like a twig. So much bloodlust, a high body count, and -- with the Walkers close by -- not much time to make any sort of amends. Guns are fired, people die, and the leader of Monroe does not go down without a fight. Here we see one of the most satisfying moments since Carver got his just desserts in Season Two, and depending on how you decide Michonne deals with Norma will lead to something worthy of a sinister smirk on your face.

Despite some high marks for "What We Deserve," a couple flaws keep it from reaching the same heights as the first two seasons of Telltale's The Walking Dead. Some glitches during the story's climax, as well as the opening recap, kept the whole episode from being nicely wrapped up. The immersion the episode attempts to make is easily broken when this occurs, pulling you out of a deep moment and instead forcing you to stare at your watch as the game attempts to load. 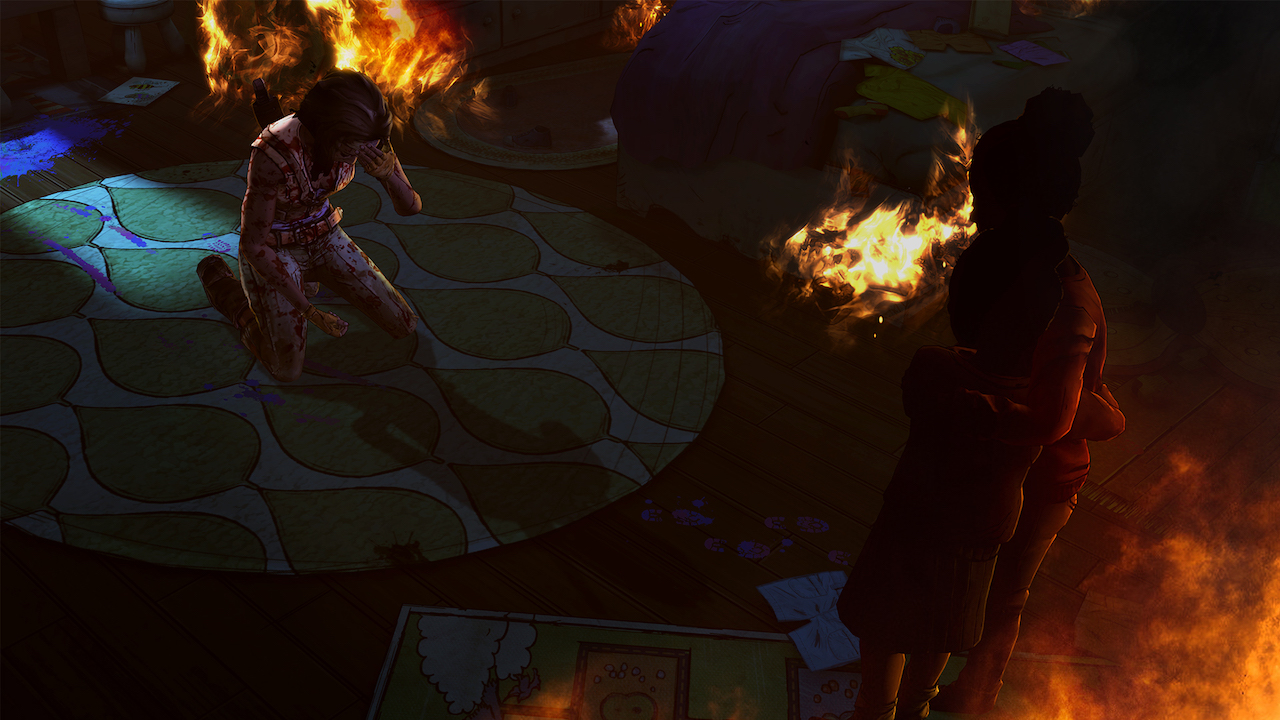 The other eyebrow-raising issue I had was with the episode's length. In the past episodes of Telltale's The Walking Dead ran for a good 2-3 hours, giving you enough material for your buck. This finale episode lasted just under an hour, and while it was able to tie up just about all the story's loose ends it would've been nice to see something rather unpredictable happen to make the finale last just a wee bit longer. Another flashback on the boat, a premonition for the future of either Michonne or one of the other characters, something to stretch the time in a good way.

While I am glad that there was a good amount of closure here in the finale, I still kinda feel a bit shortchanged. However I do understand that anything Telltale Games creates is meant to play repeatedly so as to see what the different outcomes may bring about. In that sense, The Walking Dead: Michonne is definitely worthy of a replay for those who dug this tale that has been spun.

Sometimes even the biggest grievers know when to walk away, and in "What We Deserve" we see our main focus do just that. How fortunate that it was done with such tension and heartache, showcasing the soul that Telltale's The Walking Dead series can fathom. It's sad to see Michonne's part come to an end, but with Season 3 of the main series on the horizon there's no telling where it plans to go. Perhaps our hero can plan a trip to visit our dear friend Clementine...