GAME REVIEW | Ridiculous Antics in "The Fruit of Grisaia" 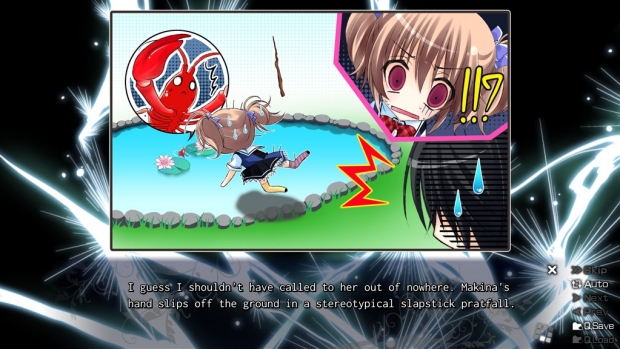 It's taken me a long time to write the review for this, but as they say: better late than never. The first in a trilogy of visual novels following a successful Kickstarter, The Fruit of Grisaia is a great story that has a lot to say, but the first part is more concerned with making you laugh than getting on with it's story. Fortunately that's actually perfectly acceptable, as the humor more than satisfies.

The Fruit of Grisaia is about a young man named Yuuji, who has decided to take a vacation from his job, in an effort to potentially find an answer to something that's been bothering him since his master's passing. Considering his line of work, going to school is also a shot at having some semblance of a normal life in a school setting. The thing is, this school is a special institution that houses teens that have had traumatic experiences in life which make it impossible for them go to school in a normal school setting. 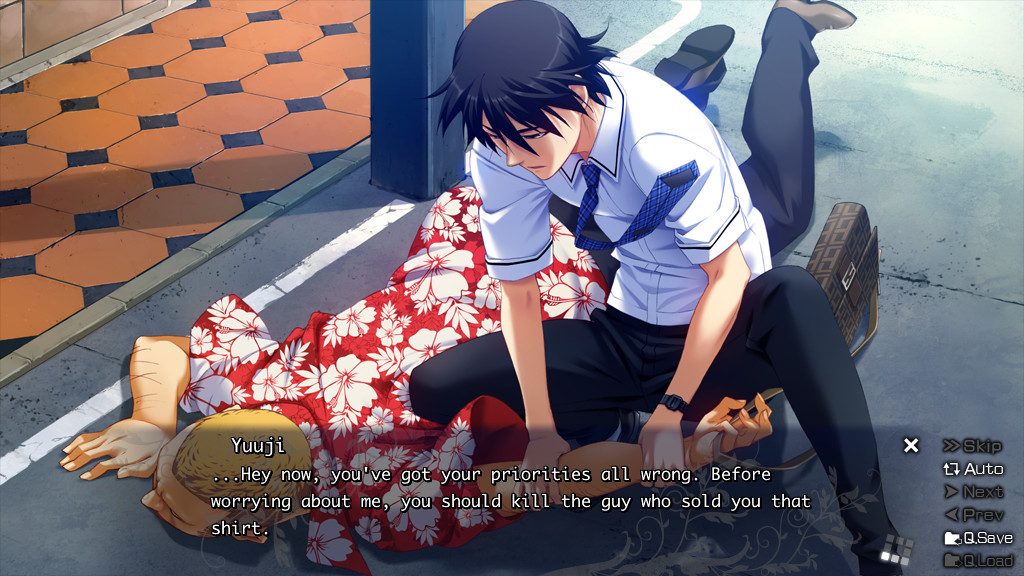 While the vast majority of the game is a collection of comedy skits involving the students, there will be a point when you'll be able to pursue the character routes. If you choose the second option, the story just quickly moves on to the next girl. It's also the generally preferred method of tackling each route. Each girl's route will reveal their backstories, although each route is a bit less interesting than the last. (Amane's and Makina's stories in particular are the most interesting.)

The Fruit of Grisaia is long though, and it seems more concerned with telling jokes than even addressing Yuuji's own situation. That's okay though, as the writing is some of the best written and most hilarious I've seen in a VN. There are some good eroge scenes in the uncut version via Denpasoft, but otherwise it's largely a sketch comedy. Only a small number of typos are visible, with the only other issue I found being that the auto-text scroll mode doesn't seem to completely work. After going through the first line, it just stops. The other issue would be that despite the adult version being labeled Uncut, it's a bit of a misnomer, as the use of mosaics to cover genitalia. But if those things don't bother you and are a fan of raunchy jokes, The Fruit of Grisaia one of the better VN's out there. It's well worth the $40 dollar price tag, and if you don't have a PC the Vita version should be due out later in the year. 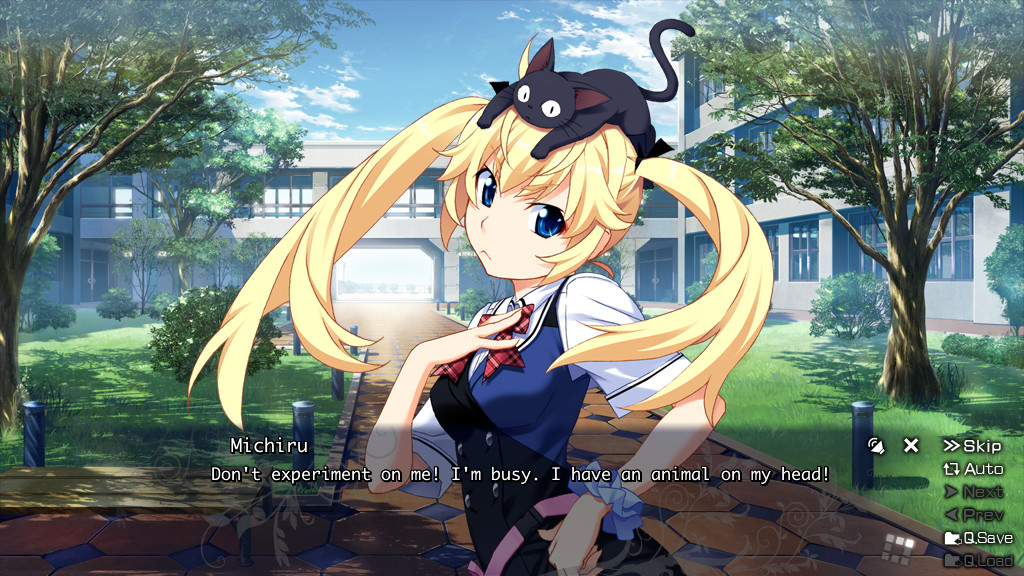 The Good - The story for each girl is interesting, despite each being less so than the last. But the humor throughout is a riot, and is a great example of writing.
The Bad - The core route that leads up to the individual routes is very long and meandering.
The Ugly - Makina's 'Good' ending can't really be called good.

SUMMARY: The Fruit of Grisaia is a great visual novel with great writing, and despite it being long and meandering the humor more than makes up for it.