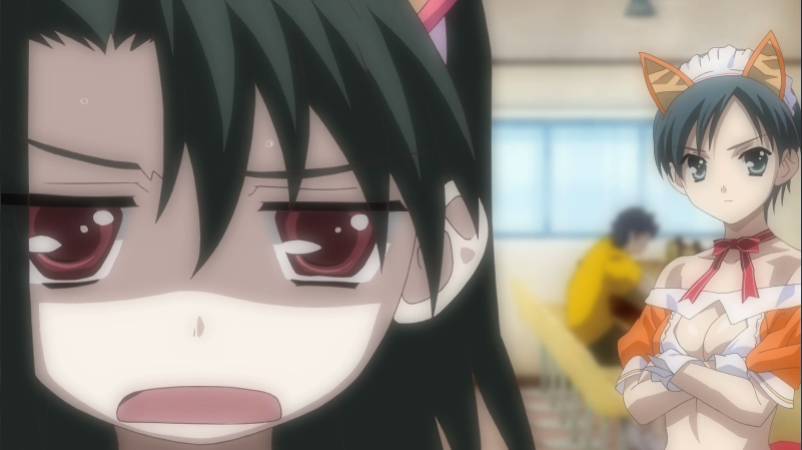 If you watched enough anime on Hulu, you might have noticed a show called School Days. It's based on an animated Visual Novel that deals with dark romance themes, and operates much like a choose-your-own-adventure DVD. Shiny Days is a much lighter follow up to that, and while that doesn't mean there aren't dark and disturbing themes in the game, the summer break setting is a much nicer change of pace.

The base outline of Shiny Days is that it's summer break, and Sekai is sick with the mumps. Since her workplace is shorthanded, she asks Setsuna to cover for her. Setsuna at first refuses, noting that she'd feel uncomfortable wearing the uniform and just be a nuisance. However Sekai suggests that it would be a good place to run into Makoto, the boy that Setsuna has been interested in since their entrance ceremony. Although the game's time frame is months after the events of School Days HQ, none of what happened in that story has taken place here. There are references to events from that games as little head nods, though. 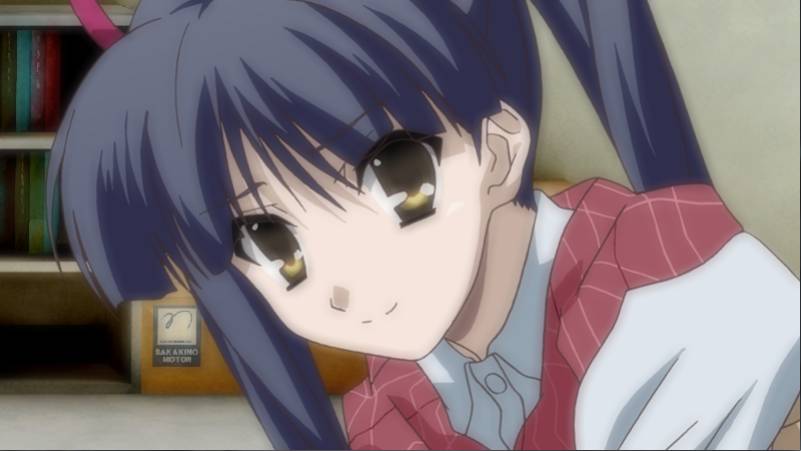 The game's overall path will split based on your decisions, but this time the branches split after the first two decisions, with the other ones then determining which variations in that path you end up with. Its upper path deals with the arrival of a new character Inari, who ends up living with Setsuna after an incident has her be injured, making Setsuna take responsibility for her care. Meanwhile the lower path are pretty much the other Setsuna routes, along with all the other ones which once again having Makoto getting into all sorts of trouble. This leads into one of the odds things about this game. Despite the story placing Setsuna as the protagonists, none of the decisions you make are hers, but rather Makoto's.

This gives you the impression that you are almost some kind of god divining these character's fates even more so than in School Days HQ. Many of the paths on the lower route will also have him being quite the terrible cheater who can't keep their libido in check, much like in School Days. Some routes get a bit disturbing, with the content actually being dummied out to comply with international law, especially anything involving Kotonoha's little sister Kokoro. There's a restoration patch to let you see this content, but trust me when I say it's probably for the best. (Those scenes are definitely uncomfortable.) 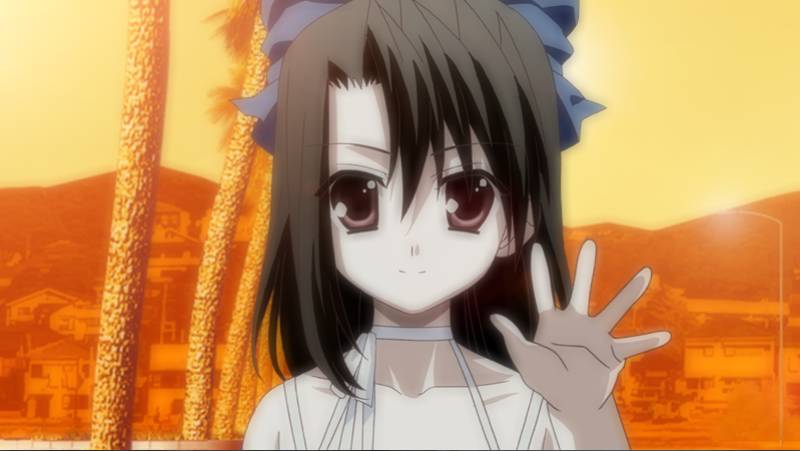 Outside of these parts, Shiny Days is overall lighter-toned, with even the color scheme being less muted compared to the duller tones seen in School Days HQ. There are a handful of typos in the game, with some lines being either out of sync or the text failing to display correctly. One good thing is that the flowchart for jumping between parts and determining your path is easier to follow, although the points are still unlabeled. It's still an interesting game, but the game might have have been more fun if Inari had more of a role on the lower path. If you hated School Days though, Shiny Days might be a better alternative.

The Good – The flowchart is less of a mess, despite points not being labeled.
The Bad – There are occasional typos, but the real annoying art is that some lines don't have the subtitles displayed, and some are out of sync.
The Ugly – The lower route has some pretty disturbing events if you seek them out.

SUMMARY: Shiny Days is a much better and lighter alternative to the dark themes of School Days HQ. The characters are still kind of awful from a narrative standpoint though.