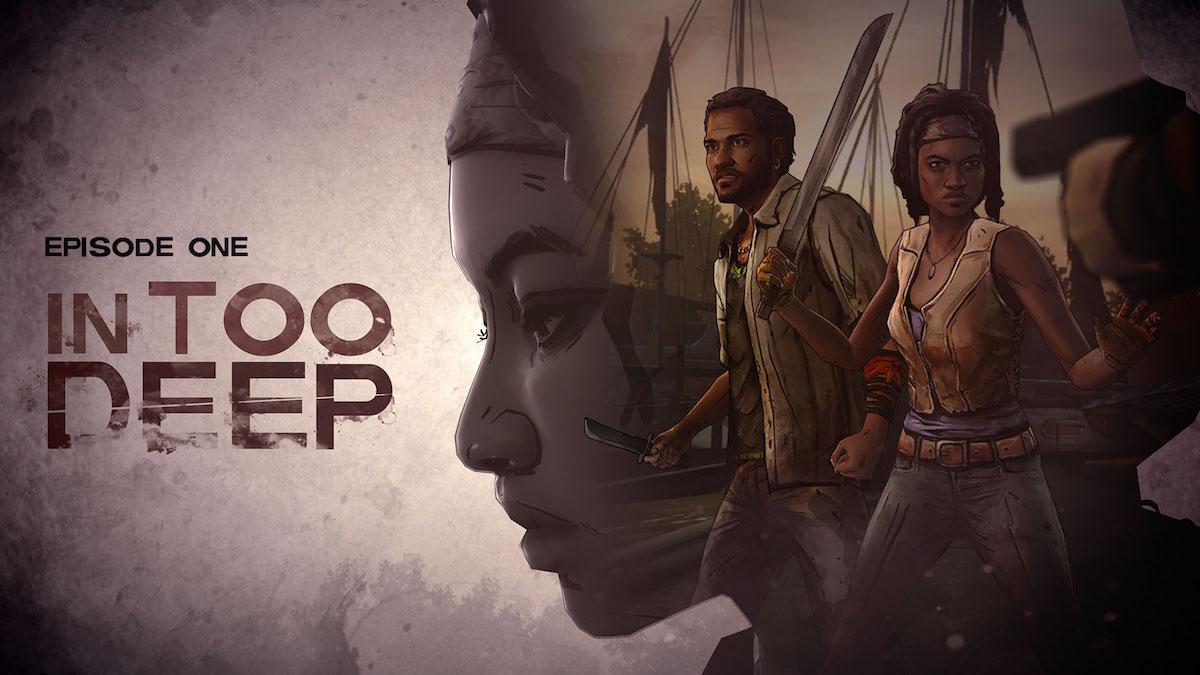 It's been well over a year since we last saw Clementine do what she had to survive in the Season Two finale of The Walking Dead. Much had been seen, the majority of it difficult to wipe away from one's memory. But the ones that stick out were some of the most painful and gruesome scenes I had come to witness in any Telltale Games release. While there is yet to be official word on Season Three of Clementine's journey, we can be thankful that we have been delivered a nice little spin-off series in the form of The Walking Dead: Michonne.

As you can guess from the title, the main focus of the game is put on the character from the original comic, one that is considered iconic to many in the series' fandom. Taking place between the events of issues 126 and 139 the spin-off follows Michonne as she and the crew of The Companion set off to search for friends, survivors, and supplies along the riverbanks. Episode One, "In Too Deep" finds their boat getting stuck on their journey. With no other option Michonne and the captain Pete set off towards a rundown ferry that may contain supplies, but is certainly filled with Walkers. However what they discover may wind them up in hot water with some of the "locals." 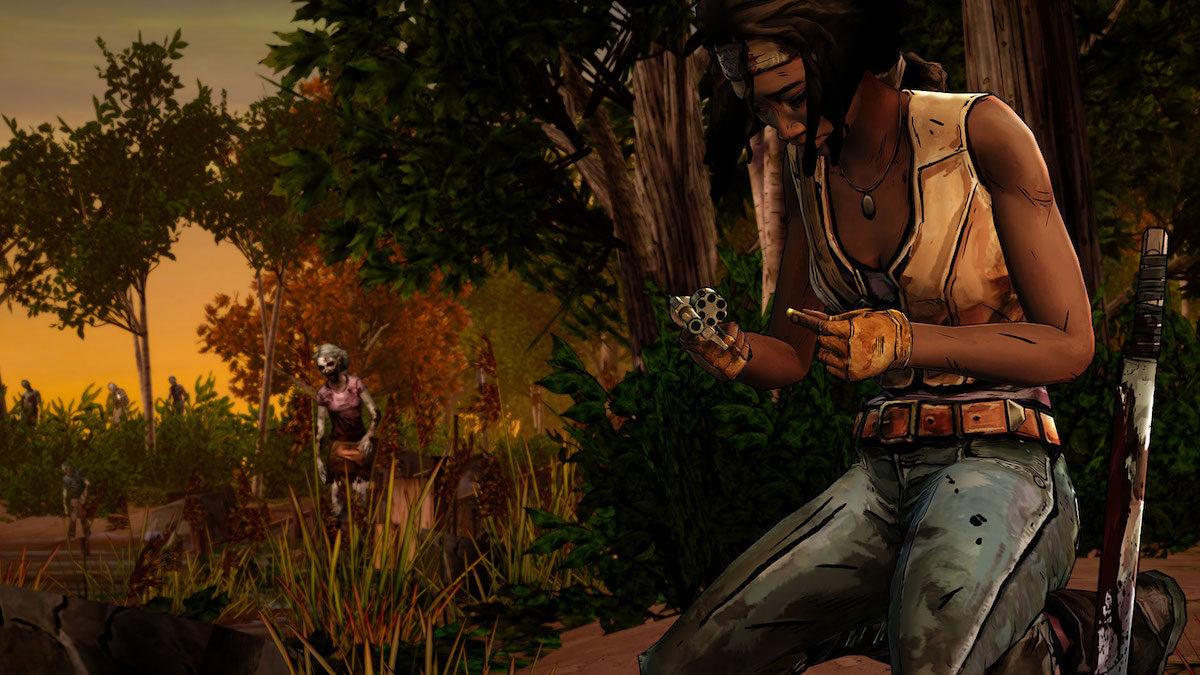 Anyone who jumps into The Walking Dead -- be it the comic, TV show, or video game -- knows that there is rarely a dull, quiet, or happy resolution waiting in the wings. You find a desolate place, and then it turns out to be filled with either the undead or some pretty untrustworthy people. As luck would have it with Michonne and Pete, it's both. It's easy to see why in Kirkman's universe that it's far easier to trust a zombie than it is to put your faith in people who'll backstab you in a blink of an eye. At times, watching the residents in Monroe had a similar vibe to how I dealt with Carver in Season Two. And trust me: if what occurs here results in events similar to then, it's not gonna be pretty.

Unlike Telltale's adaptation of Game of Thrones, there is always an underlying sense of hope that these characters will find some way to walk away from it all. The word "unscathed" is never in The Walking Dead's dictionary, as every little decision you make will either bite you or someone else in the ass in the long run. Tell the truth, get punched; stand up for someone, watch them get shot; stay silent, and be dealt a very heavy hand. It's all chaos in this world, and even if you get out of it alive a piece of your character's soul is taken from them. (I can still remember the look in Clementine's eyes near the end of Season One after she had to make that heavyhearted decision.) 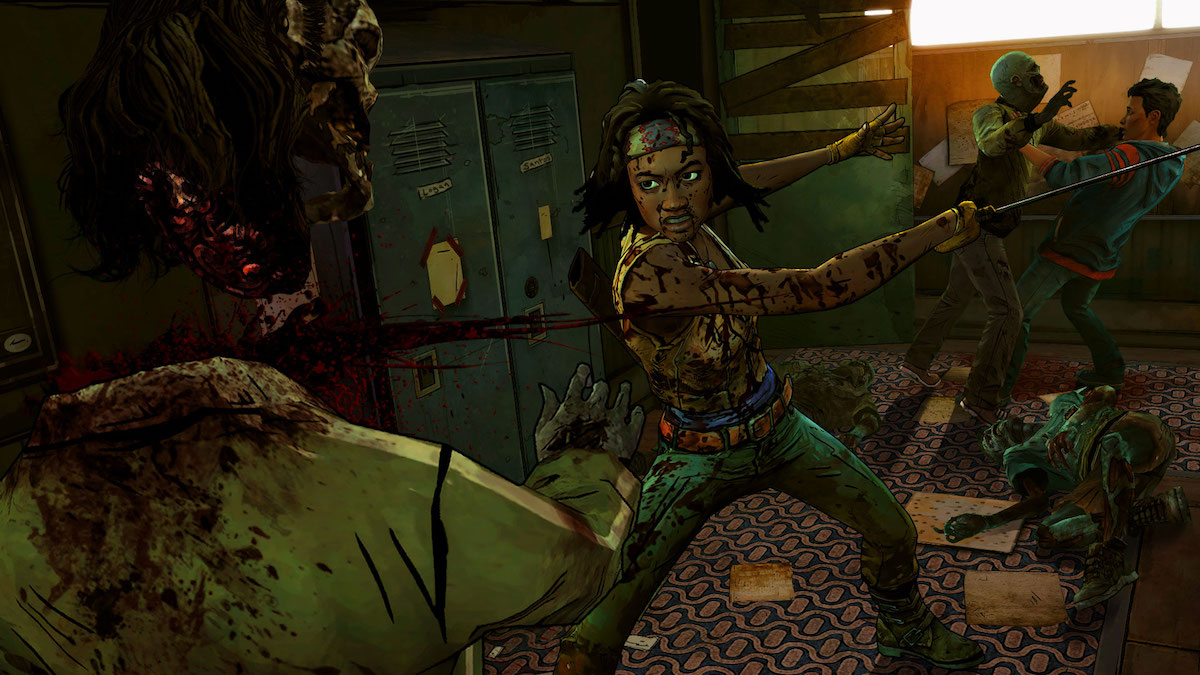 With "In Too Deep" you are at least dealing with a character who is known to take care of herself and those around her in almost every situation. Michonne is an expert with a blade, so watching her slicing down Walkers was a nice change of pace compared to seeing Clementine spend most of it evading them (save a couple instances, of course). Watching her backstory unfold in unexpected flashbacks adds weight to her character, bringing out some surprisingly powerful performances from her voice actor Samira Wiley (better known for her role as Poussey in Orange is the New Black).

Being a next-gen Telltale game I was hoping there would be some improvements in the graphical department. For the most part the game looks fairly good, with the comic book aspect coming in far clearer here than it did on the Xbox 360 version. However I did notice some stuttering with characters and scenery, with even the opening credits sequence freezing on me a couple times during the playthrough. During my experience I also had trouble with some of the quicktime events initiating, forcing me to watch Michonne be eaten by Walkers on a few occasions. 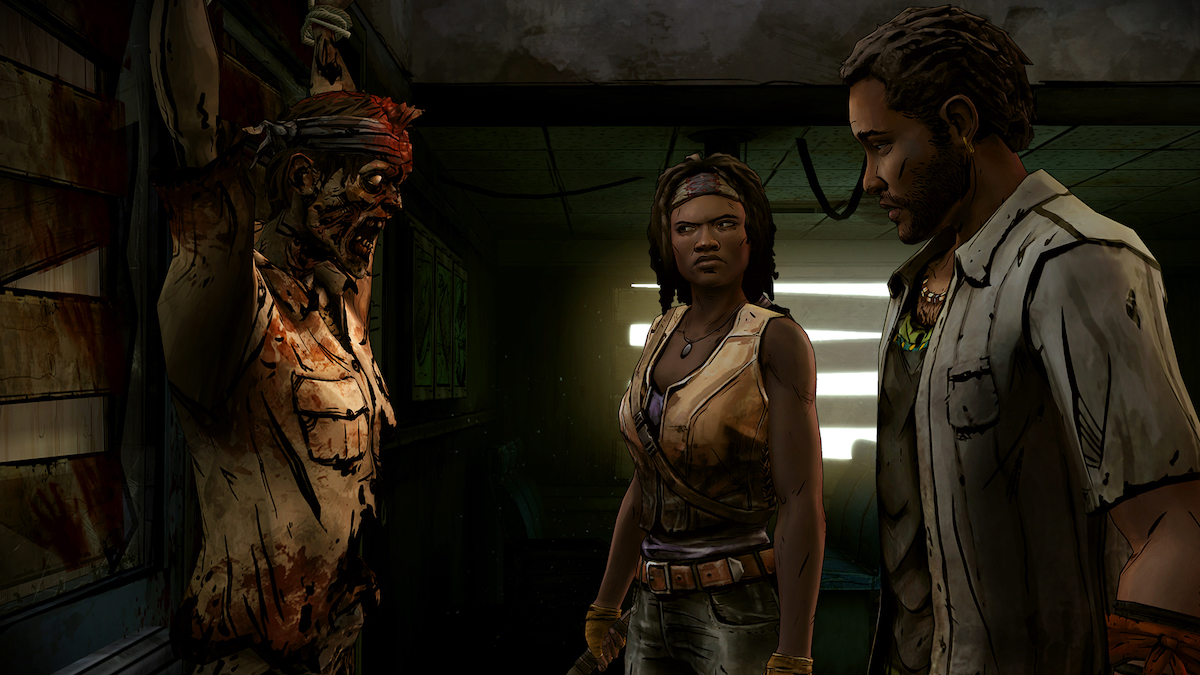 I've been missing Jared-Emerson Johnson's haunting score, and it's great to hear that sort of folky sound hit my ear once again. You cannot help but feel your hair stand on end as the string section plays off towards another frightening unknown waiting to occur. I have no idea who Dorothy or First Aid Kit are, but after hearing the former's "Gun in My Hand" open the episode and the latter's "Wolf" close it off I may very well become a fan of both in the near-future.

"In Too Deep" is the perfect title for the first episode of The Walking Dead: Michonne, as it captures what you bear witness to. While we won't have to wait long to get the full story of what happened to Kirkman's popular character when she went astray, the anticipation to see where this game will take us is ever-so strong in this reviewer. Get ready for a dark and bloody ride through the madness of survival...