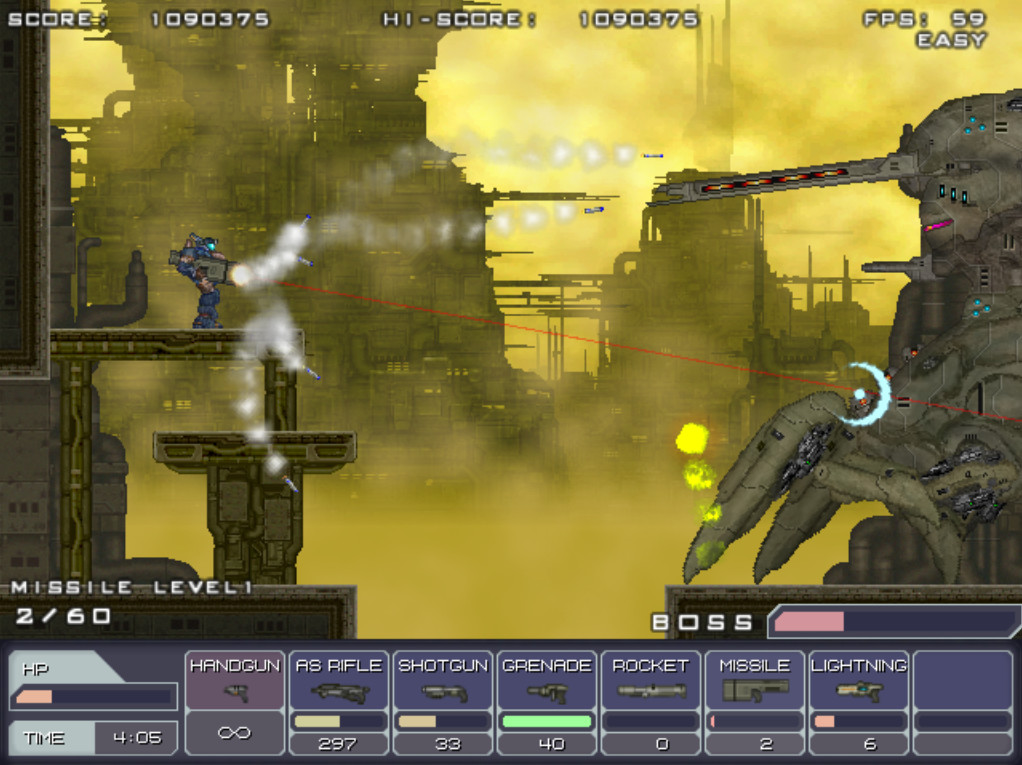 Nyu Media released Gigantic Army to Steam in 2014, and nearly two years later its successor from ASTRO PORT Steel Strider hits the store to mecha fans everywhere. While the game still bears inspiration from Assault Suits Valken and Leynos, it provides more Contra and Ranger X-based run-and-gun action. It's a bit rough, but the game still provides a fun time.

Steel Strider has a story that's told through mission briefings, but it's not really the focus of the experience. It's mostly there a paper-thin excuse for all of the destruction you'll be committing against the enemy army. While the basic gameplay from Gigantic Army returns in this follow-up, it spices things up by adding mouse and analog stick aiming into the mix. 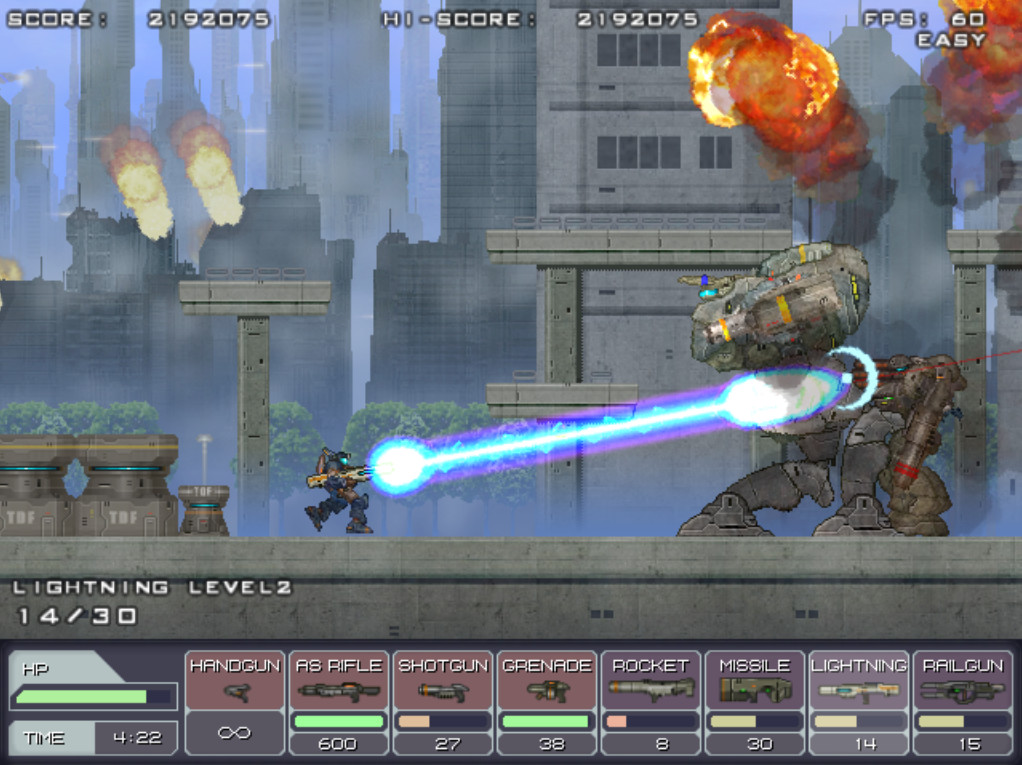 The mecha you pilot also is thinner than the bulkier one from Gigantic Army, so it has a bit more maneuverability. Its jump jets also are mapped to the d-pad as well as the face button, allowing for greater control. For people who might play better with their fingers or thumbs in different positions based on various situations, this is a welcoming boon. Likewise the movement also can be done with the left stick or d-pad, also allowing for greater control.

There are plenty of weapons, so even the limited amount of ammo shouldn't really be an issue, and they also get upgraded over time to increase their power. Some of the weapons like the shotgun also seem to be nods to the spread gun from Contra, as is the general challenge level. Inspiration from Ranger X are present in the mecha's design as well. Too bad there's no amazing robo-bird helper or motor bike attachment though. 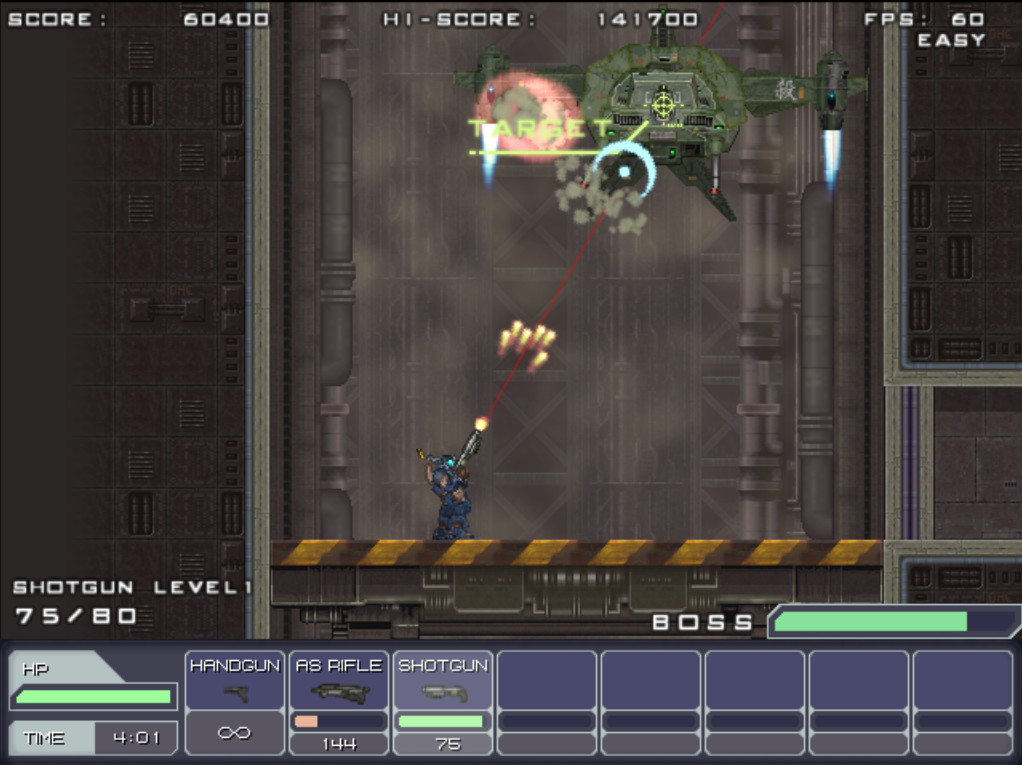 The only real bad thing about Steel Strider is that checkpoints remember your exact status the time you get to a new scene or save point. It's a good thing then that you can choose to restart the entire level if you screw up. There's always the option of getting good and working under limitations to not get hit until you can get more health. Graphics, much like it's predecessor, are pretty rough, with its animation also similarly stiff. The soundtrack is mostly either ambient or generic butt-rock type stuff. However the game is simple, fun, and worth the six bucks Nyu Media is asking for.

The Good – The gameplay is frantic and fun, and there are many guns to use.
The Bad – Checkpoints record all your progress, for better or worse.
The Ugly – The graphics are far from pretty.

SUMMARY: Steel Strider is a fun mecha run-and-gun platformer that takes some inspiration from Contra, Assault Suit Valken, and Leynos, despite the lack of polish from any of these past games.