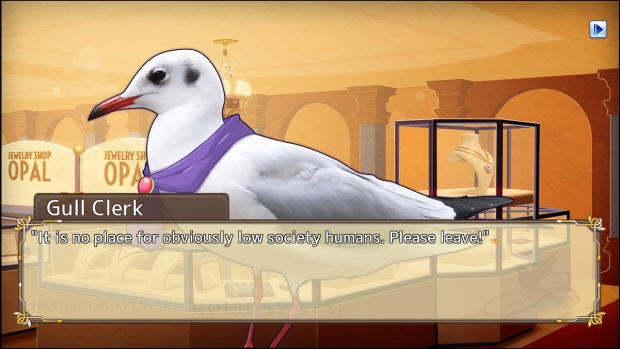 If you liked Hato Mao's HD remastering of Hatoful Boyfriend, then you might be pleased to know that there is a follow-up with Holiday Star. I say 'may', because it's not a true follow-up, but rather a fan-disc type of release. And what's there isn't exactly exciting stuff.

Hatoful Boyfriend: Holiday Star is actually a bit unlike the first entry, in that it plays more like a kinetic visual novel where you read the story with no branching paths whatsoever. There are choices to be made in the game, but the earlier ones just alter the dialog, with later choices lead to a game over. Four short stories are there to play in sequence, covering Christmas and New Year's as per the title suggests. Its last two stories are tied together, and are about how the birds all get caught up in an evil dream dimension. Okosan is still the best bird boy, and there are some of the same absurd shenanigans going on in the game as there ever has been. Sadly it's less entertaining than before. Maybe it's mostly for the fact is that it's so short. 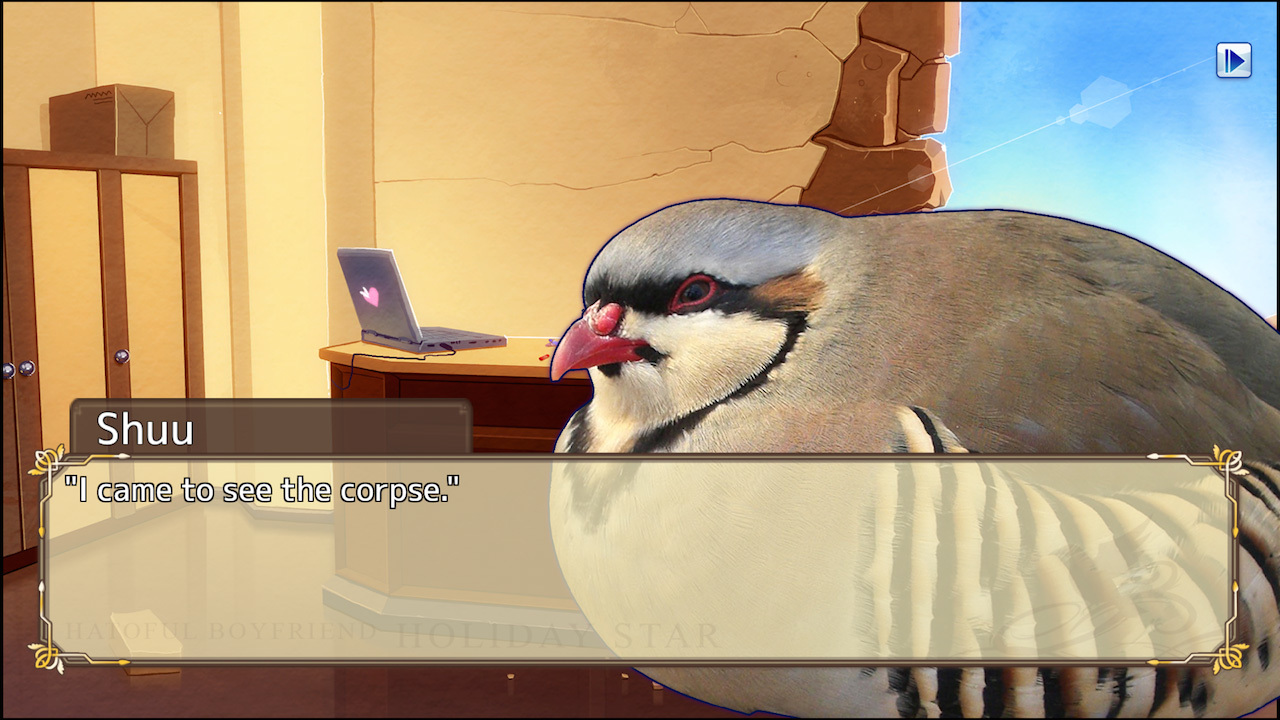 The game seems more like a fan-disc is this sense, as the total length of the game is about four hours tops. There are some jokes that are great, but overall it's just lacking. The engine still lacks a skip text buttons that doesn't have a 'skip only read text' option. At least there's cross-saving, and there don't seem to any typos, so that's good. Perhaps I'm missing something about this game.

If Hatoful Boyfriend was a parody on otome and dating sims, then Holiday Star is a parody of fan-discs and Christmas specials. After all we all know that those suck, and perhaps the game is best viewed as its previous entry was, with it being the visual novel equivalent to YouTube Poop. But at $10, that might be asking for too much. Get it on a good sale if you are still curious. 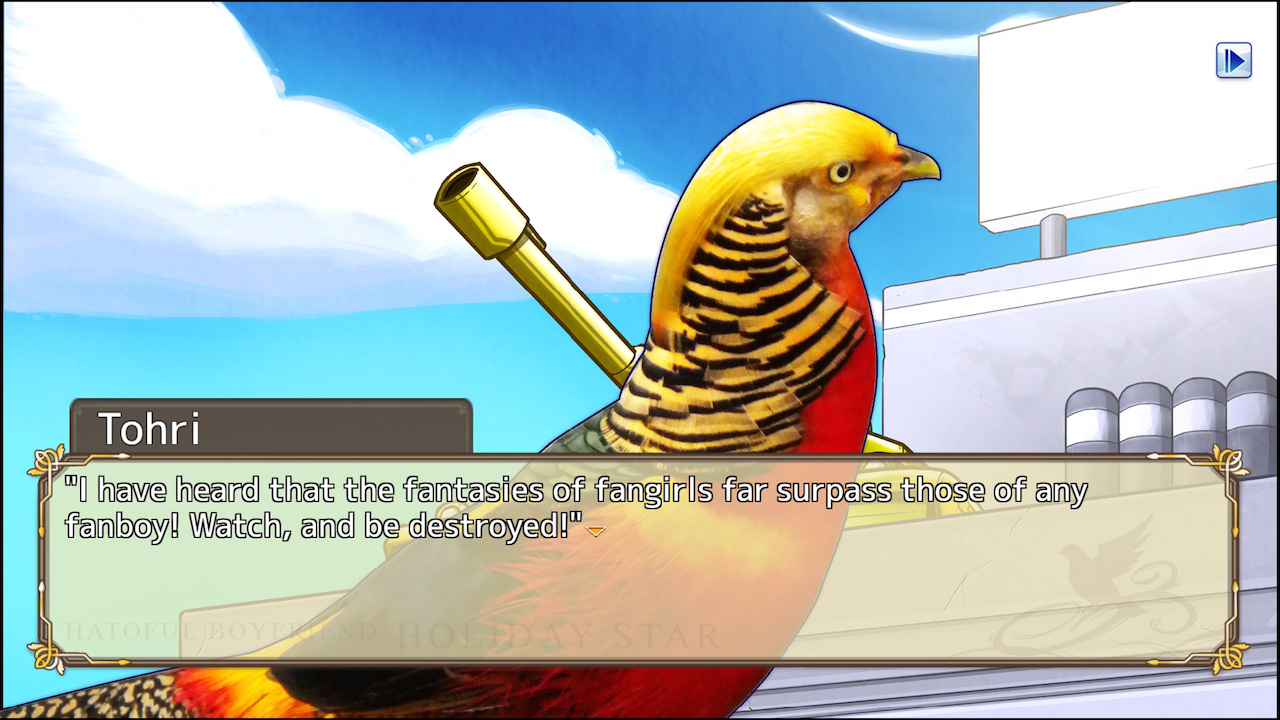 The Good – The humor is pretty good in some spots.
The Bad – But the narrative as a whole is lacking in substance, even for Hatoful.
The Ugly – Still no text skip option for previously read text versus all skip.

SUMMARY: If you were expecting a decent follow-up to Hatoful Boyfriend, you will be disappointed. It's purely a fan-disc type of release, and a somewhat middling one at that.