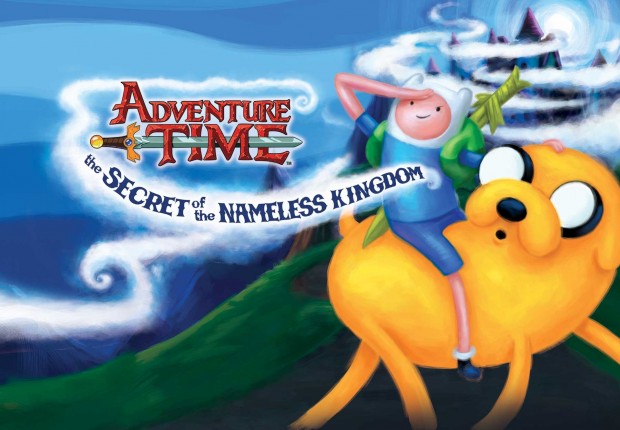 WayForward Technologies has done a pretty good job with keeping the Adventure Time license fresh, while at the same time grabbing hold of players young and old with its nostalgic mentality. The first game Hey Ice King! Why'd You Steal Our Garbage?! took the Zelda II route, while Explore The Dungeon Because I DON'T KNOW! had a more Diablo vibe to its gameplay. For its latest rumpus, The Secret of the Nameless Kingdom, they return to a style very akin to the Hero of Hyrule, although it does tend to stumble in a few places.

Finn and Jake wake up one morning at a camping site, with no recollection of why they were sent on a mission by Princess Bubblegum. After roaming the mystery area and punching a few monsters in the buns they discover that they're in a place known as the Nameless Kingdom. In order to restore peace and order to the land our heroes must rescue three princesses trapped in various cursed castles. As you progress through the game Finn begins to learn new techniques that will help him along the way on this journey, from boomerang bananas to burning flames. 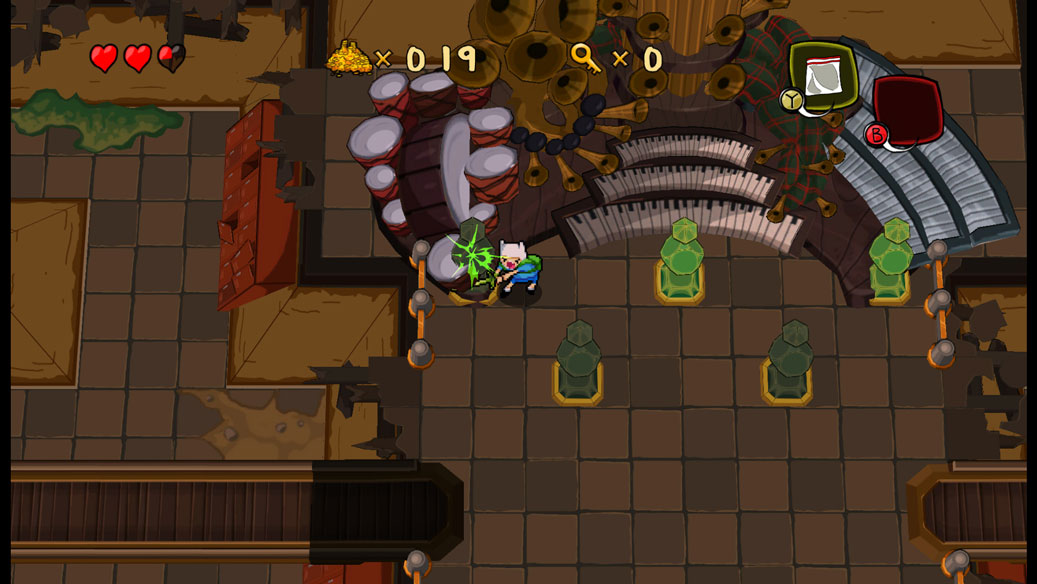 Throughout The Secret of the Nameless Kingdom there are many puzzles that need to be solved in order to reach specific areas and boss battles. For the most part these elements are introduced blindly to the gamer, with no real explanation to how to solve them. At times this is a good thing, as it gives players the chance to use their own brain power to solve even the most toughest of teasers. On the other hand there were moments where I'd traverse all over the map to figure out a solution, only to be left clueless and frustrated. With there being no hint system in place, I can imagine that many players will find themselves lost trying to solve these mysteries.

What the game does well, though, is its boss battles. In one level I had to take on a laser-shooting monster, and in order to take it down I had to align different-colored crystals so as to have them shoot the laser back towards the creature. It took a lot of hard thinking to get past this area, and the end resulted with a feeling of deserved euphoria. It's moments like this in the video game where the game shines the brightest. 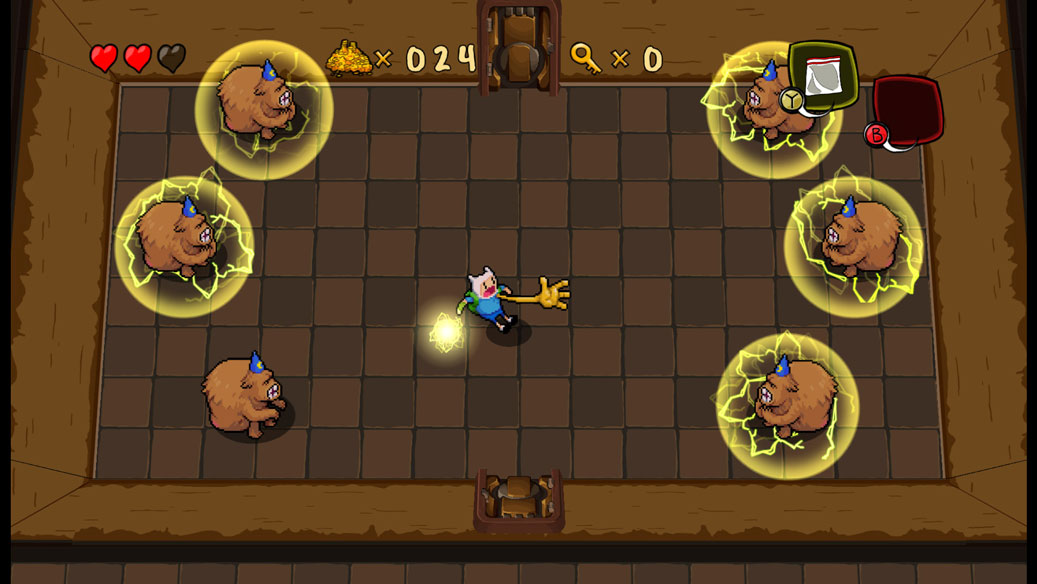 Jake and Finn's latest adventure is presented with a very 16-bit look, matching perfectly with the old-school mentality that it brings to the table. Bringing in the cast of the show to reprise their roles was a good move, as I felt there could've been more from the voice actors in the previous games. With that said, I was slowly starting to get tired of hearing Finn yell out the same dozen or so lines over and over again as I grabbed items and beat villains. While the soundtrack kept to the core of the gameplay, the way it looped grew tiresome, especially when I was irked over trying to find solutions to puzzles that weren't popping up anywhere.

While playing Nameless Kingdom I came across from bugs that either helped or hindered my gameplay experience. On one occasion I came across the castle where Nightmare Princess was being held, guarded by a laughing skull. When I switched back and forth between that area and the previous one the skull had disappeared, letting me enter the next part of the game without having to solve the puzzle. Another time I found myself battling enemies on the screen, when suddenly the game froze, forcing me to restart the game from the last checkpoint and losing everything I had collected up to that point. A patch or two should be able to fix these issues, but for now these moments sort of took me out the gameplay experience. 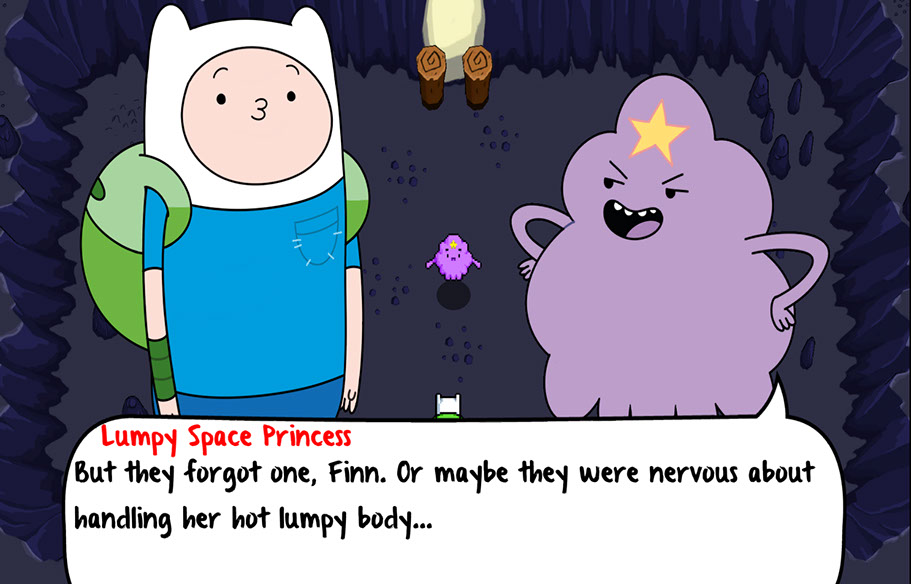 Despite these hiccups, the game captured the old overhead gameplay style pretty well. Although there is very little to go back to after beating the game and finding all the hidden objects (which should take you around 8-10 hours, depending on how good you are with solving puzzles), the overall experience should keep fans of both the show and adventure games entertained from start to finish.

Adventure Time: The Secret of the Nameless Kingdom may not be as epic as the TV series it's based off of, but it's a big improvement over last year's somewhat disappointing Explore The Dungeon... With its classic gameplay mechanics and incredibly fun boss battles, this is one quest that fans young and old will surely enjoy.