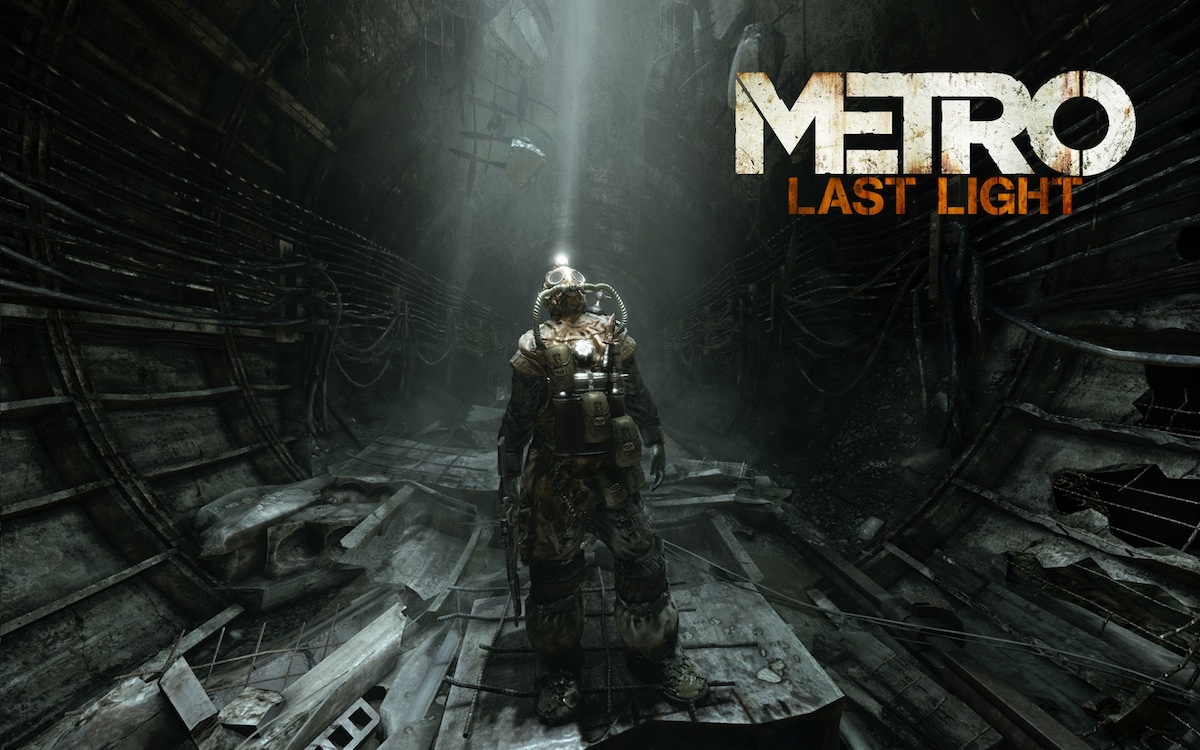 I was wonderfully surprised by this year's release of Metro: Last Light. With its immersive world, great storytelling, and some of the best first-person shooting I've come across in recent memory the title stands tall with a few other games that are this year's best. Last week Deep Silver released the final DLC package for Metro: Last Light, which leads me to ask: is the Season Pass worth it?

For this review I have decided to split each of the downloadable content releases and go through them one-by-one, showcasing their highs and lows. Let's start with the newcomer in the group:

In The Chronicles Pack we are given three new missions, with each one having you control one of the side characters from the original campaign: Pavel, Anna, and Uhlman. When playing Pavel you'll be escaping from the Nazis again as he tries to reach the Red Line. Anna's chapter, meanwhile, shows her perspective of when Artyom first came across the Dark One in the opening of Metro: Last Light, as she tries to take it down the Nazis that are nearby her comrade's unconscious body. Uhlman, on the other hand, has you following Khan as you try to reach the Polis, while hallucinations of the past begin to appear around you and the monsters are trying to kill you. However in a flash you are then transported back to the game's prologue, where you take control of Khan and battle a large group of creatures.

Pavel's chapter serves the best challenge, as you can either try to sneak past the Nazis or just go in guns blazing. Anna's runs a bit too short, sadly, and as she winds up being Artyom's love interest in the end it would've been nice to see some more of her side of the story. The Ulhman/Khan story jumps around, but it has a few good humorous moments to balance the the darker themes. While the chapters don't quite serve much regarding the original campaign it is quite interesting seeing the different perspectives of these characters. They are fun, no doubt, and they do explain how some of these characters came to arrive at the game's conclusion.

This DLC at first seems like more of a special features kind of setup. You are given the chance to see and explore the world of Metro via its Museum, with the chance of testing out all the game's weapons in a shooting range, along with studying the characters and mutants up close without the threat of death.

First off the shooting range allows you to go hands-on with all the game's weapons and test them out on targets, dummies, and enemy AI via free range mode or the Challenge modes. While there is a chance you'll get this pack soon after you beat the game it does assist you with bettering your aim, so for those who want to go back and try to beat Metro: Last Light again may want to brush up their skills with this bonus bit. The Museum gives you the chance to check out the characters and monsters up close and personal, viewing their crazed animations and mannerisms without the threat of death (although try not to flinch when the swamp creatures are seen in action).

The threat, however, does arrive in two new modes: the AI Arena and the Spider Lair. When using the AI Arena you can set up Team Deathmatches using Watchmen, Shrimps, Humans, and Nosalises, with the matches ending either by your demise or whichever team scores 100 kills first. You can also spectate the match, viewing it on different angles and even adding some music to the background. There are also some challenges you can try your hand at, where you'll need to kill a specific amount of enemies before they try and kill you. While it's tons of fun it would've been nicer if the area you were battling in was a tad bigger.

In the Spider Lair you find yourself in a giant arachnid-filled bunker, where your only weapons are a pistol, a flamethrower, and whatever form of light you have on your person. While it does like you've got a good chunk of ammunition the monsters come at you fast and sometimes with very little warning. With the poisonous air and limited amounts of gas mask filters to be found, too, this level will be giving you the willies in no time at all. Trust me when I say that playing Spider Lair in the dark will not be good for your heart.

On the surface this virtual combat simulator appears no more than your average survival mode, and for the most part it is. However it does give you a long and challenging experience, as the enemy soldiers and creatures appear in waves with no telling when the round ends. Does it offer much to the survival formula? Honestly, no. That said the ability to check out scores from around the world and compete with everyone will fuel any gamer's competitive side.

Here we are given the chance to play three missions through the eyes of each of the different factions: a Red Line Sniper, a Polis Ranger, and a Reich Heavy. These missions also let you go hands-on with three new weapons: the Silent Sniper Rifle, the Hellbreath, and the Medved. As the Red Line Sniper you are charged with infiltrating a Nazi-owned based, while as the Reich Heavy you are to stop the Red Line troops from advancing into your territory. Meanwhile, your Polis Ranger must scale above ground and gather as many artifacts from the old world as possible.

Playing as the Sniper has you doing everything you can to hide in the shadows, as you take out each Nazi with careful precision and by the numbers. The trick here is to find the right order to kill them, as doing it the wrong way will have them sound the alarms, forcing you to start again from the last checkpoint. It's challenging, time-consuming, and I loved every moment of it. Not since Sniper Elite V2 have I had this much fun hiding in the shadows and taking out the enemies with my scope.

As the Reich Heavy you must mow down the Russians with your Gatling gun, special sniper rifle, and your Hellbreath, which shoots explosives at your enemy. Taking on the soldiers itself is fun, as the blood-splattering carnage will get any FPS fan's jollies off. It's when the tank comes in that the frustrating part happens. I spent almost an hour alone trying to blow up it up, as its missiles will hit you at a specific time no matter what. It wasn't until I realized that I needed the Hellbreath to take the tank out, but even then aiming for it can get difficult when the ground keeps shaking. It's a cool mission, but damn did it make me grit my teeth with rage.

It's the Polis mission that is the longest out of all the others. You are given a long list of objects that need to be found, and only so many spending bullets to purchase ammo, guns, and filters. On top of that there are still creatures to be eliminated, as there may be some artifact contents still in their bellies. It can get tricky, especially when it comes to finding some of the more rarer objects, but fortunately you can save and return to the campaign whenever you want, so no worries of having to beat this in one go.

Each of the separate packs offers at least one great mission and mode that you'll find yourself enjoying, even if some of the additions may seem bare bones. As the Metro: Last Light Season Pass is $15, you'll be saving $4 if you decide to go this route instead of buying them all separately. If you found your stay in the Metro fulfilling the first time, then you will probably enjoy a good chunk of what these new features has to offer.