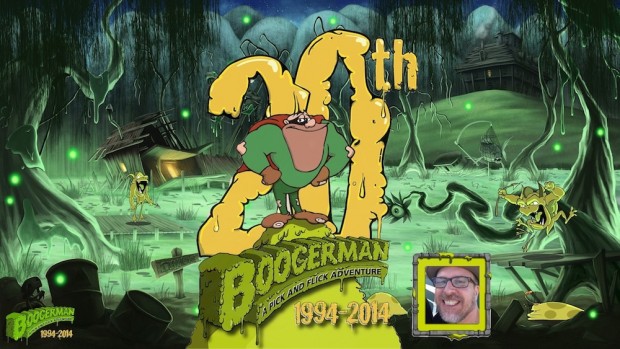 King Baby Duck sits down with Chris Tremmel, one-half of the creative minds behind the classic video game Boogerman. Hear about the game's origins, the ideas that couldn't fit on those old 16-bit cartridges, and what may be in store for the upcoming 20th Anniversary reboot of one of the grossest (but seriously awesome) superheroes ever concocted.

Pick it, flick it, and charge into battle! It's One-On-One: "Boogerman" Co-Creator Chris Tremmel!