The Electronic Entertainment Expo is a whole different ballgame compared to PAX East. This is where the Big Three (Nintendo, Sony, Microsoft) showcase their next lead hitters, along with developers showing off what they have under their sleeves for the next year. What can be anticipated at this year's E3 event?

All eyes are on Nintendo this year. After the 3DS had a somewhat lackluster debut it's up to the Big N to show its fanbase what they have in store for them in regards to the new handheld. We know of the new Ocarina of Time and Kid Icarus, but little is still known about Mario's debut on the 3DS. Will he have his trusty tanooki tail, or will new power-ups be given to him that will enhance the 3D experience? I expect more to be revealed during the Nintendo Press Conference concerning Mario's next venture, as well as the upcoming Metal Gear Solid: Snake Eater remake and the just-announced Shinobi title. Hopefully there will be more in regards to the interesting puzzle game Crush 3D, as well as a playable demo for it. 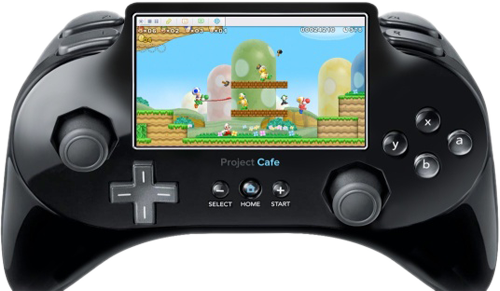 Of course we can't mention Nintendo without having to talk about Project Cafe, the upcoming system due to be released in 2012. While that is not the actual name of the console itself it leads many to wonder the meaning behind its code word. Does it mean that it'll have a special type of interactivity that has yet to be seen in the current-gen consoles? Perhaps the rumored touch screen on the controller can act as a sort of video chat section that players can partake in while online gaming, or the system itself could be used to create special connections with other players from all parts of the world. Maybe it can help you meet other players who play similar types of games, thereby making it easier for people to find other players to game out with them online. One thing's for certain, though: Project Cafe will be featuring a more powerful system than either PS3 or Xbox 360, quite possibly meaning that it could very well run the new Unreal Engine at the highest degree.

Sony will be having to explain a lot on the subject of the whole PSN fiasco. The usual apologies will be on-hand, but little is known as to when the actual PSN Store will be up and running again. We know the freebies we'll be getting once the Store is back up, but it's getting to the point where it feels like Sony is teasing us with these goodies that we still cannot access. Still you can bet that Sony will be coming in with all gun blazing regarding such new titles as Uncharted 3, Resistance 3 and Twisted Metal. More will probably be revealed about the handheld PS NGP (which is already being rumored to be renamed the PS Vita), though one can only imagine how much battery power that system will suck up considering it will have PS3-styled graphics.

Hot off the heels of the success with the Kinect, Microsoft has much to plan regarding their Xbox 360. From the next Gears of War game to the rumored Halo HD the company founded by Bill Gates has little to worry about at E3. The main focus will be on the Kinect, where gamers will be able to get hands-on with such titles as The Gunstringer, Once Upon a Monster and the new Star Wars title built specifically for the Kinect. There are some speculations going around that there will be a Gears of War game made to play for the Kinect, but just take it as a rumor with little to back it.

Besides the Big Three the other developers are planning to come out swinging at this year's big gaming convention. Activision has already announced Call of Duty: Modern Warfare 3, though whether or not a playable demo will be there on-site remains to be seen. The folks at iD Software blew everyone away with its preview of Rage, and with the game set to be released later this year there's no telling what sort of surprises they will have in store for the people at E3. EA is sure to have many eyes on their title Shadows of the Damned, a Grindhouse-styled action game from the crazed minds of Suda 51 (No More Heroes, Killer 7) and Shinji Mikami (Resident Evil) that is sure to be filled with gore and hilarity. Then we have SEGA, who are celebrating their beloved mascot Sonic the Hedgehog's 20th birthday with a new title called Sonic Generations. Here players will be able to play as both the present-day Sonic and the Sonic that we grew up with in his 16-bit days. 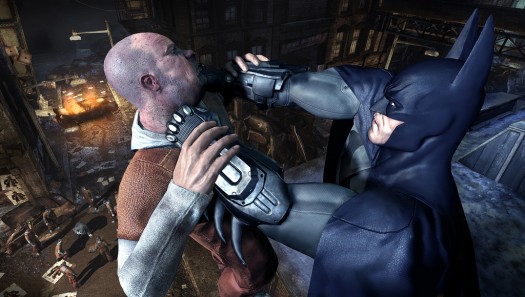 No pressure on Warner Bros. Games for their title Batman: Arkham City, a game that keeps looking better the more that's revealed. I wouldn't be surprised to see this title get an M-rating, as it could finally bring the Dark Knight to the darkest depths we've always wanted to see him go. Irrational Games is ready to show off Bioshock: Infinite, a prequel to the popular series set in a gorgeous steampunk world. Square-Enix might be able to put itself out of the hole they dug themselves into thanks to the upcoming Deus Ex: Human Revolution, a prequel to the original title that will show the times before nanotechnology and focus more on biomechanical augmentations. Finally we have Techland's Dead Island, a game whose trailer took the world by storm and placed it high above the pedestal. With a playable demo on the floor this year will the folks that brought us the great racing title nail'd be able to one-up Capcom and Valve in the zombie genre?

Whatever happens at E3, you can always bet that there will be at least one thing that will blow everyone's expectations out of the water. This year, however, we can expect many waves of surprises from these and other developers at the Electronic Entertainment Expo. Tune in next week as we and the ElectricSistaHood will be covering the event in its entirety, as well as a few other hidden gems.