HomeVideo GamesGAME REVIEW | "Dropsy" Only Creepy on the Outside

GAME REVIEW | "Dropsy" Only Creepy on the Outside 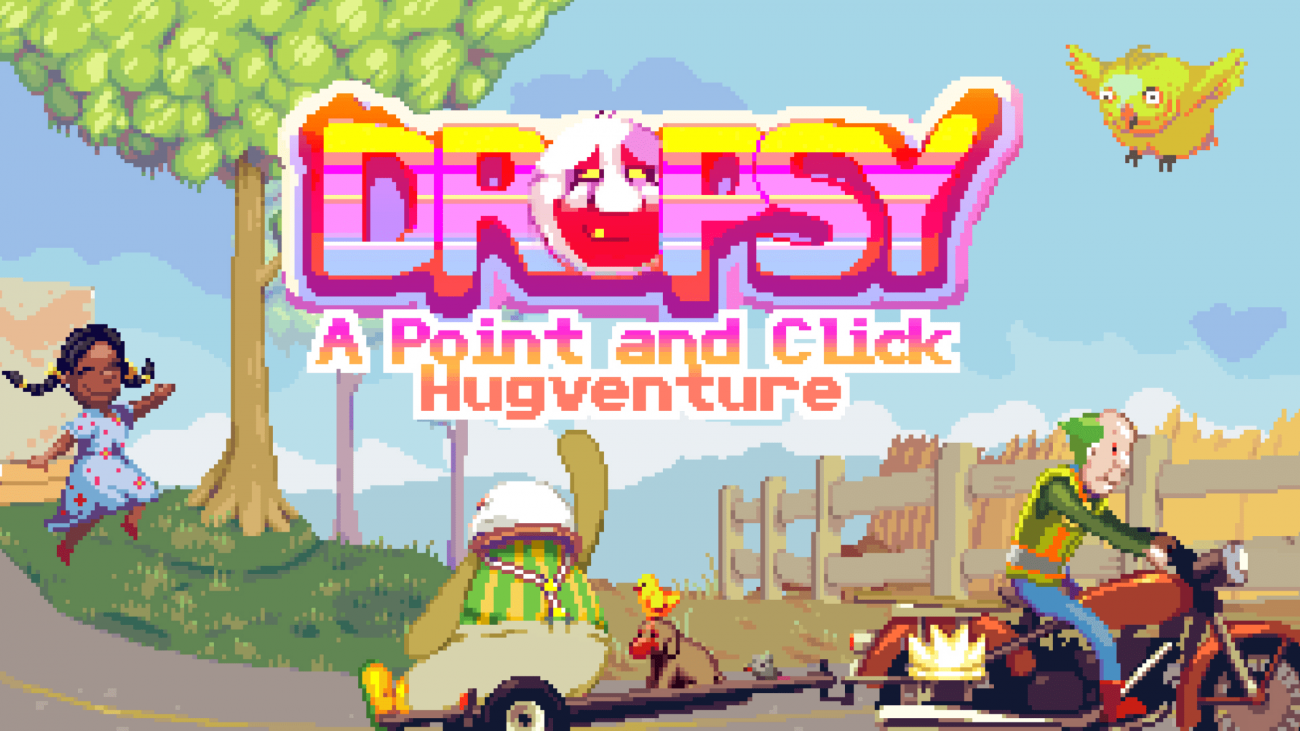 GAME REVIEW | "Dropsy" Only Creepy on the Outside

Seven years ago, a story about a creepy clown first hit the video game realm. Dropsy was a concoction that fit well with Devolver Digital’s library, as it had that weird-yet-nostalgic essence all over it. Years later, the frightful-looking clown who only wants everyone’s friend arrives on the Nintendo Switch, where console gamers can get a good glimpse of why this point-and-click adventure game is thought highly of by critics and peers alike.

Dropsy begins with a flashback, as the clown is performing at his circus home. A fire rages through the tent, causing plenty of casualties. Naturally, the public wants to put the blame on the horrifying clown, leaving him shunned by society. But on what would be Dropsy’s mother’s birthday, a chance for redemption awaits. 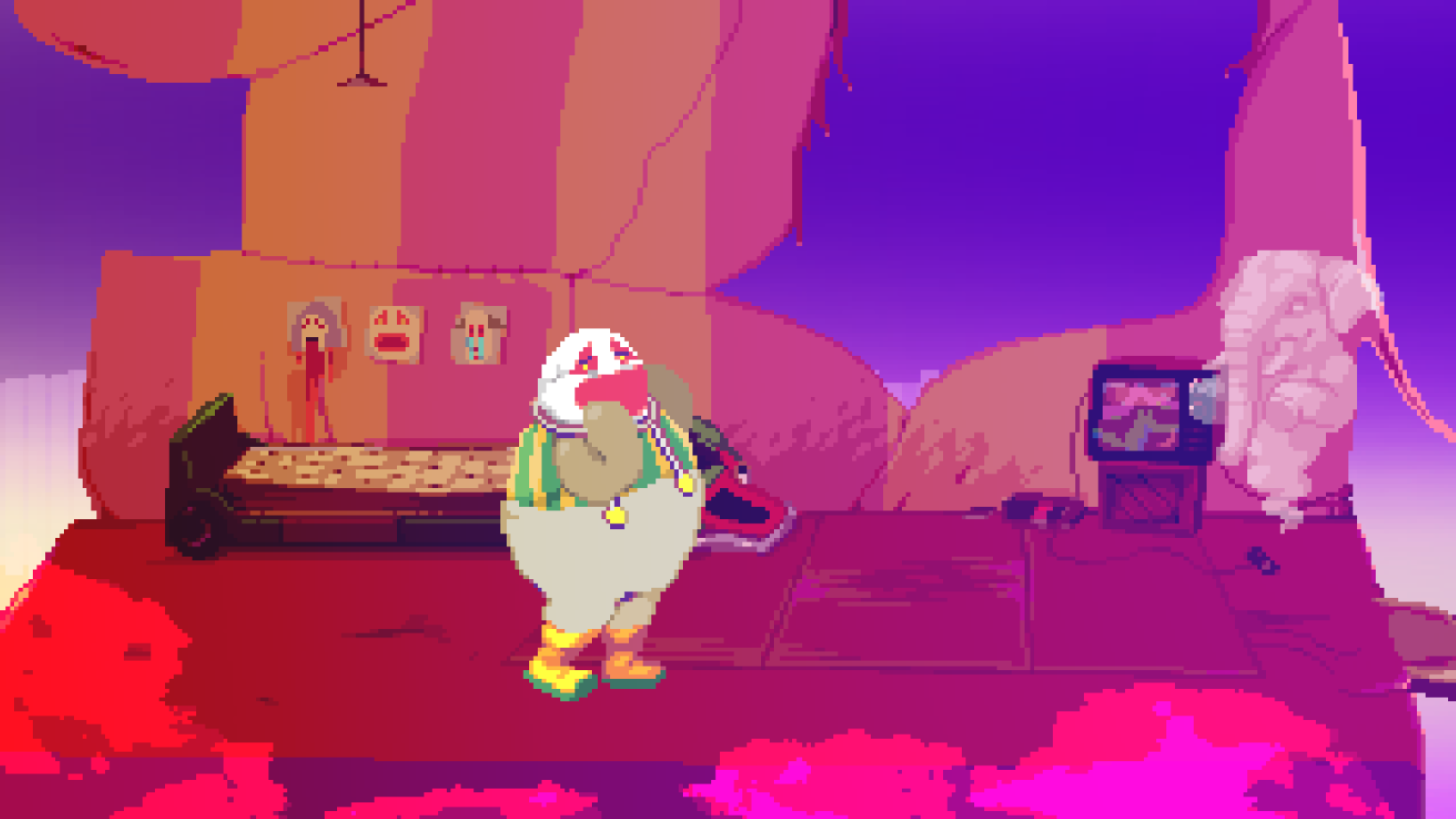 Together with his animal friends, Dropsy sets out to bring back the beloved circus he was once a part of. With the aid of a corporate CEO, Dropsy’s chance to perform again is nearing his grasp. However, behind-the-scenes, something bad is brewing, and Dropsy might be getting into a level of trouble that even he couldn’t expect. Is a second chance too much for Dropsy, or can even the most vile-looking of clowns find love?

As Dropsy is unable to read or speak, the game is showcased with very little dialogue. Symbols in speech bubbles show how people favor the clown, with many of them showing plenty of hesitation. However, if Dropsy is able to help the people out in some fashion, then they could perhaps trust him enough to give them a loving hug. But when things turn south, will they still look at them favorably, or will they go back to their old ways? 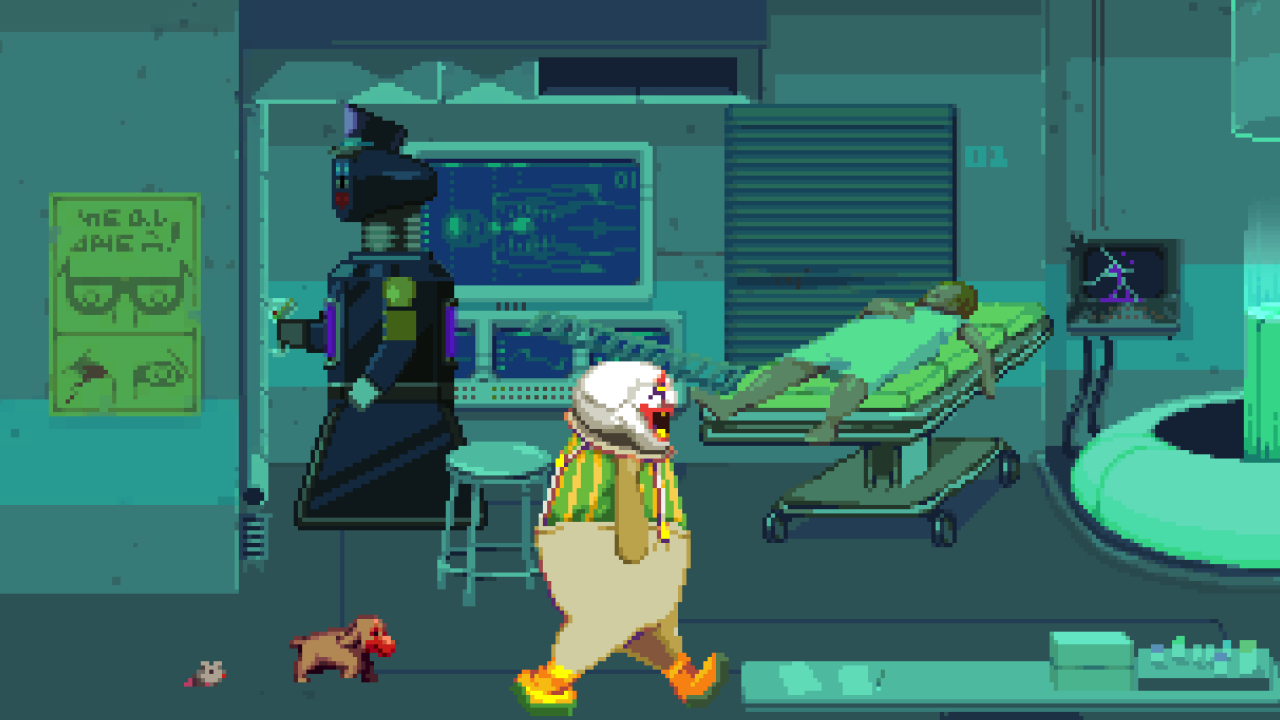 There is a lot of depth placed into Dropsy, in ways that bring to mind classic Sierra titles. On the surface, we have a game that has a wicked creepy clown curtailing favors for others. When you look deep inside, you find a story about a man whose heart aches for the sadness of the world. (The dream sequences properly show the anguish Dropsy is in, with disturbing imagery scattered throughout thanks to him being emotionally scarred.)

It’s when you perform tasks for others when you start to see a great story develop. At first, they’re small favors that range from giving a homeless woman a sandwich or a vinyl enthusiast a rare collectible. But when we start seeing Dropsy pull of amazing feats like helping a band find their moment to shine or have a son reunite with his estranged father, the game shows how it’s able to pull on a player’s heartstrings. Not only do the people show gratitude, but so does Dropsy, who is happy to help out anyone who needs it. 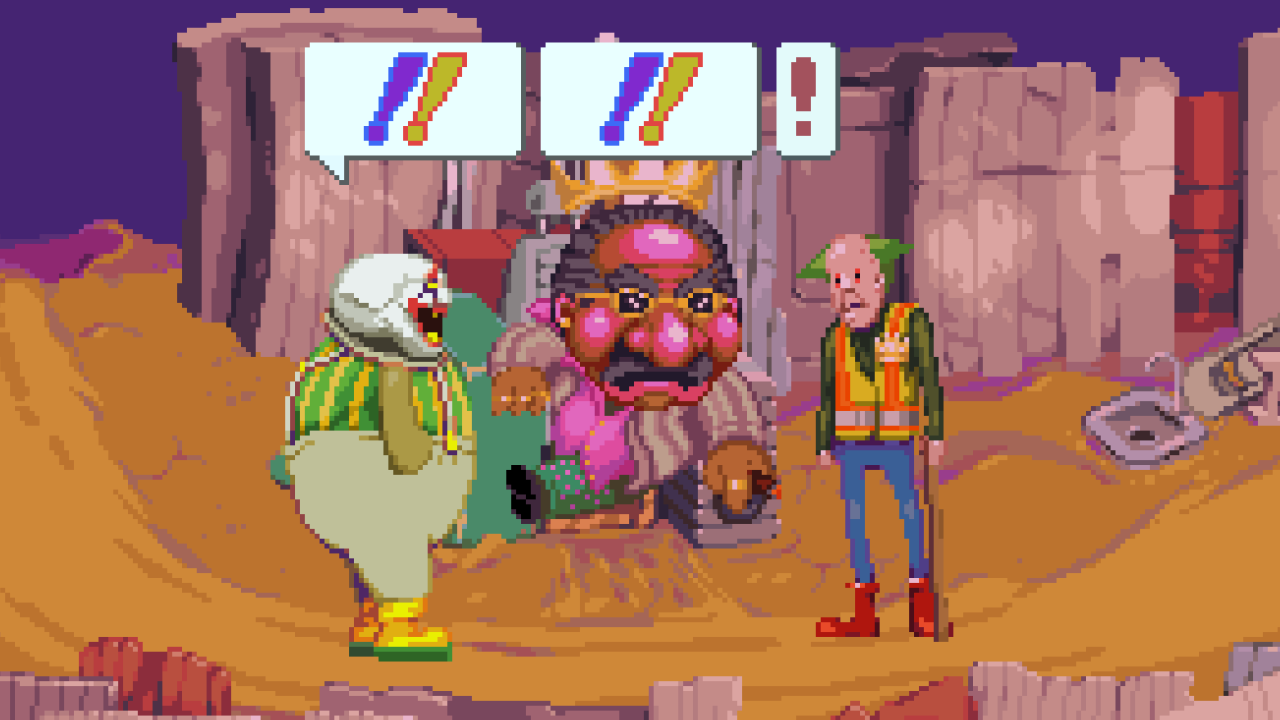 But Dropsy isn’t alone in his journey. With a dog who can dig to find treasures, a mouse who climbs through narrow pathways, and a bird who flies to places Dropsy can’t reach, the game becomes a test to show how one would handle different situations. It certainly takes a lot of trial-and-error to figure out some of the tougher puzzles, which are even more difficult thanks to the lack of hints. However, the sight of Dropsy being given a hug after a job well-done would make any player’s frustrations melt away with ease.

Yes, Dropsy is a story of what it means to be human, via the eyes of one creepy clown. Even with the weight of the world on his shoulders, Dropsy finds a way to bring joy to those who have lost it. From a child crying over a wilted flower to a Christian priest who needs to be reminded of what her faith’s truly about, this is a game that teaches us why we all need to be better people. And it does so not with a wag of a finger, but with a trusting embrace. 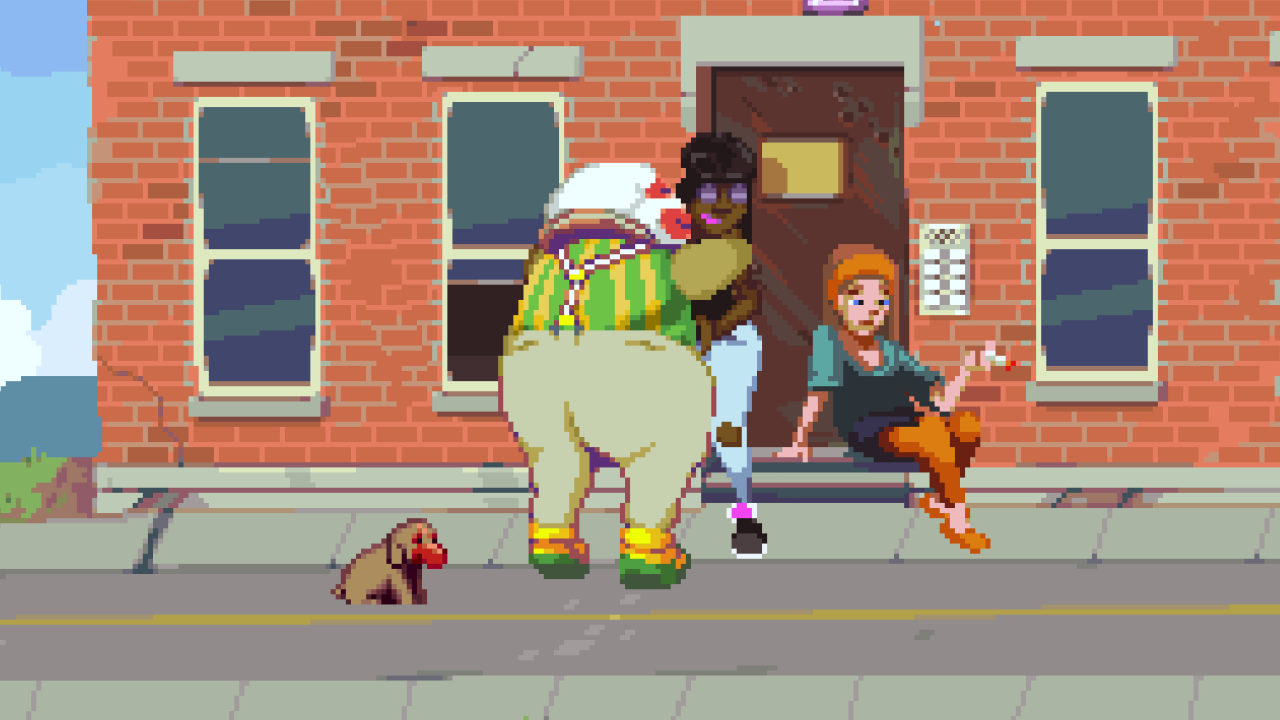 Perhaps the strongest aspect of this game is its soundtrack, which knows how to deliver the right moods. At first, it sounds unsettling, until you dive deep into its psyche and find the happiness Dropsy himself is trying to spread. From dream pop and lo-fi punk to loud metal, the score — composed by co-game designer Jay Tholen and Psychic Temple’s Chris Schlarb — adds a haunting depth to the scenes that unfold in Dropsy. (There are also more than a dozen indie bands to discover via hidden tapes scattered throughout the game.)

While the game may take five hours to complete, most of the time will be spent walking from one spot to another. Fast travel is added only during the game’s final moments, which winds up being unnecessary seeing as it’s taken away from you ten minutes afterwards. It would’ve been better to have this option somewhere in the middle, as I had to roam from one side of the game to the other to grab certain items I needed for a precise moment.

Dropsy may be seven years old, but its Nintendo Switch release gives it a new lease on life. It’s a rare feel-good kind of adventure, and while evil may be in the game’s shadows, all this clown cares about is bringing happiness to those around him. After seeing the lengths he’ll go, any one would be a fool not to give Dropsy a well-deserved and love-filled hug.