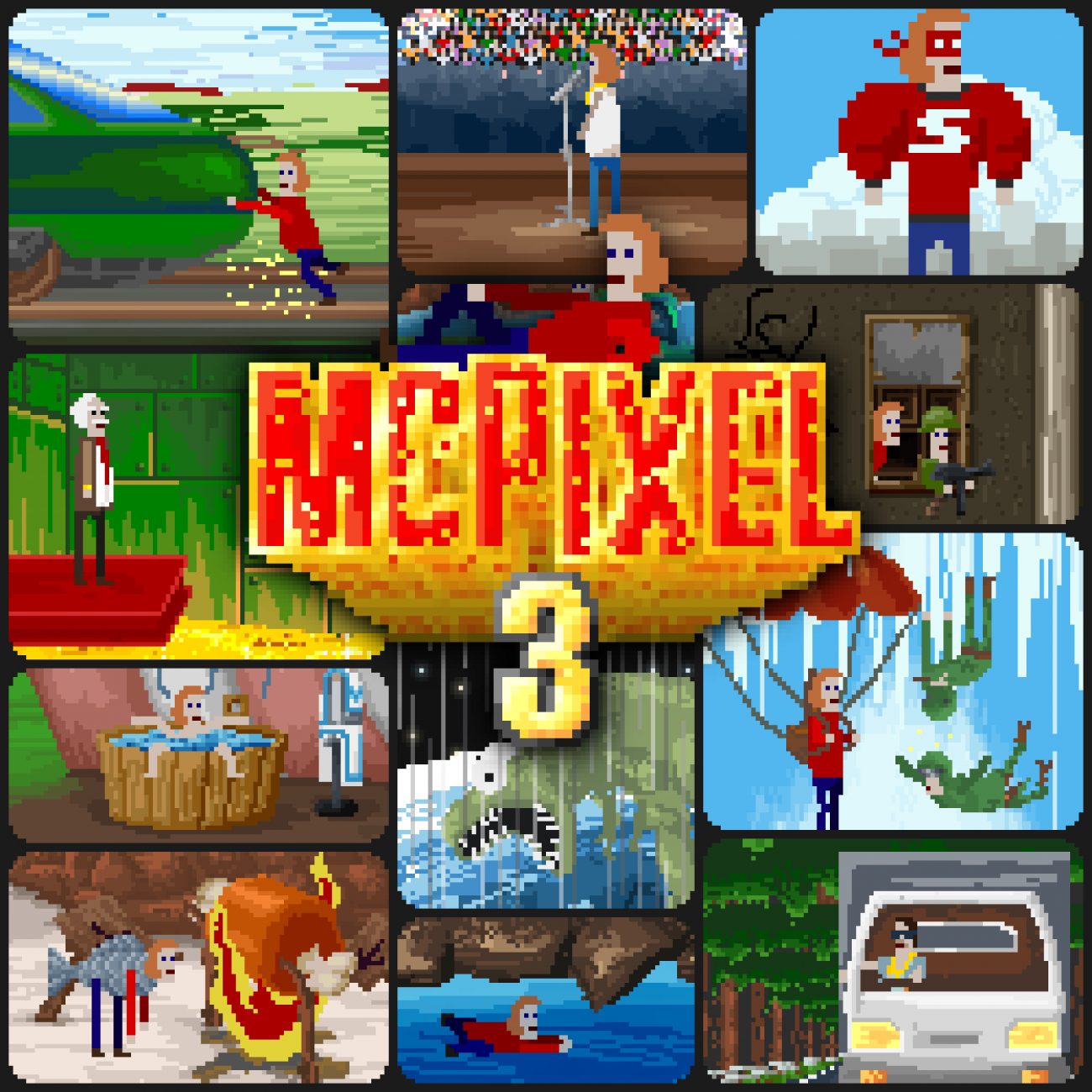 It has been over a decade since your gorgeous orange hair first appeared on my screen. I remember it quite well: ‘Twas a free giveaway on IGN for your debut video game. Knowing nothing of it of the sort, I went in blindly, and found myself simply captivated. The way you disarmed bombs was unlike anything I had ever seen. Dare I say, you were a connoisseur of the art of bomb defusion.

And yet, soon after you had made your debut, you vanished without a trace. Oh, my heart ached for those dark blue eyes and succulent red shirt, in a way that makes many a gamer salivate over a hero with charm and ruggedness. They said you were a bad influence, claiming that you had a habit of causing more harm than good, which is why you went away for awhile. But I said “Nay” to them, and said that McPixel was a hero as noble and brave as a Commander Keen or a Jazz Jackrabbit. 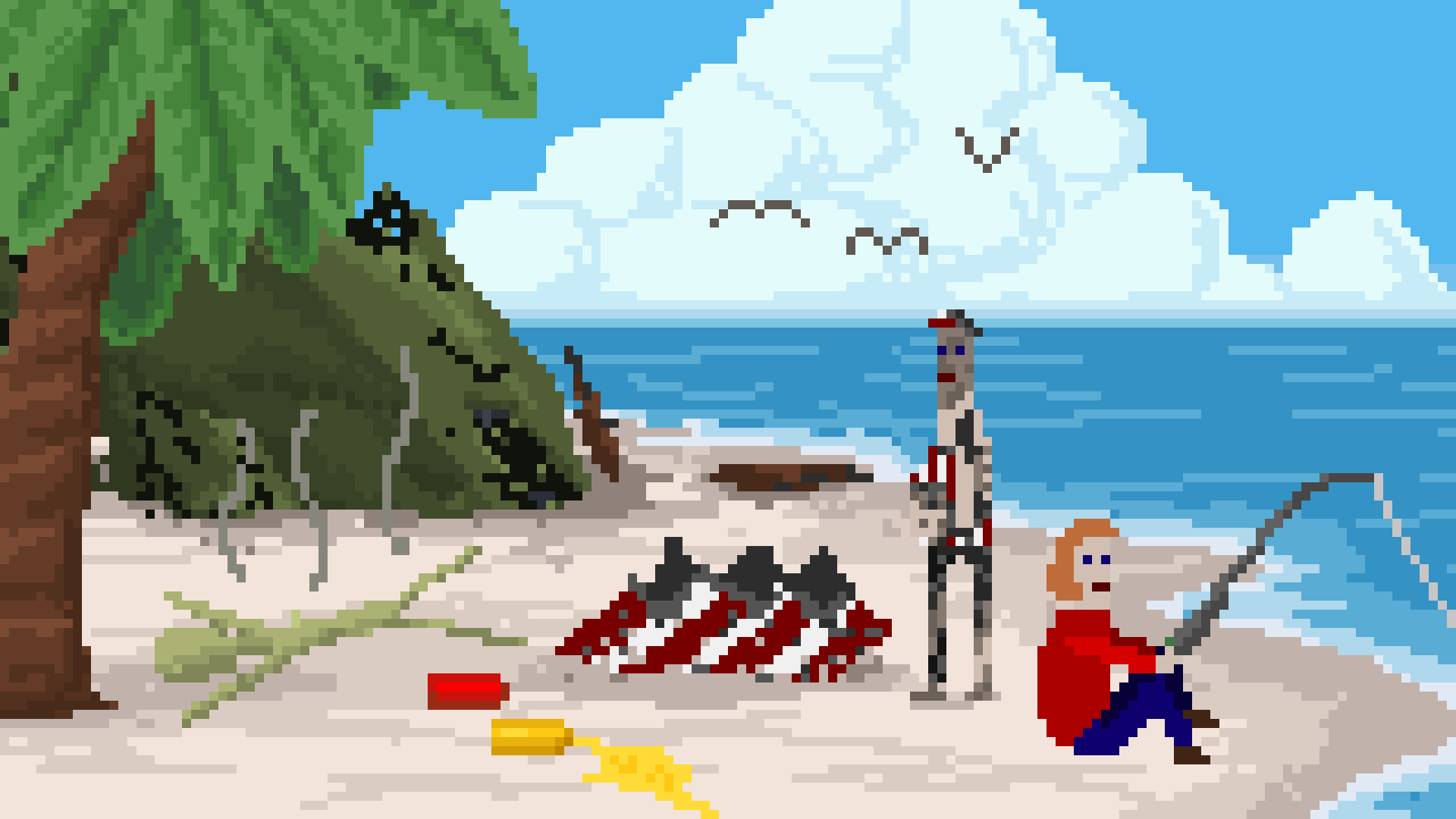 Lo and behold, just as I was nearing my last drop of hope, there came a trailer. And you, my darling McPixel, were the star of it. Fans cheered for your returned, myself included. As the reel ended, there it was in red and gold lettering: McPixel 3, coming soon! Oh, how excited I was to see you again!

Yet I grew curious: why 3, when there was nary a sign of McPixel 2 on the internet? Had I missed your initial return? You hadn’t written or called me, so I figured you were still working undercover, saving the world from terrifying threats. No matter: you had come back, and that’s all that I cared about. 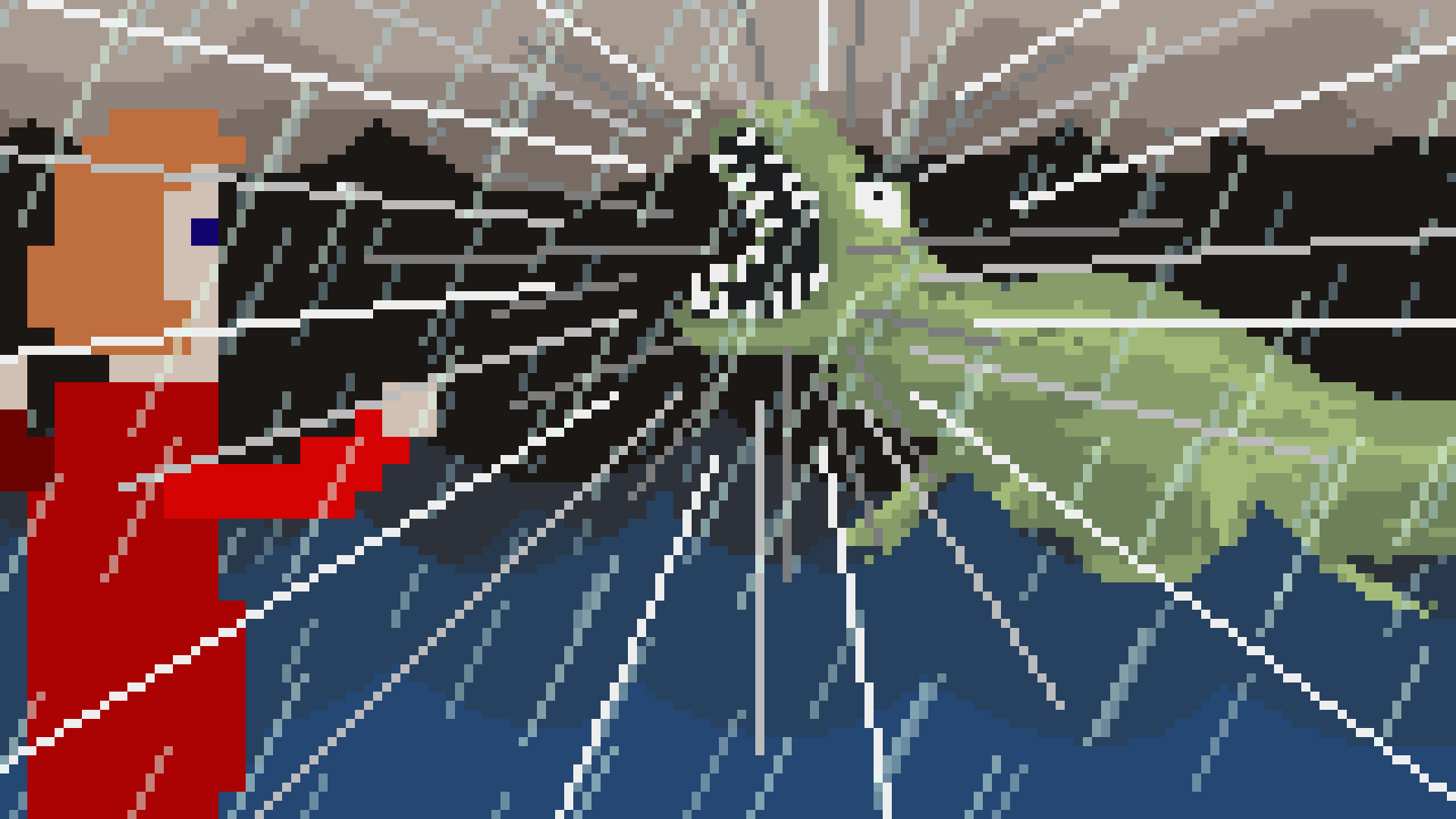 It’s quite fascinating to see you have evolved your skills since last time. On top of disarming bombs, you’ve managed to learn how to play every sport possible (including the unimportant ones like, ugh, curling), pilot just about any land, sea, and aircraft imaginable, and…did I also detect some acting skills in the realm of the world of “situation comedy”? Yes, you have managed to learn one talent after another. They say those who are merely skillful at many is a Jack; I’d like to say those who’ve mastered everything is a McPixel of All Trades!

But I digress. Those fast-thinking skills of yours have gotten you out of one dangerous situation after another. Giant felines, extraterrestrial beings, and even that dastardly yeti from SkiFree seemed to make sure you wouldn’t succeed. Oh, how foolish of those wicked creatures to think that they could outsmart the great McPixel! 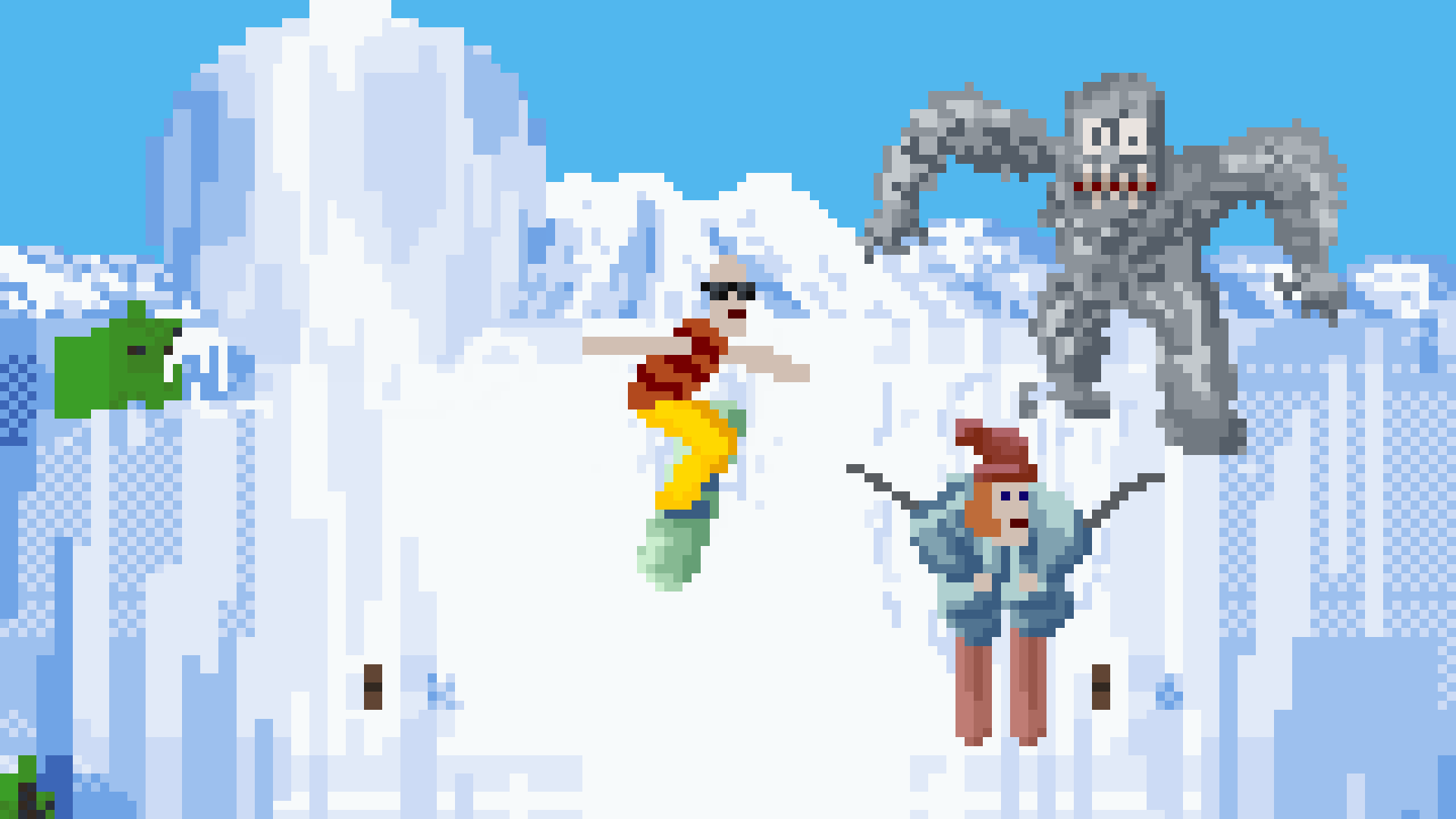 However, I must say that despite your pitch-perfect problem-solving skills, it would appear that those who have trouble with puzzles may have some difficulty later on in the game. Sometimes you have to spell it out to certain folks to give them a good idea on what they need to do. Not everyone is as smart and handsome as you, my methodical mayhem killer. Nevertheless, you could’ve given maybe just the teensiest, tiniest hint to those who have trouble.

Thankfully, those difficult times were padded with laughter. Oh, how I chuckled through every moment I succeeded and failed. The explosions, the quakes, the crashes, and even the jeers of those who don’t understand your art left me rolling on the floor screaming from hilarity. Though I do have a question, my darling McPixel: who was that awful Steve person that kept interrupting your dashing adventures? Away with him, I say! 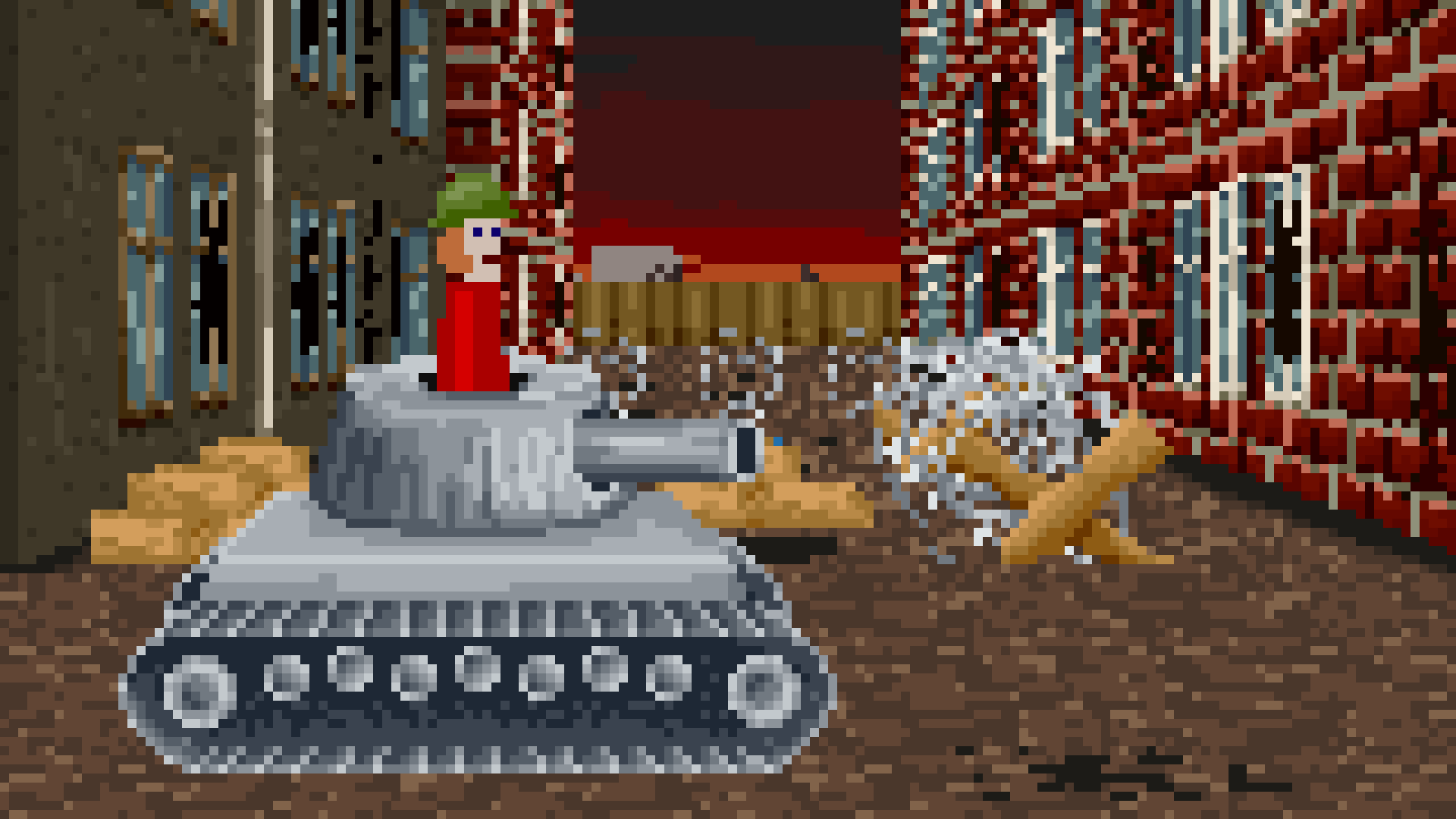 It’s those moment of comedy that helped get me through the hard times. Those moments where I had to constantly walk the runway at a fashion show, or take a hot springs bath in Japan gave me some frustration, only to be greeted with a charming visual that gave me the giggles. Even when you’re being so hard, you come off as a laughable softy in the end, my sweet McPixel!

Alas, I knew that our time together would be short, with our adventure’s runtime clocking in at seven hours. However, like your first game many a moon ago, I can go back and revisit these daring and heroic feats whenever I want. I can even play in — audible gasp — endless mode, with a studio audience laugh track!

Be still, my heart, as McPixel 3 is the true sequel to end all sequels in 2022. While others fight over Kratos, Inklings, and even blue hedgehogs, know that you’ve shined the brightest out of all of them! Once the dust settles, I know that it’ll be you, my dear McPixel 3, that will be left standing triumphantly! Now go, and be the hero that you’re already destined to be!