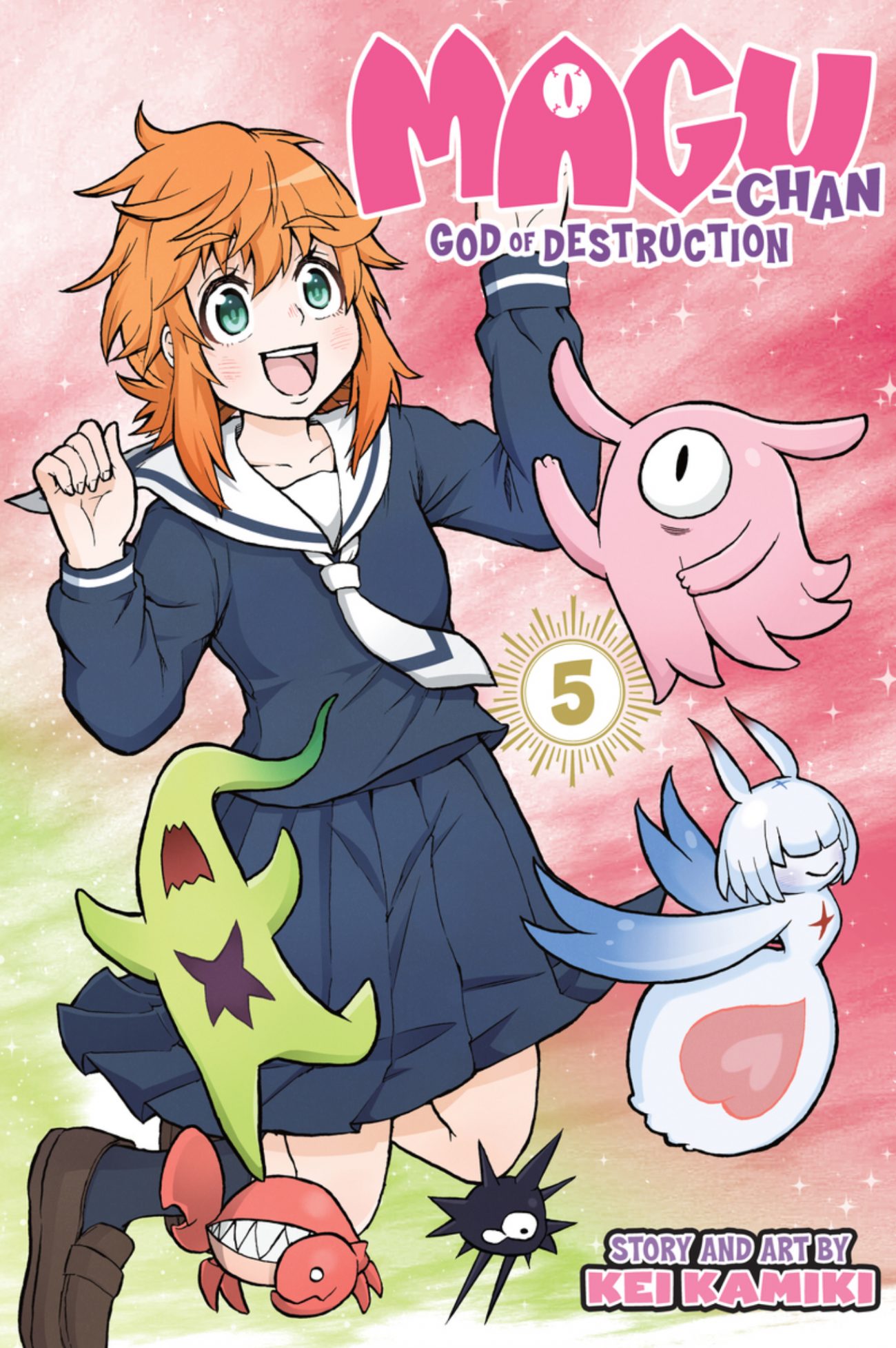 The more Magu-chan: God of Destruction hangs with the humans, the less of a threat he becomes. Of course, the same can be said about Naputaaku, Uneras, and the rest of the evil gods that roam the narrative. Is it because they’re doing their best to blend in, or are their hearts growing significantly for the species that’s only slightly smarter than a monkey? In its fifth volume, it appears the answer is now leaning towards the latter.

After the reveal of the Third Pillar Muscar, the gang have a moment to breathe at a nearby resort. It’s all hot springs fun and ping pong madness, but not without some serious intel talk between Magu-chan and Uneras. Naputaaku runs away from home, as he experiences life under the roofs of others. A wild dog-related game leads to some hilarious cursing, while a flower viewing day is almost ruined by Muscar. Meanwhile, more faces of the Chaos Cult are slowly revealed, which includes one new teacher in Ruru’s class. 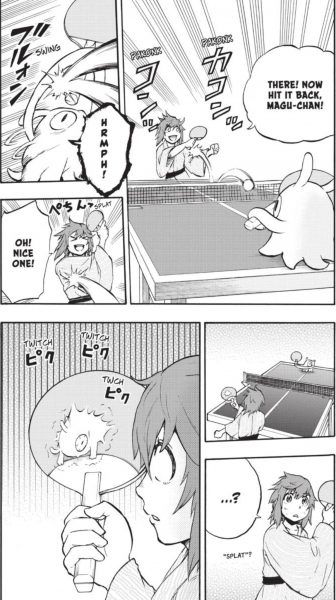 This volume leans more into the goofiness of Magu-chan: God of Destruction, as it shows the gods mucking things up for themselves than others. A great example of this is the titular character and Uneras attempting to blend in as Ruru’s classmates. It goes exactly as one would think, with no one taking the gods’ presence seriously. However, thanks to some impressive persuasion, Magu-chan does get another name in his “Book of the Destruction Disciples’ Blood Oaths”.

When the Chaos Cult starts showing up, there’s a good mixture of comedy and seriousness on hand. Akamura-sensei’s attempts to get Magu-chan to stay with him via interpretive dance shows the right amount of silliness, while also giving an endearing dance between Magu-chan and Ruru. However, it’s when Uneras fights with Muscar when we see what sort of danger everyone is in. Needless to say, there might not be as many laughs when the big baddies of the Chaos Cult are around. 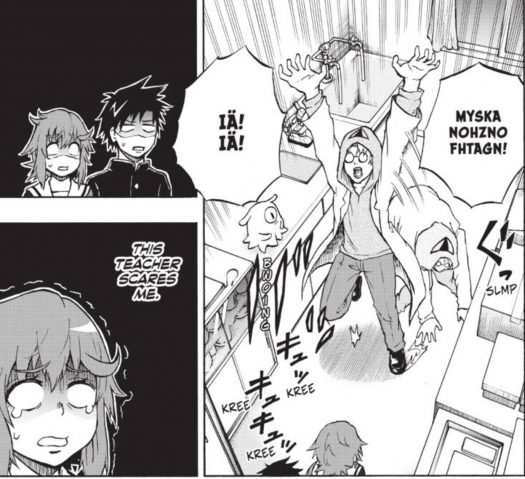 Yet it’s when the heart of Magu-chan: God of Destruction is on display where the narrative is at its strongest. When the god seems to act coldly towards Ruru, a little detective work reveals that he has a sweet surprise in store for her. His reason for blending in with Ruru’s new classmates also has a tinge of kindness in it, even if he went overboard with the plan. This is also true for when Magu-chan uses his powers to salvage a flower viewing day, which he uses his evil powers to generate something beautiful (albeit with a tiny bit of silliness).

For a series about world domination, Magu-chan: God of Destruction sure likes to be laid-back about such a plan. Perhaps that’s a good thing, as it’s been fun watching these characters grow through friendship and new experiences. Volume Five continues that growth, alongside a solid reveal of a bigger threat than any of these tiny gods can fathom. Here’s hoping that when the time comes for the Chaos Cult to strike, that Magu-chan takes a kinder approach than something like a being capable of wanton destruction. 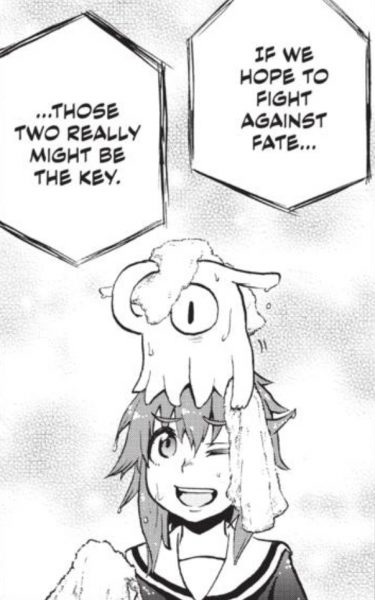