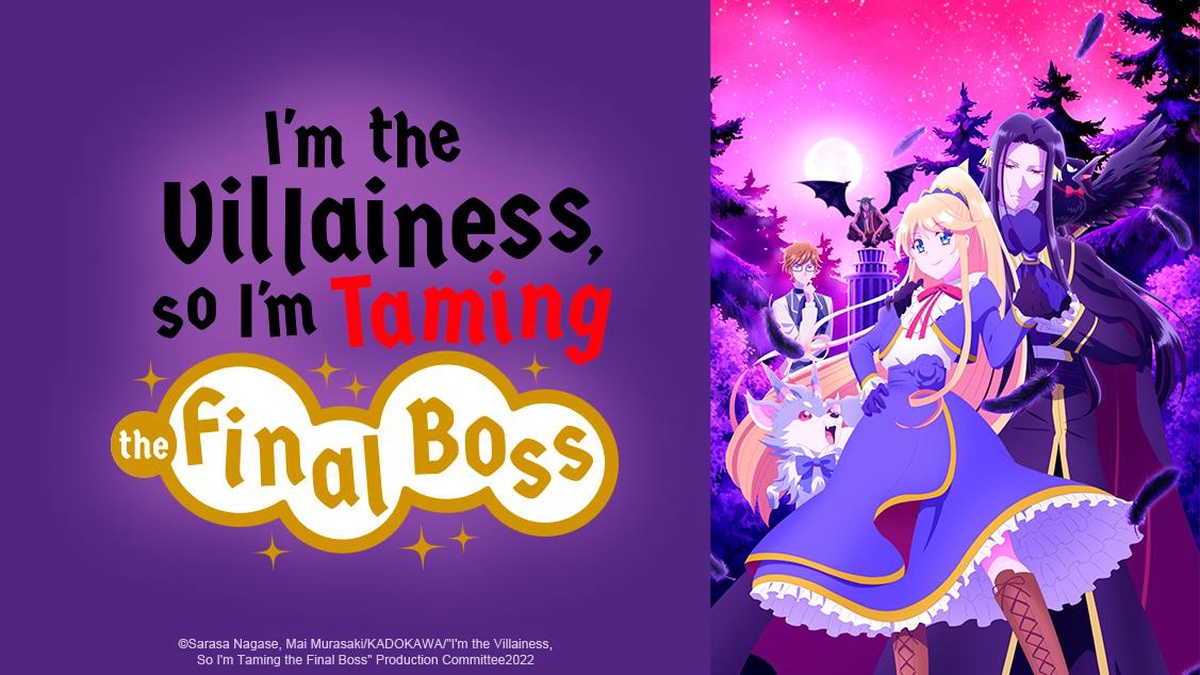 It’s not a new concept for someone to be transported into a video game. Hell, Disney kinda did it first with Tron forty years ago! But in the anime isekai realm, there appears to be a new growing trend with people being reincarnated into their favorite dating sim games. 2020’s My Next Life as Villainess: All Routes Lead to Doom cleverly went this path, with its main character Catarina doing all she could to avoid becoming the bad guy. But what happens if you found yourself transported immediately after you’ve done all of the bad things? Well…there’s nowhere else to go but even further towards the dark side, which is exactly what Aileen (Rie Takahashi) does in I’m the Villainess, So I’m Taming the Final Boss!

The story begins right when Aileen’s fiancé Cedric (Toshiki Masuda) dumps her in favor of Lilia (Kana Hanazawa). Just as the breakup happens, Aileen’s memories from when she lived in Japan awaken, as she realizes that she’s in the world of her favorite otome game Regalia of Saints, Demons, and Maidens. Knowing that her fate is to be killed by the demon lord Claude (Yuichiro Umehara), Aileen’s gracefully accepts the breakup, and searches for Claude. Upon arrival at his castle, Aileen lays out a deal for Claude: marry her, so she won’t die like she does in the game! 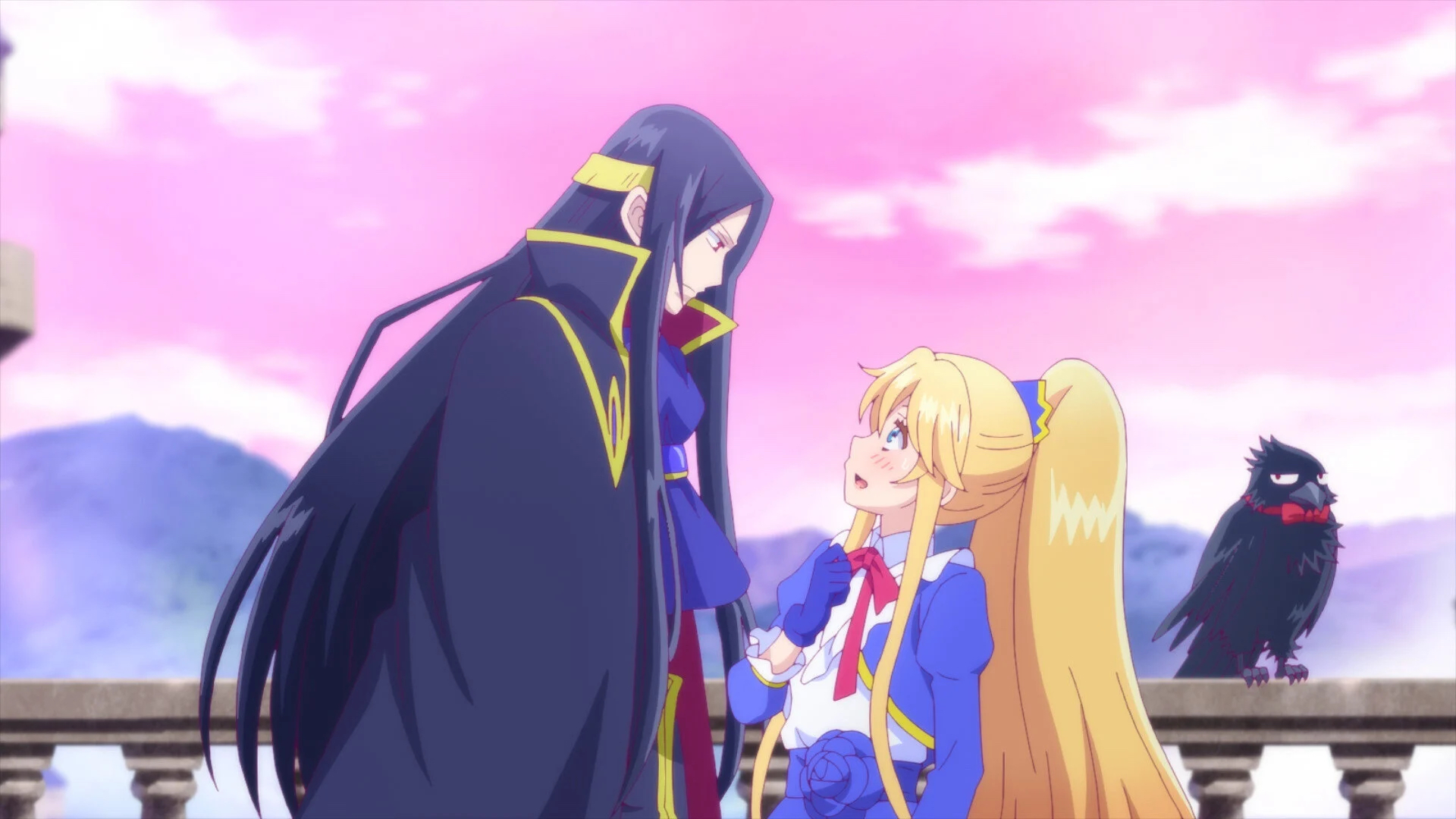 Naturally, Claude doesn’t take Aileen up on her offer, instead throwing her out. But Aileen’s not one to just up and quit. Using her skills and knowledge of the game, Aileen manages to first convince Claude’s allies Keith (Jun Fukuyama) and Beelzebuth (Yuki Ono) that she means no ill intentions. After she selflessly rescues a Fenrir cub from a trap, Claude sees that Aileen’s siding with him more than the humans that fear the demon lord.

Thus begins a partnership that slowly transforms into romance. With her can-do attitude, Aileen aids in fixing up Claude’s castle, as well as fix a bit of his reputation amongst the nobles and rich folks. However, Aileen’s happiness puts Cedric in a fit, to the point where he can’t even think of Lilia out of his jealousy towards Claude. And before viewers can blink, the sides of good and evil find themselves switched. 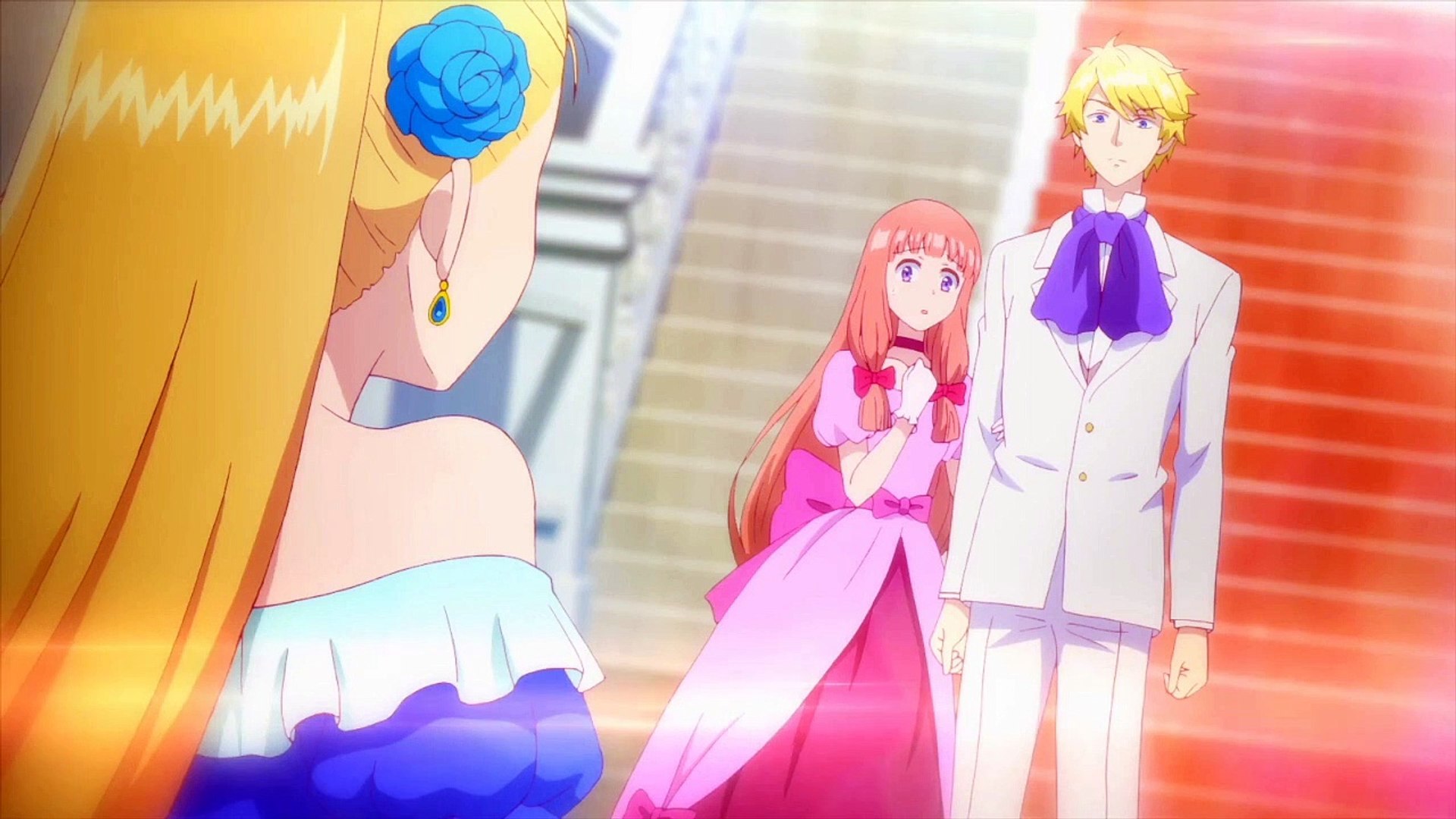 One of the things I’m the Villainess, So I’m Taming the Final Boss does well is its world-building. Despite its narrative beginning midway through the game’s story, viewers will get a good sense of who everyone is and what their roles are. Aileen is smart, Claude is cold, Cedric is green with envy, and Lilia is…maybe nice? Even if these characters do evolve throughout its episode run, their core personalities don’t change much.

Thankfully, those elements help with the humor of this anime. A stone-faced Claude carrying prizes he won at a student fair or Aileen becoming flustered when her demon lord boyfriend surprises her brings some well-timed comedy. The addition of crow servant Almond (Tomokazu Sugita) not only shows some informant skills, but a very funny way of showing his (and many of the other demons’) sweet tooth. But where the humor shines best is when the series enters its second arc. 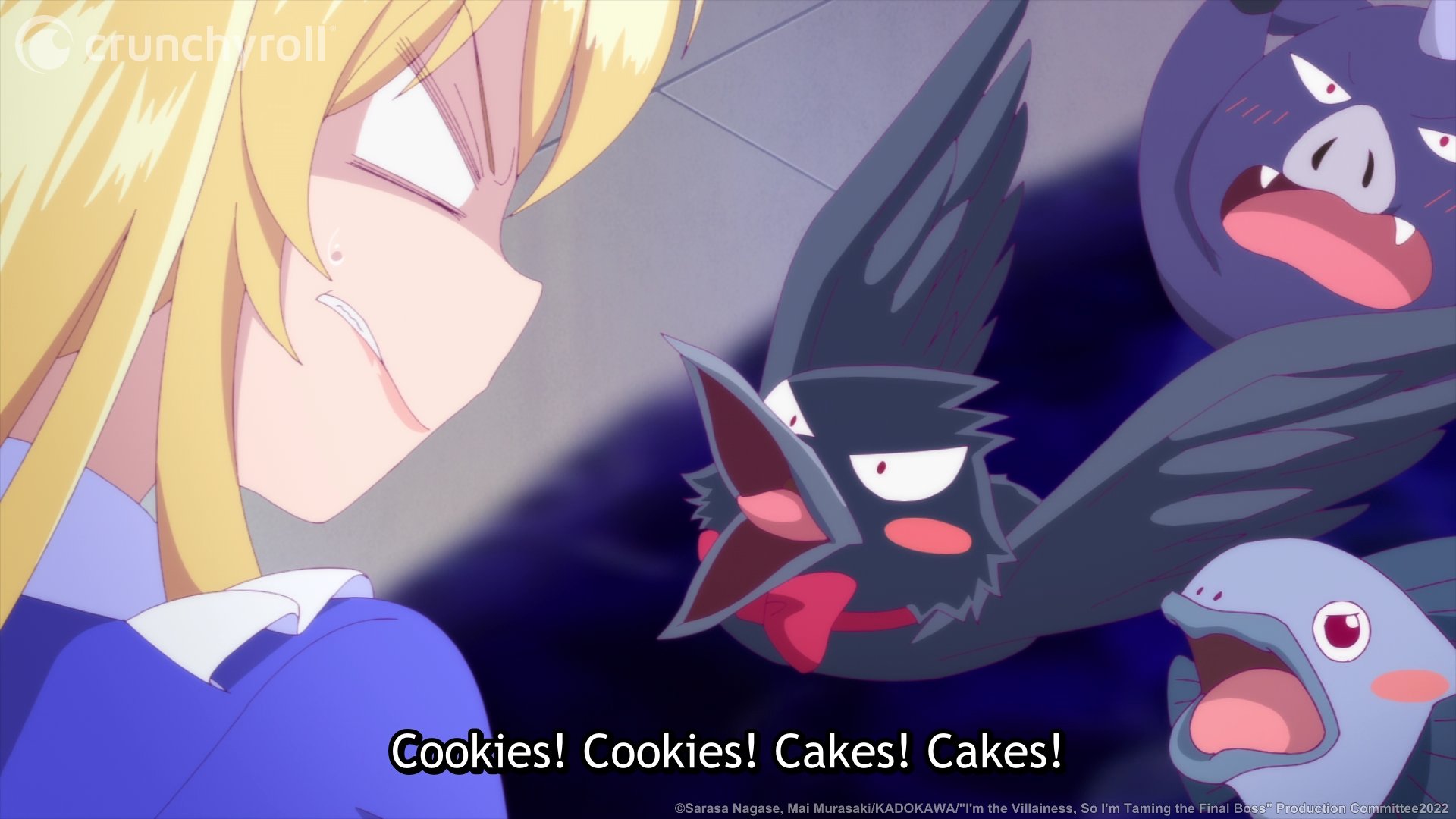 As the first four episodes cover the original game, Episodes Five through Eight focus on its sequel. In it, Aileen infiltrates an academy after rumors of a demon wanting to attack a human village. To keep both humans and demons safe, Aileen crossdresses, takes a role in the student council, and even goes so far as to dress head-to-toe in a duck costume to save people’s tails. It’s silly high school shenanigans, with some supernatural stuff mixed in for good measure.

Although the story starts getting juicer during this second arc, that’s not to say there isn’t anything good in the first. In fact, Episodes One through Four serve as a strong prelude to the juicier parts of what may occur during the rest of this season. Aileen’s time at the academy strengthens her skills as a protecter and negotiator, while at the same time gaining new possible allies for Claude in the long run. All of this leads to a big reveal in its eighth episode, which cannot be spoiled here for a good reason. 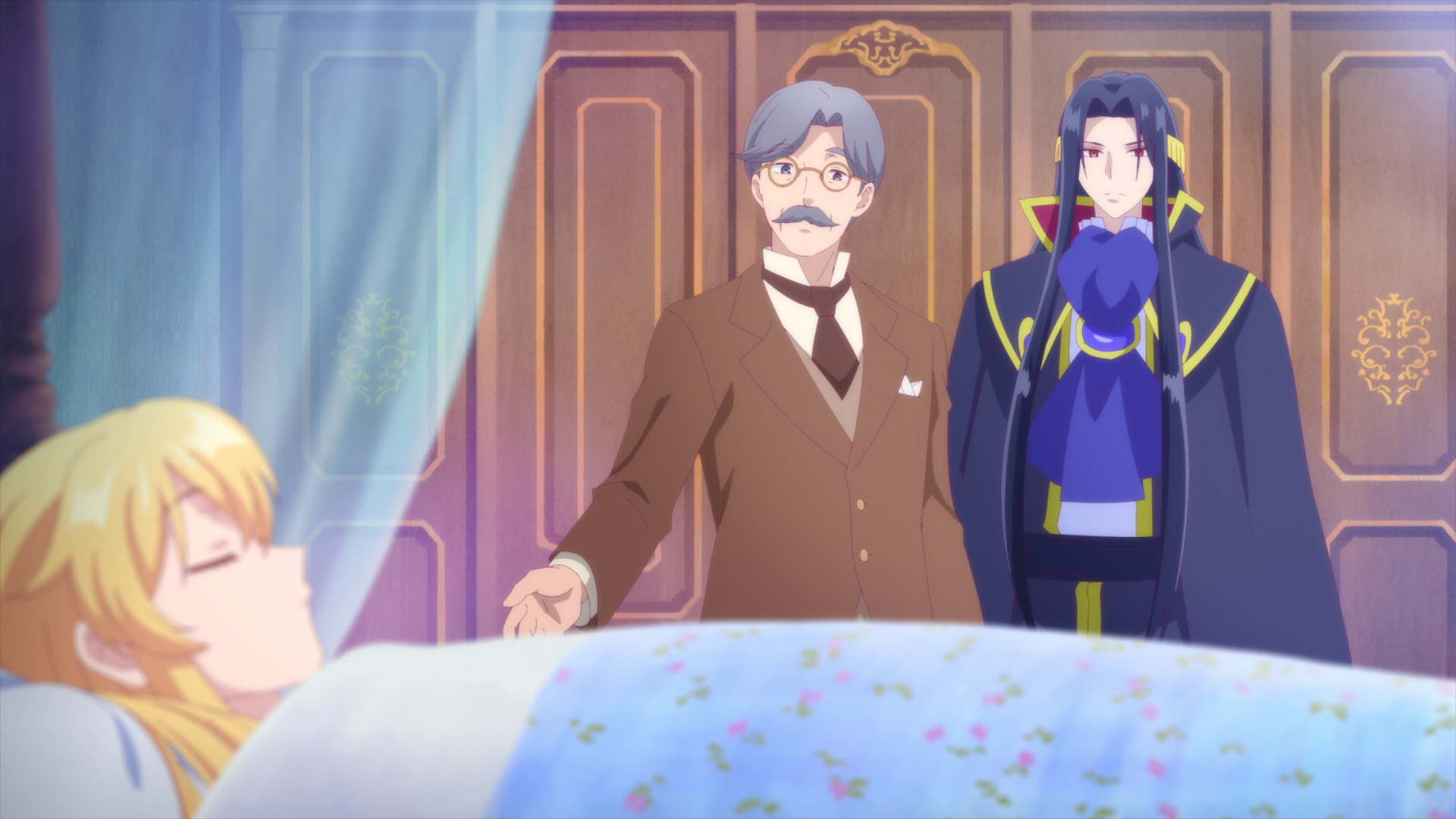 However, when comparing I’m the Villainess... with My Next Life as a Villainess, it’s hard to compete with the charm and silliness of Catarina. As the latter is about avoiding evil paths, there’s more room for comedy as Catarina tries her best to be friends with everyone. When I’m a Villainess... starts, Aileen’s reputation is already ruined, so now she must use her smarts to mend any broken trusts. This leaves room for some silly banter and shenanigans, but it doesn’t have the same amount of sweetness as My Next Life as a Villainess.

But that doesn’t take away anything from the strength of this latest isekai. These are two similar-sounding premises, but with different paths to tread and goals to achieve. I’d be amiss if I didn’t give Aileen credit for fixing both hers and Claude’s reputations, all the while Cedric squanders what he has just to try to make a fool out of his ex-fiancé. What this show offers is very entertaining, whether it’s from its fun narrative or its great voice-acting. 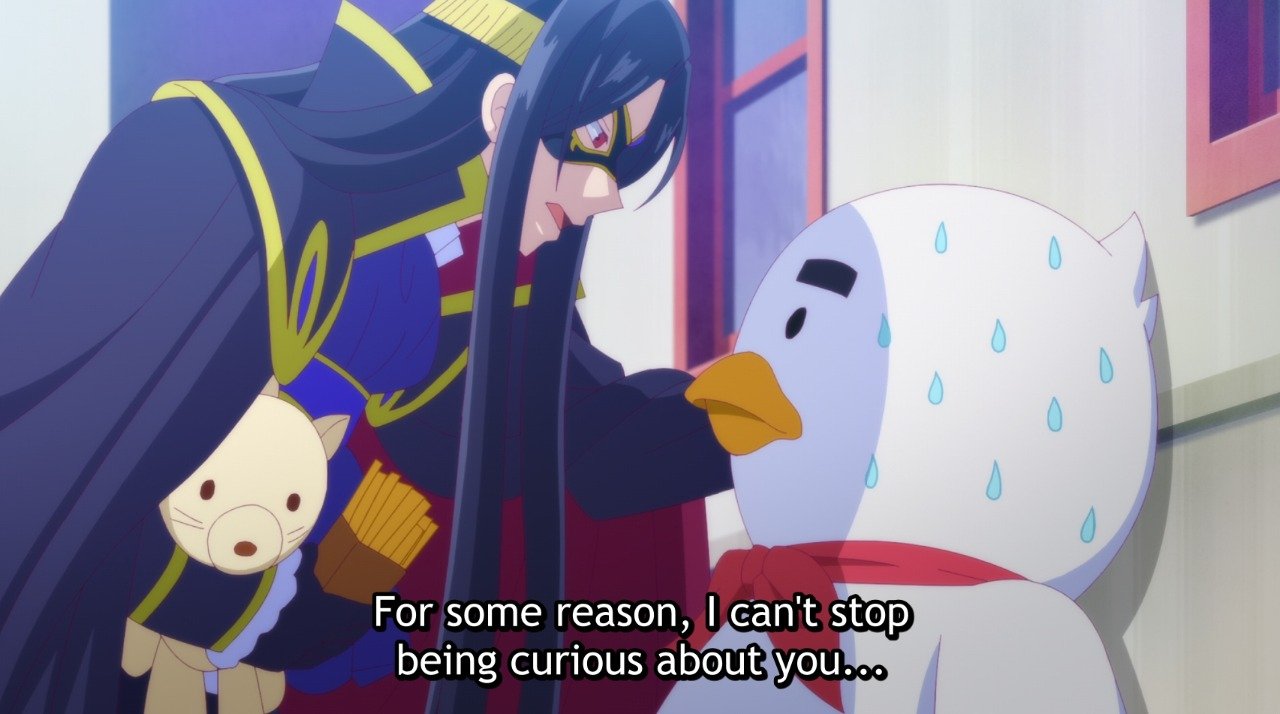 Where it can suffer a bit is in its animation. Maho Film (By the Grace of Gods) brings the beauty of I’m the Villainess...’s world to life, but it’s when it goes into motion where things can get sluggish. When there’s a threat or even an elegant ballroom dance, the characters’ movement can be impressive; when things are quiet, people look a little janky. It doesn’t take away any of the stronger story elements, but it can pull you out of what should be a poignant moment.

I’m the Villainess, So I’m Taming the Final Boss doesn’t reinvent the isekai wheel, but it doesn’t have to. It knows what kind of story it wants to tell, and does so with the right amount of beats and character evolution. Although it takes time to really set the true narrative in motion, there’s enough fun and cute moments mixed with the darker tones to satisfy any otome fan.