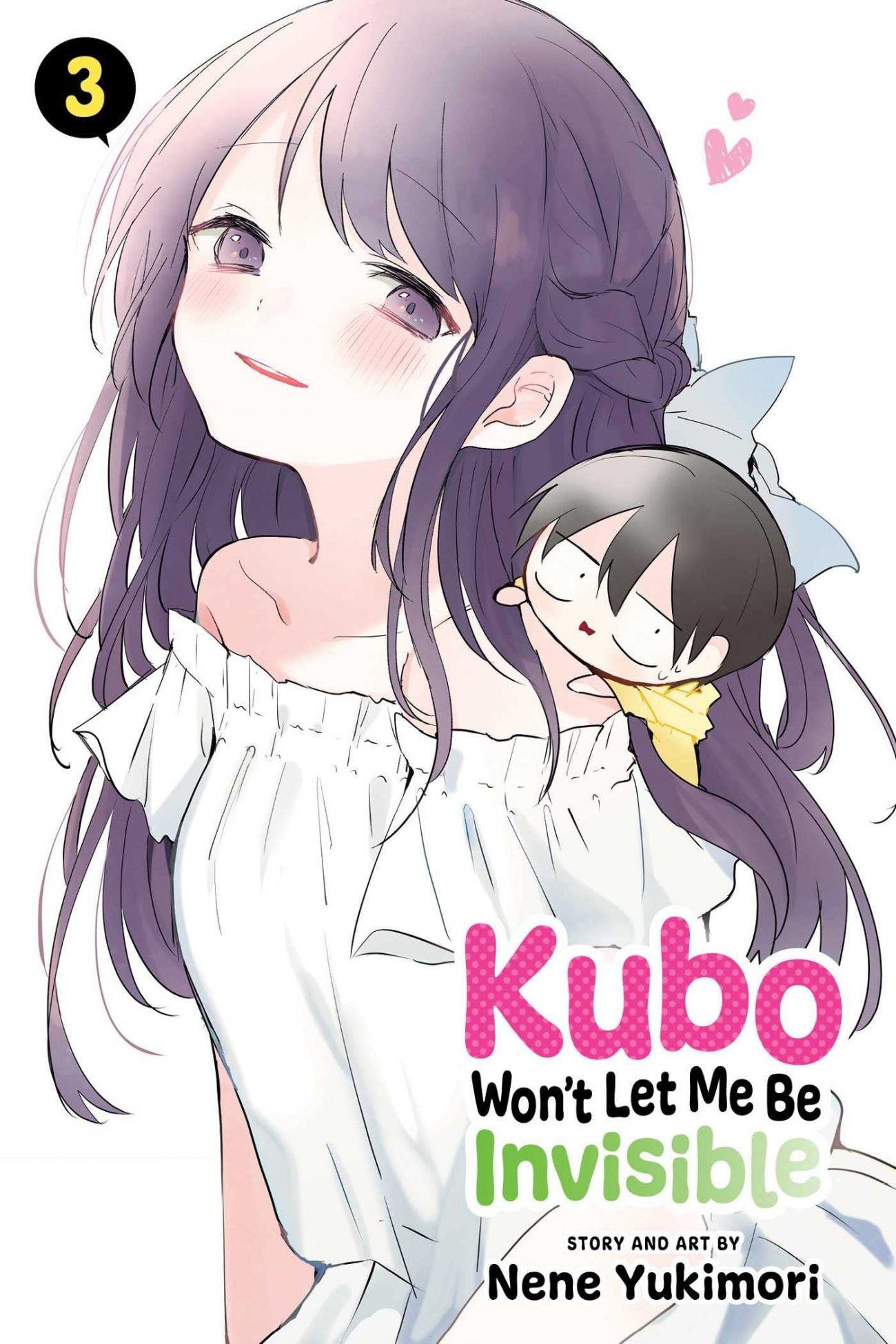 You wouldn’t like Kubo when she’s angry. Yes, the titular girl in Kubo Won’t Let Me Be Invisible is a human embodiment of a cinnamon roll. However, push her wrong buttons, and you’ll be delivered a look that’d give a bear a heart attack. And unfortunately, a certain nosy familiar member is given such a look in the manga’s third volume.

But first, both Kubo and Shiraishi deal with illnesses back-to-back. When the invisible one Shiraishi is taken out with a cold, Kubo does her best to check on him without being a bother. But when a little brother forces Shiraishi to send a suggestive emoji, Kubo responds in the best way possible: sending one just as suggestively. When Shiraishi returns to school, he returns Kubo’s kindness by bringing her to the nurse, as her head nestles onto his shoulder on the walk there. 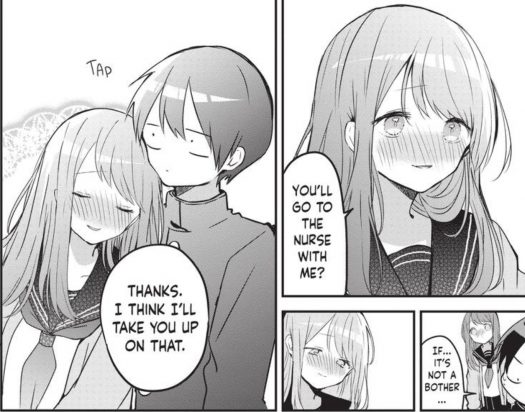 Thanks to the influences of little siblings and family members, Shiraishi is invited to a cherry blossom viewing with Kubo and her family. It begins with Kubo doing her absolute best to cook, but the poor girl can’t even peel an onion properly! Once the rest of the family steps in to aid in her quest to cook a good meal for Shiraishi, the viewing day arrives. After older sister Akina gets drunk and pesters Shiraishi with things of romance, it happens.

Thus far, Kubo Won’t Let Me Be Invisible has avoided even the most minor of conflicts. But that changes when Akina goes off the deep end with her drinking. A face of anger appears on Kubo’s face, one that has yet to be seen in Nene Yukimori’s manga. It’s heart-stopping, but it ain’t the lovey-dovey kind! It’s a moment that sends a shiver down Shiraishi’s spine, where even his own apology doesn’t do anything to fight Kubo’s cold demeanor. Fortunately, all it takes is a little brother’s tears to sway Kubo back to her senses. 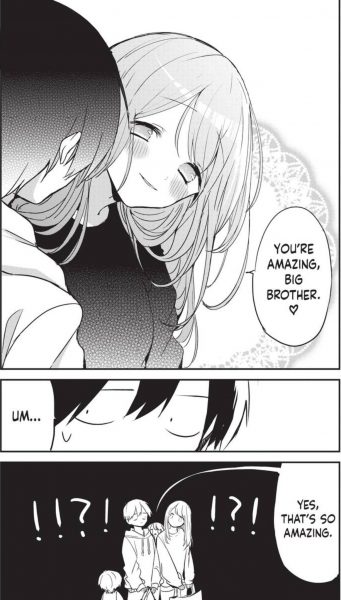 For the most part, this volume focuses more on the light-hearted stuff between Kubo and Shiraishi. From pen-lending to the start of a new school year, the moments these two characters share are filled with warmth and sweetness. Kubo can be a tease at times, but thanks to Shiraishi’s mannerisms, they don’t seem to do much damage. Instead, it gives the invisible one the chance to say something in return that would make Kubo blush.

Kubo Won’t Let Me Be Invisible may be more about the fuzzier parts of rom-coms, but Volume Three showed that the girl has fangs when it counts. Thankfully, the tension melts away thanks in part to Yukimori’s good-natured writing. With that being said, I hope the author won’t be afraid to add a little tension in the narrative, as even the smallest of speed bumps can give a situation a little more oomph. If not, the cuteness of Kubo Won’t Let Me Be Invisible is enough for it to stand on its own. 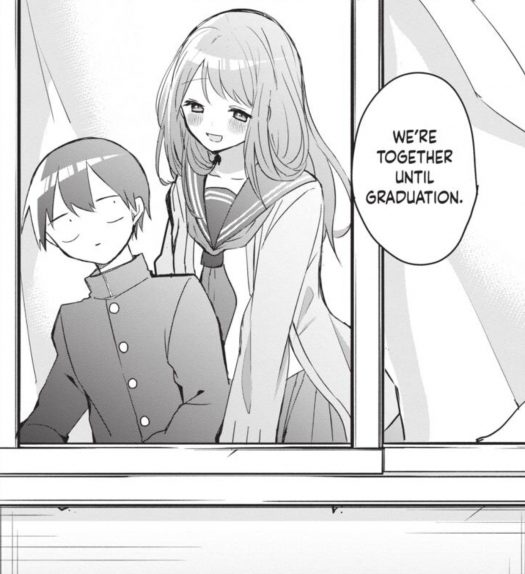 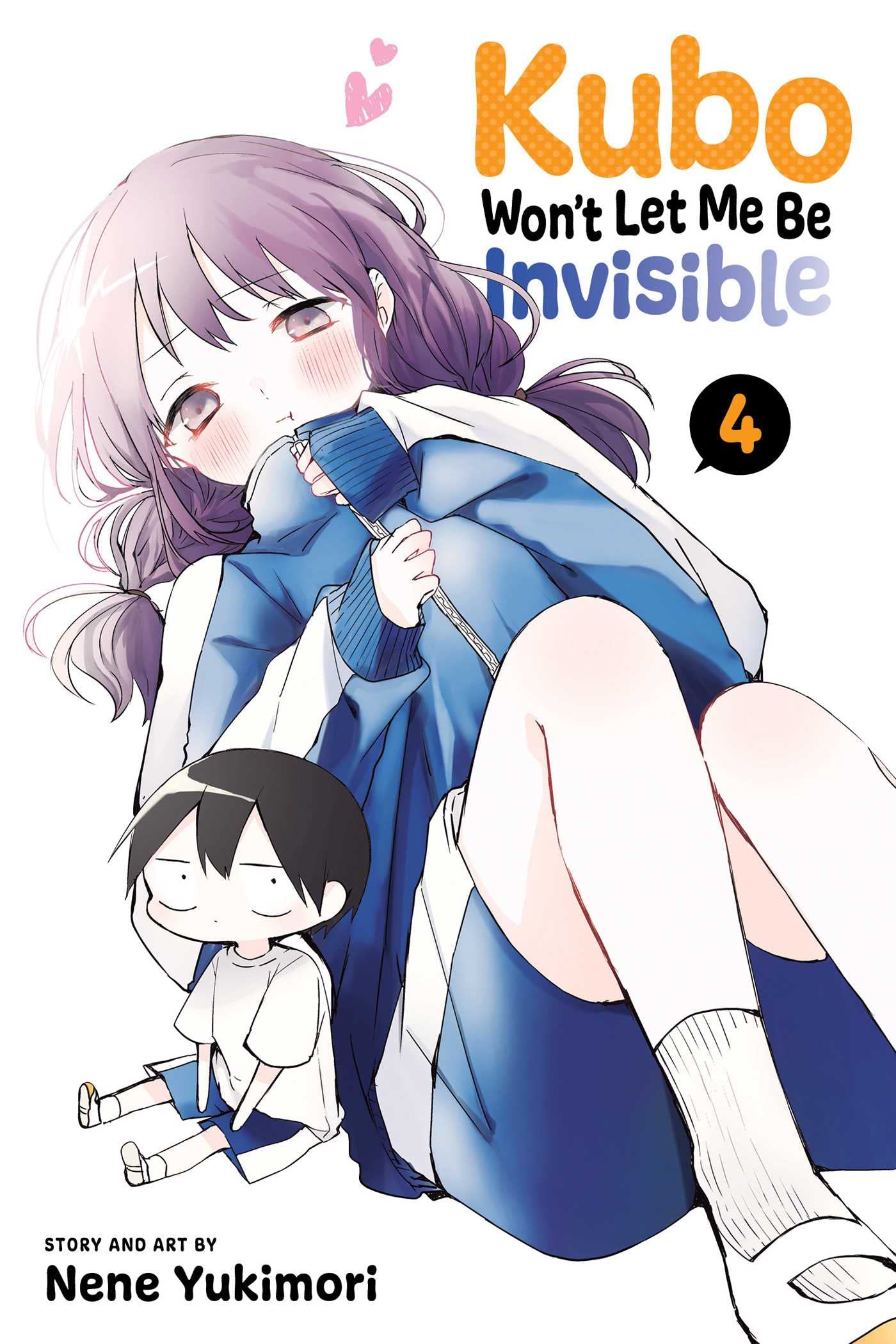 Most romantic comedies in the manga realm take things slow. After all, the fun part is the chase towards capturing a heart, not so much what happens after. Kubo Won’t Let Me Be Invisible knows this well, with Shiraishi and Kubo’s antics bringing them closer in ways that the invisible boy can’t even fathom. But it’s nice when an author gives their creations a romantic push, as evident by what Nene Yukimori does in its fourth volume.

It all starts off per usual between Kubo and Shiraishi, as the girl tries to find new ways to be around the boy she likes. Whether it’s partnering with him in the environmental committee or the science lab, Kubo attempts to find ways to help Shiraishi stand out more while enjoying her time next to him. But then, things get a little more intimate via some hair-brushing after a chalk cloud incident, followed by a moment that Shiraishi would’ve never dreamed of: going to the movies with someone. 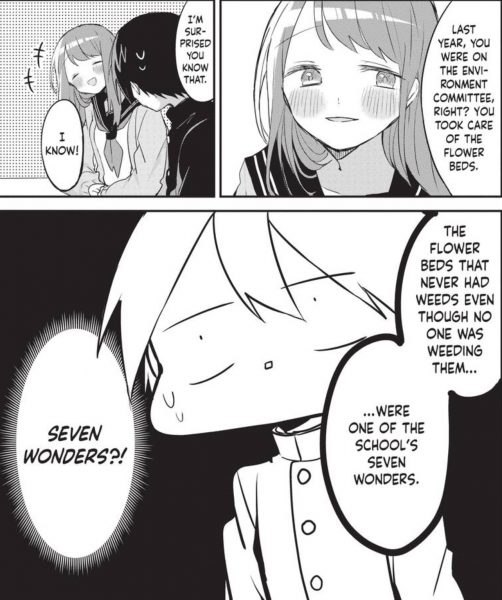 What makes Kubo Won’t Let Me Be Invisible is how way it paces itself. There’s a lot of funny banter and visual gags that are showcased throughout these chapters, be it every time Kubo pouts or each time Shiraishi takes a classmate by surprise simply by, well, being there. However, this all leads to where Yukimori’s bringing their readers: the house of love! And in its fourth volume, this manga starts making those coordinates.

Where progress starts is when Kubo invites herself to tag along Shiraishi to the movies. As the day goes by, they experience many troubles, ranging from crowded trains to bothersome guys. Yet it’s Shiraishi who helps Kubo with these situations, in ways that are very boyfriend-y. Once they finally sit and watch the movie, the two reach a moment of closeness that feels both grounded and endearing. Not only does Kubo make progress with the boy she likes, but Shiraishi starts to break out more from his cursed invisibility traits. 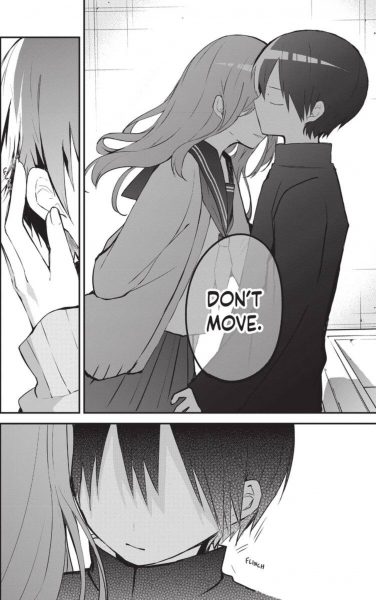 A nice little bonus here comes in the form of an origin tale. Readers find out when these two first crossed paths, with Kubo always being the one who’s making the first move. Their first nonchalant chat shakes Shiraishi to the core, to the point where he has no idea how to react to someone beginning a conversation with him. Not only is their first encounter cute, but it goes far enough to show just how far along Shiraishi has come in the socialization department since Kubo first appeared.

Kubo Won’t Let Me Be Invisible makes plenty of great strides in its fourth volume. It knows when to be funny, when to take its time, and — most important of all — when to go all in. Shiraishi and Kubo are not the first manga couple to tackle social awkwardness and social visibility, but it’s doing all these things right in both magical and hilarious ways. Like tending to a garden, Kubo Won’t Let Me Be Invisible nurtures its soil in ways that make its pairing blossom beautifully. 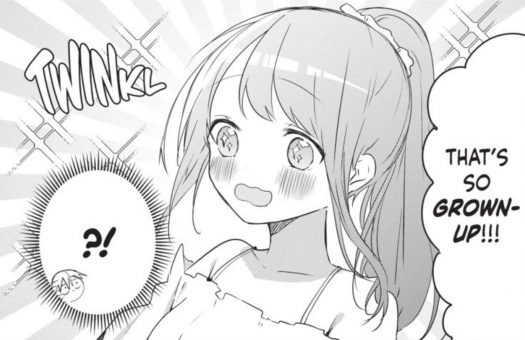