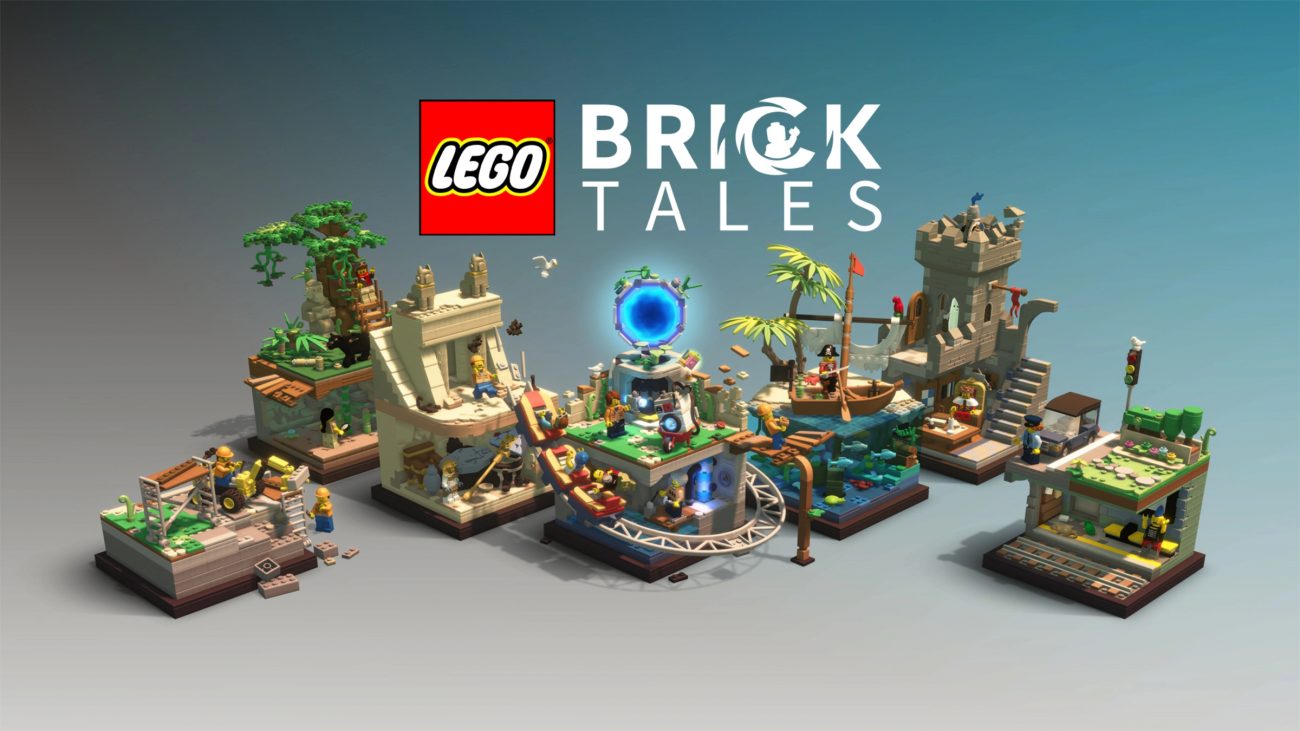 For years, LEGO has invaded the video game world in impressive ways. From LEGO Dimensions to their takes on DC and Marvel properties, each brick-y journey delivers on humor, fun, and imagination. However, most of these games lacked the most fundamental aspect of LEGOs: the ability to create. That’s where ClockStone’s LEGO Bricktales comes in to give players a blank blueprint and a ticket towards adventure.

LEGO Bricktales begins with the search for your grandfather, whose amusement park has seen better days. Fortunately, he’s invented the ability to warp to different locations, ranging from forests and deserts to sandy beaches. With the aid of your robot buddy, you must seek out happiness crystals that will revitalize the amusement park. To earn them, that’s where LEGO’s creative side comes in. 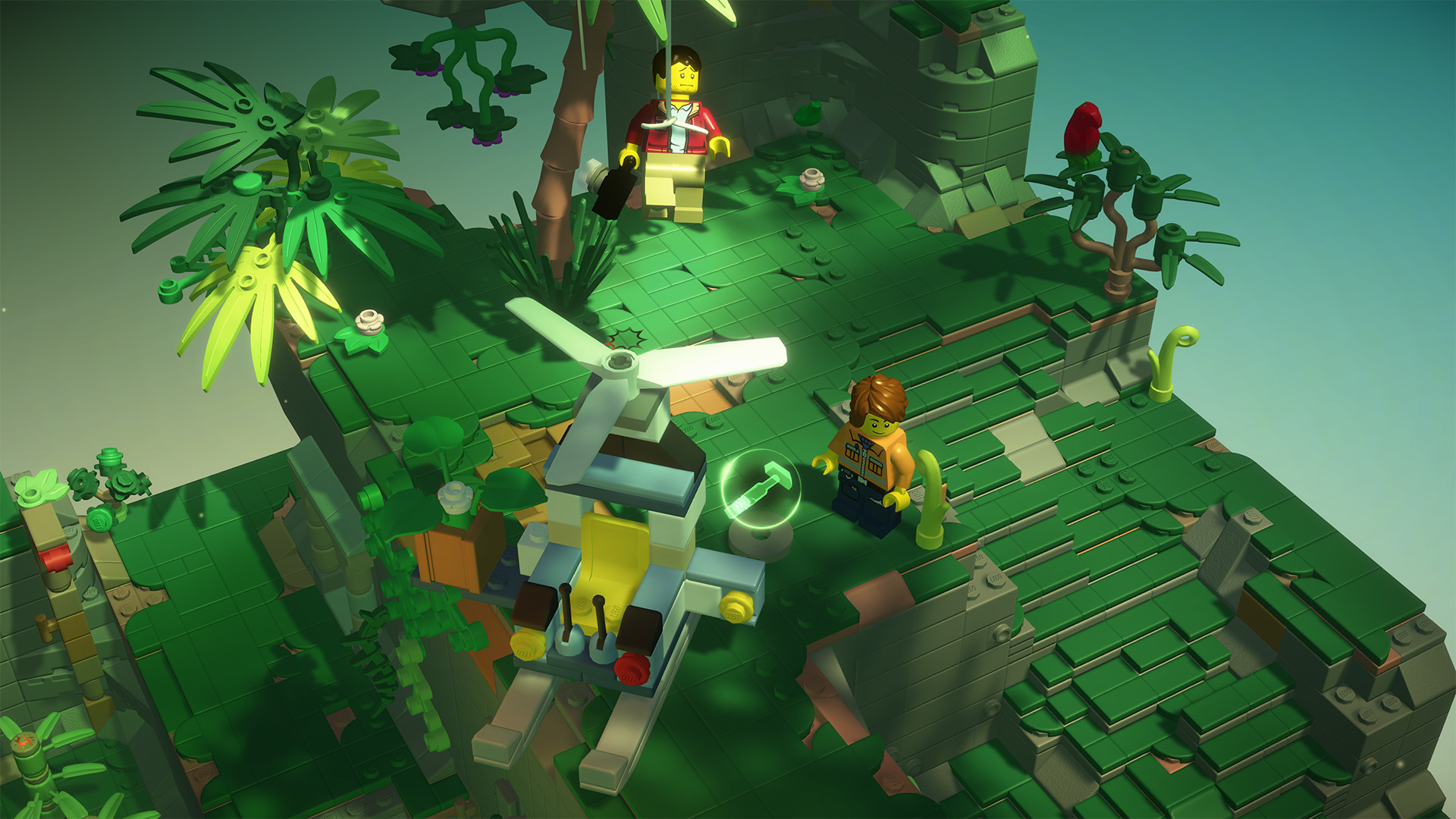 Each world will have you embarking on different tasks for the people you meet. These include building bridges, vehicles, storefronts, and even keys to unlock new areas. While you have a goal to meet with each task (i.e. things can’t fall apart, nor can they be too high to ascend/descend), you can concoct the tools you need to solve areas and keep those you’re helping happy. Once completed, you can go back to these puzzles and be given even more creative freedom.

That freedom is what helps LEGO Bricktales stand out more than its predecessors. Although it’s fun to be a LEGO Hulk or run around a LEGO Hogwarts, there was always that lack of creative imagination that actual LEGOs offer every hobbyist. For the first time in awhile, I actually feel like I’m playing a LEGO game that welcomes being creative, rather than be held back by the limitations of a game’s setting. However, that does mean that those who have trouble being imaginative will find it difficult to build, which leads me to the game’s biggest issue. 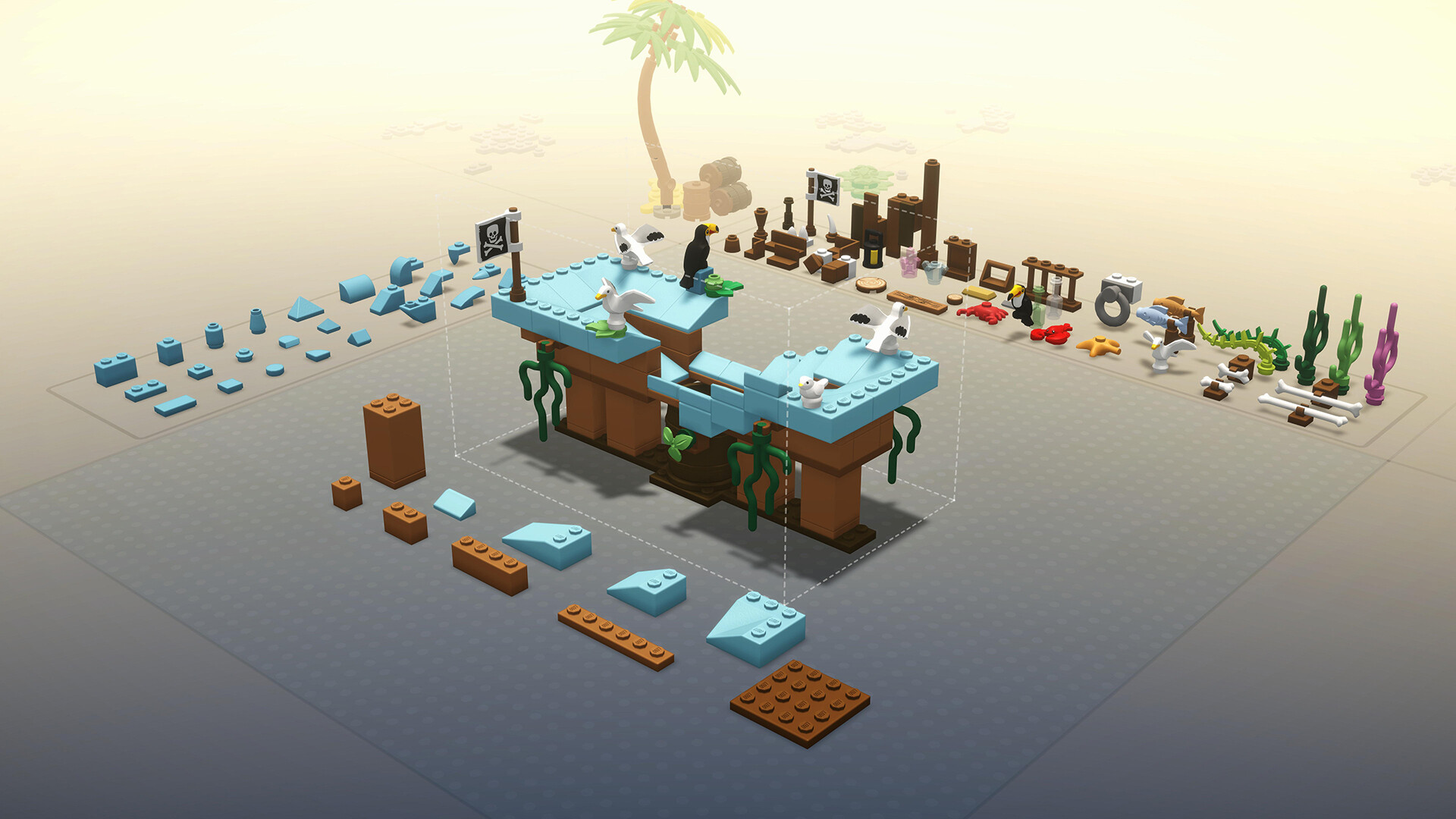 Although I 100% welcome a game that let’s you be imaginative, the lack of manuals to build objects could make it frustrating for some. Since every LEGO set has a step-by-step guide on how to build sets, it’s surprising that this title doesn’t offer anything remotely similar. There are no hints, and outside of a tutorial on how to play the game, there’s nothing here to show you how to create objects in the event of being stuck. Case in point: in the desert world, I spent over an hour trying to figure out how to build a specific bridge, whose parts were a lot trickier to piece together than I thought!

Perhaps the most frustrating thing about LEGO Bricktales is its camera system. When in free-roaming mode, the locked camera system aids in finding new areas and the like. However, the free camera mode in the building sections makes it difficult to figure out where you’re putting the pieces. Many times I was off by one notch, which caused me to sometimes have to start building from scratch. It’s hard when using a mouse; it’s even more difficult when using a GamePad! 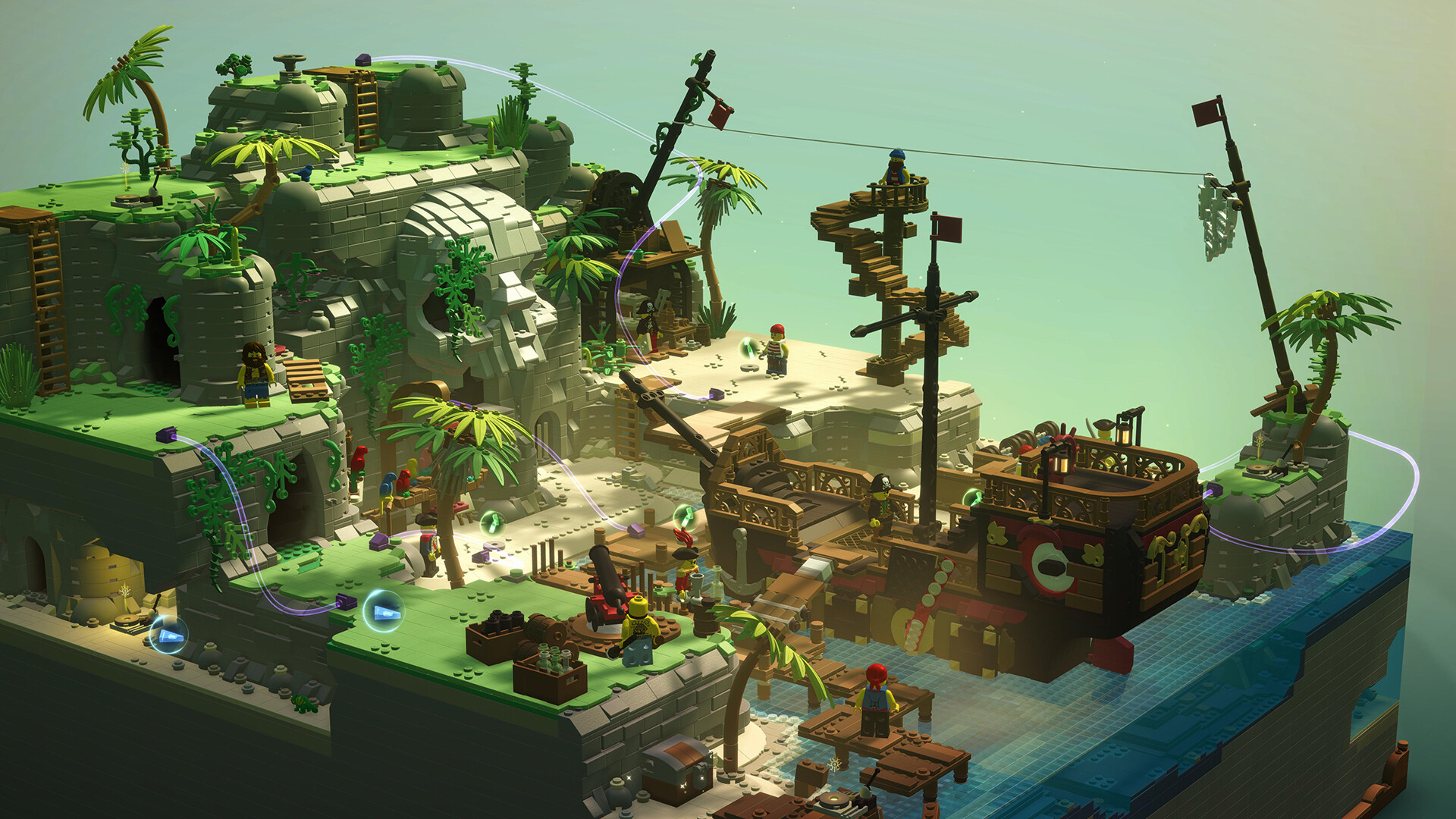 Thankfully, with all the frustrations aside, there’s a lot more fun on display. Watching as your creations come to life in-game — especially vehicles — bring forth the same level of joy I had when I used to play with my LEGOs. Going back and adding more to these concoctions afterwards is the icing on the cake, which lets one’s creative mind run wild…so long as what you build works as intended. Not only is it delightful, but it also gives your brain a solid workout.

Speaking of workouts, the puzzles on display are just as well-done as the building aspects. Figuring out rooms, switches, and other mechanics requires a keen mind with a side of solid sight. The usage of your characters’ powers — ranging from ground stomps to x-ray vision — also will play a role in solving these puzzles, not to mention create a little fun chaos along the way. (I have to admit that the visual gag when using x-ray got a huge laugh out of me when I first witnessed it.) 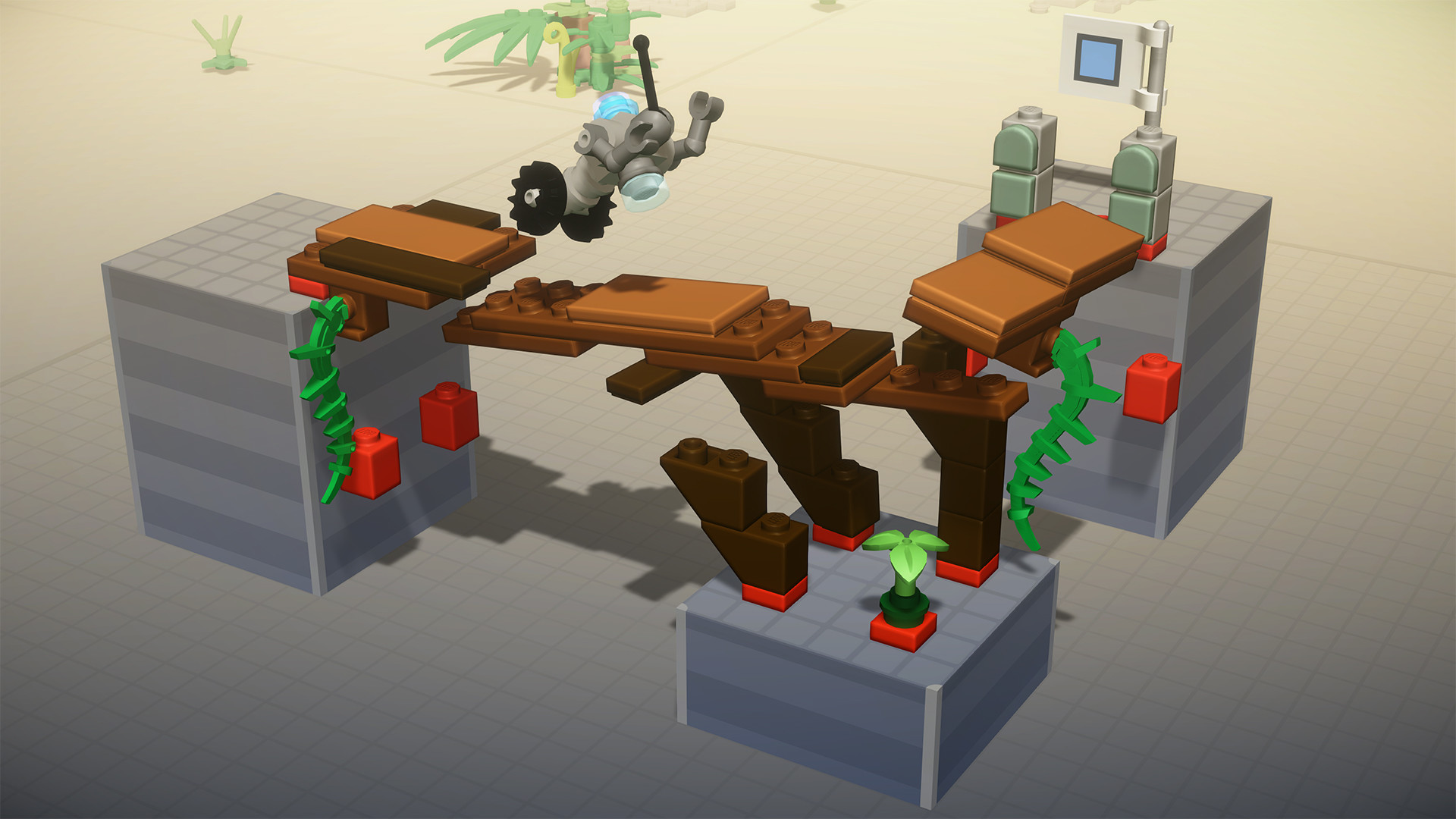 Once you complete LEGO Bricktales, there’s more to be found. On top of finding hidden items and animals, the Sandbox Mode gives you the chance to create to your wildest dreams. While it doesn’t recreate the feeling of grabbing a handful of LEGOs and just making whatever, it gets awfully close to that level of freedom. Plus, you save yourself the trouble of stepping on a LEGO when not wearing shoes, which is still the worst kind of pain imaginable!

ClockStone does for LEGO what the AAA developers couldn’t: give the power back to the builders. LEGO Bricktales is a fun, inventive, and solid love letter to the ones who play to create. Although it has its flaws, they are easily overshadowed by the charm and whimsy that LEGO Bricktales offers in every brick of its fiber.

Promotional consideration provided by Kyle Muensterman of Plan of Attack. Reviewed on the PC via Steam.