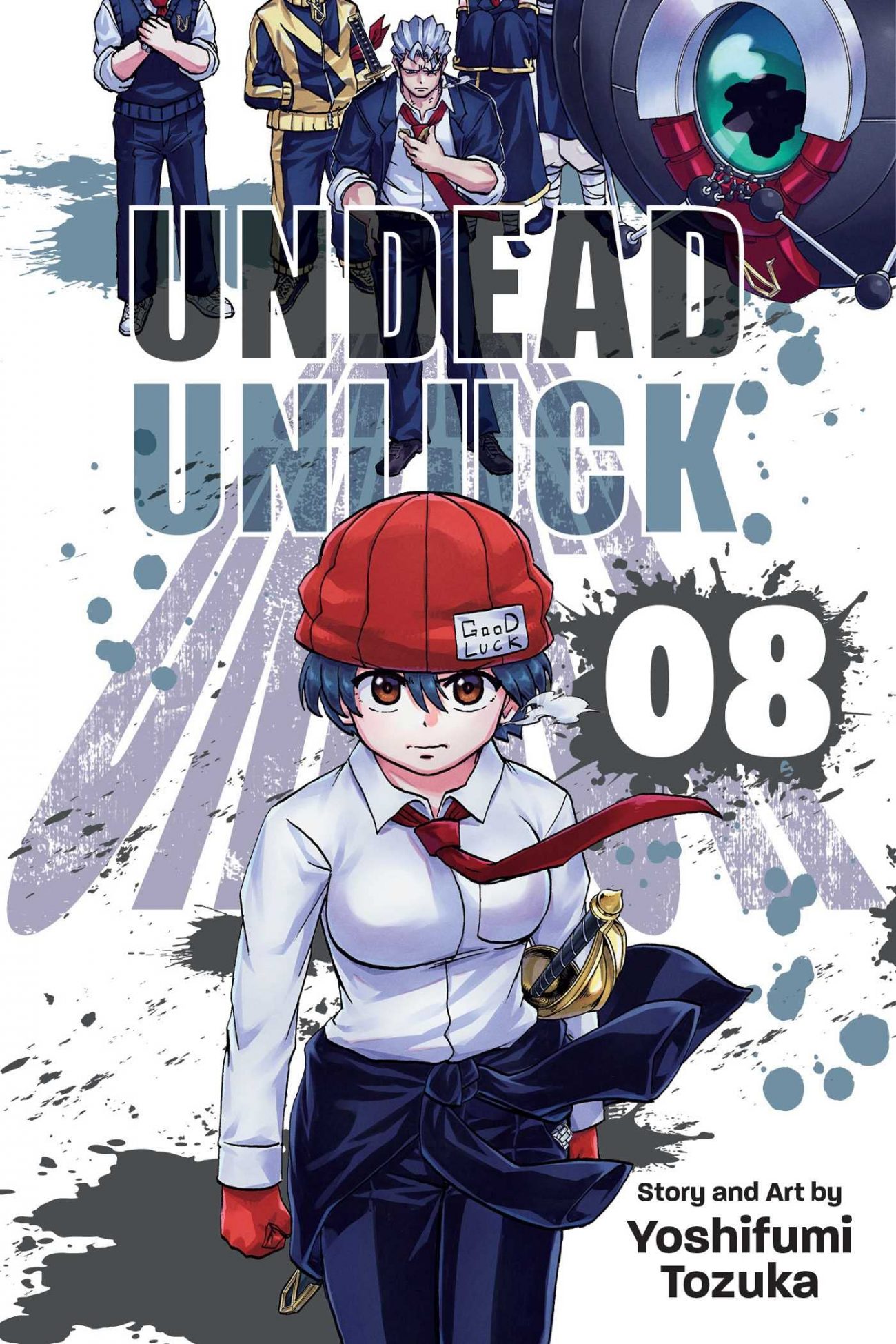 Can one really blame the seasons for wanting to cause chaos upon the world of Undead Unluck? After all, it’s mankind’s fault to being with that the seasons have gotten all out of whack. Nevertheless, the thought of billions dying in an instant would send shivers down any spine, with or without the aid of certain impending season. The Union comes face-to-face with Summer in Undead Unluck’s eighth volume, but Shen’s got a score to settle first!

Standing in front of Shen and Mui is Feng, the murderer of Shen’s sister. His goal of taking down his family’s killer is in reach, but he’s too tough to take down on his own. That’s when Andy offers a hand in the battle, with he and Shen tossing kicks and punches like crazy onto Feng. When the villain unleashes his Zuishin Tekkan Rod unto Mui, Shen must make the ultimate sacrifice. 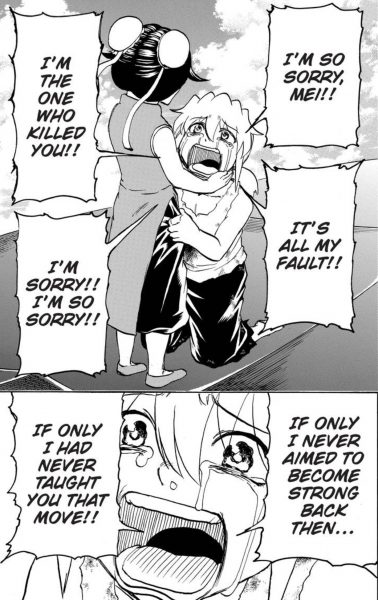 What follows is a deep reflection on what Shen’s true purpose is. With a hole in his chest, Shen finds himself talking with his deceased sister. Despite her being the main reason he keeps fighting, Shen now has Mui in his corner, who has become the rock in his life. After coming to, Shen orders Mui to kill him so he can be her Jiangshi. Once the deed has been done, Mui discovers a brand-new power growing within her, one that has been transferred to her from Shen.

Undead Unluck constantly shows that death has never kept a good hero down, especially from Andy’s perspective. Here we see Shen going past the realm of the deceased, only to return stronger and his beloved Mui now filled with great potential. It’s a moment that demonstrates the importance of growth in weak characters, a trait that’s a staple in shonen manga. Only here, we get to see Mui’s confidence and power grow quickly without having to deal with the whiny side of character development. 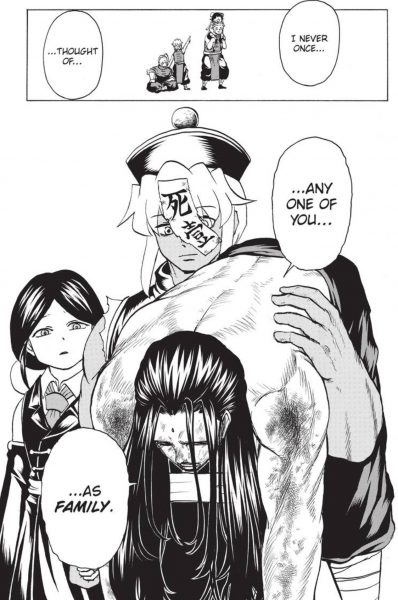 It then leads to the battle with Summer, a violent tour-de-force that’s become a trademark of Undead Unluck. However, even when victory’s at hand, there’s no time to celebrate, as Winter hits in an instant! Fuuko makes a decision that shakes up the Union, but Andy has all of his trust in her knowing that she’s got a good plan. That’s when Spring hits the air, who may just be the most formidable of the seasons to deal with.

Fuuko’s decision to switch teams might raise some eyebrows, but it does open the door for some interesting collaborations with Under. While foes of Union in every way, one could see this as more of a Professor Xavier/Magneto-styled rivalry in the long run. They have common goals; just different ways of reaching them. As we find out more about Mr. Billy’s crew of misfits, the odds of them becoming strange allies to the Union may reach greater probability. 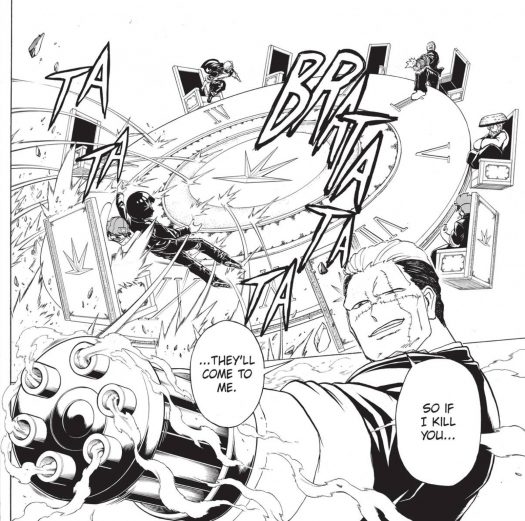 Volume Eight of Undead Unluck checks off a couple of seasons finally dealt with. However, with Fuuko under the wing of Under, one wonders what sort of insanity those team members may attempt to throw at her when she least expects it. But there’s no time to ponder, as Spring sets off to cause havoc on the world. Can a season that’s known to cause so much beauty also perpetuate unimaginable chaos? If so, one hopes Undead Unluck showcases it in a creative and expressive manner! 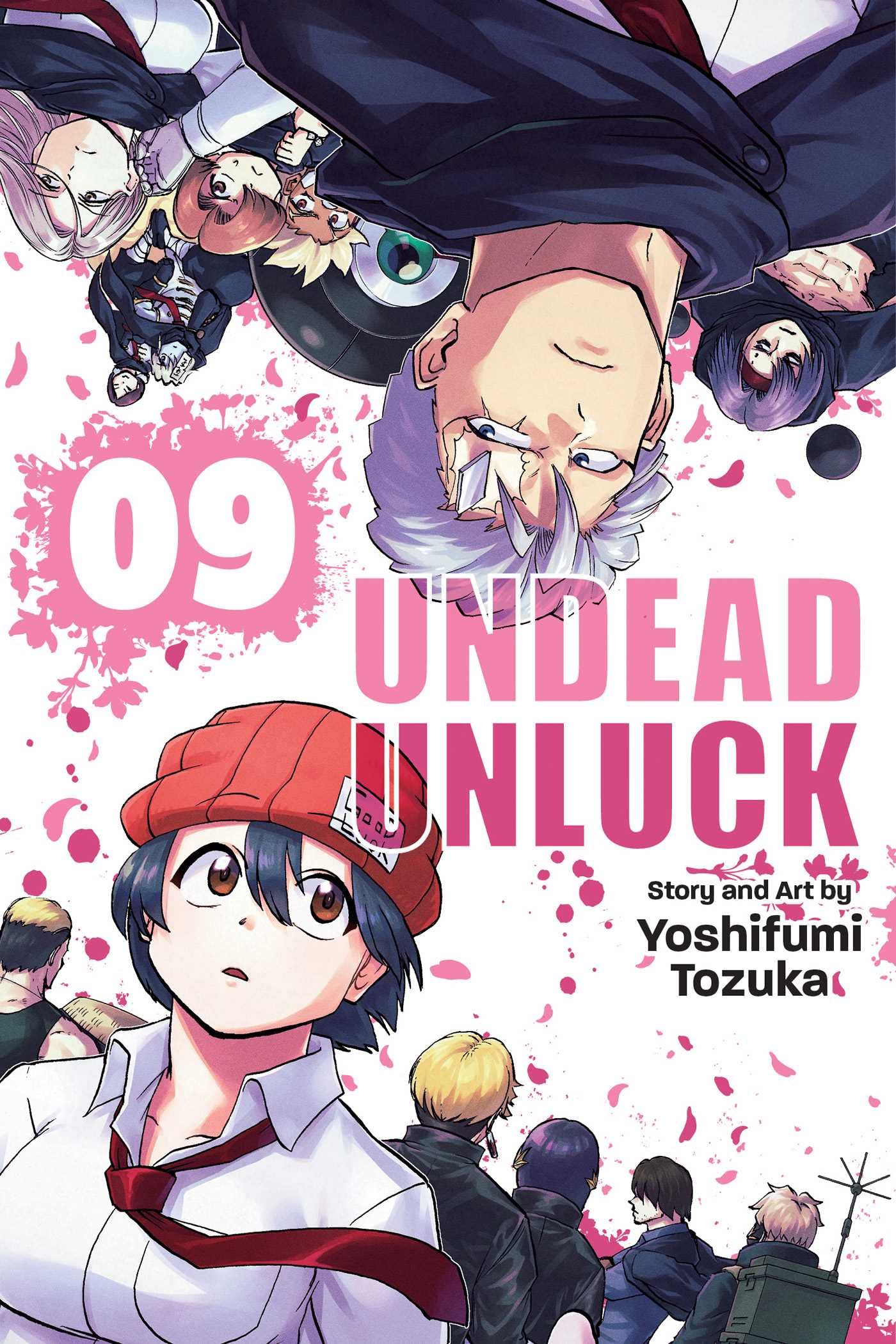 Now that Fuuko’s found herself captured by Under, the battle against Spring became a lot tougher for the Union. But Undead Unluck has always been about the overcoming the baddest of odds, especially when it comes to Andy and Fuuko’s abilities. In its ninth volume, Under and the Union attempt to take down Spring and each other in one fell swoop. The key player in all of this is, of course, Fuuko, who gets a big moment to shine in the latest Undead Unluck.

Although it appears Fuuko’s gotten cozy under Under’s watch, her plan to find out their plan is not far from her mind. After the Under headquarters is swallowed by a whale, Fuuko starts making the steps to try to reach out to Andy and the Union. Thankfully, Clothy is by her side, in the form of a watch that could be the very key she needs to contact her friends. And thus, Fuuko lets her Unluck skills fly! 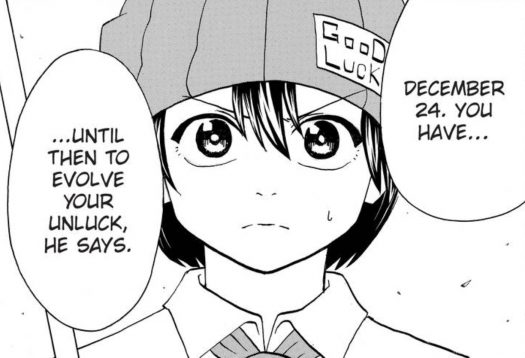 The sequence of Fuuko taking out guarding Under members delivers some nice unpredictable styles of humor. As she’s doing her best not to kill any of them, Fuuko does tiny things like slight grazes in order for the enemy to be taken out in silly ways. It’s when she finds a chance to literally launch herself out of the whale where Fuuko demonstrates her bravery and need to save the world. Sadly, Andy has to let something slip about a certain person she should meet, one that understandable gets his teammates to beat the snot out of him!

When the date arrives, Union and Under meet up to take down Spring for their own reasons. But before they can deal with the haiku-spouting monster, the rival teams have to throw down. It leads to a flashback involving “Unstoppable” Top, who still has some spirits from yesterday to pay repentance to. With the thoughts of his fallen friends in his heart, Top pulls a literal Superman and reaches speeds that allow him to throw a major kick through the gut of “Undecrease” Creed. 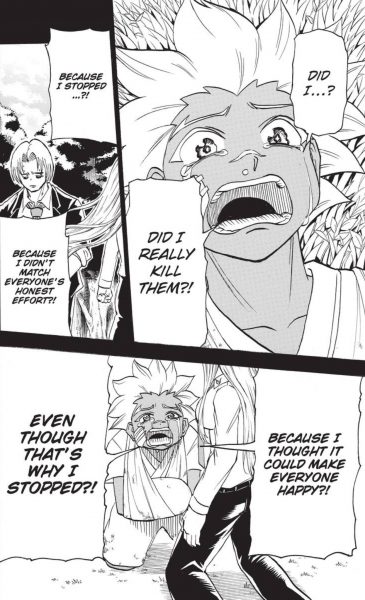 While the fight doesn’t reach the end in this volume, it does make some power moves regarding Andy and Fuuko’s mission. Love has played a big part in their relationship, but true feelings for one another haven’t come out until the last couple of volumes. Fuuko’s the first to come to those romantic conclusions first here, with Andy second. Where they aim to take this new level of relationship depends on two things: how deep their love is, and if there’s an Earth left after their missions are over.

Nevertheless, one can’t help but be excited to see where this takes the narrative of Undead Unluck from here on out. Volume Nine sets the stage for Andy and Fuuko’s reunion, while at the same time dealing with the recent seasonal trouble. Can the Union get closer to stopping God, or will God have other plans in store? However all of this turns out, it’ll no doubt be as exciting as what Volume Nine of Undead Unluck has to offer! 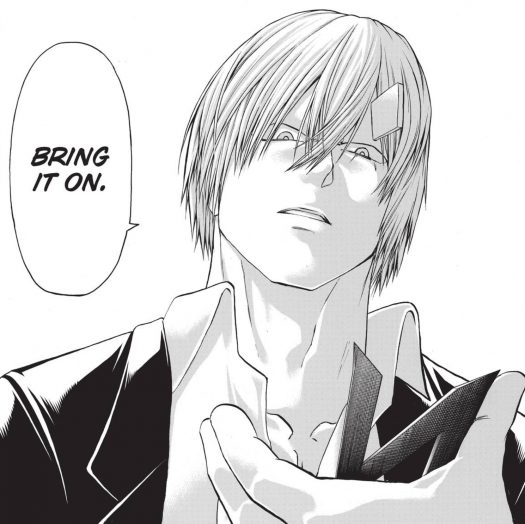