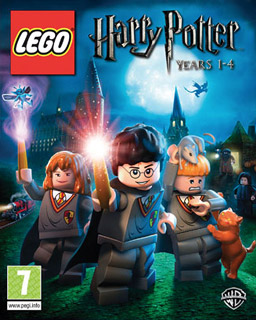 I will admit that I am not an avid reader of the Harry Potter series, as I really couldn't get into the books at all. (Don't judge me.) However I am a fan of the films, so I have at least some knowledge of the world of Mr. Potter. I was also really big into Legos when I was a kid; even obtaining an annual subscription to their quarterly magazine for a few years. So when I heard about Lego Harry Potter: Years 1-4 I was intrigued with its concept. While there was a lot to be impressed with this game, I did have a few issues with the gameplay.

As many people know Lego has had a good track record in regards to their licensed-based games. Their Star Wars-based series has been considered as some of the best games of George Lucas's properties, and the Lego Indiana Jones games have also earn themselves a following. So it would be a no-brainer that the folks at Traveller's Tales (who have been making these games since the first Lego Star Wars) that they would take on the Harry Potter series the same way they did with their other properties. While the trademark tongue-in-cheek humor of past Lego games is still intact, something appears to be missing.

Lego Harry Potter: Years 1-4 takes place during the events of the first four books (or movies, if you're like me and never read the series). Players create potions and learn spells; control Ron & Hermione as you help Harry win his Quidditch match; win the tasks at the Triwizard Competition; and take on Voldermont and his different aliases before he destroys you. If you've seen it in the film, it will be in this game. If you've only read the books, however, you might be wondering where some of the missing elements to the stories are. 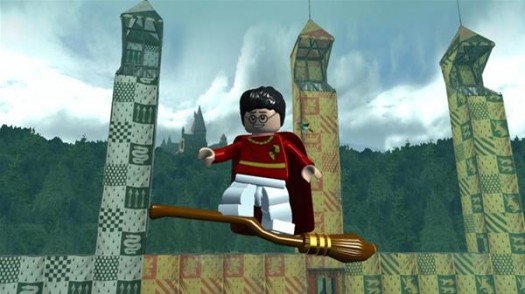 The folks over at Traveller's Tales know how to do a great job visually with their Lego games, and Lego Harry Potter is no exception. Hogwarts and the rest of the Potter world look stunning, even for building block models, and the characters move with wonderful fluidity. While it lacks the artsy stop-motion style that was seen in this year's brilliant 3D Dot Game Heroes the graphics here are spectacular. Soundtrack-wise the usage of some of the movie score in the film somehow adds to a bit of the humor that the game showcases. Hearing the clanking of the bricks as characters fall apart or build bridges add a sort of realism to those who spend countless hours building their favorite models, only with the sort of wizardy magic that J.K. Rowling's characters can only bring. (I will admit that the Lego "dialogue" got tedious, and after hours of hearing it I started wishing that Daniel Radcliffe, Emma Watson and the rest of the Potter actors reprised their roles for this game.)

Controlling Lego Harry Potter is pretty easy, and as this is a family game that's a good thing. Either one or two players control their wizards as they shoot/perform spells on everything that moves. Players can switch their spells using the top left and right buttons on the controller, and in some cases (like with Ron or Hermione) you can use your animal friend to get through small areas in order to finish the levels or grab Lego pieces to build necessary objects. If you have issue with switching spells you can just highlight the object with the square button (the X button, if you're playing on the Xbox), and it will perform the proper spell that's needed to complete the task. 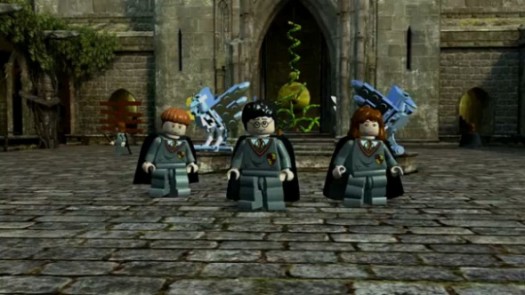 In regards to the gameplay itself this is where I have my issues. After playing the game for a couple hours straight I was starting to get tired of just running around Hogwarts and destroying objects for Lego cash; and it was even getting too predictable in regards to the story's missions. I found myself just rushing through the games so I can just finish the game, instead of blasting everything I come across with my wand. Lego Harry Potter is definitely a game you play in small doses, as you will grow tired of repeating the same objectives hour after hour.

If you do take your time, however, you will find a good lengthy game in your hands. The story mode itself might take you about 14 hours to beat, but if you want to go back and try to collect all the Lego cash and shield pieces you'll find yourself playing it for another ten hours. On top of that are the bonus levels, where players can earn more gold bricks and cash to unlock more characters and other goodies to add to your gaming experience. Let's not forget the humor that is found in Lego Harry Potter, where even the most childish of jokes can bring out the biggest of laughs. Until they ever come out with a Potter Puppet Pals video game, this is the funniest Harry Potter game to grace any console. 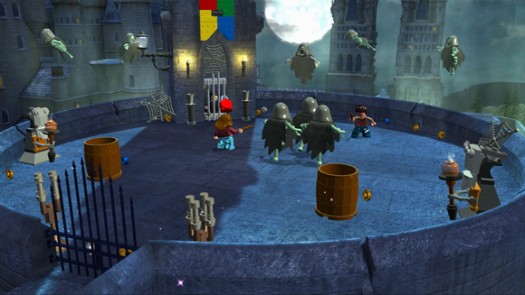 While there's a lot to love about Lego Harry Potter: Years 1-4 its repetitiveness will get to you if you try and marathon it. If you take your time with this game (like an hour to 90 minutes a day), you'll find yourself enjoying a great lengthy game that everyone in your family can enjoy. Lots of levels and unlockable items will make this a game you'll go back to and try to beat a couple times over. Now let's see what they can pull whenever they do Years 5-7.