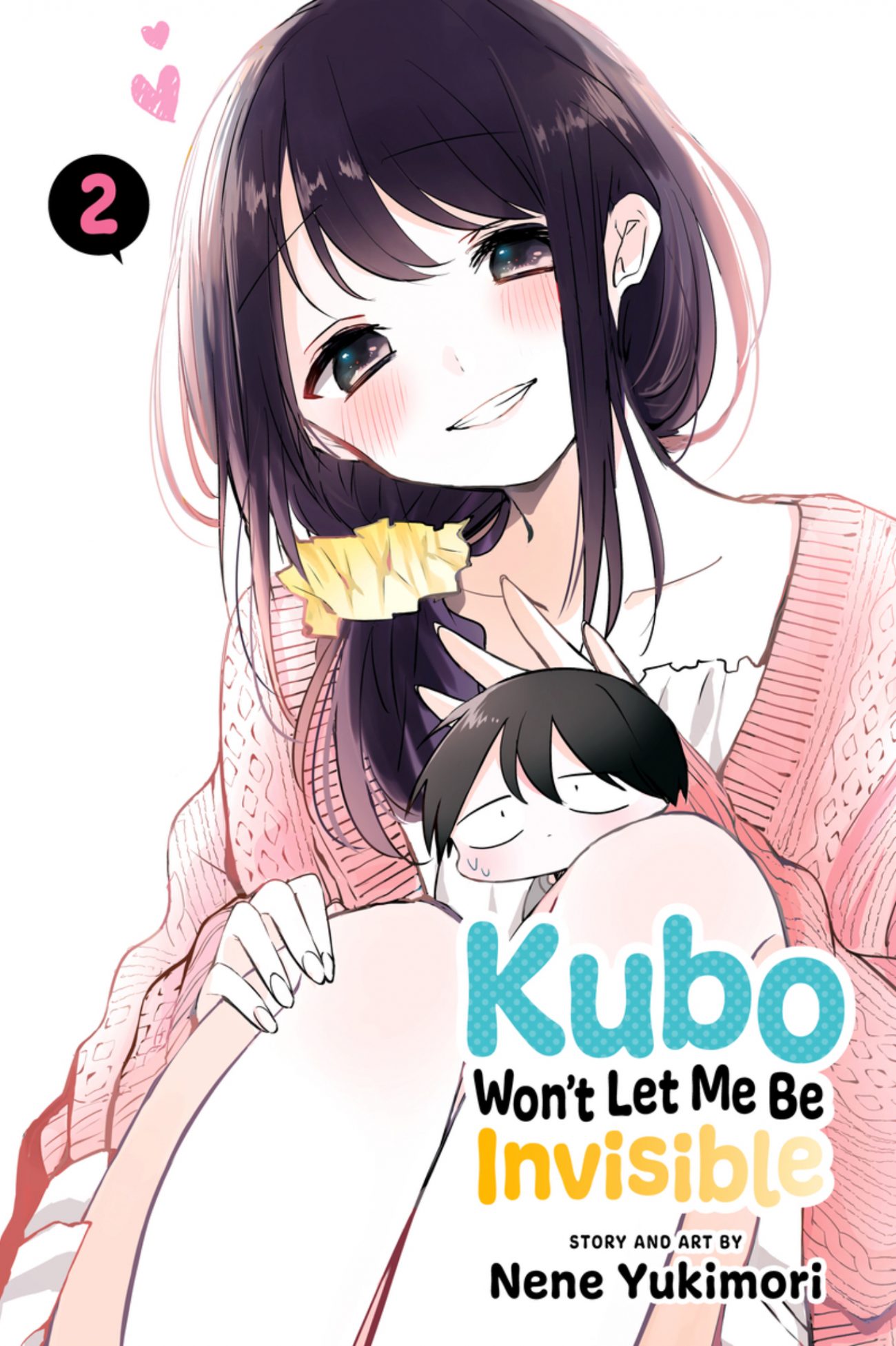 It’s easy to see the comparisons between Nene Yukimori’s Kubo Won’t Let Me Be Invisible and Soichiro Yamamoto’s Teasing Master Takagi-san. Both feature a pair of students, with the girl trying to get some sort of rise out of the boy. Where Takagi-san uses her mind games to make Nishikata blush, Kubo would rather have people acknowledge Junta’s mere existence. Her antics in the first volume helped a little to get Junta out there more, but her heart has ulterior motives towards why she’s helping. In Volume Two, Kubo gives Junta her heart, but will he even know it comes from her?

This volume starts off with the usual Valentine’s Day tropes. Almost every boy is itching to get some sweets from a cute girl, with Junta being the only exception. That’s why he’s taken aback fivefold when he sees a heart-shaped cookie in his desk. Who placed it here, he wonders, as Kubo watches from the doorway. It’s leads to a showcase of what happens the day before, as Kubo tries her hardest to make some sweets for her sweetie, even if either don’t realize they're already a couple! 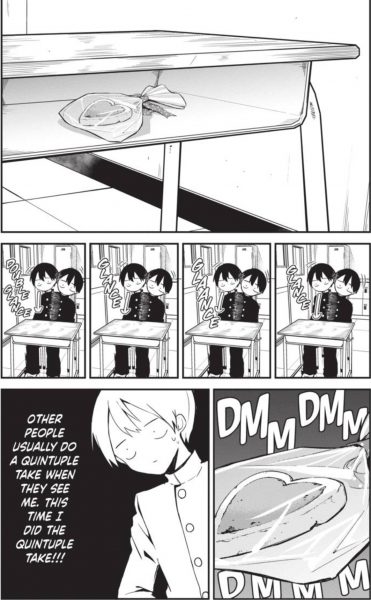 Although Kubo Won’t Let Me Be Invisible has the titular character be the main initiator of the antics, she’s not immune to being teased herself. Enter big sister Akina, who relishes on Kubo’s wanting to make Junta happy. She later runs into Junta, who finds a way to plant a couple extra seeds into his heart with aid from cousin Saki. Kubo seems a little irked about their run-in, yet at the same time she knows that Akina’s heart is in the right place.

Kubo clearly has strong feelings for Junta, which somewhat come to light during a chat about school crushes with her friends. The discussion almost leads her pals to start bad-mouthing Junta’s plainness, with Kubo instantly coming to the boy’s defense. How she reveals that he has good qualities showcases the legit love she has for her unnoticed classmate, with the friends hanging on to her every emotion. Here, it’s evident that something will happen in the future between Kubo and Junta. 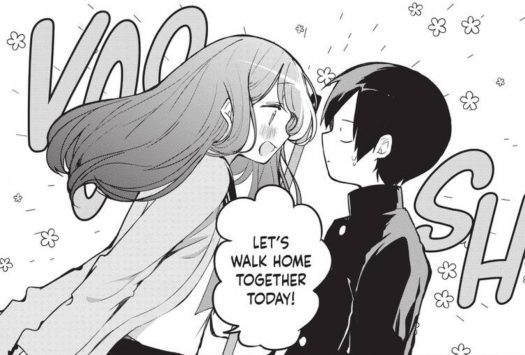 But first, the poor guy needs to catch a clue. Kubo is a very popular girl in school, so Junta still can’t fathom why she even hangs out with him, much less talks to him. It’s why he can’t even imagine Kubo falling for a guy like him, hence why he has legit no clue that she gave him the Valentine’s Day sweet in the first place. Even on White Day, he gives Kubo sweets, solely because she claims knows who gave him the V-Day present. If the two manage to find a way to tear down the wall that’s keeping their hearts and common sense from reuniting, then their romance can actually begin!

Of course, that’d probably mean the end of Kubo Won’t Let Me Be Invisible, which would be a sad thing to conclude too early. These two knuckleheads of different degrees will one day figure out how to express their feelings. Until then, Junta and Kubo will have to endure some teasing, internal conflicts, and some daily silliness before they realize what their hearts want. Seeing how Volume Two of Kubo Won’t Let Me Be Invisible amplified that silliness to great levels, watching them grow their love will be a breeze to observe! 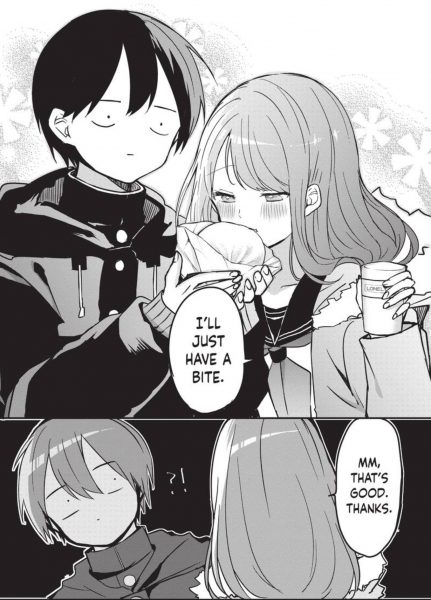