MANGA REVIEW | "Kubo Won’t Let Me Be Invisible" - Volume One 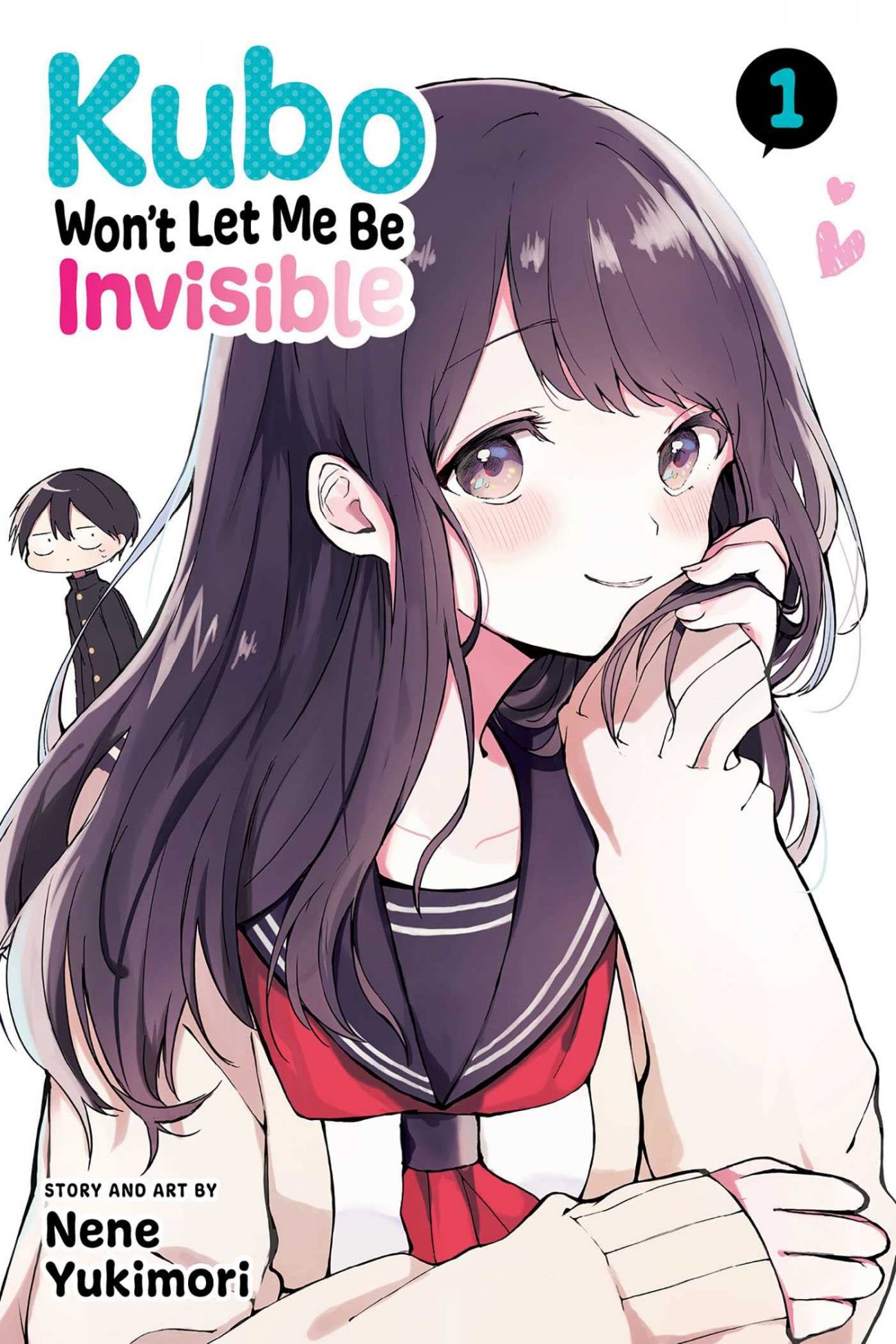 MANGA REVIEW | "Kubo Won’t Let Me Be Invisible" - Volume One

It’s one thing to stand out in class; it’s a whole nother level to find yourself lacking any presence at all. This is what happens all the time to Shiraishi, the main character in Nene Yokimuri’s Kubo Won’t Let Me Be Invisible. However, as series like this goes, there’s bound to be at least one person who’ll notice even the most transparent of people. That person is the titular Kubo, who takes a certain liking to Shiraishi.

At first, it’s simple in-class interactions, where Kubo attempts to bring any sort of knowledge of Shiraishi’s presence to life. Sometimes it’s something as simple as letting a teacher know he might know the answer to a question. But in other occasions, it goes to wacky lengths, as evident by Shiraishi standing on his desk and dancing like a fool. All of these moments bring a big smile to Kubo’s face, albeit with poor Shiraishi feeling embarrassed by some of their interactions. 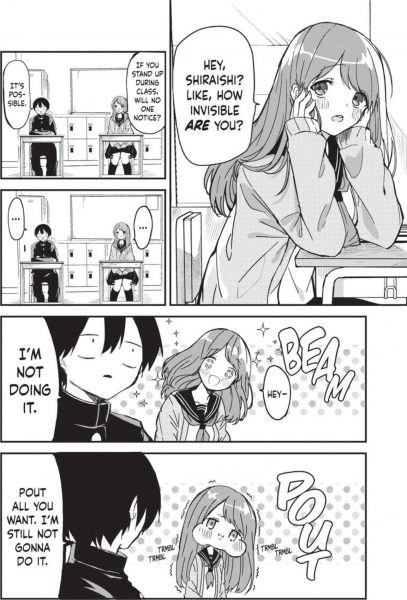 However, when Kubo Won’t Let Me Be Invisible leaves the classroom, that’s where the real heart of the story begins. Moments where the two taking selfies or do Christmas gift exchanges are where the bonding aspects of the duo take form. Both are silly dorks when they hang out, but Kubo hides her true nature whereas Shiraishi lets it out externally. (I mean, after all, only Kubo will actually notice what he does…unless it has something to do with reading risqué magazines!)

Early on, it becomes apparent that Kubo wants to help Shiraishi with his problem. In some ways, it’s reminiscent of how Nagatoro aids Senpai with finding his backbone or Uzaki-chan pushing Sakurai to get out and experience life. He may not realize it, but Shiraishi’s presence slowly gets better the more Kubo is around him. And yes, there’s a love element behind Kubo’s reasons to assist Shiraishi, but — as usual — the guy’s too dense to actually figure that part out. 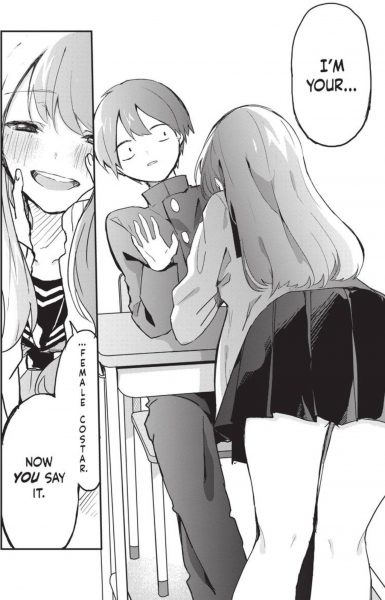 The comedic aspect of Kubo Won’t Let Me Be Invisible is in full focus when it comes to visual gags. Shiraishi’s design itself is very plain, which helps attribute to his bad sense of presence. But when he starts dancing on his desk, blushing when Kubo’s too close to him, or even sneaking a peek at a dirty magazine, his facial expressions are hilariously expressive! As for Kubo, her comedy contributions are basically setting Shiraishi up for his successful failure for the day, but she’s not immune to being the butt of the joke.

Enter Kubo’s big sister (unnamed as of this volume), who takes the liberty of teasing her when it comes to a possible love interest. When she realizes that Kubo’s leaving early so she can rendezvous with a boy, the sister becomes a highlight of this manga. She cackles like an evil snake woman when she puts two-and-two together, knowing full well that’s she’s got fuel to make Kubo blush like an idiot. It may not seem like much, but her actions already show that she’ll play a key role in getting Kubo and Shiraishi together. 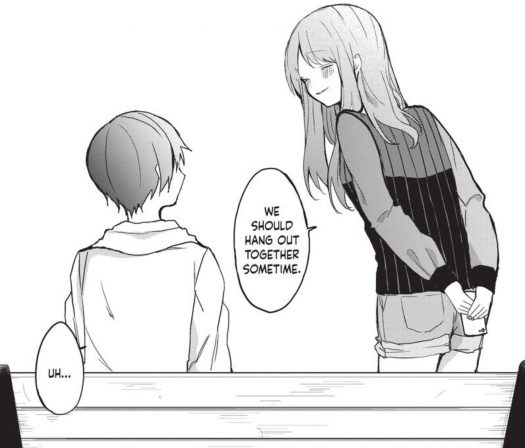 Kubo Won’t Let Me Be Invisible starts off on the right foot in its first volume. The characters are sweet, and the situations Shiraishi are placed in are genuinely funny. With that being said, it has plenty of competition with the likes of Nagatoro, Uzaki, and even Takagi, with those three growing to become true rom-com behemoths! Will the same happen with Kubo Won’t Let Me Be Invisible? Well, considering it’s getting an anime adaptation later this year, it might very well be.