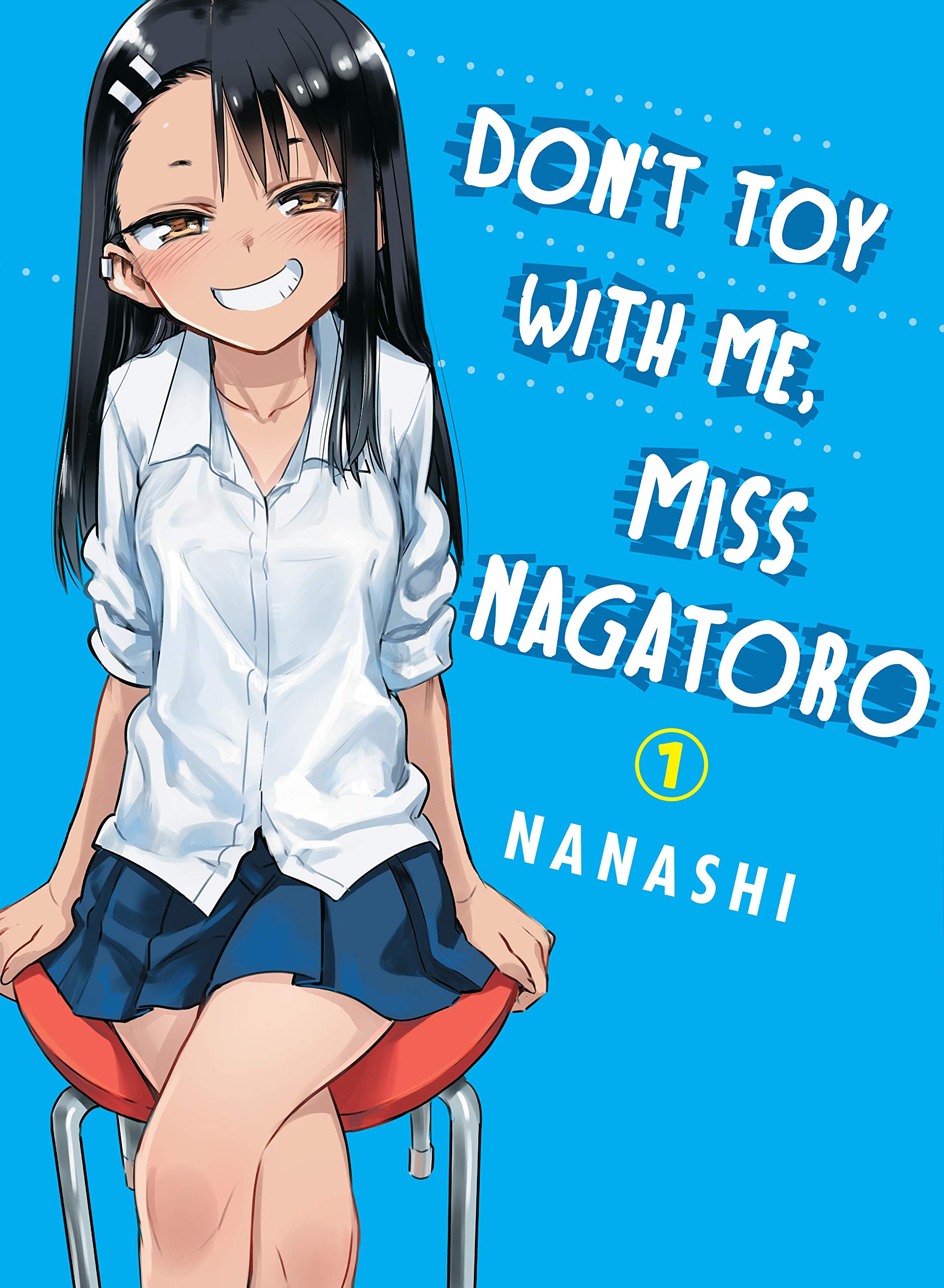 Is it strange that rom-coms revolved around teasing are some of the most fun to bear witness to? Perhaps a lot of it has to do with the whole mantra of “they tease you because they like you” that we were taught as adolescents, although most of the time it was a way to pillow certain types of bullying. But when I think of cute stories about teasing, Karakai Jozu no Takagi-san comes to mind, thanks to its endearing titular character and the fun ways she and her crush try to trick one another. However, a new mean-spirited competitor has entered the foray, in the form of Nanashi’s Don’t Toy With Me, Miss Nagatoro.

The story takes a similar premise from Takagi-san, only amplifying how far one person will go to make someone blush. Originally starting out as a pixiv web comic, Don’t Toy With Me, Miss Nagatoro has the titular character interacting with a shy introverted student. Her tactics can be somewhat extreme, as she makes fun of his hobbies and tactics. From nitpicking his manga to posing for him in the art room, Nagatoro finds many ways to make her senior break out in a sweat. As one can imagine, her reasons for acting this way deal with what her heart wants. 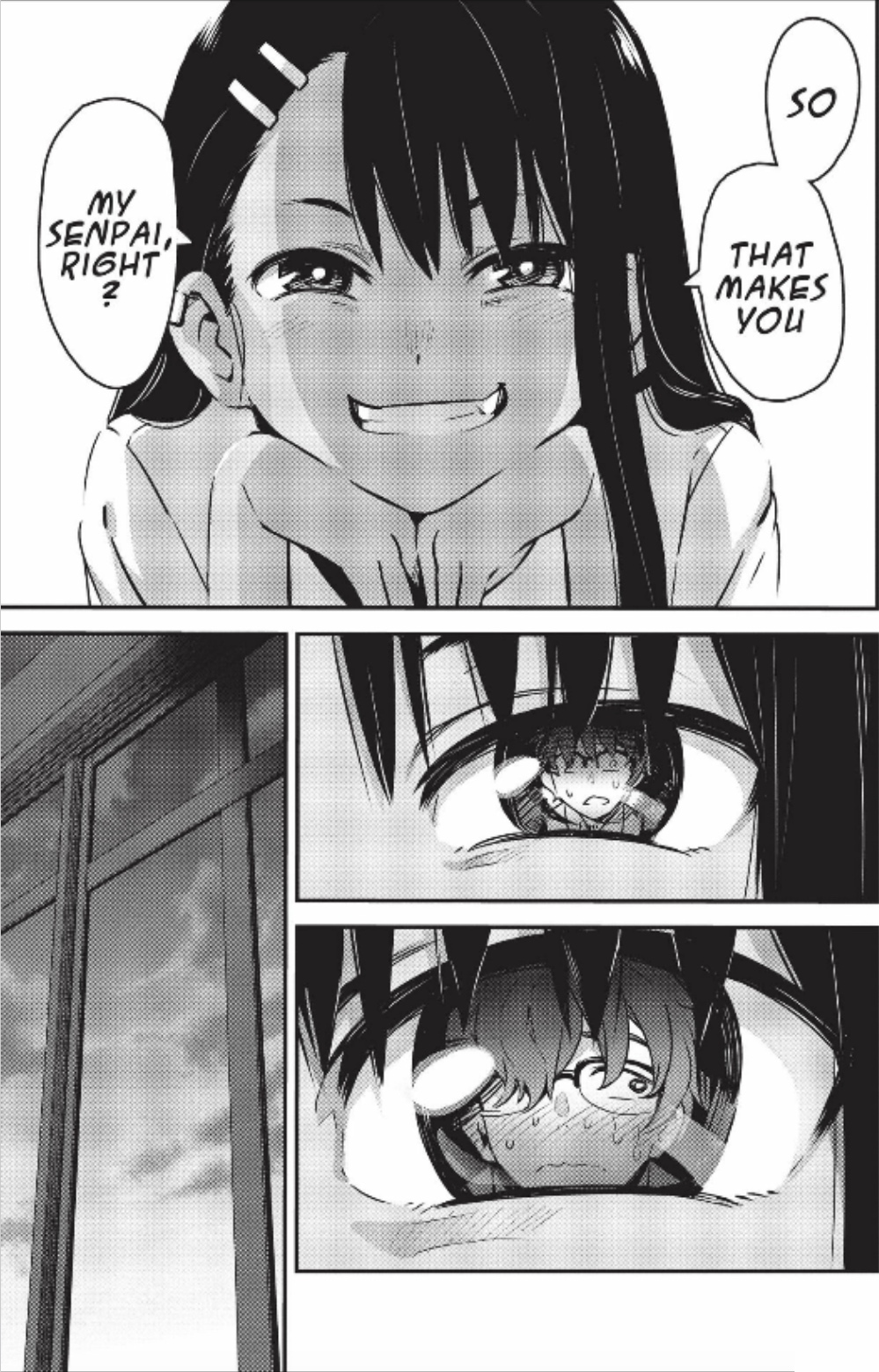 It’s very evident right from the get-go that Nagatoro isn’t that bad of a person. While her teasing antics can go a little overboard at times, there are hints of sweetness that are sprinkled throughout her actions. Things like a rewarding peck on the cheek and some chaotic hand-holding at a school sink reveal her true intentions, with her blushing redder than the Senpai that she’s been poking fun of. Those moments unravel a level of cuteness that makes Nagatoro a very likable character.

Thankfully, even if that part wasn’t revealed to the reader just yet, it helps that Don’t Toy With Me, Miss Nagatoro is one snicker-inducing moment after another. Nanashi isn’t afraid to get a little naughty with their characters, with scenarios revolving around Nagatoro trying to take a vampiric bite out of Senpai’s neck or posing lewdly for one of his paintings delivering big laughs. A bonus comic involving our titular character calling Senpai while in the bath demonstrates a great balance of naughty and innocent reactions, with both sides this time being unintentionally had by one another. (Even the little comic on the back cover had me laughing out loud!) 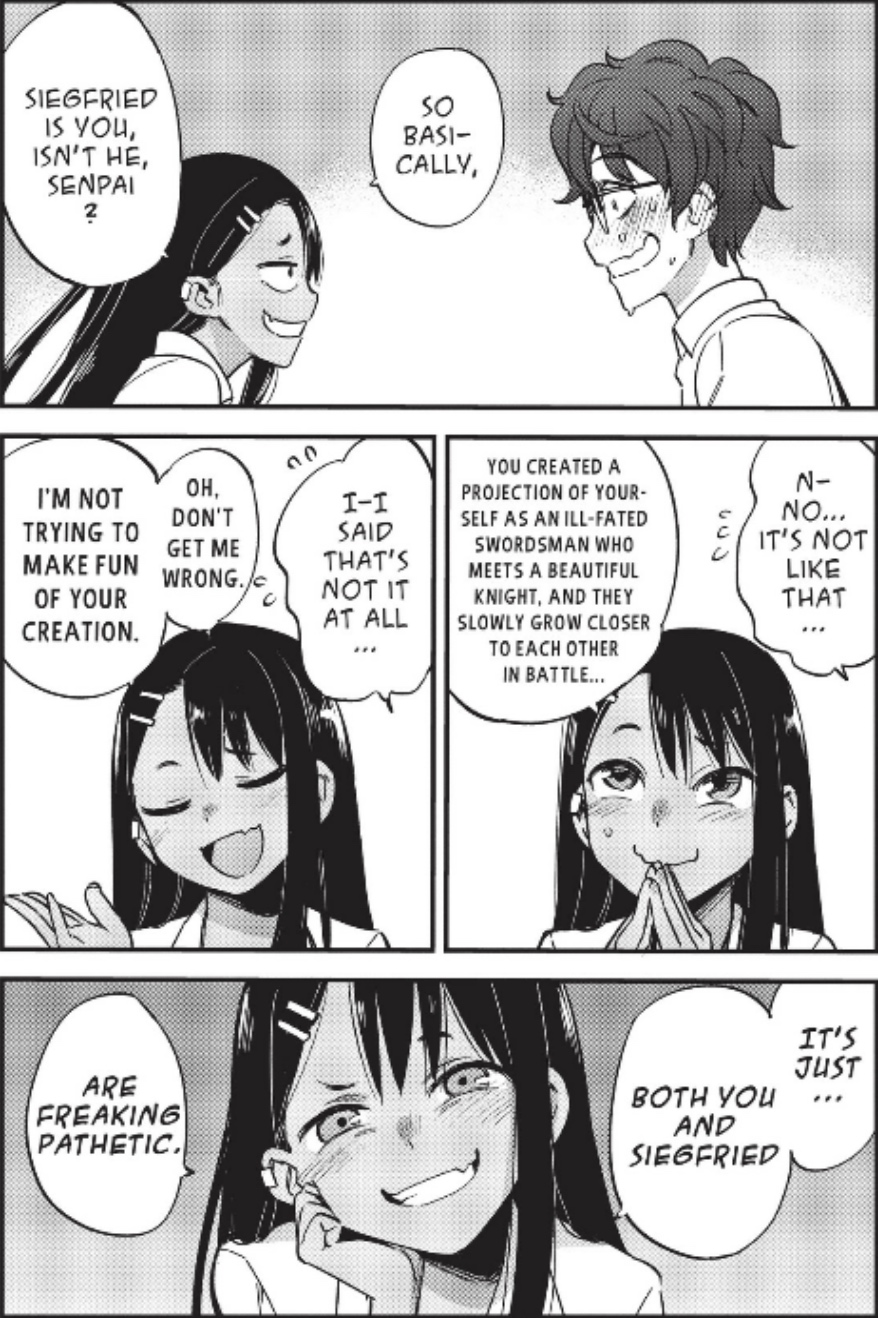 Don’t Toy With Me, Miss Nagatoro is adorably hilarious, with its first volume setting up a great dynamic between Senpai and his cute teaser. It takes a bit for the curtain to unveil the real truth behind our main’s purpose, so its somewhat nasty tone may turn off some readers. With that being said, once the heart of this story is on full display, it’s tough not to fall in love with the hilarity and sprinkled sweetness that Don’t Toy With Me, Miss Nagatoro has to offer.