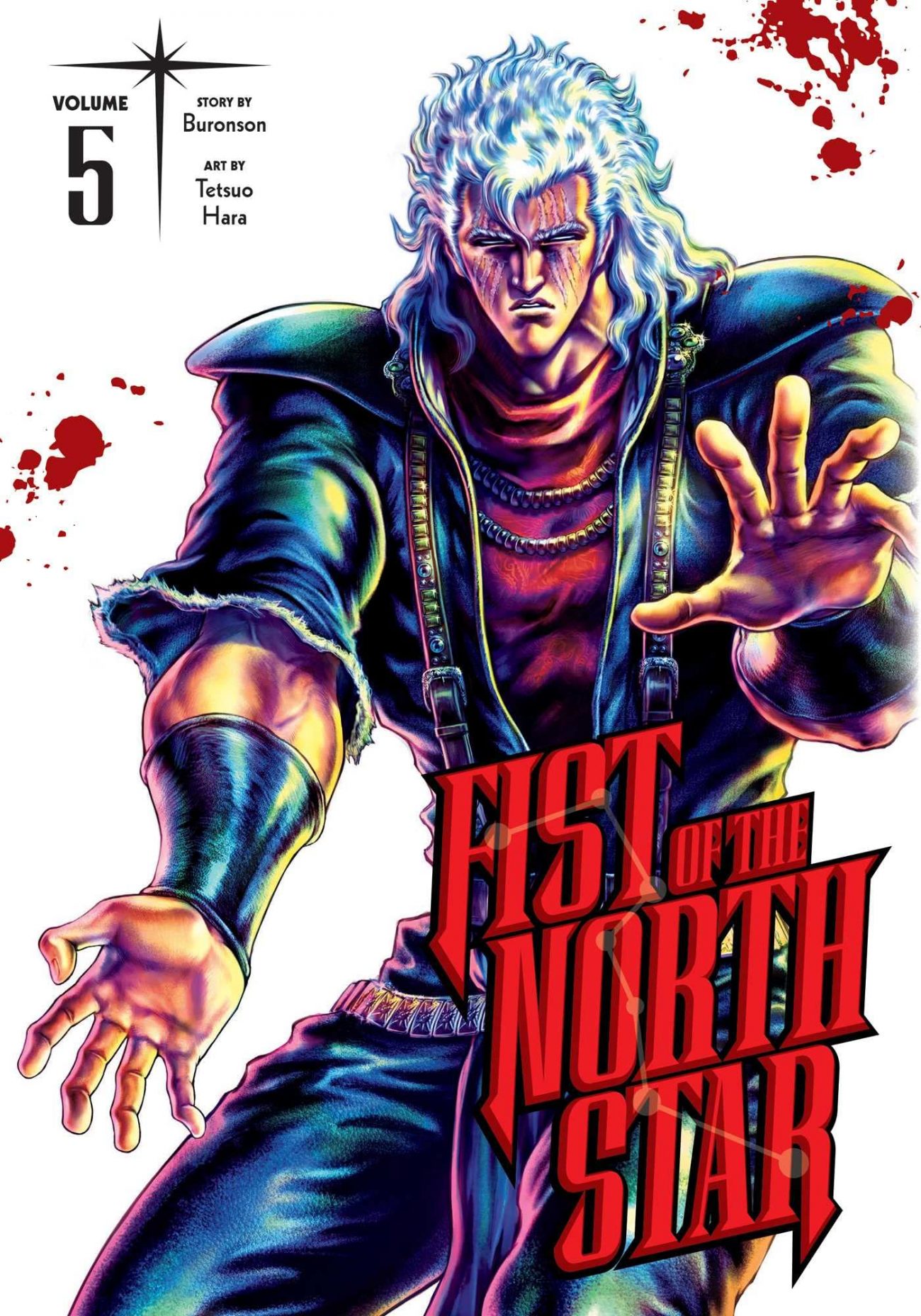 I’ve said it once, and I’ll say it again: Fist of the North Star is a marvel to read! For a manga that was released nearly forty years ago, the story of Kenshiro still outshines most modern-day shonen series. It leads me to wonder if shonen manga — like Japanese fashion — peaked in the eighties, as one cannot find a single flaw in Buronson and Tetsuo Hara’s tale of violent redemption! But in its fifth volume, we’ve finally found a weakness within Kenshiro himself.

Before that’s brought to light, Kenshiro still has to save his brother Toki in the fearful prison of Cassandra. Going face-to-face with the warden Uyghur, Kenshiro takes every lashing that the tough guy fishes out. As usual, with every hit Kenshiro takes, he throws it back at his enemies tenfold! It of course results in a bloody display of artful violence, with gore that’s as pretty as a rose on a summer’s day. 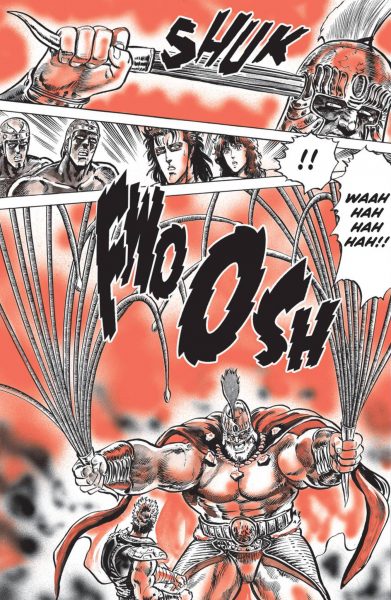 There’s no time to slow down when Toki is rescued, as the dreaded Kenoh heads to the village to lay waste to those Kenshiro has already saved. But our hero already has a plan put into place to take care of Kenoh. For you see, Kenshiro knows this villain all too well. I mean, he should, seeing as he’s actually his brother Raoh!

For the very first time in Fist of the North Star, we see Kenshiro with his back against the wall. And unlike his previous fights, this is one where he can’t get anymore dangerous than he already is. In his battle with Raoh — who won’t even get off his horse to fight — we see Kenshiro throw everything he can muster at his former comrade. Yet every time Kenshiro unleashes a mightier attack, Raoh throws one back at him that’s twice as deadly! 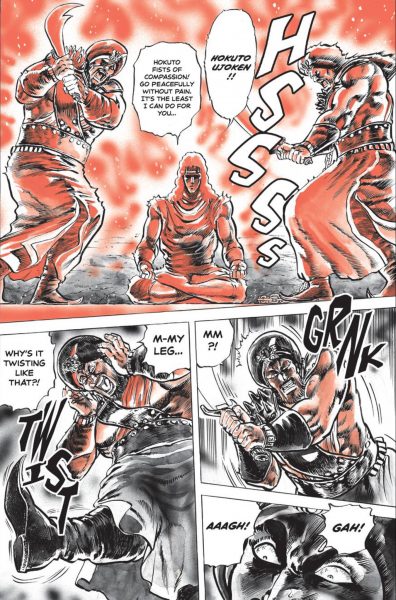 It’s a moment where we can finally see Kenshiro at his most human. Throughout Fist of the North Star, his powers and skills have made him more like a god than a man. But in his first bout with Raoh, we start to see that superhero side of him start to deteriorate. Despite him fighting one tough opponent after another (and turning them into exploding beef chunks), it was clear that there would be a situation where someone stronger than Kenshiro would arrive.

With Raoh, you have someone that’s not just tougher, but also terrifying! The way he tosses anyone literally into the fire that won’t willingly join his side, his defeat of Rei, and the all-around fear the village has for this guy is unlike anything we’ve yet seen in this manga. Raoh is more devil than man, and the fact that Kenshiro finds himself unable to take him down with ease shows that this is one fight that won’t end so simply. And if Kenshiro can’t defeat Raoh, then who can? 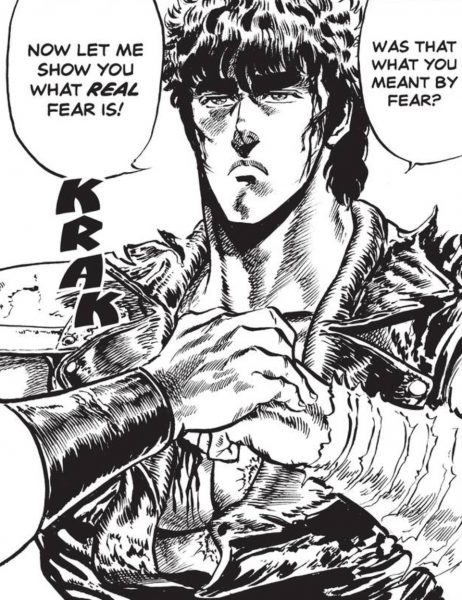 We’ll have to wait for that answer to unveil itself. Until then, Fist of the North Star keeps showcasing why it’s earned its “classic” title. From its gorgeously gruesome visuals to its badass narrative, Volume Five showcases why Kenshiro’s story still stands as one of the shonen genre’s greatest. And if you can’t agree with that statement, then you’re already dead!