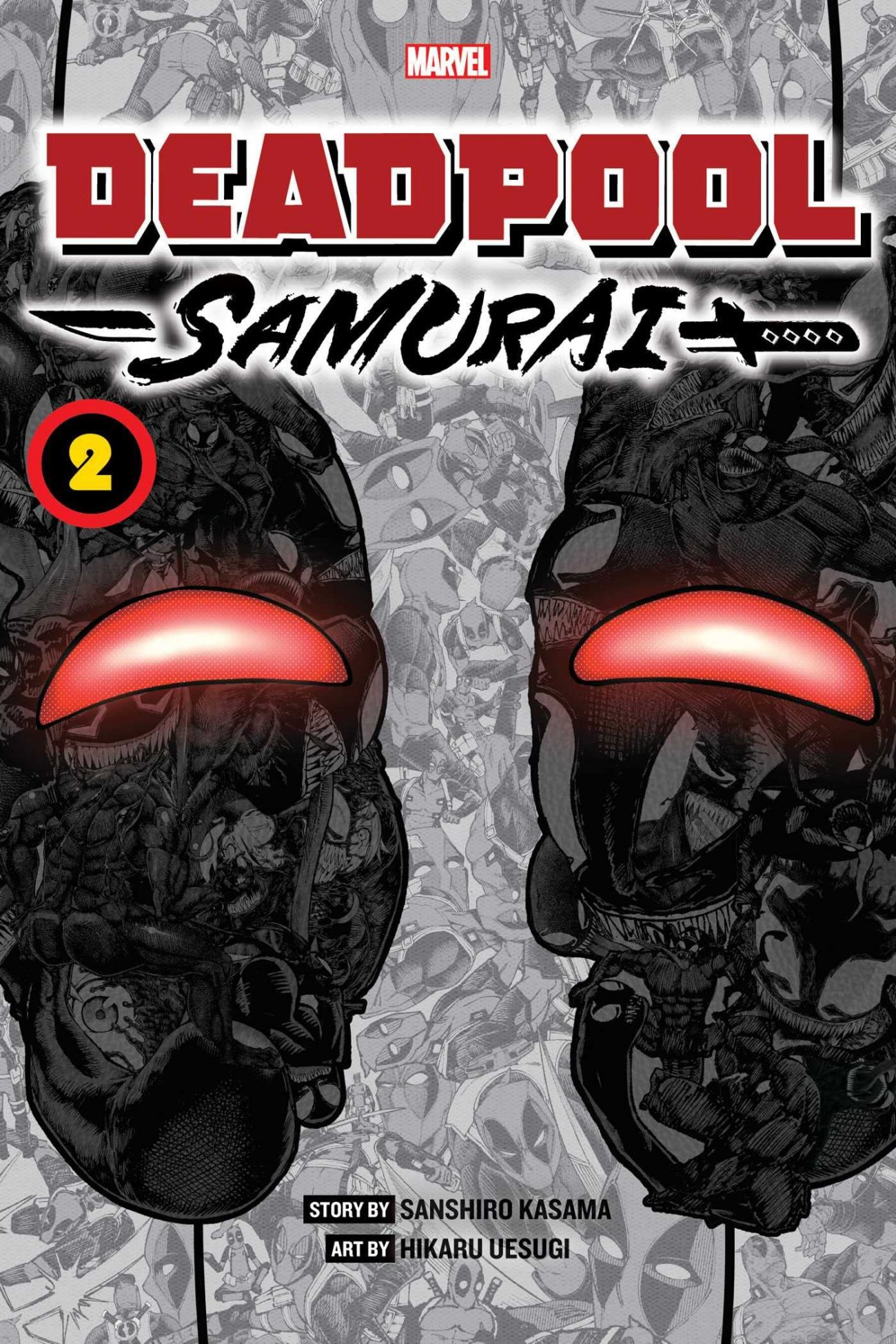 When we last left Deadpool, his journey to Japan brought him to a world of culinary cuisines. While working on his new chimichanga, the Merc with a Mouth found himself stuck in the ultimate shokugeki battle. Fortunately, the key ingredient for the food fight was something that would help Wade Wilson score the ultimate victory! As the celebration commenced, an opportunity of a lifetime to train with the ultimate sushi chef puts him face-to-face with his greatest rival: Yukihira Soma!

…wait, that’s not what happens. Who the hell wrote this?!

Okay, let’s get back on track with Deadpool: Samurai, whose second volume is unfortunately its last. Deadpool, Sakura Spider, and Neiro are dealing with Loki’s thirst to destroy all of Japan. That’s when the trickster sends a fiend known to destroy half of humanity with a snap of his fingers: Thanos! The good news: it’s merely a clone; the bad news: he’s still pretty damn strong! 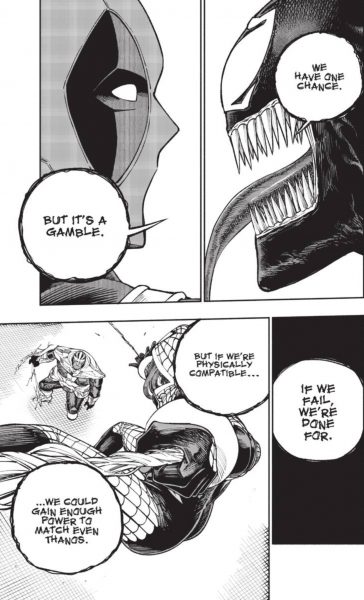 The battle wages on, as Deadpool swears to avenge the lives of the cast of To Love-Ru and other Shonen Jump series Thanos has destroyed. When Neiro is knocked out, the symbiotic Kage bonds with Wade to take the baddie out. But when that doesn’t work, Deadpool pulls an ace from his sleeve. His name is All Might, and his Smashes would make even the Hulk jealous!

I’ll admit that I got giddy over seeing the My Hero Academia strongman show up in Deadpool: Samurai. It’s the kind of crossover that one could only dream of, as it opens the door to many future possibilities. Could we see Class 1-A working with Xavier’s School's for Gifted Youngsters, or perhaps One-For-All will wreak havoc alongside M.O.D.O.K.? The fact that this happens at all shows that the likes of Marvel and Shonen Jump are open to doing some crazy collaborations, with the number of what-ifs being as long as Santa’s naughty list. 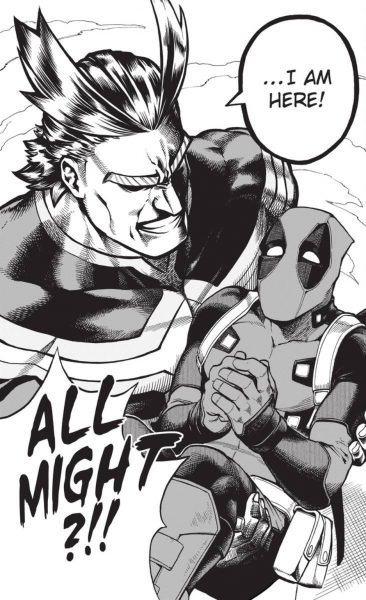 When All Might leaves, Deadpool must prepare for the final battle with Loki by himself. (The others are incapacitated in ways that are too long and funny to explain here.) Thankfully, when the Merc with a Mouth is out to fight in the name of good, others will no doubt join his side. It all leads to the ultimate battle, with Wade facing against his mightiest foe: himself!

Being Deadpool and all, almost nothing here is to be taken seriously. The fourth wall-breaking antics help to deliver one funny gag after another, in ways that’ll entertain both comic and manga aficionados. How it all wraps up is not only unpredictable, but it’s presented in a very clever manner. (Let’s just say there’s another wall Wade Wilson breaks here.)

Deadpool: Samurai is how you properly do a crossover series. It fits perfectly within the realms of both Marvel and Shonen Jump, with neither side showing their strengths in a half-assed manner. Instead, Deadpool: Samurai goes all in with the crazy, excitement, and out-of-nowhere surprises that has helped make Deadpool one of comics’ most beloved anti-heroes of all-time! Here’s hoping this won’t be the last time Wade Wilson is left to his own devices in Japan.