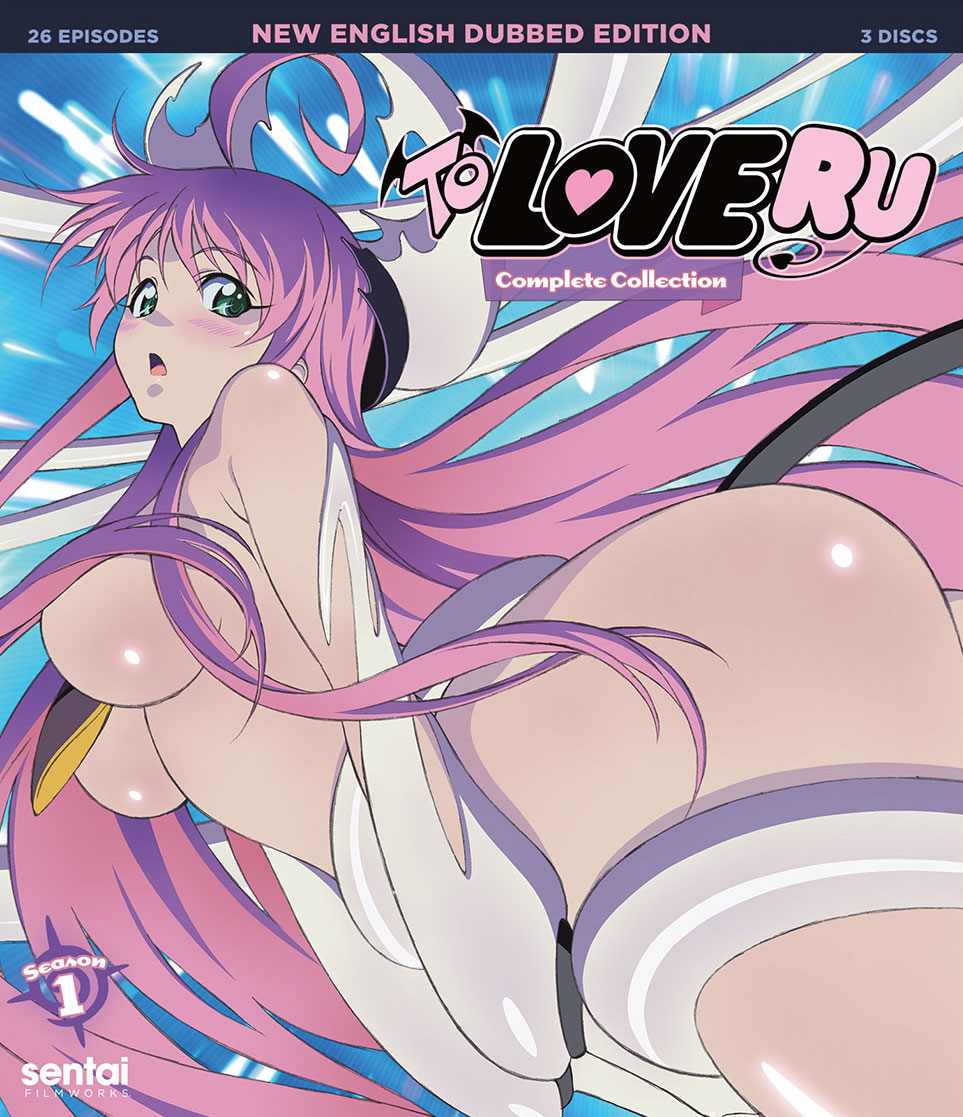 To Love-Ru first made waves in Japan back in 2008, with its wanton fan-service, cute-looking characters, and okay plot. It took a couple years to make a mark in the Western anime scene, becoming a cult classic amongst fans of the harem genre. Now twelve years laters, Sentai Filmworks is giving it the English dub treatment. But does it help with ironing out some of the script’s flaws?

Based on the manga by Saki Hasemi and Kentaro Yabuki, To Love-Ru follows the story of high schooler Rito Yuki (Ry McKeand), who has a crush on his classmate Haruna Sairenji (Bryn Apprill). His plans for confessing his love go down the drain when an alien girl named Lala Deviluke (Alexis Tipton) appears mid-bath. Because of the way she appears in his arms, Rito unintentionally becomes engaged to the cute invader. Now with a pink-haired alien in tow, Rito and the rest of his classmates’ lives are flipped upside-down thanks to aliens, inventions, and loads of wardrobe malfunctions. 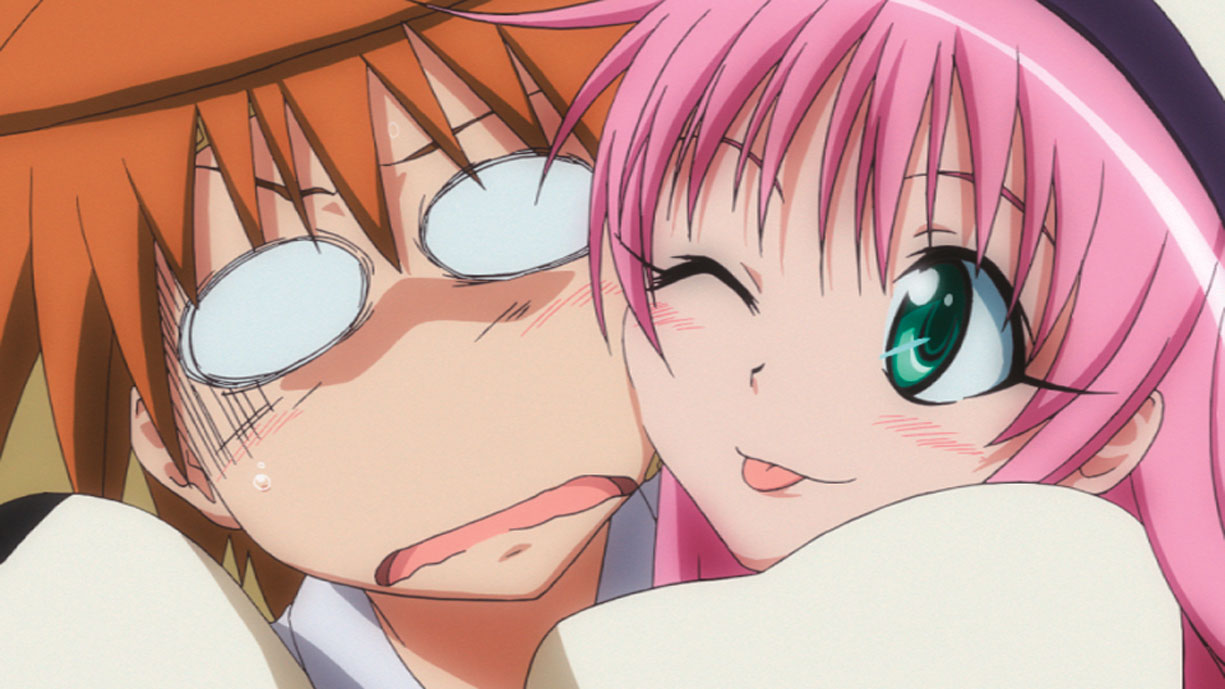 One of the big flaws of To Love-Ru is that its narrative runs out of steam midway through. Even with the addition of characters like the assassin Golden Darkness (Katelyn Barr), intergalactic school nurse Ryouko Mikado (Marissa Lenti), and bodyguard Zastin (Scott Gibbs), the show spends a lot of time stretching out the progress of Rito’s quest to find his one true love. Of course, being a harem, it’s natural to keep on chucking one cute girl after another into the mix, so it’s an issue that’s not exclusive to this series.

Thankfully, there are some saving graces to the series that keep it entertaining. From Lala’s wacky inventions to Rito’s wrong place/wrong time bad luck, these moments deliver some good laughs throughout its 26-episode run. Sometimes the better episodes take the spotlight off of Rito and Lala, such as Golden Darkness’s job hunt for assassin gigs or even best friend Kenichi Saruyama (Greg Cote) stuck in a Japanese ancient folklore-based dream. The addition of Ren/Run (Greg Ayres/Christina Kelly) brings some Ranma ½-styled wackiness to the table, with their sneezes changing the sex of the character on a whim. 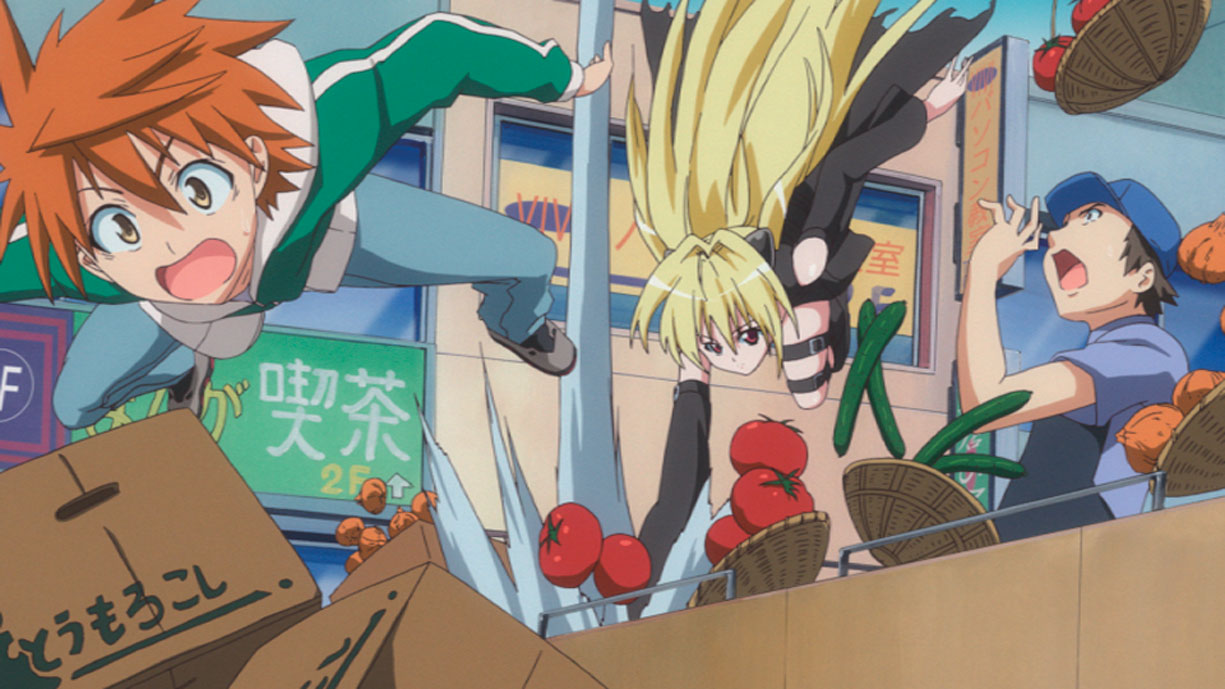 The zaniness that the first season dishes out is fun, but it lacks the reason behind the whys and hows of the narrative. Because of this, some of the episodes tend to drag. One-off alien characters like a pop idol scout and a feline assassin bring a couple of good laughs, but they do nothing to push the story along. Yes, the show’s a means of turning off your brain and enjoying what’s on the screen, but there’s a right way and wrong way to do stupid comedy. To Love-Ru sadly teeters between the right and wrong ways, giving way to a kind of humor that will make you either laugh or groan in the blink of an eye.

As a whole, Season One delivers a decent amount of fun, although some of the bits can be repeated one too many times. Rito’s constant screaming after seeing a naked lady gets old very fast, especially when he keeps seeing the same people nude constantly. It’s a big reason why Rito is one of the most annoying protagonists in the harem genre, as his repeated expressions can get frustrating seven episodes in. However, Lala’s can-do attitude, Haruna’s reason, and sister Mikan’s (Brittney Karbowski) blunt personality help to make some of these eye-rolling parts of the anime more tolerable. 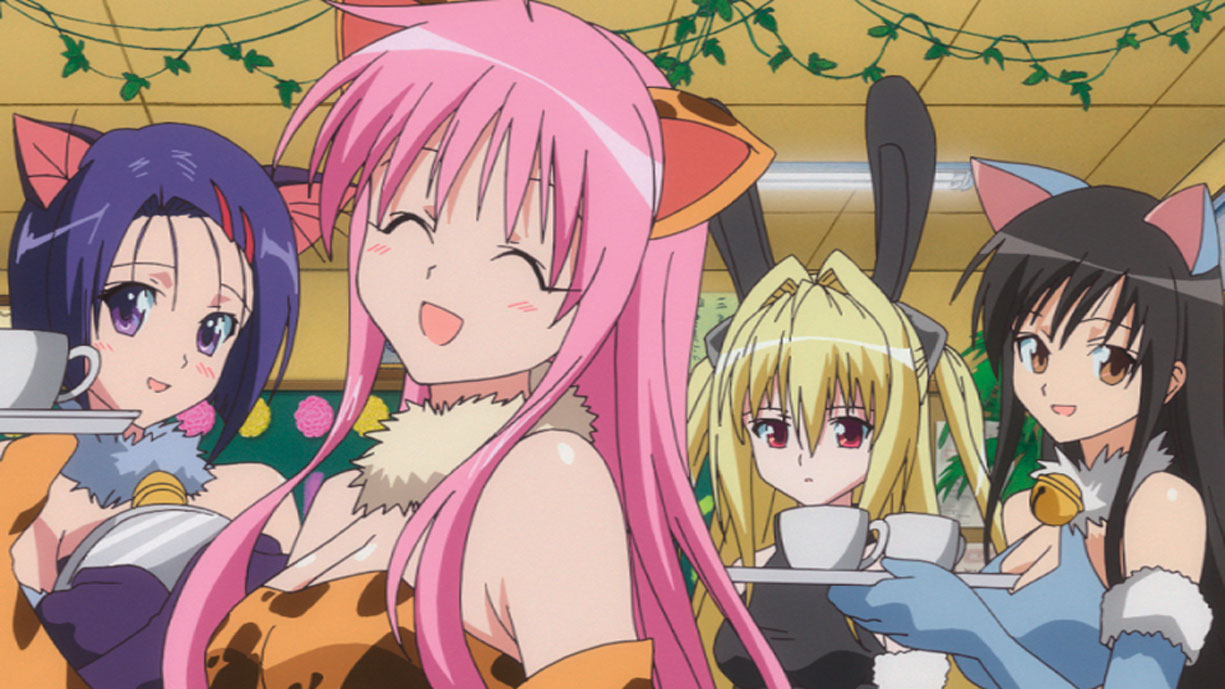 Sentai’s new English dub for To Love-Ru certainly does a far better job with bettering the good humor and cushioning the bad. Without having to over-Americanize the dialogue too much, the banter between Rito and the rest of the cast feels slightly less stiff and more lively. Its comedy can feel a little dated, like a dub from the early 2000s, but it fits with the time and setting of the series. But there are legit line deliveries in the dub that made me laugh out loud, but they can’t be spoiled here for the sake of the surprise.

Cast-wise, most of the voice actors do a good job with their portrayals. McKead’s Rito is a lot more enjoyable and humorous than Japanese actor Akeno Watanabe’s original portrayal. Tipton’s Lala balances the cute and confident personalities of the character, whereas Apprill’s Sairenji has a coy and kind vibe in her performance. Some of the better acting is saved for the secondary characters, with Ayres’s Ren going overtly manly behind a higher voice and Gibbs’s Zastin switching between masculine and effeminate for good comedic effect. 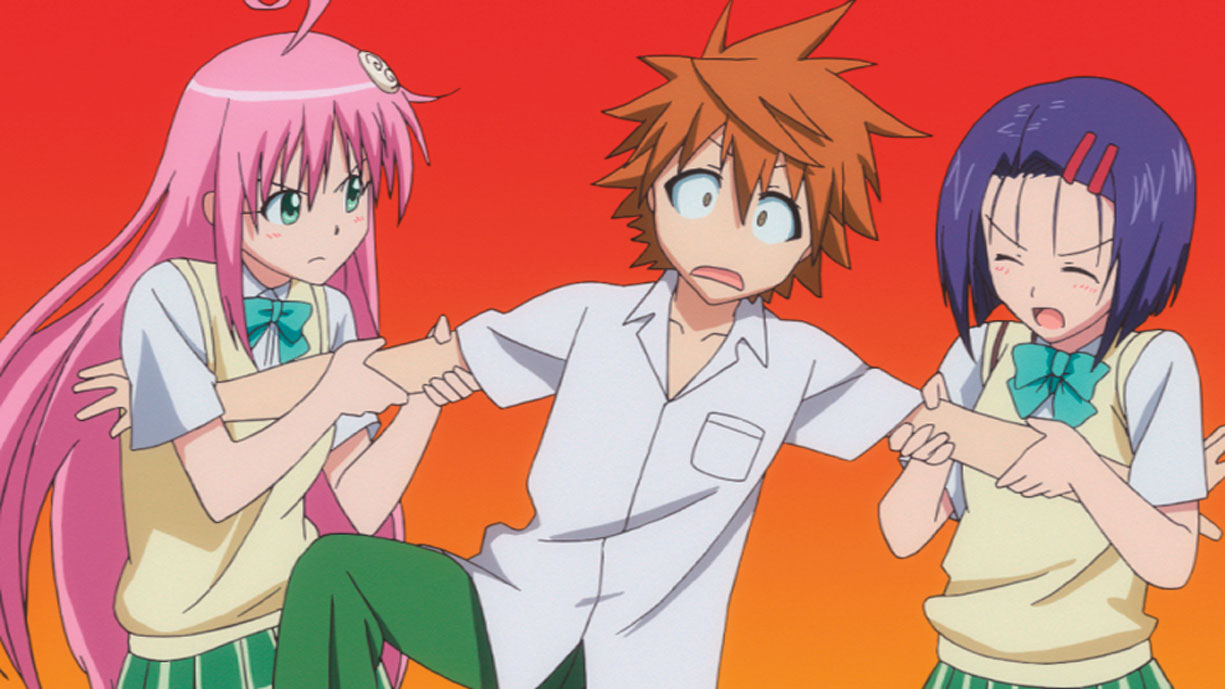 For a 2008 anime, the animation by XEBEC (Love Hina, Yuuna and the Haunted Hot Springs) hasn’t exactly aged well. Its colors can look faded, and the animation can be choppy when the scenes get overtly action-y. Perhaps the biggest surprise is how its CGI effects still look good for its time, with some of the robots and creatures rendered better than even some of the more recent computer effects from Japan. The fan-service scenes look okay, but those expecting a lot from a show claiming to be uncensored will be slightly disappointed.

Composer Takeshi Watanabe (This Ugly Yet Beautiful World) showcases some good music selections, but overall they can be overtly repeated one too many times to a subpar effect. As for the show’s theme songs, they can be a little underwhelming. THYME’s “forever we can make it” has a great melody, but the vocals sound so disinterested in their delivery. Anna’s first end theme “Lucky Tune” is cute, but it’s her second song “Kiss no Yukue” that is far more effective and memorable.

To Love-Ru has certainly aged since its 2008 air date. Some parts are still funny, other times not so much. But in the end, the first season of To Love-Ru is an all right time that’s been boosted with a very good dub. It’s worth rewatching just to hear how better the comedy is delivered in English, but those wanting more substance in their harem comedies may want to look elsewhere in Sentai’s library for something more memorable.