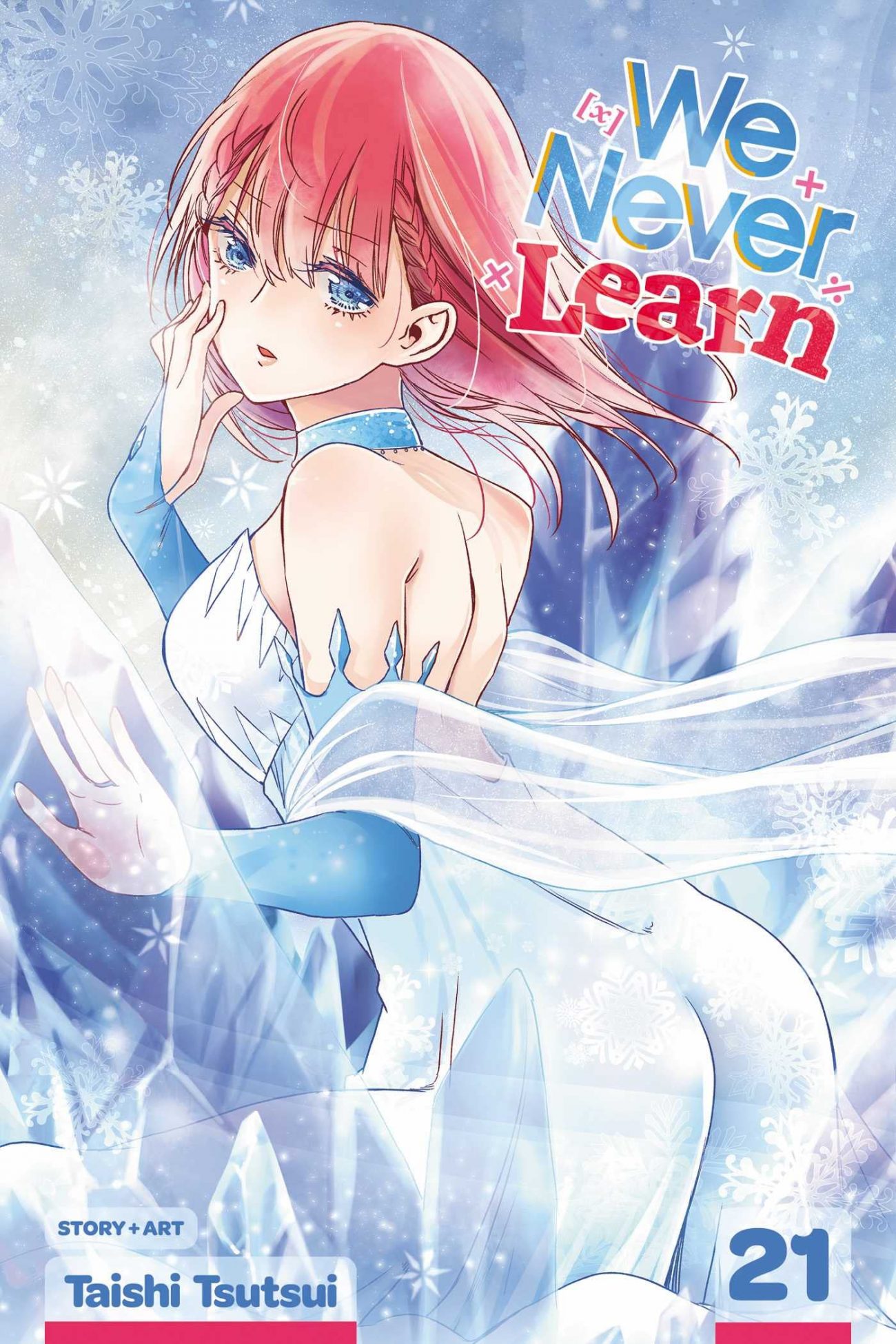 When We Never Learn first started being published in the US in 2018, I honestly thought it wasn’t anything special. Sure, it was nicely-drawn and it had some good characters, but its first volume wasn’t at all groundbreaking. But there was an idea that stuck out in its premiere volume that comes from Nariyuki’s late father: “a lot of room for improvement.” And as the series went on, that improvement kept on coming in strides.

It wasn’t always an easy road for We Never Learn. Author Taishi Tsutsui had some early issues when it came to character dialogue and storytelling. There were even instances where the anime version actually improved on some of the early chapters’ long-winded presentation. Somewhere down the line, Tsutsui started taking cues from said adaptation and focused on bettering his writing. However, it still took nine whole volumes until it released one brimming with the perfection it aimed to showcased. 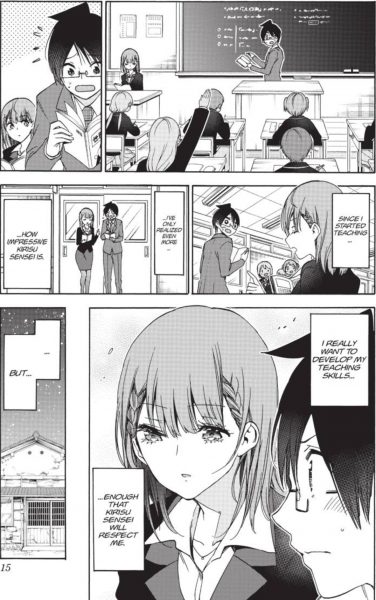 At that moment, the content in We Never Learn kept bettering itself, sometimes even one-upping its preceding volumes with its mixture of humor and heart. And then, the guessing games really started to begin over which woman would steal Nariyuki’s heart. Would it be the star-loving Fumino, or perhaps the game enthusiast Ogata? Perhaps it’d be the star swimmer Uruka, or even the senpai Asumi? Hell, even Kirisu-sensei was even seen in the running, and Tsutsui managed to make that what-if not creepy at all!

Which leads me to its final volume, with the final possibility shown in all of its glory. Here, Kirisu-sensei is the main focus, as Nariyuki finds himself now working at Ichinose Academy. On top of that, the two of them are also now neighbors, no thanks to a certain mutual friend. But as the two deal with troubled students in class and, erm, Kirisu-sensei constant clean-up problems, the two of them start becoming closer than ever before. 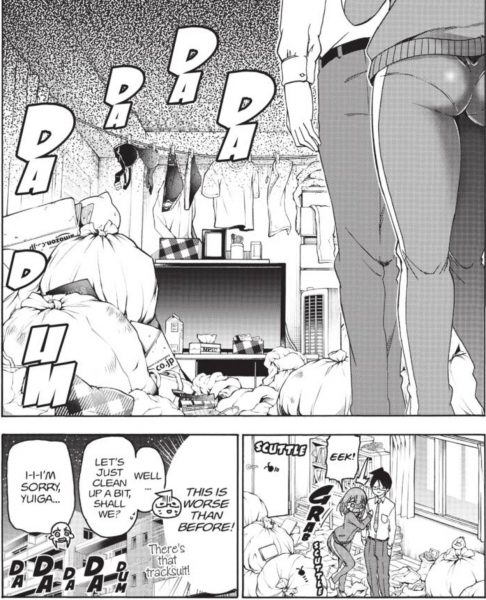 One thing that stands out is the fact that Kirisu-sensei still sees Nariyuki as her student, not a teaching colleague. It places her heart in a predicament where she can’t figure out if these feelings she has are wrong. But as we come to find out, Nariyuki himself also has feelings for Kirisu-sensei. In fact, these feelings started way before either of them truly knew one another!

What follows is a narrative that ties together not just Kirisu-sensei and Nariyuki’s philosophies, but also the ones belonging to Nariyuki’s late father. Despite him being the spirit of Nariyuki’s determination, he himself wasn’t seen as much. But his kindness, advice, and love are all showcased here in a way that’s truly endearing. Whether it’s a flashback to when Nariyuki was lost at a school festival or even at the probable wedding between the two now-colleagues, the deceased dad acts as the spirit of We Never Learn’s philosophy on life and love. 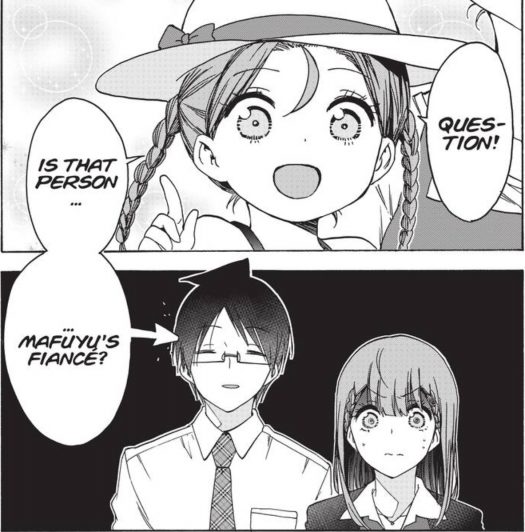 Thankfully, there’s plenty of this series’s trademark humor in its final volume. A late-night of playing dating sims, a school trip turning into an impromptu night of cuddles, and the school festival having both teachers diving into every single class activity are presented with great timing and cute visual gags. Perhaps the comedic highlight of this final volume has Kirisu-sensei having Nariyuki pretend to be her fiancé to fool her family, with the Natsumi being a hilarious brat pushing the two to actually being a couple. (As we’ve seen in Spy × Family, the young ones know far more than we give them credit for!)

The final volume concludes with one last run-around with the main cast of characters, with an ending that seems to stay true to how harem comedies usually cross the finish line. However, it’s clear that Volume Seventeen is the true conclusion of the story, something that even the anime adaptation ended with before the manga got to this point. While each of the women have their own merits as to why they deserve to be with Nariyuki, the true winner makes a lot more sense than anyone else. (I mean, she did have the most history with Nariyuki, after all!) 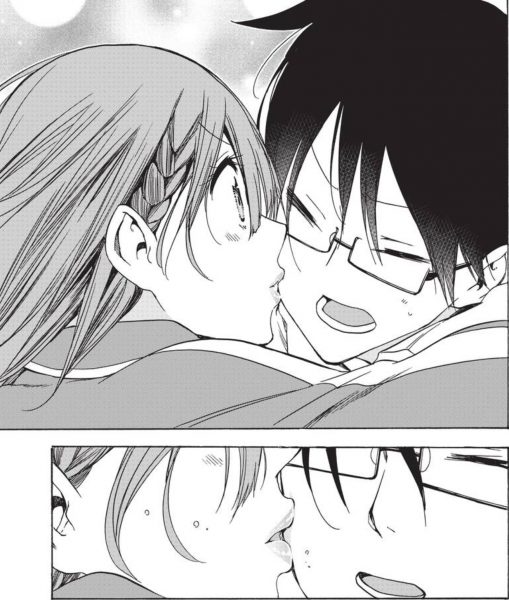 And thus, we have come to the end of We Never Learn. It took awhile to find its stride, but when it did, the series transformed into the most entertaining rom-com since Ken Akamatsu’s Love Hina. Yes, it takes a bit of grinding to get to the really good stuff, but even its early volumes had a lot of fun moments on display. We Never Learn delivered plenty of heart and silliness in almost every volume, bringing forth a cast of characters that any reader will have no trouble falling in love with.

Here’s hoping that when Taishi Tsutsui presents the world with his next work, that it captures the readers’ hearts and funny bones in the same way We Never Learn did.