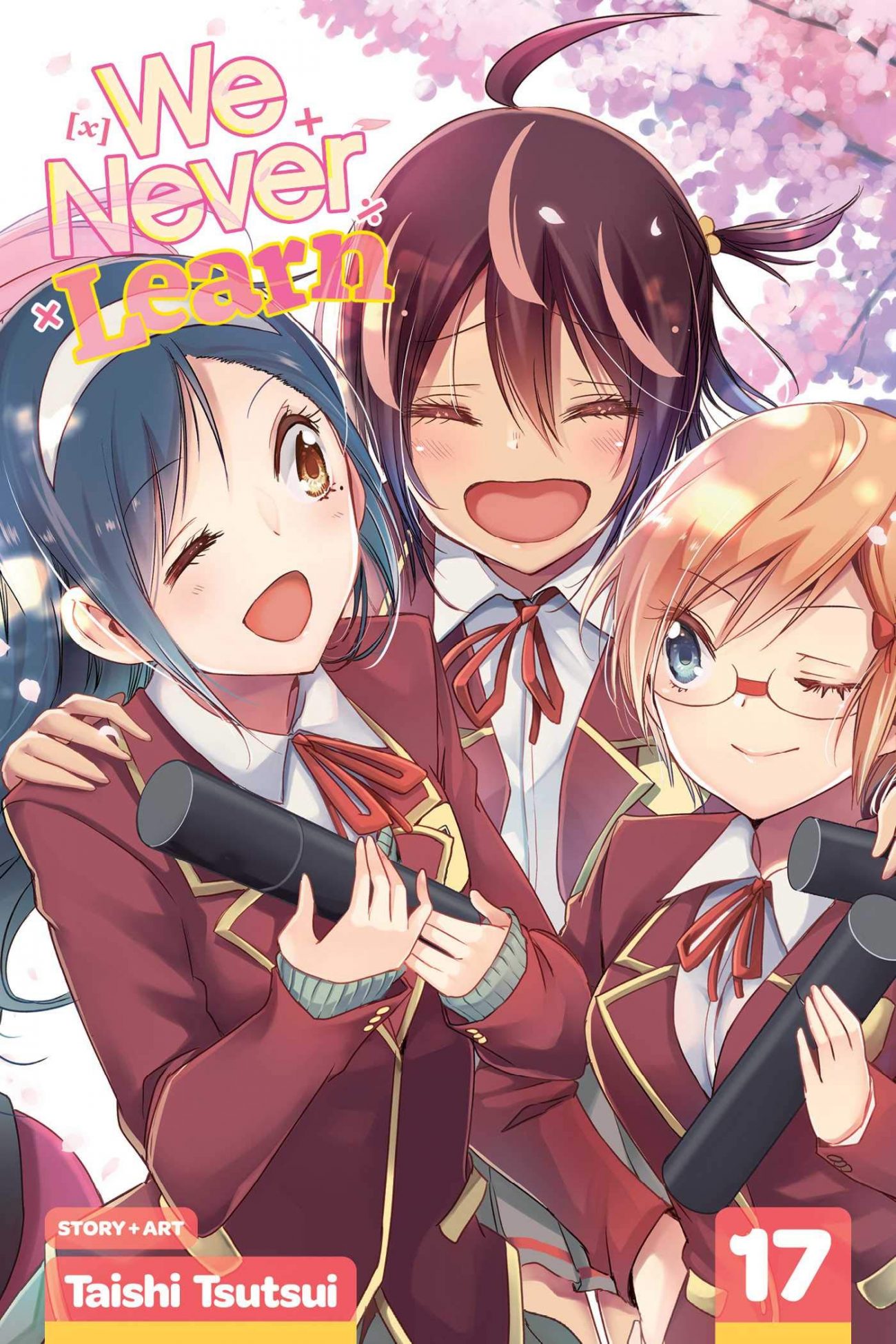 Readers of We Never Learn have been waiting for this moment to arrive. While most harem comedies go for the open-ended route, Taishi Tsutsui has given five different ways this series could end, followed by its true ending. In its seventeenth volume, We Never Learn delivers with the ending that’s feels the most appropriate: the Uruka one. After reading it, it’s hard to see how any other route can deliver with the same level of perfection.

Uruka has confessed her feelings to Nariyuki, telling him how much she has loved her for years. But a problem arises, as Uruka is leaving for Australia to study abroad. While Nariyuki battles with his emotions, he realizes that he could confess his feelings, but not without jeopardizing Uruka’s future. As such, he battles both mentally and physically to get his words out to the champion swimmer. 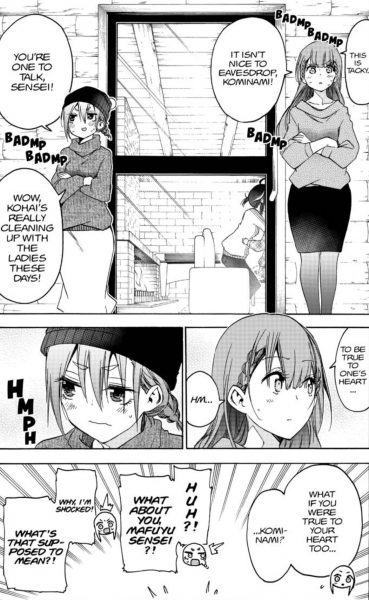 It’s not We Never Learn without some awkward comedy, which comes via a pre-graduation trip with everyone. While the other girls have their fun with Nariyuki, Uruka keeps her distance due to her recent confession. But when Nariyuki gets sick, every one tries their best to nurse him back to health. It’s this moment where Uruka, Ogata, and Fumino all realize that they have these feelings for Nariyuki, with Kirisu-Sensei and Asumi on the sidelines listening in. Even then, it’s clear who is the most deserving of Nariyuki’s heart.

When it comes to Uruka, it’s in a flashback that shows why she has been the front runner for Nariyuki’s heart. After being there for him and his sister during their roughest patch, Uruka shows the kind of lengths she would go to not just make Nariyuki smile, but also those who are close to him. It’s funny seeing Mizuki trying to out-swim Uruka, but it’s endearing seeing her rediscover the strength she lost when her father passed away. On top of that, Nariyuki finds not just his motivation to keep going, but also brings him to the path that all the girls would one day cross and get the story going. 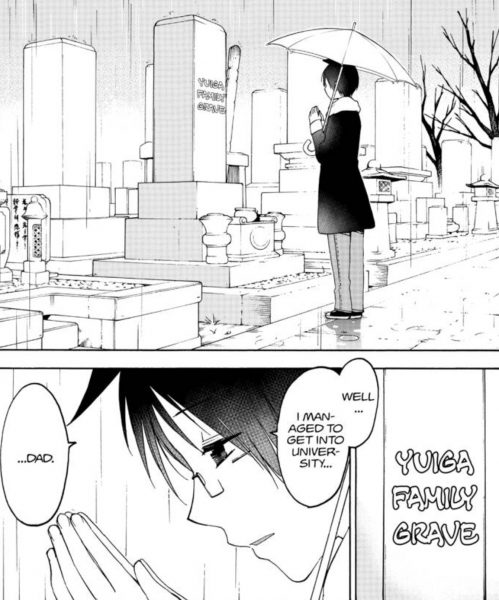 Although those “rush to the airport” story points have been done far too much, how it’s handled in We Never Learn is very sweet. The race against time, the obstacles, and the payoff feel genuine, even if it falls victim to a rom-com trope or two. But those tropes are still cute enough that they’re forgivable, especially when it leads up to the epilogue. How Uruka’s arc ends, well, I’ll let you see for yourself.

Volume Seventeen of We Never Learn gives readers the best ending. The pairing of Uruka and Nariyuki felt the most destined, especially with their back stories intertwining. Although each girl will get their own special ending, it’s going to be very tough for them to be as emotional and sweet as what we see in this volume. While I’m sure they’ll be fine, there’s no beating the onset of heart and joy that’s on display in this volume of We Never Learn! But then again, we’ve been surprised by this series before… 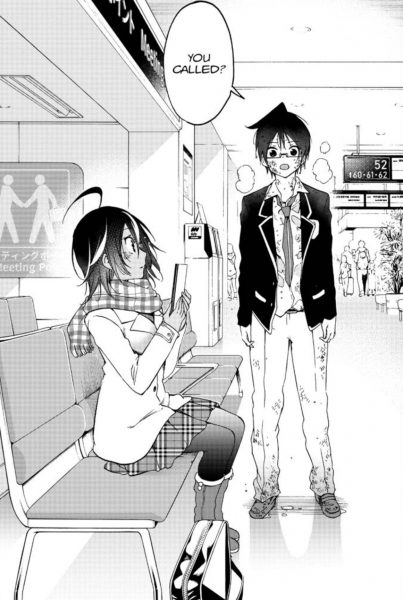