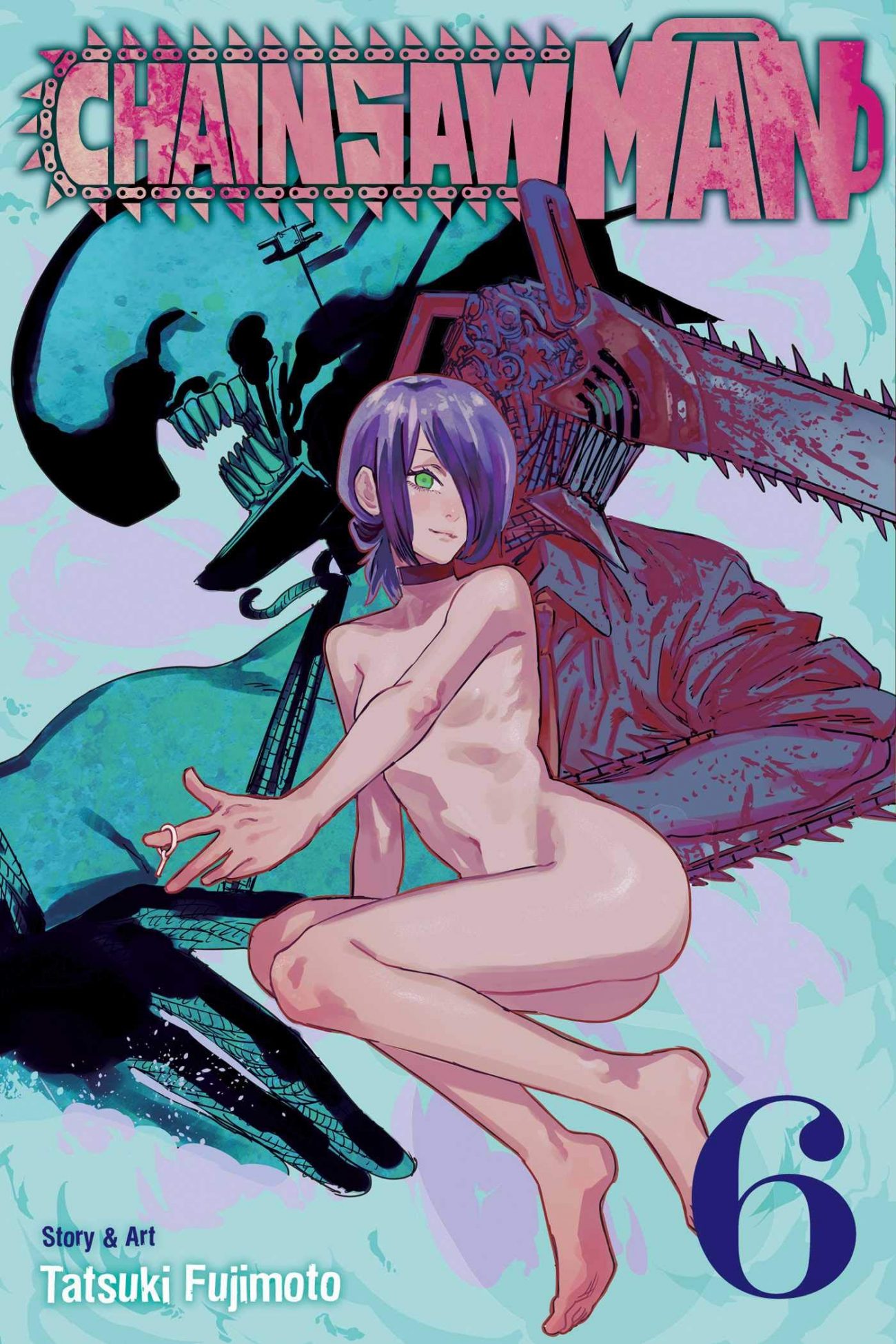 Damn you, Tatsuki Fujimoto! You just had to go and break Denji’s good boy heart! He wants love, and every time he looks to get it, it winds up blowing up in his face! But this time, that explosion is quite literal, as evident in Volume Six of Chainsaw Man!

Denji and Reze share a kiss in front of the fireworks, only for said kiss to lead to chaos. Reze bites off Denji’s tongue, and then shows her true nature by demanding his heart. Shark boy Beam comes in for the save, but the fight is only just beginning. With a pull of a pin by her neck, Reze transforms into a bombastic foe, using explosions to take down any member of Public Safety that stands in her way of keeping Denji from her. 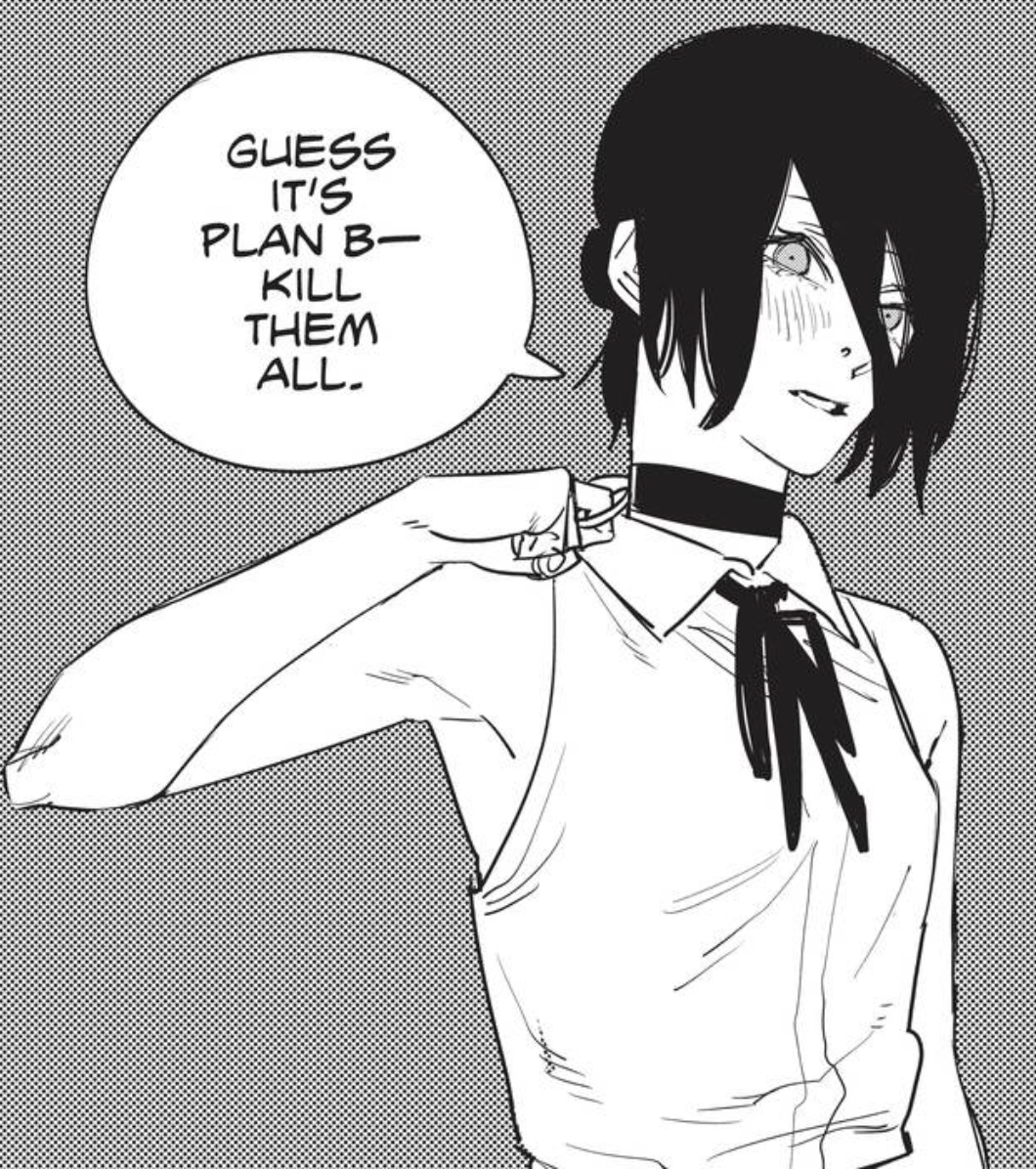 The battle to keep Denji from Reze’s clutches is a parade of violence, mayhem, and unnecessary nudity. I know I keep comparing Chainsaw Man to a Troma film, but this is the first time where Fujimoto goes full Lloyd Kaufman with his story & visuals. Said premise is simple here in this volume: Reze wants Denji, and Denji just doesn’t want to die. Again.

What follows is a fight that piles up the body count. Aki, Beam, and even Angel Devil do everything they can to keep Denji away from Reze, as he tries to get his full form back. Once Denji can turn into Chainsaw Man, the brutality of the fight quadruples! On top of that, Chainsaw Man deals with the realization that may just be the most sad thing about this hero: every woman Denji has loved has wanted him dead! (Well, except for good girl Makima. For now, at least.) 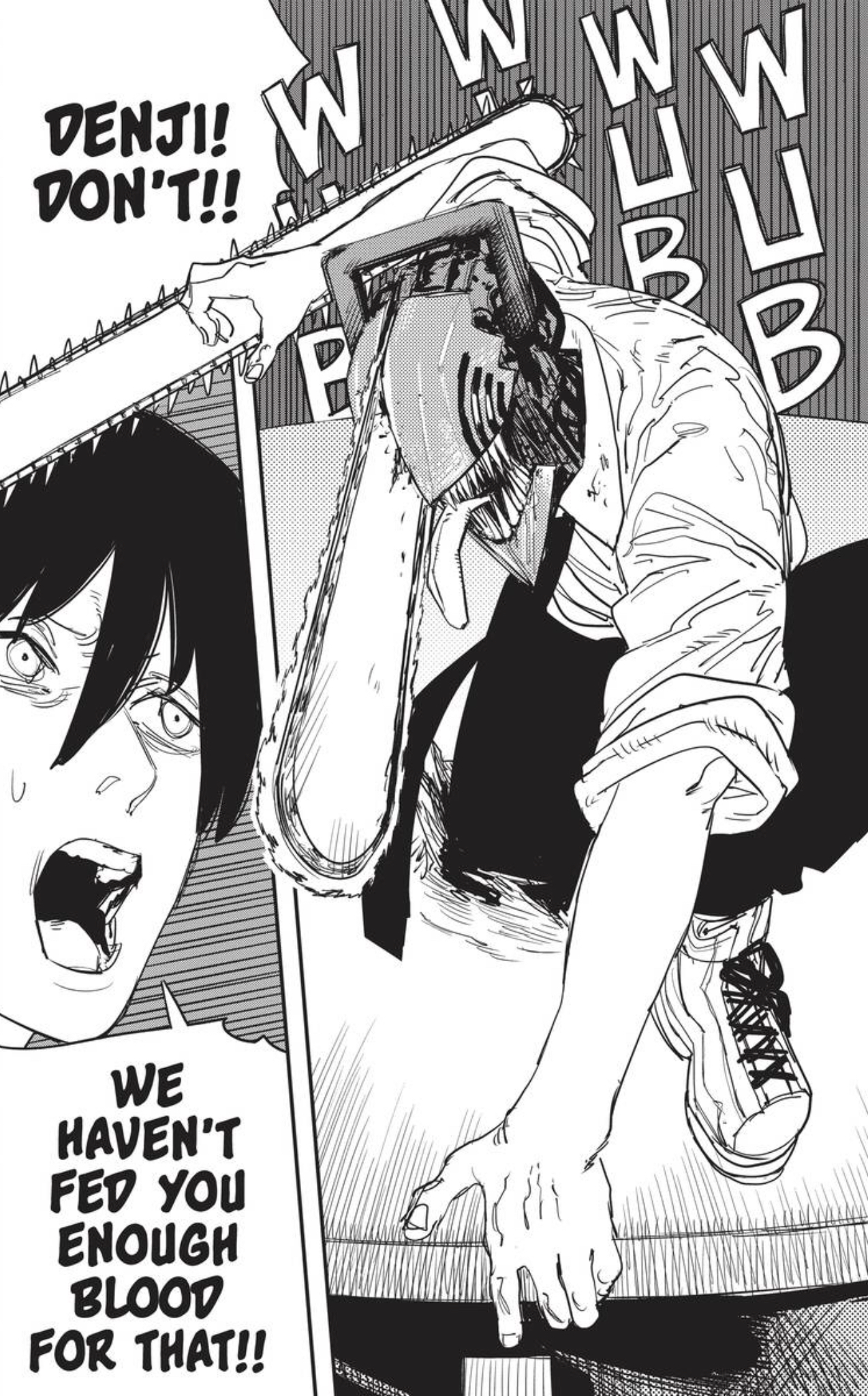 It’s the aftermath of the fight where we see just what kind of person Denji is. Even as Reze is attempting to put an end to Chainsaw Man, the poor bloke just doesn’t have it in him to end her life. After all, it’s hard to kill the person who gives you that doki-doki feeling. Sadly, as it would seem like Reze would walk into the sunset towards a probable cool spinoff manga…well, I don’t want to have to break your hearts, dear readers, so I suggest seeing it for yourself.

Fujimoto’s art style is at top peak in these chapters. The severed appendages, the gore, and even the maneuvers of Reze and her means of exploding are showcased with grindhouse-styled glee. There are a couple of rough edges towards the end, but it all does a great job presenting the brutality and disturbing sights that come with fighting devils. Its climax even reaches Akira-levels of details, with a certain ally of Reze’s having a very Tetsuo-like power that both grotesque and a sight to behold. 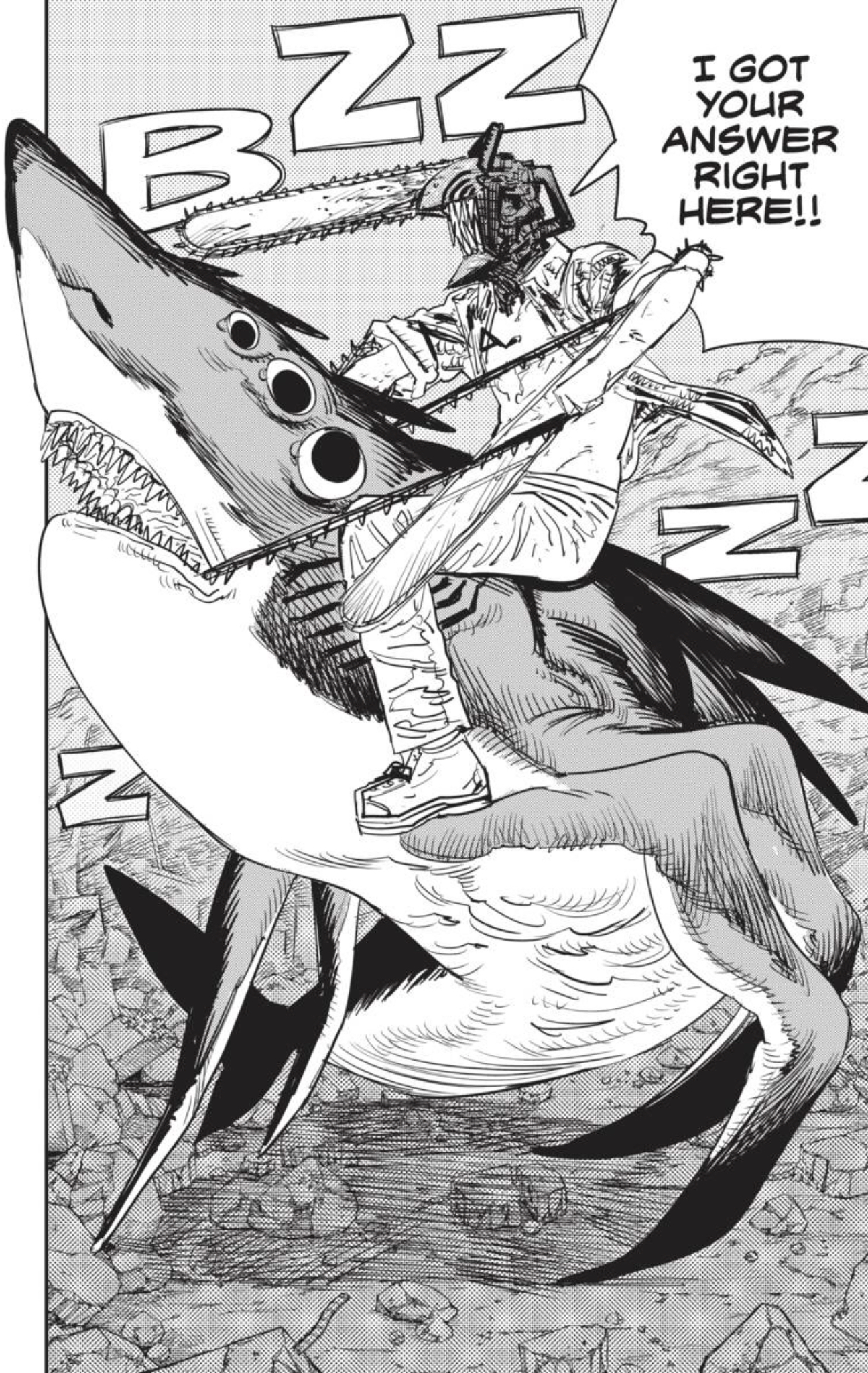 Chainsaw Man’s sixth volume is a beautiful display of gore and heartache. Yes, we all come to this series for the violence, which is practically perfect here in these latest chapters. But for the love of God, Fujimoto, if Denji can’t win the Nobel Prize, then at least let that good boy win at love! Is that so much to ask?!

GAME REVIEW | Taste the Rainbow in...