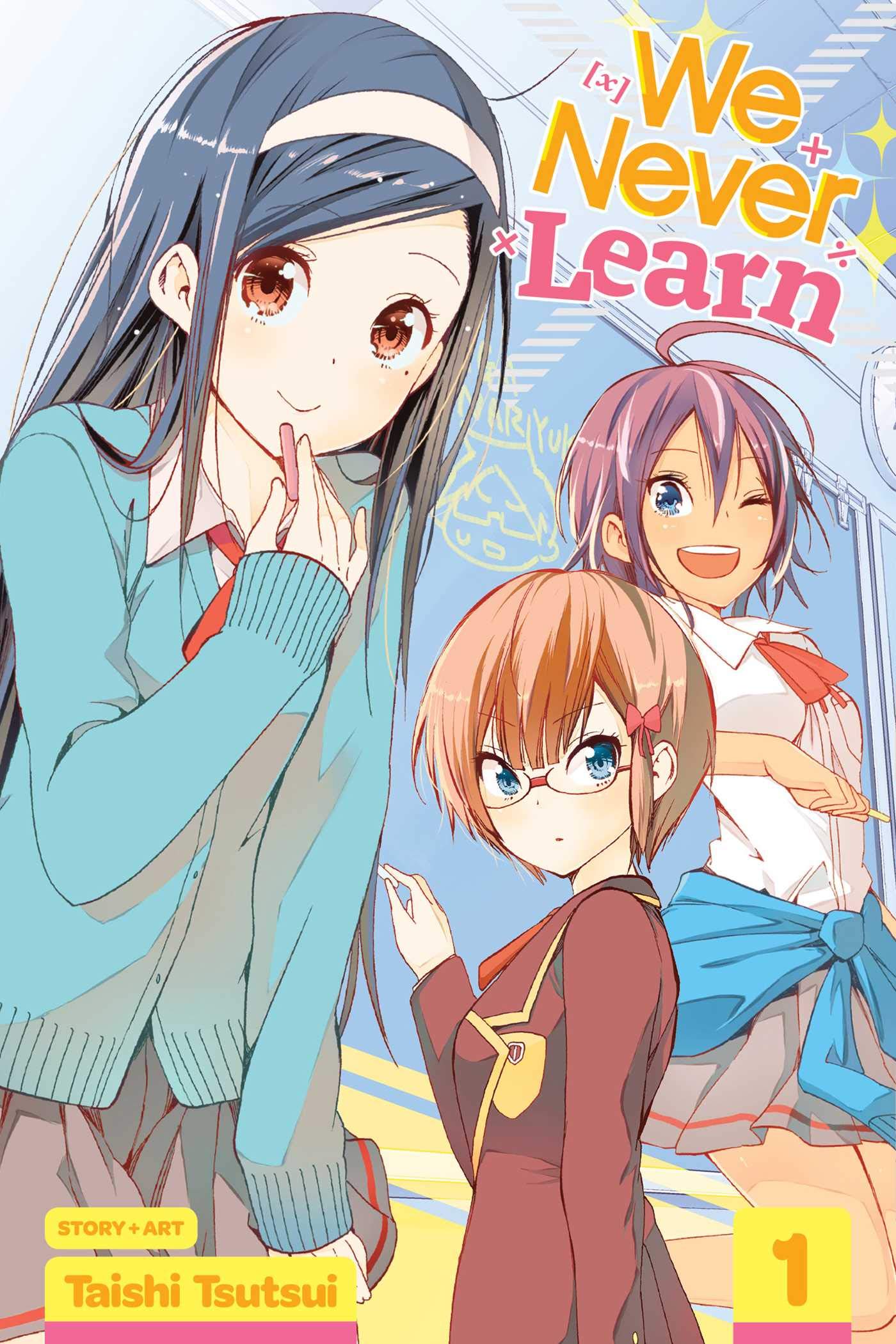 Studying can be tough. In my experiences, I often found myself needing a good record to play in the background in order to retain all sorts of information. However, not everyone is that lucky to discover a surefire way to pass a test in a subject they're struggling in, even if they're geniuses in other forms of knowledge. Such a situation is apparent for student Nariyuki Yuiga, the protagonist of the new manga series We Never Learn.

An intelligent student living in impoverished circumstances, Yuiga aims to earn a VIP recommendation to get a free ride to any college he desires. During a school interview, the principal informs Yuiga that he will be getting that award, much to his delight. However, it comes with a price: he must tutor a couple of students in the subjects they're struggling in and help them get into the universities of their choosing. Rizu is a brainiac at science, but she wishes to study liberal arts; Fumino is a master at literature, but is terrible at math. Then there is Takemoto, who basically sucks at everything except for sports. 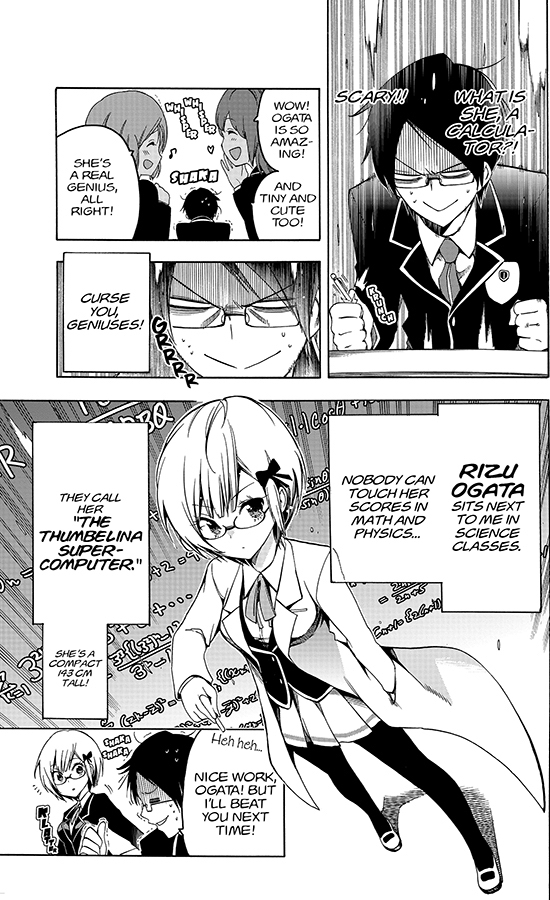 Thus the burden of helping these three students falls onto Yuiga, who finds that even the smartest of people can be dumb in certain circumstances. The struggles of paying attention and retaining information go deep in the red zone for these ladies, as poor Yuiga tries his darnedest to help raise their scores. Fortunately he has the knack to do such a thing, even if their grades raise only by a singular point each time. With a strong push towards a can-do attitude, Fumino, Rizu, and Takemoto do their best to become smarter in the fields of their biggest desires.

What We Never Learn does well is its means of character development. Yuiga could've easily been written as a book-smart snob, but writer/artist Taishi Tsutsui gives him a lot more dimensions. He has his reasons for wanting to be the best in school, and seeing him work hard for the sake of his family is actually noble in many ways. He's charming, understanding, and -- above all -- very human with his way of reaction to the more frustrating things in life. 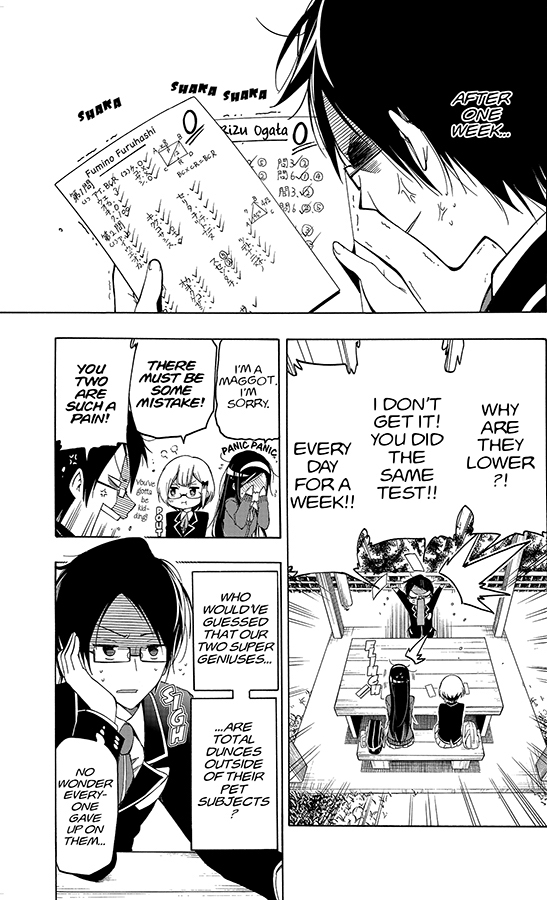 The same can be said about the students he's tutoring. Takemoto is easily a sports nut, but she showcases a will to jump any hurdle she needs in order to succeed. (How Yuiga teaches her to retain English is surprisingly clever, as he has her use her greatest strengths to overcome her biggest weakness.) Fumino is portrayed more as a savant in literature than a genius, giving way to her more clumsy personality and ditzy attitude. Rizu often comes off as your run-of-the-mill tsundere when in science mode, but I do feel like Tsutsui is doing a fair job with peeling back the layers of her true nature as the story progresses.

However, We Never Learn does tend to suffer from "Been There, Done That" Syndrome. We've already seen stories about smart students helping their dumb classmates overcome obstacles, and the multitude of jealousy gags from classmates can be a little watered down. There are even retreaded breast jokes and bratty kid humor that feels like they've been cherry-picked from other series. With that being said, because the characters are so well-rounded, these gags won't make you want to put the book down and pick up something different. 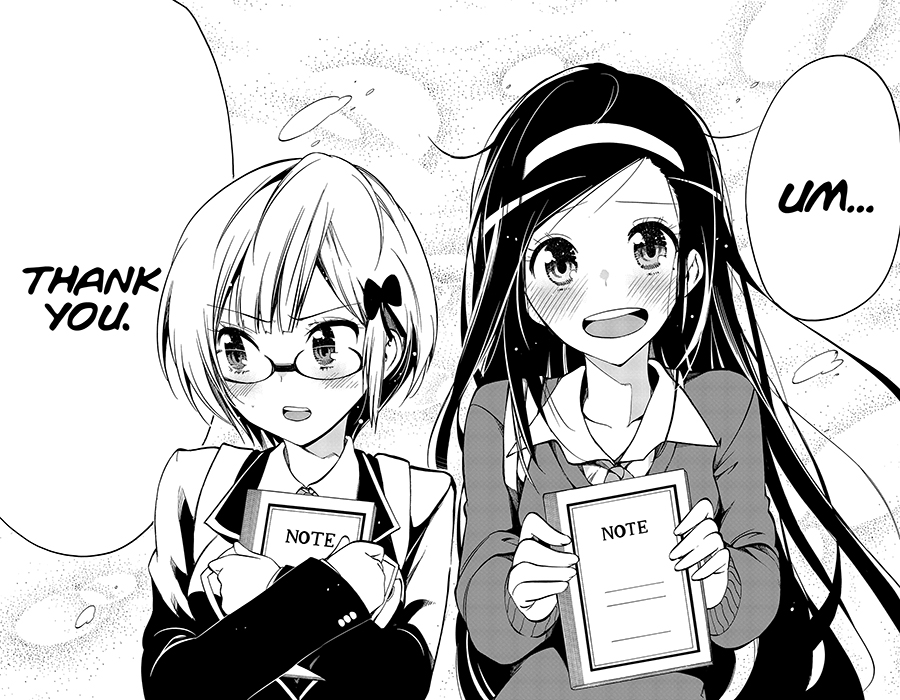 Tsutsui's art style is very nice to look at, with the cuteness of the characters being very apparent on every page. Although there are many other manga series that have a similar visual aesthetic as We Never Learn, it works for the kind of story it's telling. How characters react is captured in an adorable fashion, be it the purest of joy or the most exhausted of frustration.

The first volume of We Never Learn isn't exactly perfect, but as Yuiga's late father says, it's got "a lot of room for improvement." Fortunately it already has a good sense of humor and an understanding of its characters, meaning that it has a better chance of finding some originality in its story. Tsutsui says in the intro, "I'll be struggling to succeed right along with them!" Given how better the plot in We Never Learn gets as it goes along, said success will more than likely be achieved.