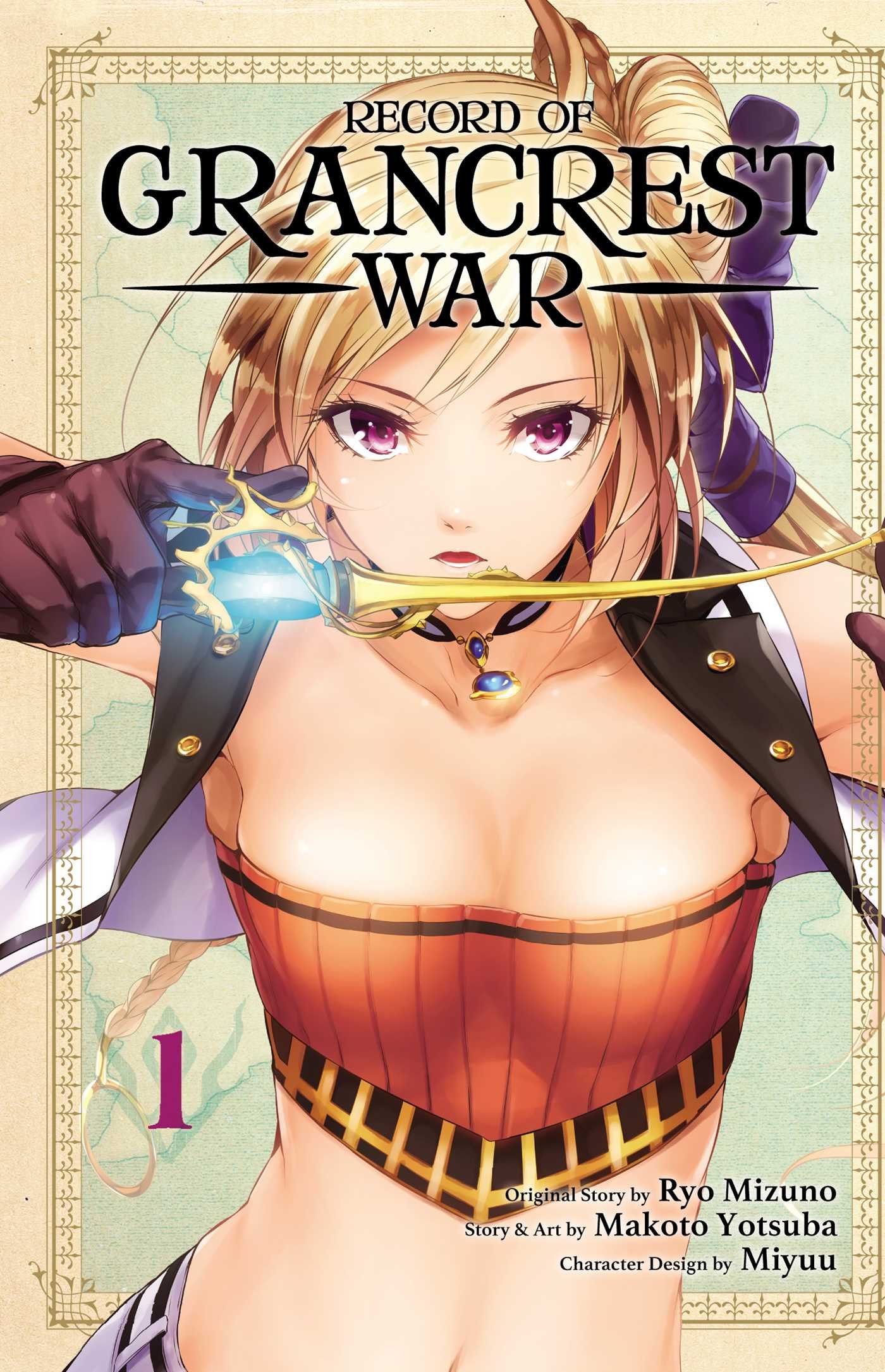 Ryo Mizuno is considered by many to be the master fantasy creator in Japan, with such series and tabletop titles as Record of Lodoss War, Starship Operators, and Sword World RPG winning the hearts and minds of many a gamer. His most recent series Record of Grancrest War alone has gathered a following, thanks to its popular light novels, tabletop book, and this past year's anime adaptation. The manga adaptation, brought to life by Makoto Yotsuba, manages to capture the magic of Mizuno's original work, albeit taking its time with the world-building aspects.

Record of Grancrest War takes place in an olden era, where Chaos controls all. A young mage named Siluca bears witness to a wedding ceremony meant to ease the Chaos and unite two factions, only for it to end in a bloody tragedy. Soon afterwards, she sets off with her comrade Irvin to enter a contact with an unlikable Earl. However, before she enters the village, the two are ransacked by Lord Mest's men. That's when the noble knight Theo enters the picture, aiding Siluca and Irvin in battle and winning their trust. After making a contract with him, Siluca and Theo seek to overthrow Mest and take over his land and people. 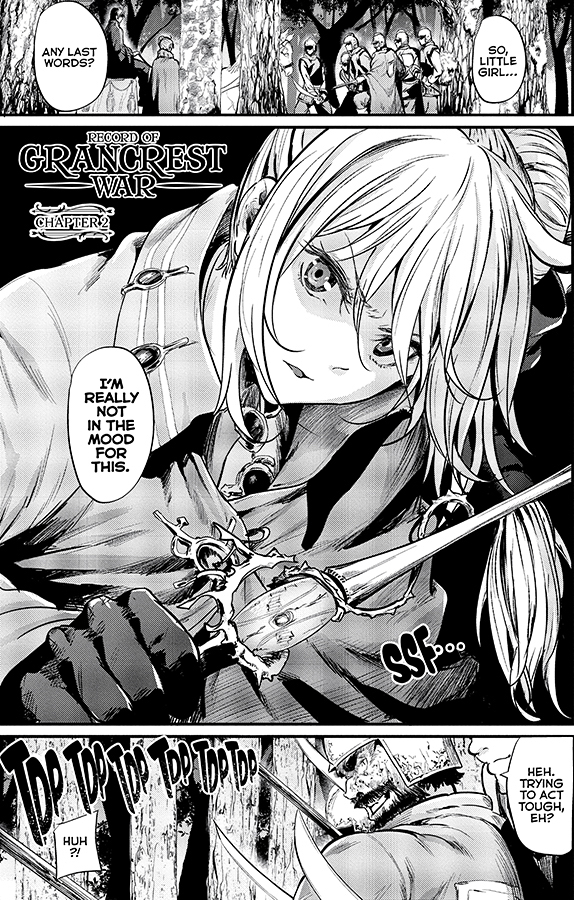 It's easy to see why Mizuno is regarded as one of Japan's best fantasy storytellers. He has a good way of pulling his readers into his world with just a few words, and this manga adaptation does a good job of doing that, as well. With its mere introduction, you know that the world of Record of Grancrest War is in a state of disarray, and the opening scene captures that in the most gruesome of ways. Fortunately, with determination from Siluca and the noble heart of Theo, the concept of hope in a darkened world comes across quite strongly.

One factor that makes this opening volume work is the framing of both Siluca and Theo. Both are presented as strong characters, but their overall personalities can be considered different. Well, to be fair, it depends on the situation at hand. In public eyes, Theo is seen are a caring and thoughtful person, with Siluca more the stoic type. It's when no one's looking when the mage lets loose and embraces a warmer personality (especially when Majesty Balgyary makes his entrance). This leads to some surprisingly good comedic moments that help cut the tension that floats in the air of this story and its world. 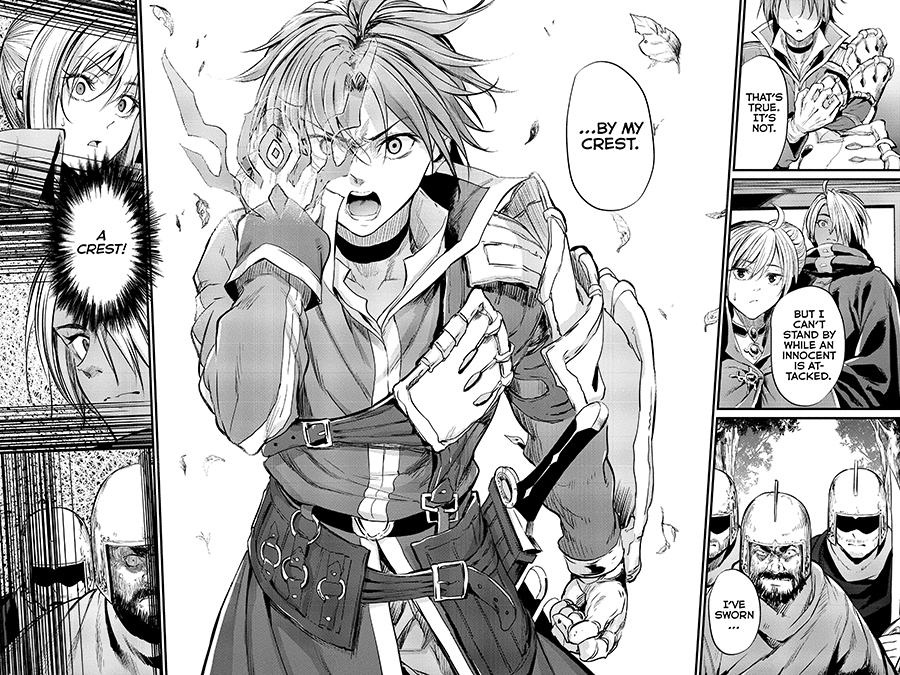 Yotsuba's art style captures the intensity of the battles at hand, be it against fellow humans or a massive demon lord. Sword fights and practice segments are presented with a fine amount of flare, with the facial expressions of the soldiers showing in great detail how much pain they're in. There's also a good amount of gore in the opening scene that demonstrates the demon lord's power and thirst for chaos, earning that small "Parental Advisory" stamp that lies on the bottom-left corner of the volume.

Thus far, Record of Grancrest War starts off on a good foot towards an adventurous story. Although the Western world can't compare the manga version to its light-novel origins, one can assume that Yotsuba is handling the adaptation task well enough to keep Mizuno's original voice. What sort of battles awaiting Siluca and Theo remain to be seen; for now, consider this introduction to this world ruled by Chaos a fine first volume that will entertain many lovers of the fantasy genre.