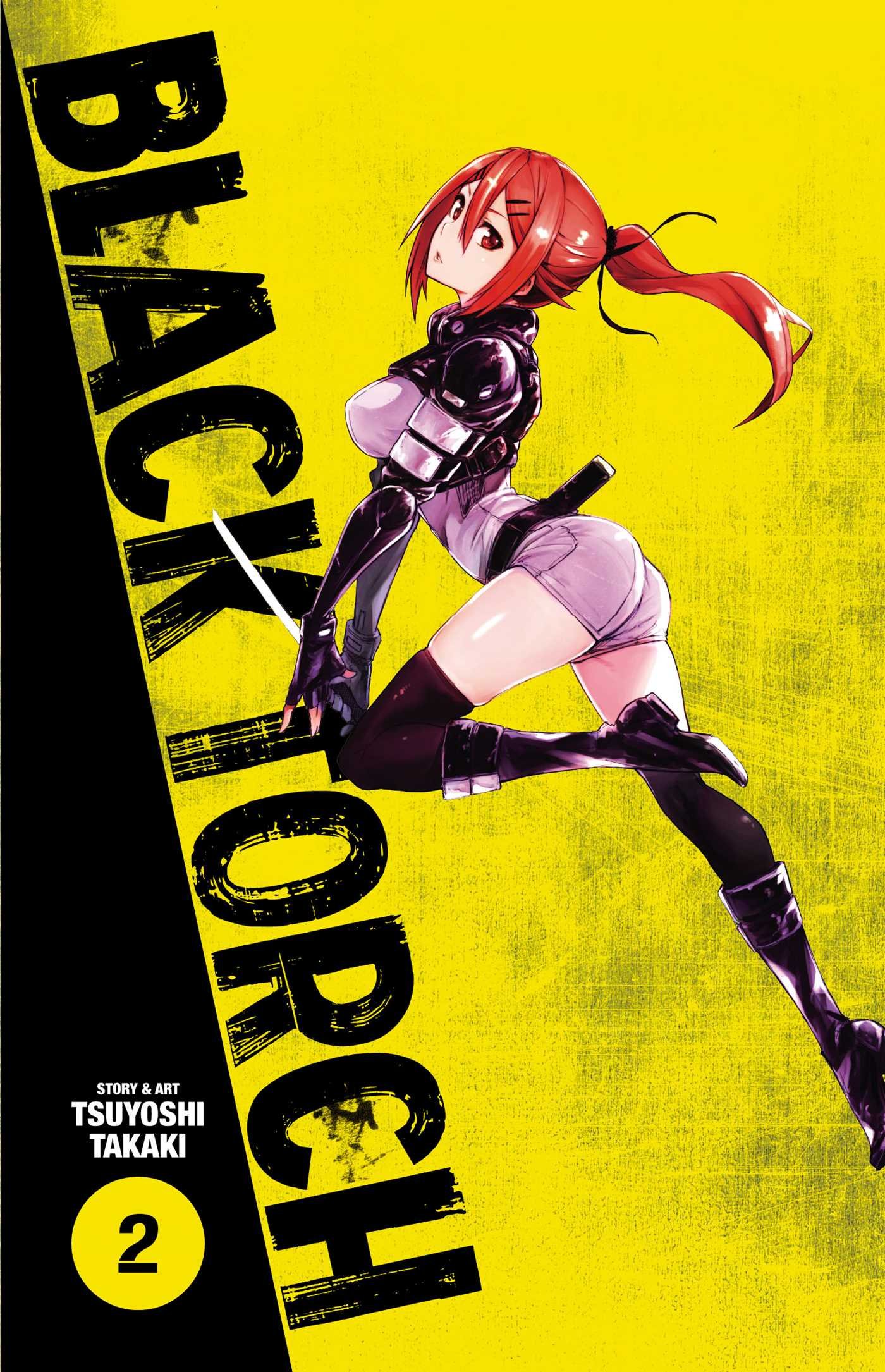 The debut volume of Tsuyoshi Takaki's Black Torch wowed me when it was first released, showcasing a fantastic smorgasbord of action, comedy, and very likable characters. Though some may compare it to Tite Kubo's Bleach in places, Takaki's work seemingly places more focus on wanting it to look cool and badass right where it counts. Its second volume continues on with that mentality, and does so with a maniacal grin planted on its face.

Continuing off from the previous volume, Jiro and his newfound feline Mononoke pal Rago find themselves joining the ranks of the Bureau of Espionage. Under a new team dubbed "Black Torch", Jiro and his new teammates Ryosuke and Ichika aim to find out how Rago escaped from his prison, as well as who assisted to break him out. Newcomer to the team Reiji faces off against Jiro, and soon after dive into the mystery of the Mononoke that have been released. However, those responsible for Rago's escape slowly reveal themselves to the BoE, and -- spoiler alert -- they're not that nice. 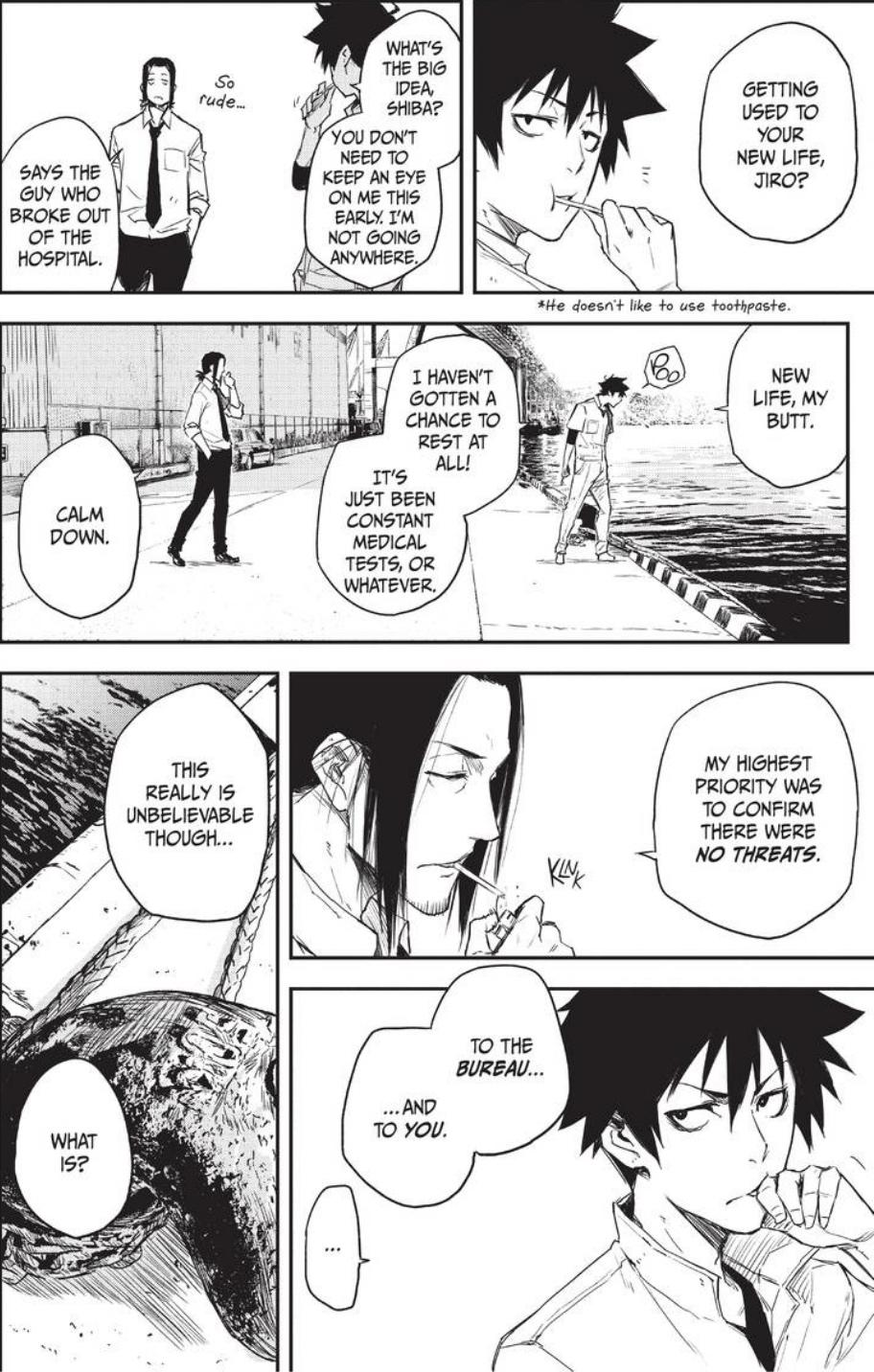 What I love most about Black Torch is how it cuts off the fat that usually weighs down a shonen series. Although there's time to chat about the how's and why's of people's reasons for being involved, the manga doesn't cave to too much exposition. Instead, it just wants to focus on the fights and battles at hand. Although that does give way to a more Michael Bay sort of mentality, Takaki makes sure that his characters aren't just one-dimensional Rock-'Em Sock-'Em Robots engulfed in meat suits.

Instead, Jiro, Ichika, and Reiji are written with a good amount of respect pushed in for their individuality. Yes, it does cause the characters to clash here and there (as most of these series tend to do), but it's to help create a far deeper and satisfying bond than simply having like-minded individuals team up. By fighting, they learn their flaws, which help them when they face off against their first threat: another Mononoke carrier by the name of Koga. It also helps that even in the most harrowing of moments, the tension can be cut with a good humorous quip and break that dark mood in a fun silly way. 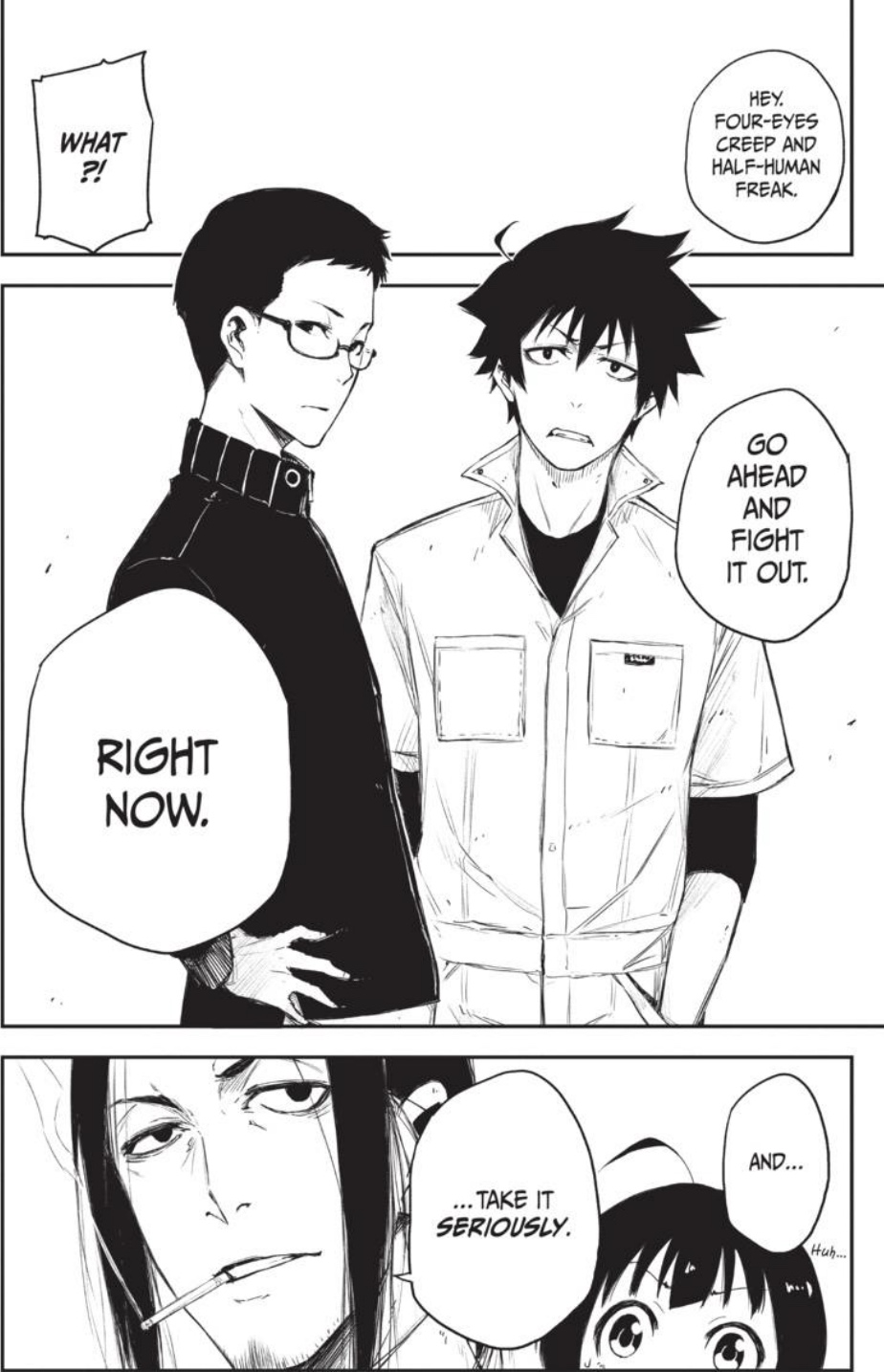 Once again, it's the action that shines brightly in this volume, with the battle between Jiro and Reiji demonstrating their skills and will (or lack of will) to work with one another. It's fast-paced, gets to the bone of the battle, and it helps ease the angst the two have for one another. The fight with Koga also gives way to a fine showcase of the power that the other side has in their pockets. (Intelligence, on the other hand, appears to be lacking on both sides when it comes to every one's attitudes.) Although we only get a taste of what she has to offer, Mononoke newcomer Fuyo is itching to be a crowd favorite in the series, especially with her little demonstration of the power she unleashes on her Black Torch allies.

Volume Two of Black Torch packs one hell of a wallop! Action-packed and humorous at all the right spots, Takaki demonstrates a masterful craft in the art of the shonen manga. Though it may leave readers at the edge of their seats with its cliffhanger ending, the latest addition to Black Torch's story manages to give its audience everything they want and still leave them wanting more. Thankfully, more is what seems to be on the menu in the not-so-distant future.