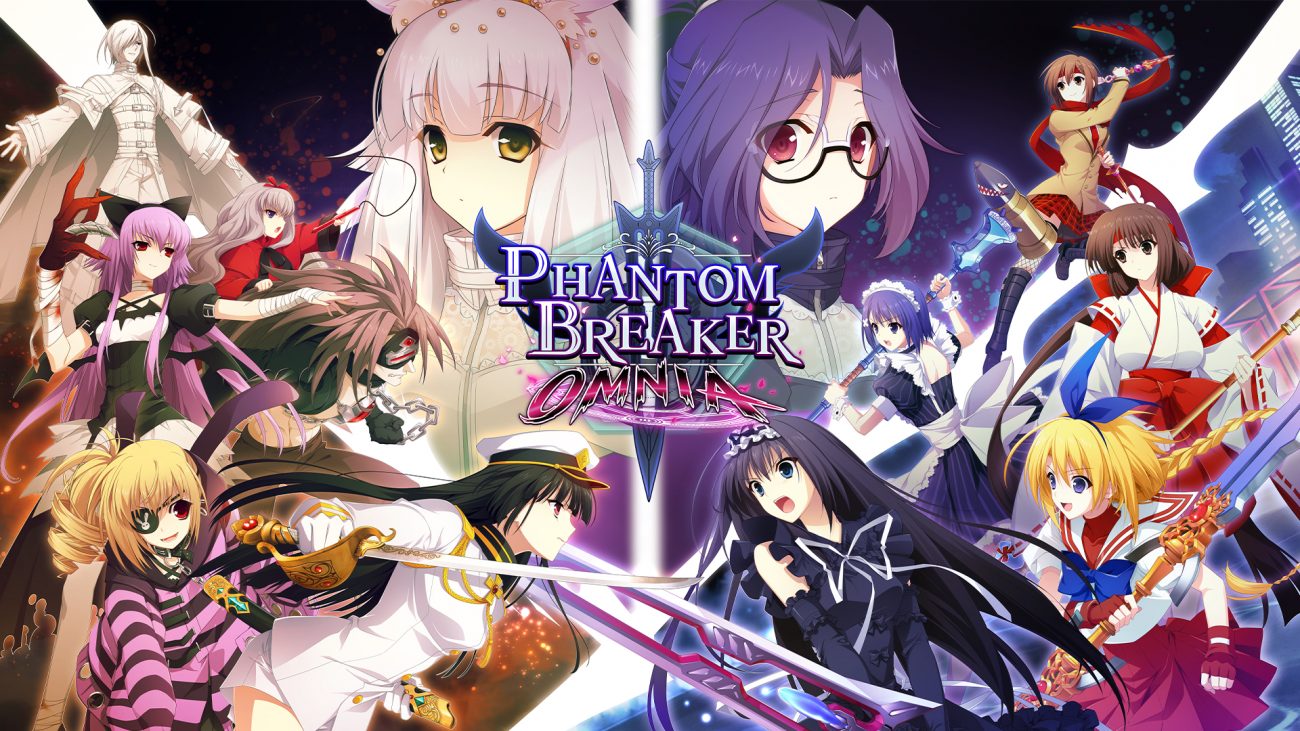 The history of Phantom Breaker in the West is a strange one. Up until this year, the only title in 5pb.’s franchise that’s made it over here has been its side-scrolling spinoff Battle Grounds. However, its original fighting incarnations — on top of the visual novels they spawned from — have never come to our shores. Now that Rocket Panda Games has exclusive rights to the IP, we may in due time see more of this formerly Japan-exclusive fighter pop up on our PCs and consoles. And we can all thank the latest game in the series — Phantom Breaker: Omnia — for finally letting all of this happen.

A massive update to the original Xbox 360 title, Phantom Breaker: Omnia brings 20 characters to the stage to battle for the ultimate wish. On top of having the likes of Steins;Gate’s Kurisu Makise and Chaos;HEAd’s Riki Sakihata returning, two new fighters Artifactor and Maestra are also in the running to have their dream granted by the mysterious Phantom. From Ren wanting to cure his sick sister to Mikoto wanting to restore her uncle’s hearing, every person here has a reason to fight. Of course, every big wish has its price, which is why the likes of Fin and Waka aim to stop Phantom from achieving his own goals. 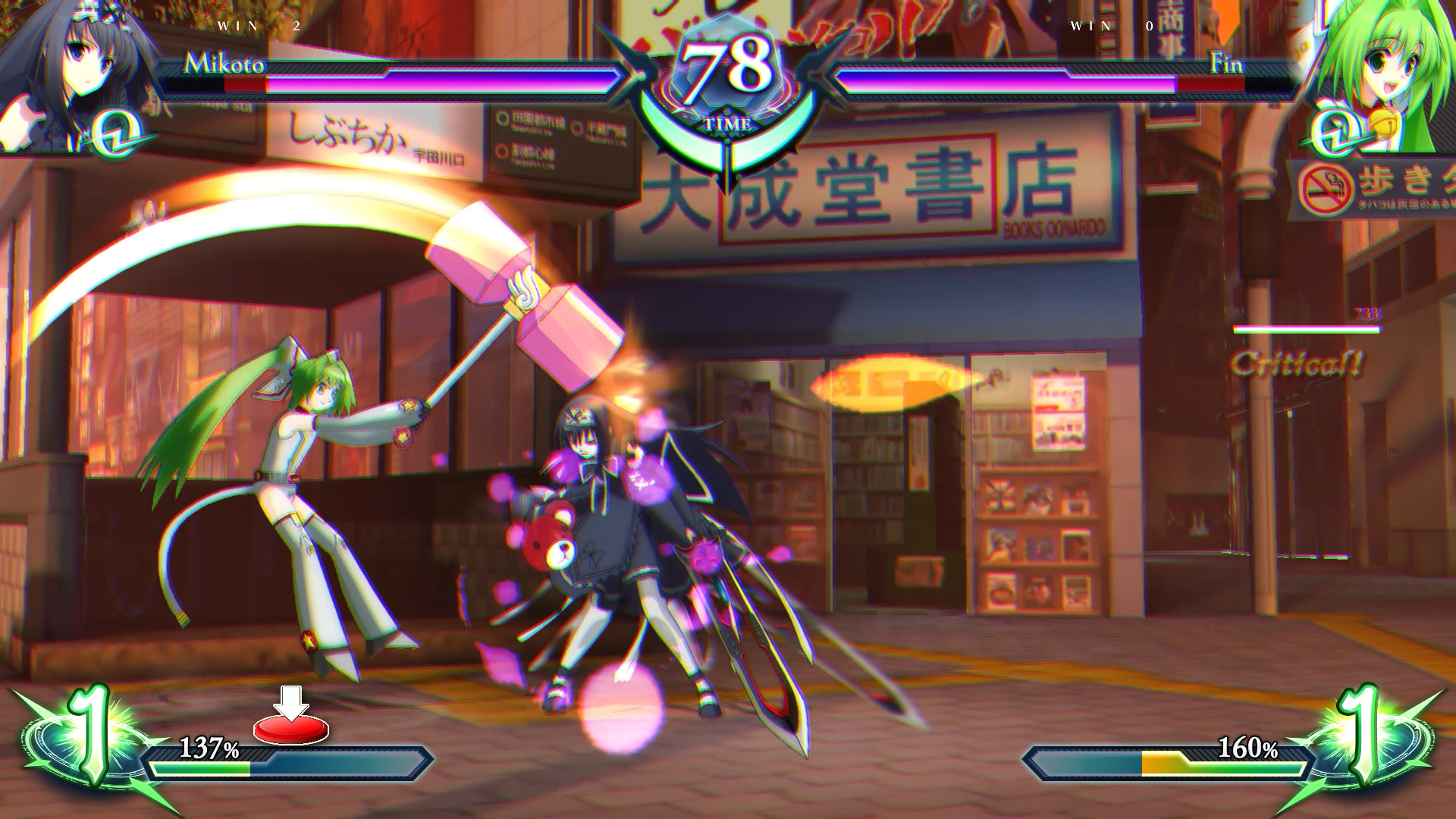 Phantom Breaker: Omnia gives players a chance to use their characters three different ways. With Quick Style, one can use Slip Shifts to avoid attacks and Clock Up to slow down their opponents. Hard Style emphasizes heavy combos, although lowers a character’s speed. If you want a bit of both, Omnia Style is where it’s at, with easier combos and All-Range Attacks for the price of a couple of modes being negated.

Whichever mode you choose depends on one’s comfort level. What makes this game great is the fact that it was built to satisfy any fighting game lover, be it the ones who like to move fast or the ones itching to get harder attacks thrown. However you find yourself playing fighting games, Phantom Breaker: Omnia will cater to your skills. And skills are something that you will definitely need once the fights begin! 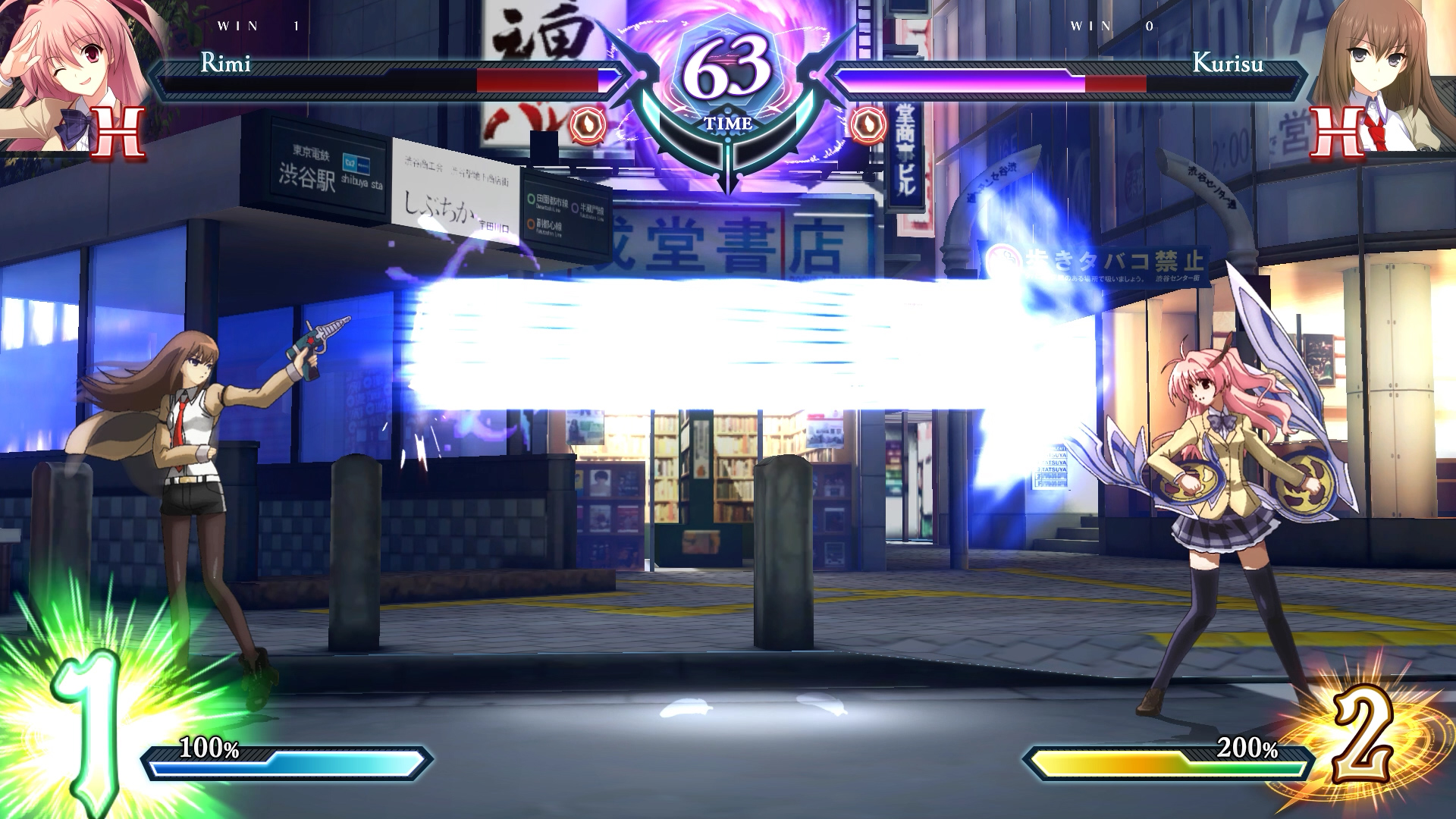 This leads me to one of the strongest aspects of the game: its difficulty. While Omnia will hold your hand in some fashion on Very Easy and Easy modes, Normal and above will let you test your skills out to their maximum levels. These fights are very fast-paced, even when playing with an AI opponent. (I actually lost count of how many times I lost a match without me scoring a single hit on the Normal setting!) Even if you’re accustomed to fighting games, you might find yourself having to turn the difficulty down in order to move on.

There are also plenty of modes for players to experience all of Phantom Breaker: Omnia. From the classic Arcade gauntlet mode and Time and Score Attacks to Endless Battles, the game offers various ways for players to rough up the competition. However, if one wants to get to know these characters more, then the Story Mode will offer you plenty of background on these women and men who are itching to have their wishes granted. All of them offer their own assortment of challenges and fun, although don’t expect to get through them easily! 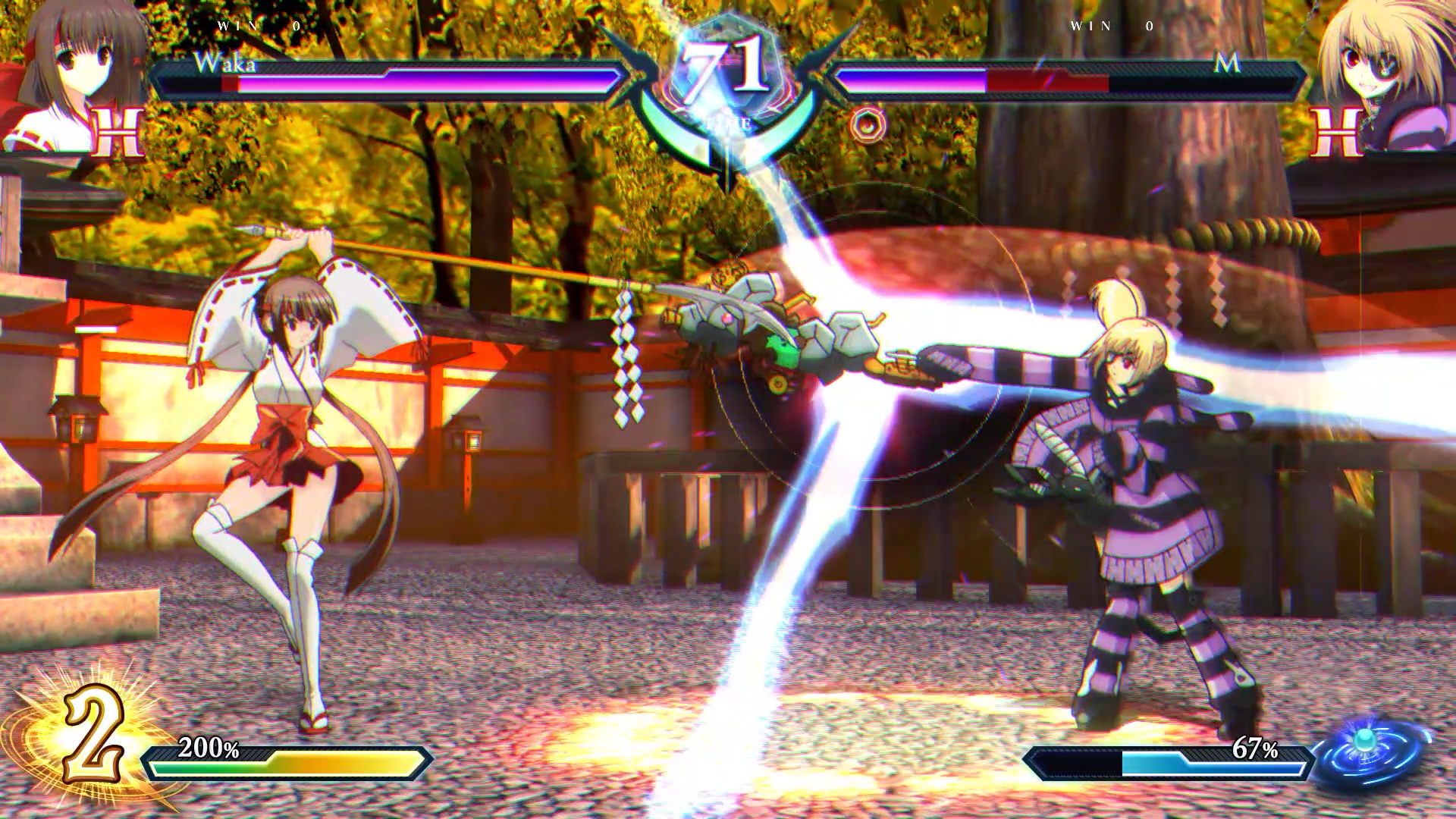 Surprisingly, despite being a challenging fighter, its controls are actually a lot easier to handle than most. Combos and heavy attacks are cinch to initiate, depending on one’s timing. However, I did have some issue with trying to pull off the Special Moves, which I found missed my opponents more than actually hit! But with a little old-school button-mashing, I managed to get the job done even in the most sticky of situations.

Visually, Phantom Breaker: Omnia fires on all of its cylinders. The anime-like style has a gorgeous flow when characters are fighting on the stage. From a design perspective, they take plenty of cues from early 2000s shows, with big-eyed faces and elaborate costumes that seem fit for that era’s visual novel scene. All of it is showcased with great flare, as the battles capture the same level of excitement that we’ve come to expect from the anime medium. 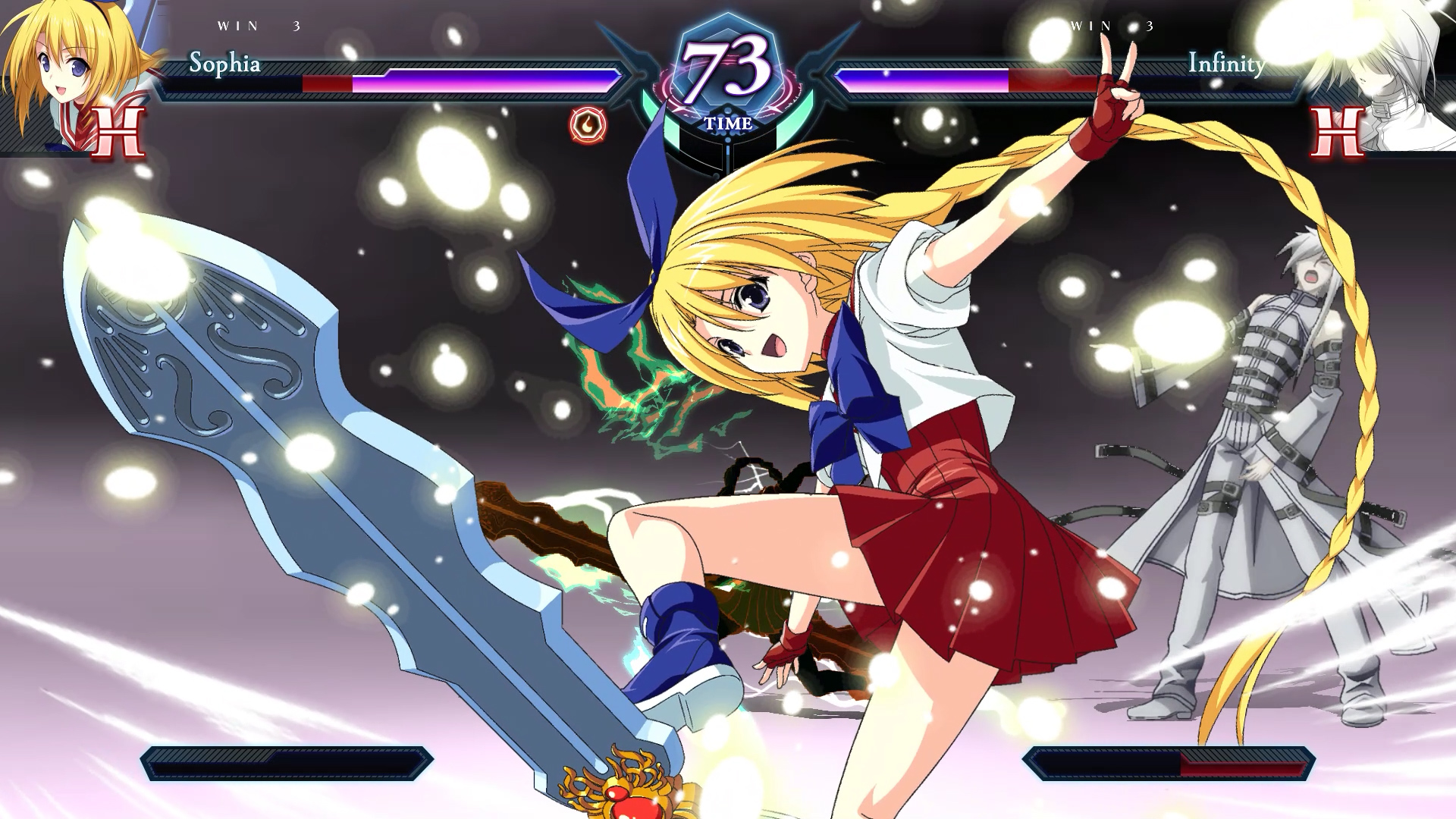 A special nod should also be given to the English and Japanese cast, which is made up of newcomers and veterans in the field. Both Nana Mizuki and Erica Mendez bring plenty of regret to their vocal tone as Mikoto, while Tomoko Kaneda and Monica Rial deliver the cuteness as Fin. Kenichi Suzumura and Alejandro Saab are filled with determination as Ren, whereas Ai Matayoshi and Luci Christian turn up the fangirl attitude as Cocoa. The music soundtrack — both its original and Remix — are also bangers, as they deliver plenty of bass and beauty in the sounds that engulf the fights you play in.

It has taken a very long time for Phantom Breaker to finally arrive on our shores. But the wait was worth it, as Omnia demonstrates the series’s strengths on all counts. Even with the fighting genre currently drowning in all of the games being released this year, Phantom Breaker: Omnia deserves plenty of attention here or at your next big tournament!