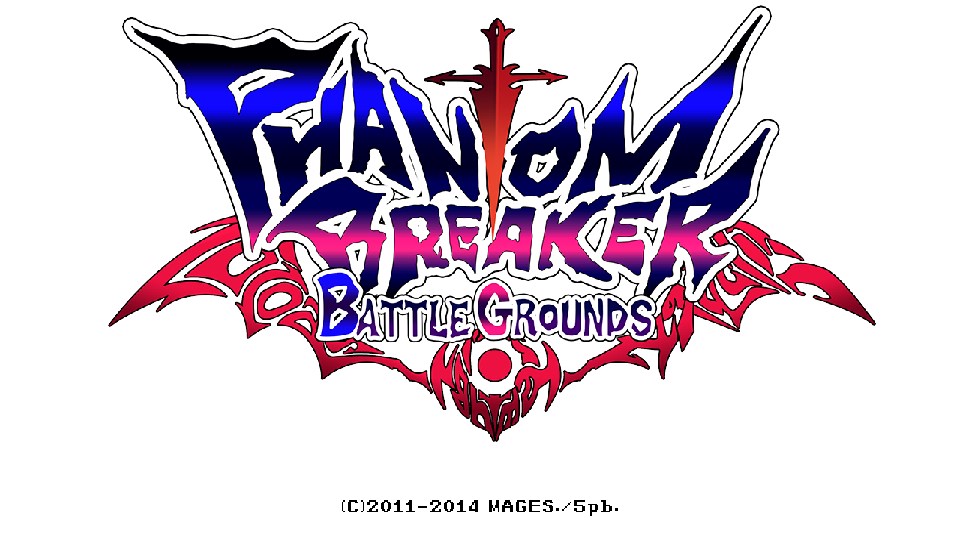 It's a curious thing when brawler spin-offs of fighting games make it to Western audiences, yet the game that inspired it still has yet to make the leap. At least this port of the 360 version of Phantom Breaker: Battle Grounds could help give the series the level of exposure it needs on a newer Sony platform. Plus, the Vita needs games any way it can get them, port or not. Thankfully the transition from console to handheld is pretty good.

Phantom Breaker: Battle Grounds is a brawler spin-off of Phantom Break, a fighter that was released on the Xbox 360 Arcade awhile back. Strangely the fighter that Battle Grounds is based on has yet to make it over to the West, but it is coming soon. Battle Grounds' story, however, is very simple: Two sisters have their little sister Nagi kidnapped by the Phantom Organization, just because. So they and their two other female friends give chase to try to save Nagi. 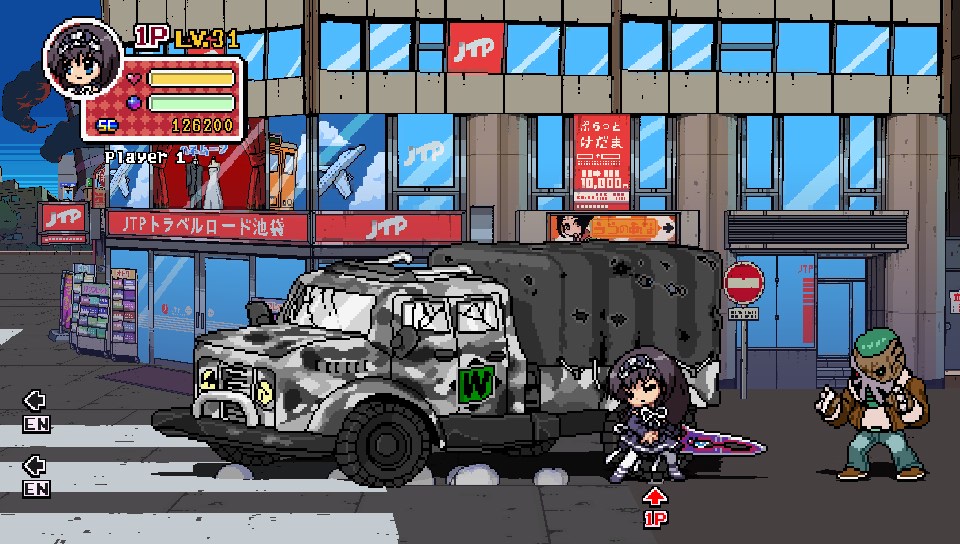 The gameplay then consists of playing through levels in a brawler fashion with fighting game like mechanics. You have light, medium, and heavy attacks, along with a special attack button. The special attacks use MP, and if you have max out your mp you can also unleash a powerful attack the pretty much kills everything on screen. You can even activate an overdrive mode to speed up and power your attacks.

Since the game plays like a fighting game, to attack the enemies in the background, you'll need to switch the layer of the background you are playing on. This will also help with getting out of sticky situations. It's also pretty reminiscent of Guardian Heroes in this aspect. Even more to the tat point is the character progression system. You collect crystals for exp, which will give you skill points to boost your stats or unlock skills. 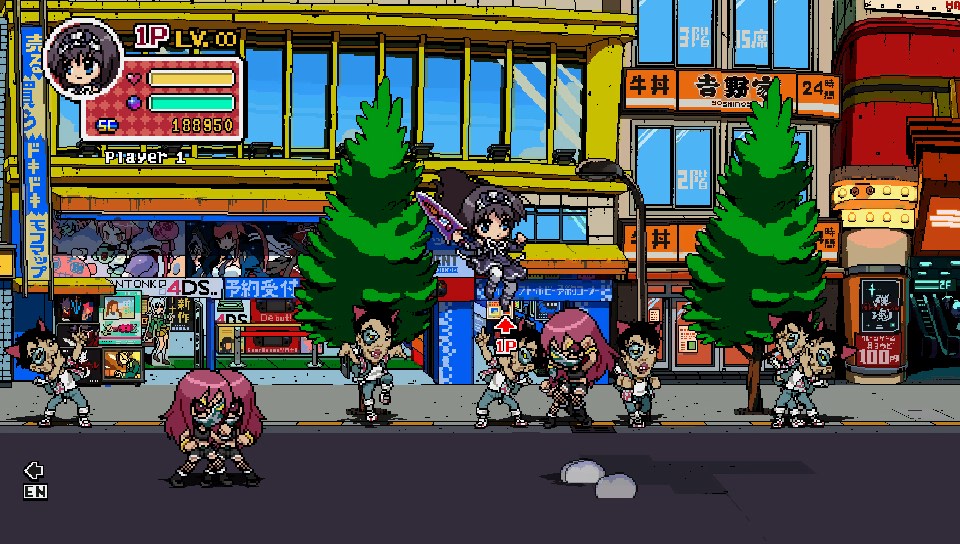 The game is short and only has seven levels, but each of the main characters has a separate story. To add more replayability, there are trophies to collect for completionists, but the trophy list isn't as big as the 360's. There is also online co-op play, as well as an ad hoc mode to play locally with others. Finally there is a deathmatch mode called Battlegrounds. The game does have voice acting, but it's only in Japanese once again. The visuals and music take on a retro flair, with 32-bit style visuals, but also accompanied by the rather strange but still pleasing 8-bit chiptune soundtracks. The game runs at a constant 60 frames per second, so the transition didn't impact the gameplay in any negative way.

The newly released PS4 port called Overdrive does add some new features like new levels, routes, and items to pick up. In addition, there are new skills to learn when you level up. It doesn't add much more than that, but the game does sport more on screen enemies and a remixed soundtrack that swaps out 8-bit chiptunes for FM synth that sounds more like a PC-98 or X68k game, with some MSX SCC+ stylings thrown in for good measure.

Be prepared to have sore wrists while playing though, especially on the Vita. A grip controller mold is recommended to alleviate the potential discomfort. Also a bit of a letdown is that the Kurisu DLC pack is still sold separately and it gates the increased level cap instead of having them integrated into the game. While Kurisu not having a story mode makes some sense, the hidden characters don't have a story mode either. However if you like brawlers, own a Vita, and still haven't picked up the 360 version, Phantom Breaker: Battle Grounds is a fun little romp. Don't take the warning about the sore wrists lightly, though. I mean it!

The Good – The game is a simple but fun brawler with some character progression laced with layered level structures reminiscent of Guardian Heroes.
The Bad – Extra characters do not have a story mode.
The Ugly – Many of the bosses are cheap.

SUMMARY: A decent brawler based on the fighting game of the same name, which is also eventually coming to the West.

Review code of the Vita version provided by Gail Salamanca of Strangely Compelling.

Review code of the PS4 version provided by Ben of Strangely Compelling.