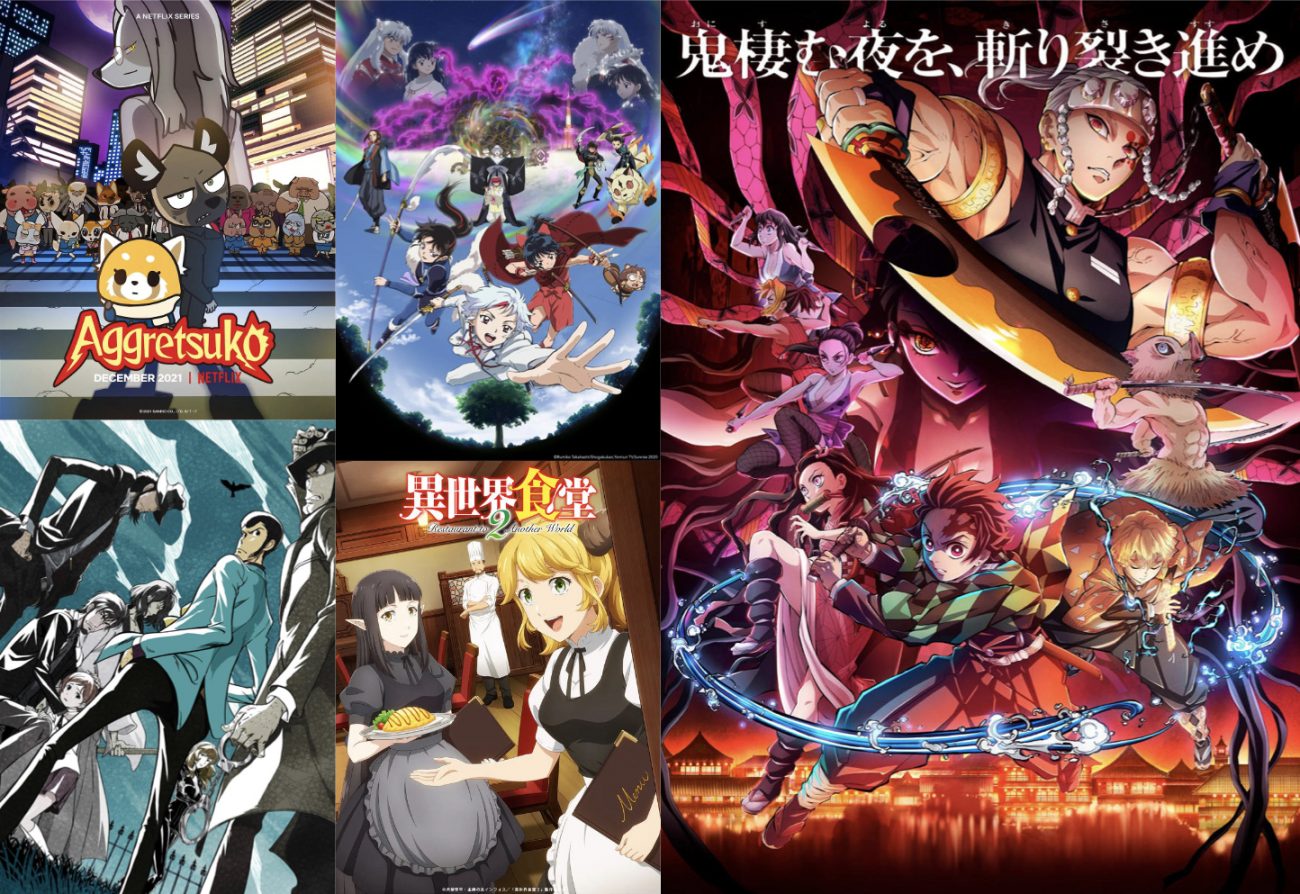 With 2021 wrapping up, a plethora of returning favorites found themselves making waves in the anime realm. From Tanjiro to Jigen, the familiar faces made their presence heard, sending a surprising amount of shockwaves throughout the fanbase. But which returning shows made their mark permanent, and which ones faded off soon after the next storm of anime arrived? Let’s take a look at some of Fall 2021 returning anime programming! 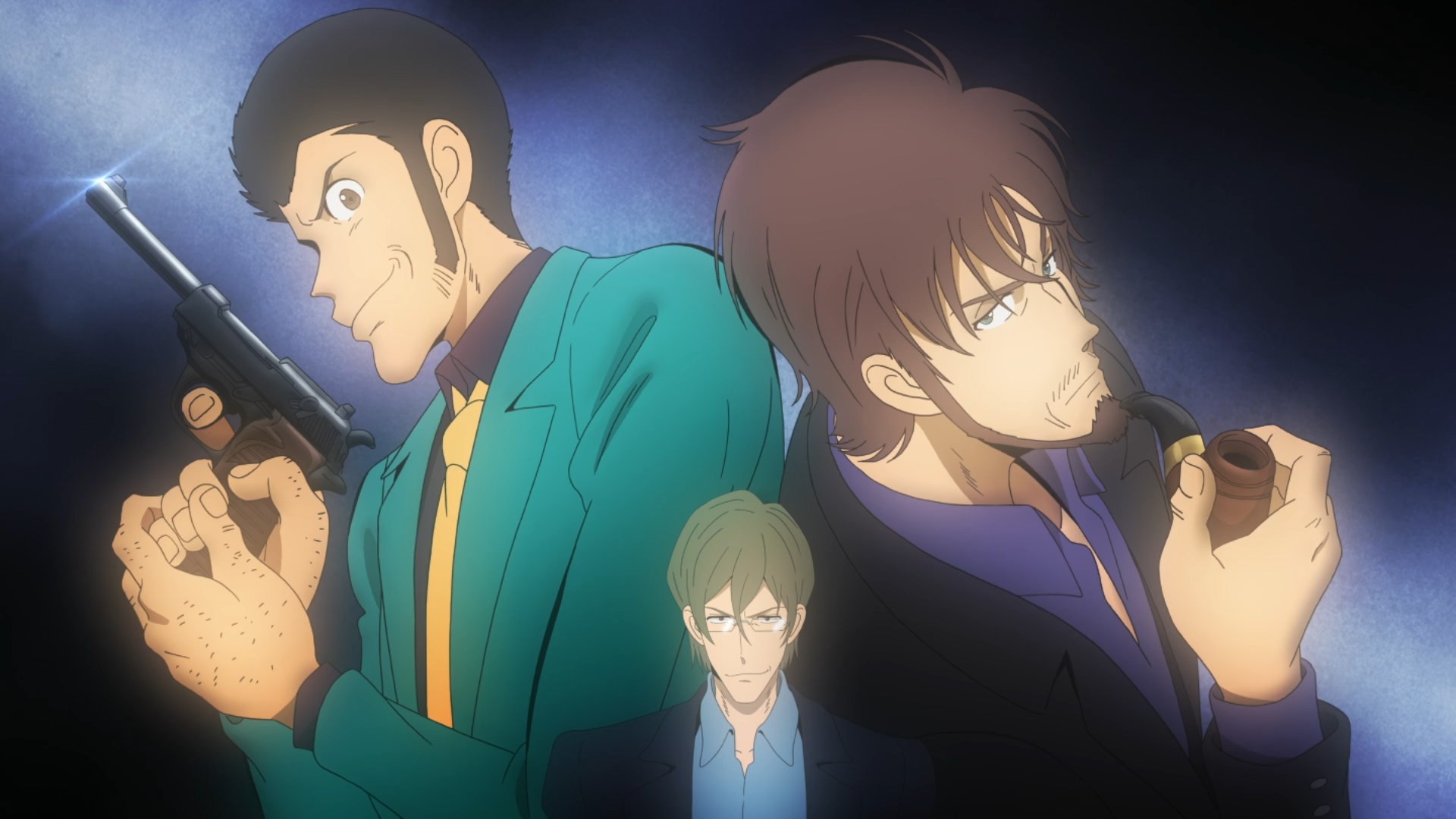 The grandson of the gentleman thief is back, and this time he’s brought back his original green jacket for a new assortment of heists. Only this time, the one and only Sherlock Holmes is on his trail. Watson is dead, and the No. 1 consulting detective thinks it was Lupin that pulled the trigger to end his partner’s life. However, as the narrative goes on, things aren’t as clear cut as they seem!

Many of the elements that have made Lupin The 3rd the iconic series have stayed put, even as the anti-hero and his crew enter a more technologically advanced world. Where Part Five showcased how they could steal and survive when there are cameras everywhere, Part 6 puts a spotlight on how old tricks can become fresh and new again. Even as people and attitudes change (especially Jigen, whose original voice actor Kiyoshi Kobayashi retired after an impressive “Episode 0”), their motives and heart stay true to what has made these characters great. Adding Sherlock Holmes to the mix amplifies that mixture to bring forth a delightfully fun (and often dark) story arc.

Bringing in the likes of Mamoru Oshii (Ghost in the Shell), Masaki Tsuji (Astro Boy), and crime novelists Taku Ashibe and Kanae Minato to write added some flair to the iconic Lupin. From Oshii’s stylistic “The Killers in the Diner” and Tsuji’s entertaining “Adventure Along the (Bogus) Transcontinental Railroad” to Ashibe’s time-traveling “The Imperial City Dreams of Thieves”, Lupin’s adventures continuously have a new spark lit that never dies down. Never a dull moment in the show, Lupin The 3rd: Part 6 continues with the franchise’s high-rolling and jackpot-scoring comeback with the greatest of ease!

Lupin The Third: Part Six can be viewed on HIDIVE, and has been licensed by Sentai Filmworks. 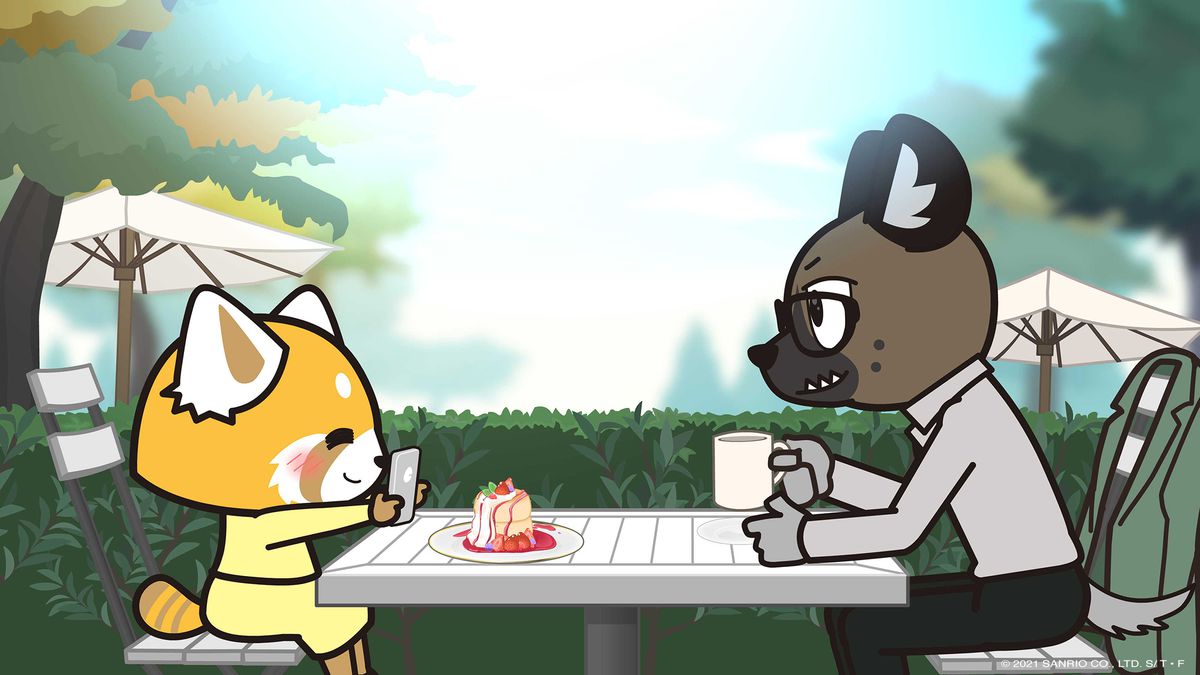 If you had told me that the creators of Hello Kitty would create the most relatable adult show in my life, I would’be laughed. And yet, in these last four years, Aggretsuko has spoken to the heart, soul, and mentality of many people in their 20s and 30s. While Retsuko is the main star of the show, Season Four of this Netflix Original takes a much more different route, as Haida takes center stage. What comes out of it is a story filled with scandal and work toxicity.

After Haida saves the company president, the external director Himuro takes to the position and starts making some changes. Kabae’s job is in jeopardy, and Haida winds up taking Ton’s job as the director of the accounting department. But Haida finds himself in the midst of a moral dilemma, as Himuro asks of him to do some illegal changes to the numbers. As Haida spirals down a bad rabbit hole, it’s up to Retsuko and the rest of the team to smack him back onto the right pathway.

Even though the karaoke aspect takes a back seat, the fourth season of Aggretsuko delivers a powerful (and realistic) narrative about terrible work environments. Most importantly, we get plenty of progress between the relationship between Retsuko and Haida, in ways that truly satisfying! However, Haida’s attitude change as he takes a bigger role does put their coupling into question, even as the season reaches its conclusion. With a fifth season already announced though, it’s clear that there’s still plenty of room for growth in Aggrestuko’s future!

Aggretsuko can be viewed on Netflix. 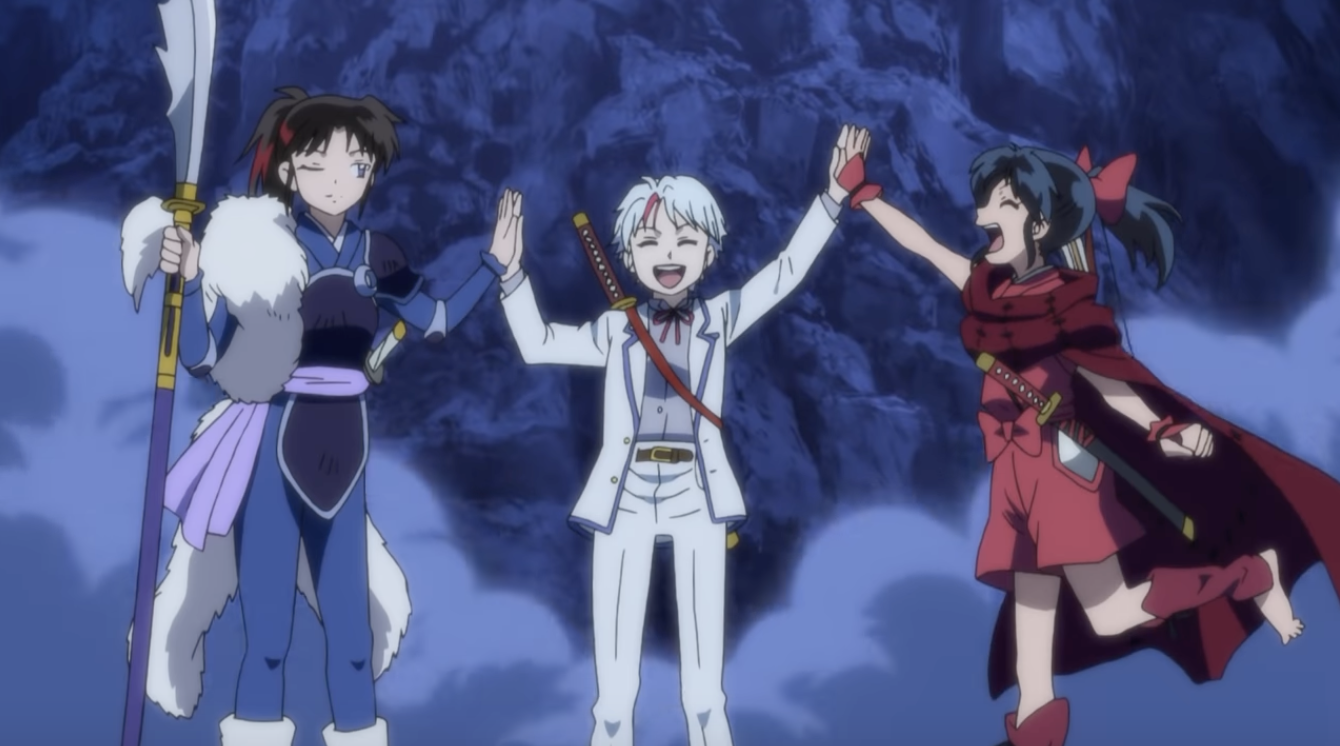 Okay, I’ll admit that I was a little too excited about the first season of this InuYasha continuation. Can you blame me? It started off great, but halfway through, even I could spot its many flaws in the characters of Towa and Setsuna, to the point where I just wanted more of Moroha! But even when the first season ended on an eye roll, it nevertheless made me want to see where it would go next? Does YashaHime redeem itself? Eh, kinda?

After Towa manages to revive Setsuna, the two attempt to find a way to save their mother Rin from Lady Zero. The team-ups with their dad Sesshomaru are pretty fun, with Jaken’s presence bringing some of that humor that this series has needed to give it that true InuYasha feel to it. However, I can’t help but still groan whenever Kirinmaru appears, as his villainy can’t light a candle to the OG Naraku. It results in a story that has its moments, only for them to pull you away from the excitement with its dull internal monologues and one-note characters.

Thankfully, Moroha grabs the spotlight when she nabs the pearl that InuYasha and Kagome are trapped in. What follows is everything YashaHime should’ve been in the first place, with a tear-inducing family reunion with some true-to-form Rumiko Takahashi-tinted action and comedy. Right at the get-go, I said that the real star should’ve been Moroha, and her interactions with the original series’s characters have shown why she fits more into the narrative than Sesshomaru’s daughters have. Hopefully, Season Two will end on a good note, with the whole team now back in action. But then again, we all have been disappointed by YashaHime before…

YashaHime: Princess Half-Demon can be viewed on Crunchyroll, Funimation, VRV, and Hulu. It has been licensed by VIZ Media.

Restaurant to Another World: Season Two 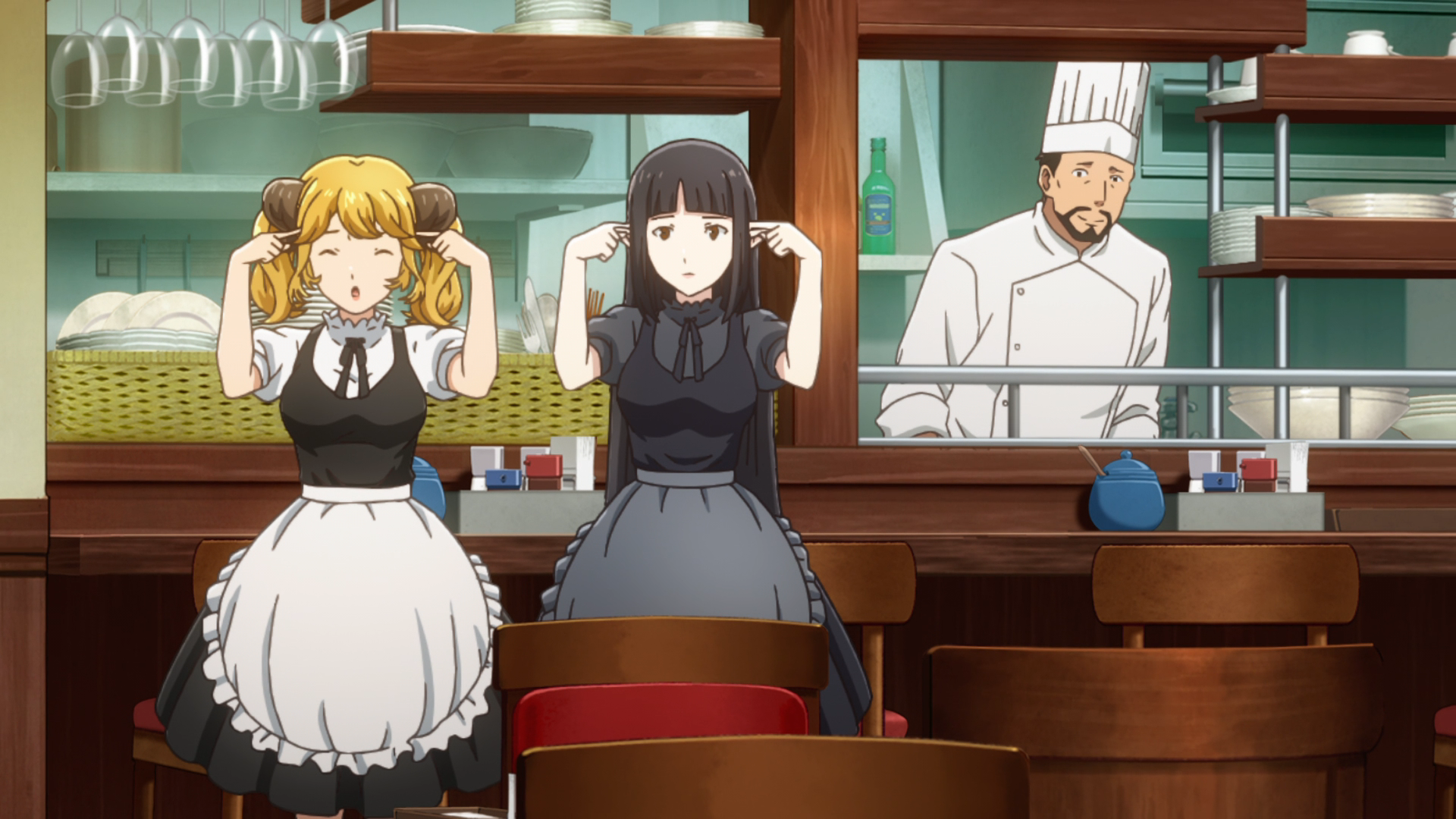 The first trip to Nekoya back in 2017 was a slow-yet-satisfying trip to a medieval world with tasty foods. So I was legit surprised that Restaurant to Another World got a second season. With OLM (OddTaxi) taking over the animation duties from Silver Link, this new season dove deeper into the relationships & tastebuds of many of the customers that entered through that door every Day of Satur.

Despite there being no real character development in Master, Aleta, and Kuro, it’s sort of nice seeing how they interact with the elves, monsters, and royalty that enter Nekoya. How these relationships blossom is paced in a playful way, with even the biggest of enemies literally breaking bread over how good Master’s food is. It also brings romance to the table, with two recurring characters finding themselves getting hitched and using the Nekoya as their banquet location.

But the real star of Restaurant to Another World is the cuisines, which OLM does an amazing job bringing to life in animation. How a beefsteak sizzles, a cheesecake crumbles, or even a cream croquette spills out is shown with such amazing detail. Even if you don’t find yourselves attached to the characters, you can at least be enchanted by the food that dazzles your screen!

Restaurant to Another World can be viewed on Crunchyroll, Funimation, and VRV. It has been licensed by Crunchyroll & Funimation. 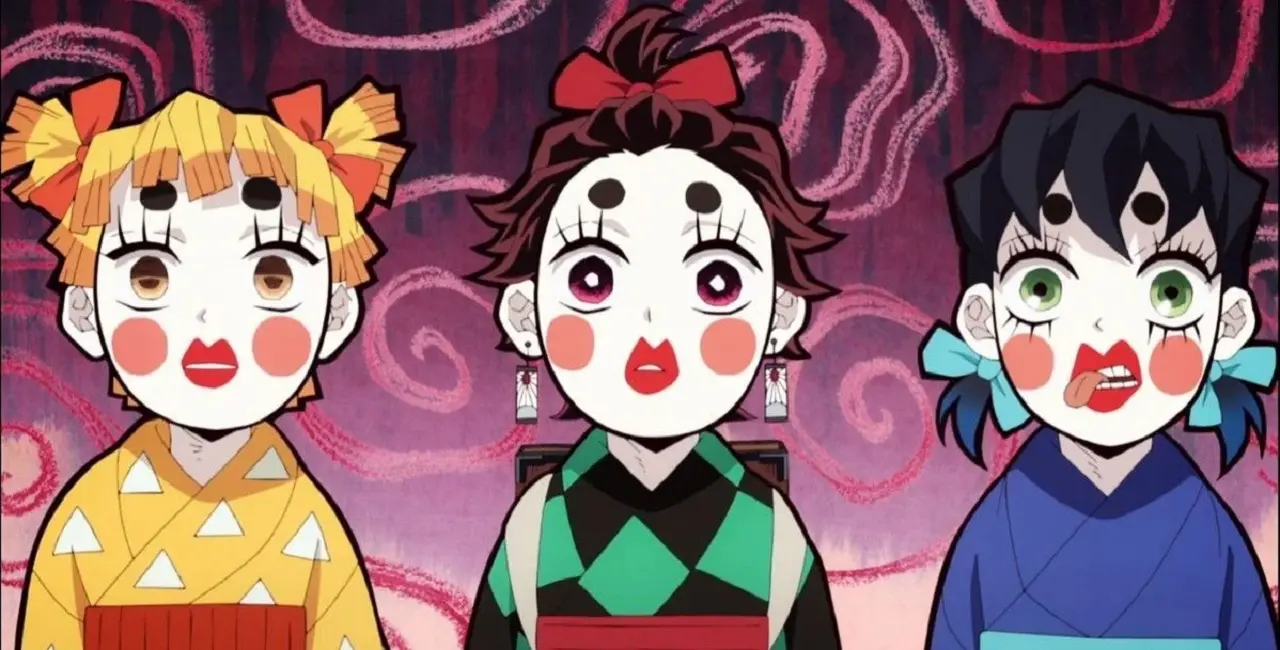 These last couple of years, Demon Slayer -Kimetsu no Yaiba- took the whole world by storm. On top of its manga and anime being super popular, it also managed to completely destroy the box office with its Mugen Train arc. With the anticipation of Entertainment District Arc, it looked like Demon Slayer was going to easily take over the Fall 2021 season. But then, ufotable had to go and do something really stupid! (And no, I’m not talking about its recent tax evasion problems.)

What was the point of re-airing the Mugen Train Arc as split-up episodes?! Everyone who is a Demon Slayer fan had already watched it on either the big screen or on streaming sites! Hell, they even aired the film on TV in Japan right before they started showing Season Two! It’s a decision that was not only dumb, but showed just how much Demon Slayer would be willing to go to squeeze out every breath from this Arc. 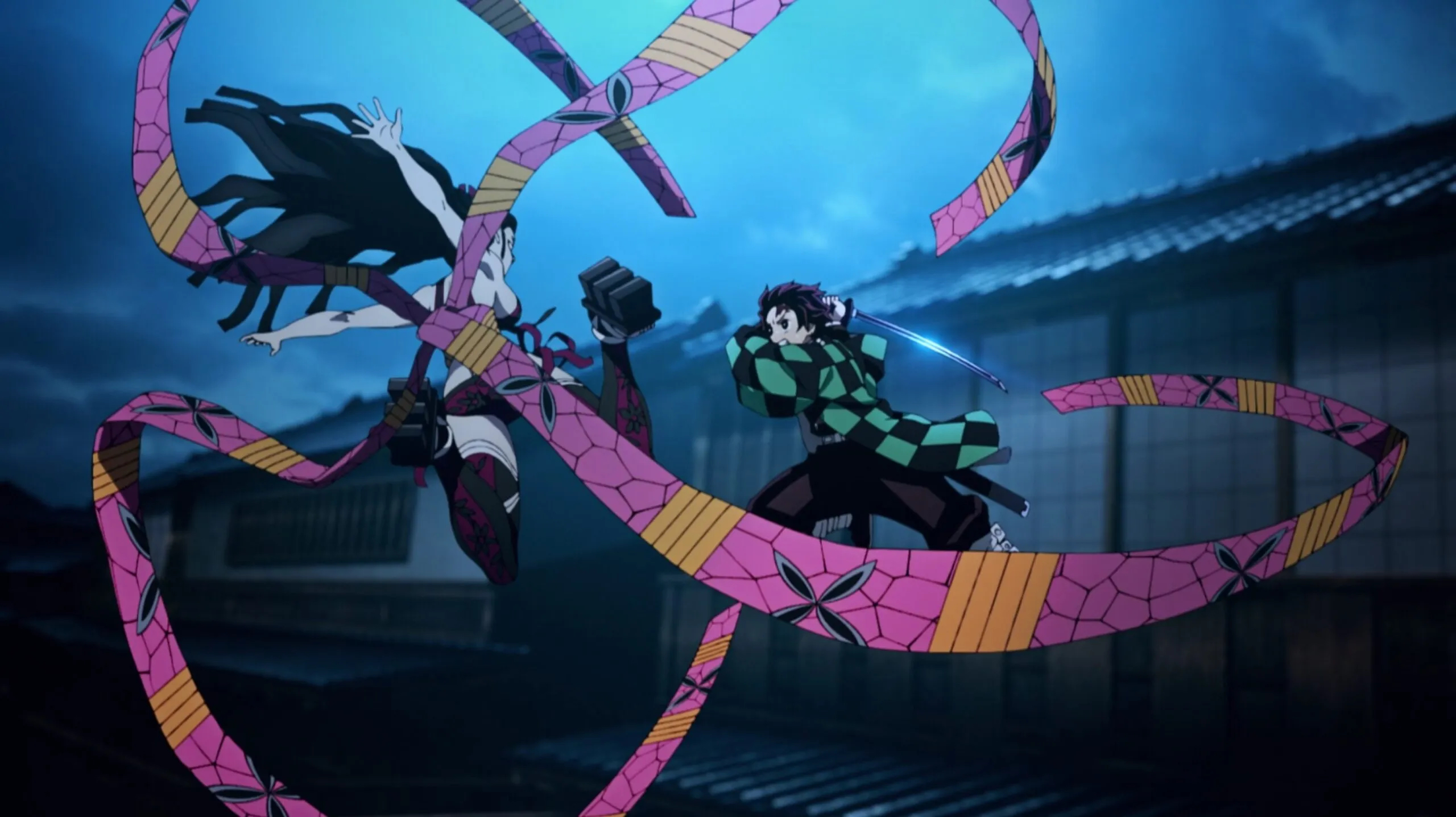 Fortunately, the Demon Slayer cow found itself rejuvenated with its Entertainment District Arc, as Tanjiro, Inosuke, and Zenitsu headed for the red light district. With the aid of Sound Hashira Tengen Uzui, the three set off to different courtesan Houses to find his three wives, along with any demons that may be present in the area. But when an Upper Six is found, it spells a kind of danger that couldn’t be predicted. As the four demon slayers fight to protect the city, a certain little sister finds a way to show her true power.

The Entertainment District Arc showcases ufotable at its absolute best, with the fight choreography displayed in the most gorgeous of details. Upper Six’s Daki proves to be a villain that’s not only detestable, but also incredibly formidable. Watching as she pushed Tanjiro to his very limits was the exact edge-of-your-seat entertainment that this series thrives on, and it didn’t disappoint in the slightest! Kudos also to the show’s ever-so impressive comedic timing, be it the slayers’ cross-dressing “talents” or even Zenitsu’s skills with a shamisen.

Demon Slayer’s second season may have started with a groan, but it’s managed to grab our attention again. The Entertainment District Arc constantly reminds us why we fell in love with this series in the first place, from its beautiful storytelling to its jaw-dropping animation. While the wind may have been taken out of its sails for half of it, Season Two of Demon Slayer has gotten itself back on course towards being one of the most memorable shonen anime series of the last ten years.

Demon Slayer -Kimetsu no Yaiba- can be viewed on Crunchyroll, Funimation, VRV, and Hulu. It has been licensed by Aniplex of America.