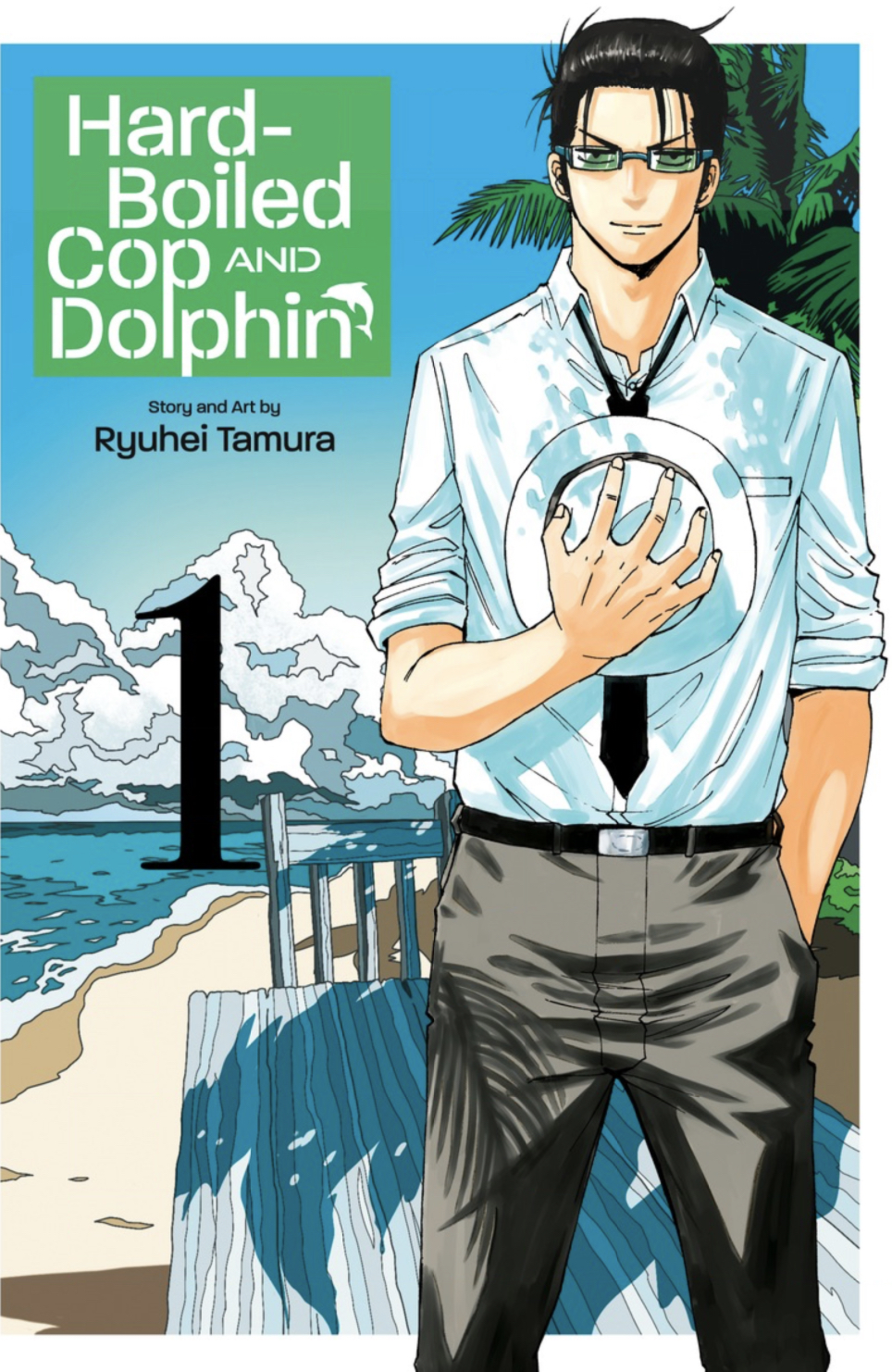 Very rarely have I found myself speechless after reading a manga. And yet, Hard-Boiled Cop and Dolphin — the latest series from Belezebub creator Ryuhei Tamura — has done exactly that. For the first time in a really long time, a new manga series has left me unable to conjure up the words needed to talk about it. There are many reasons why I feel like I can’t properly speak about Hard-Boiled Cop and Dolphin, with its premiere volume arriving like a jet ski on fire barreling through an obstacle course.

One of the first reasons why I feel like I can’t describe Hard-Boiled Cop and Dolphin is because any explanation of it would spoil the series’s biggest jokes. The series’s title may hint at what you’ll expect, but when you see it in action, you’ll experience reader whiplash! Looking at the cover, you might think it’s going to be a gritty cop tale in the spirit of Barakamon. But then you dive into Boyle Samejima’s story, and then you are greeted with the most batshit insane premise you’ll ever come across!

And yet, Tamura’s new manga manages to make the craziest of stories work. Its mixture of comedy, action, and sweetness results in a narrative that delivers some of the most purely unadulterated entertainment around. But a huge part of me feels like talking about what happens will ruin the surprises that this series constantly delivers. From Samejima’s mannerisms and his new partner Orpheus to the little girl Chako’s unique skills, every moment of this manga is just pure gold!

Perhaps the best way I can describe Hard-Boiled Cop and Dolphin is that it’s just a meme machine on almost every page. Every frame of this manga is something you’d show your friends to make them snicker all night long, both in and out of context. There are images from Tamura’s new series that straight-up left me laughing my ass off for minutes on end. I giggled so much reading this volume, that it left me light-headed and needing to take a break two chapters in!

The power of Tamura’s imagination is on nuclear levels. Samejima, Orpheus, and Chako deal with perps that look and act in ways I’ve never seen done in any form of entertainment! Without actually spoiling things, there are certain transformations that will make you think you’re experiencing a fever dreams of sorts while reading it. And it’s all drawn with such great and beautiful detail, down to the running joke of Officer’s Umi Nanase’s button-popping salute.

But I digress. Hard-Boiled Cop and Dolphin is a series that’s best to go in blindly to. And perhaps that’s the reason why this review is the way it is, as I cannot in good conscience ruin the experience of reading Ryuhei Tamura’s latest series. Perhaps I’ll go into greater detail for the next volume’s review, but for now, just take my word for it: Hard-Boiled Cop and Dolphin is unlike anything we’ve seen in the manga world!