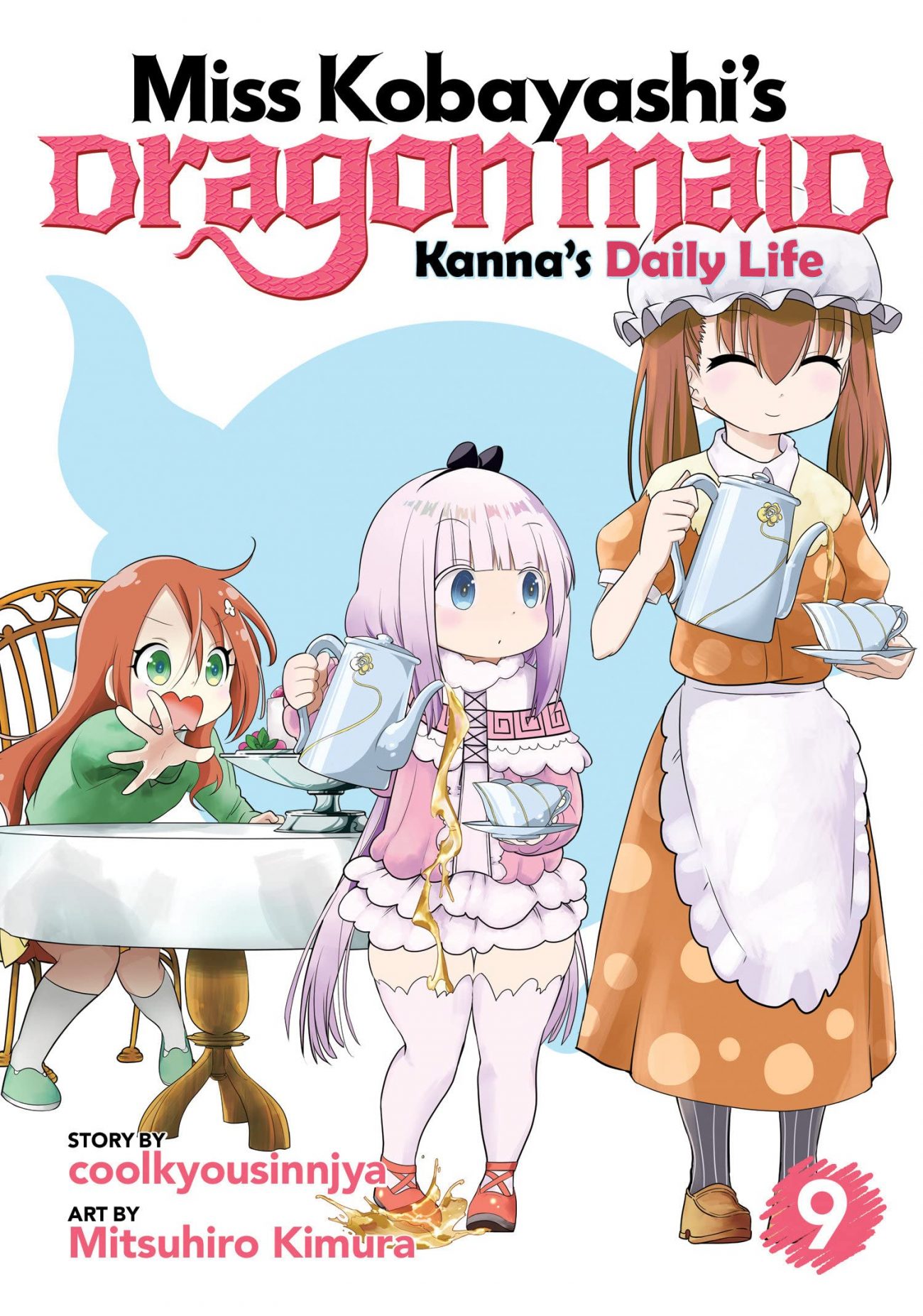 One of the things I like most about Kanna’s Daily Life is the way the series showcases the world of Miss Kobayashi’s Dragon Maid through a child’s eyes. There’s still that level of silliness to be expected, but there’s a wholesomeness that you don’t experience when the series focuses on Tohru. Even the most mundane things are presented with a ray of joy and happiness, all thanks to the smol dragon. This is very apparent in the ninth volume of Kanna’s Daily Life.

Kanna seeks a treasure box for her father’s letters, while she and Saikawa experience a science museum on a class field trip. Ilulu aids Kanna in a quest to find a missing girl’s parents, while an early morning winter walk to school lets her see the beauty a cold day brings. Meanwhile, Kanna has fun with one of Tohru’s sentient molts, taking full advantage of the fun that happens with a not-so-responsible adult. But things turn for the interesting when an elf girl from their world appears in their neighborhood. 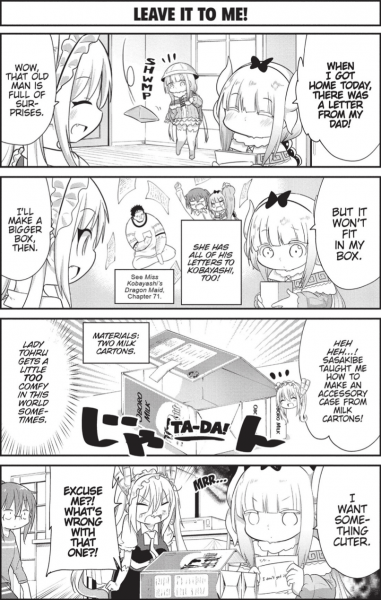 The object of Kanna’s Daily Life is to offer a sigh of relief after a long day. Kanna is seen more as the happy-go-lucky one of the dragons, a far cry from her prank-pulling troublemaker days. Although she’s still a big ball of energy, her positivity and sweetness is very contagious. A great example of this can be found in a chapter involving a couple looking at a nearby house. While Kanna acts all silly and playful, one of the neighbors finds herself seeing what the future would hold if she were to become a parent. It’s an endearing moment, one that’s capped off with an announcement that catches her husband off-guard.

But within the lore of Dragon Maid is the conflict between humans, dragons, and other entities. The chapter involving the elf girl demonstrates this, as she slowly warms up to Kanna, Saikawa, and the rest of the cast. However, despite her wanting to stay in the human world, it’s clear that not returning could result in a violent war bleeding into Japan. As such, despite her lazy ways, the elf girl finds a solution that’s both heartfelt and peaceful. 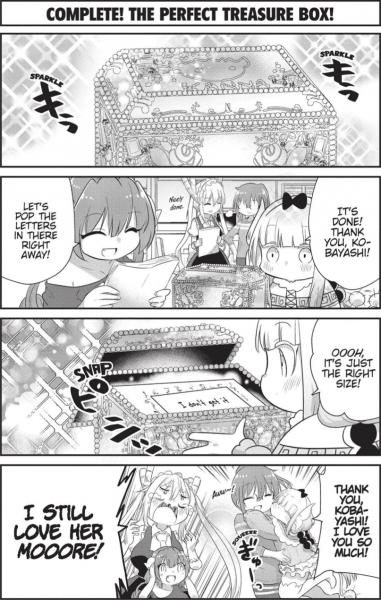 Volume Nine of Kanna’s Daily Life delivers one morsel of sweetness at a time. While it’s not as laugh-out-loud funny as the main series, these little side adventures give a great look at what happens when we see the world from Kanna’s perspective. It’s fun, touching, and — above all — pretty wholesome. Erm, expect for the one involving a bad breeze, which gives Kanna a bear-y good view of something that makes Saikawa blush.